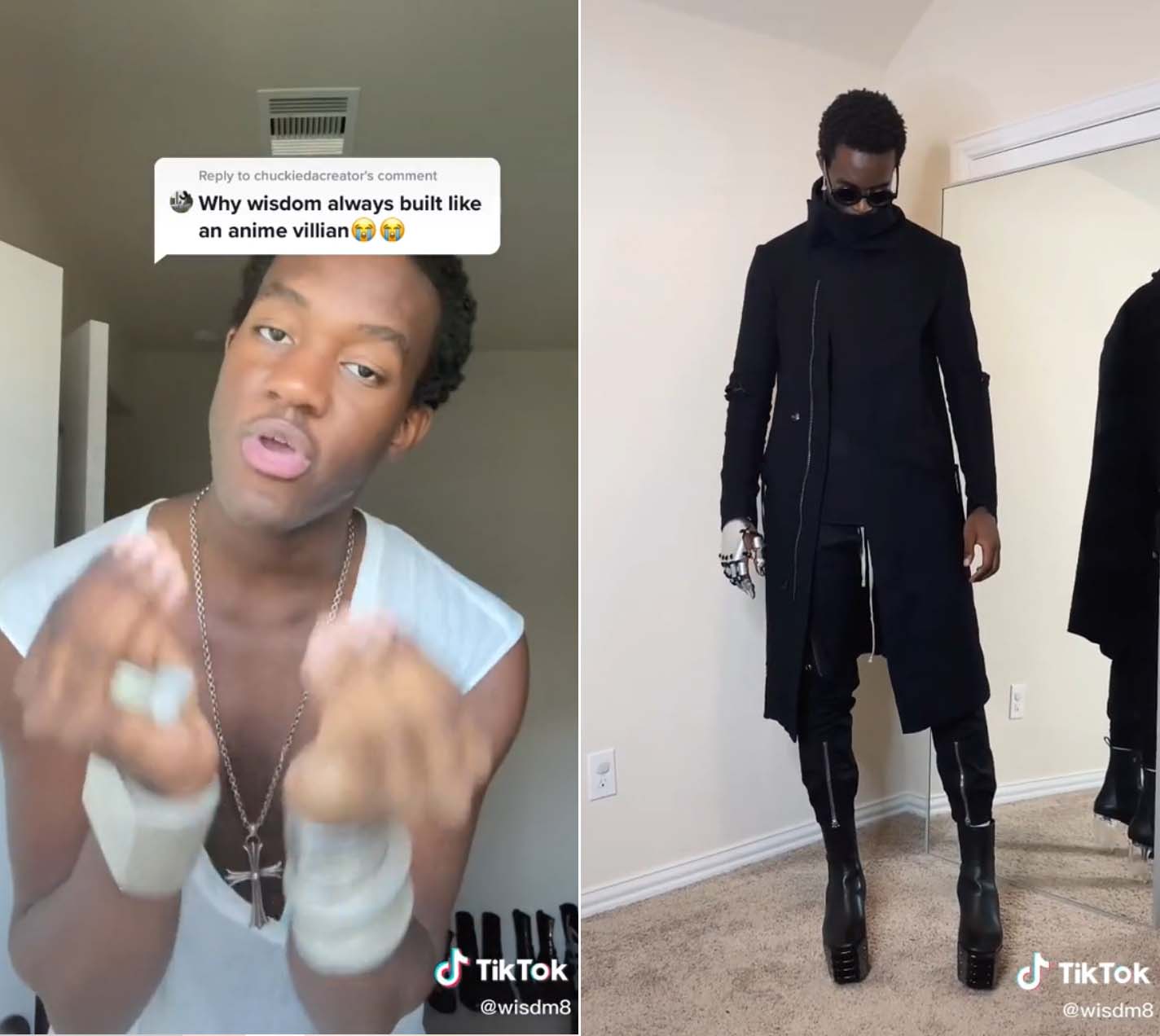 Do you ever feel like your clothes don’t reflect the true you? Some of us turn to subculture styles (Hi readers!) or the past for fashion inspiration. But what if your dream aesthetic is a little more niche? Look no further than style icon and 20-year-old model and glam god, Wisdom Kaye!

Thanks to his impeccable sense of style, Wisdom has amassed more than 6 million followers. Taking styling tips from his fans, Wisdom puts together outfits inspired by anything from what he would wear to the Met Gala to what he’d wear if he were a cartoon. But, he went viral for one particular look—the anime villain! 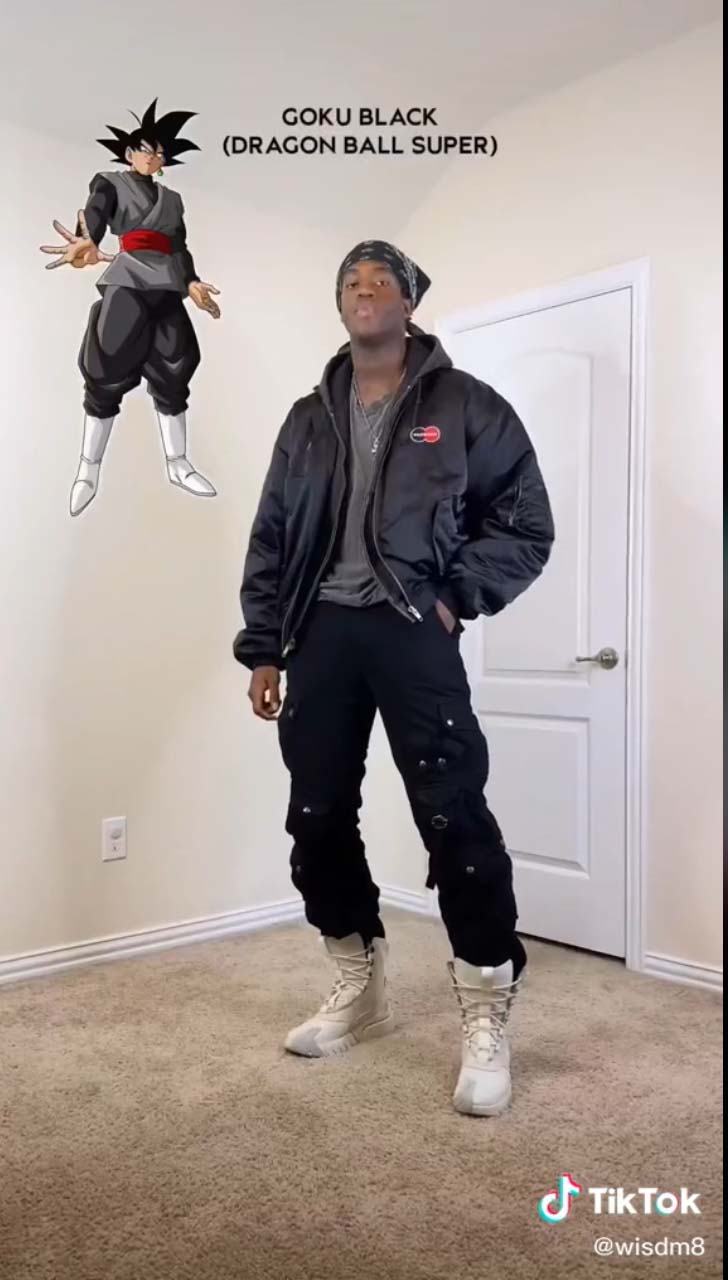 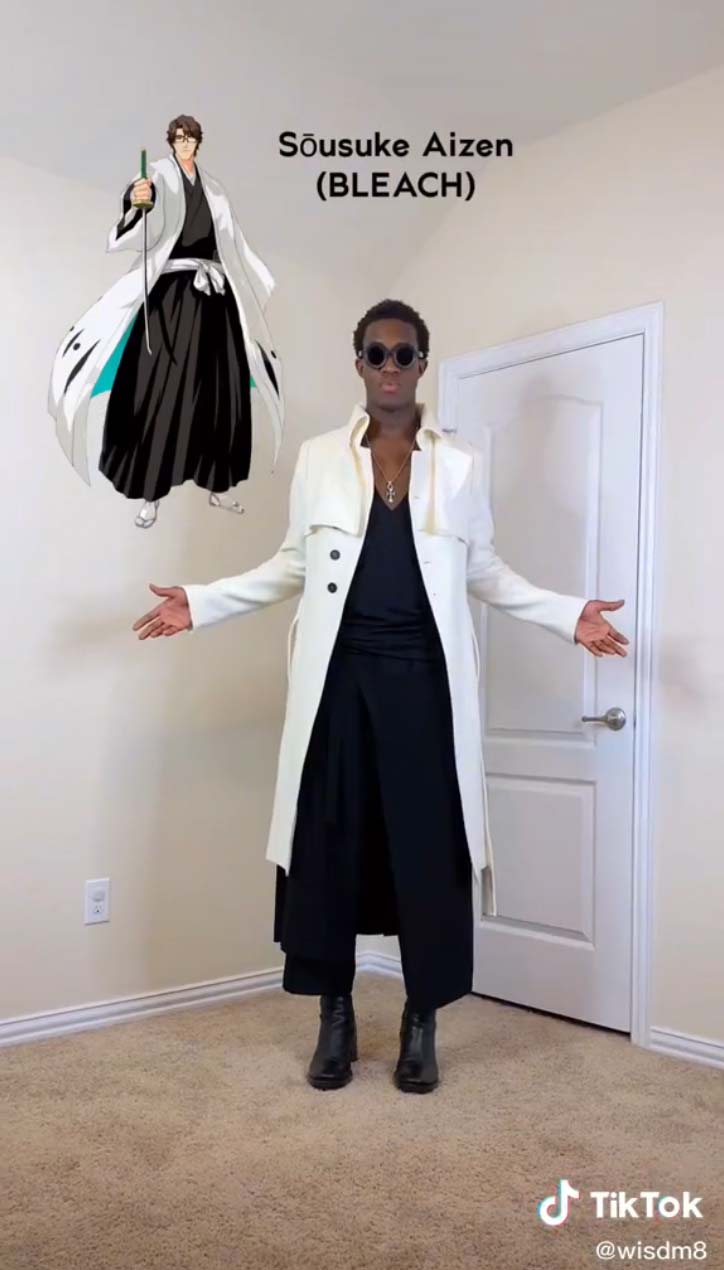 In early August, a fan asked him why he was “built like an anime villain” and he responded by creating a video of him wearing outfits worthy of a Final Fantasy character. Later that month, in response to another fan comment which asked him to wear a real anime villain outfit, Wisdom came through with looks inspired by some of the most iconic baddies in anime history.

From Bleach’s Sōsuke Aizen, to Black Goku from DragonBall, and Chrollo from Hunter x Hunter, these outfits are far from cosplay. In fact, they would not look out of place at fashion week! Wisdom’s outfits are a mishmash of pieces from current collections, vintage and quirky finds from second-hand shopping apps. His clever styling proves that with a little imagination and treasure hunting skills, you can put together some sick outfits.

What anime villain would you dress up as if you had the choice? 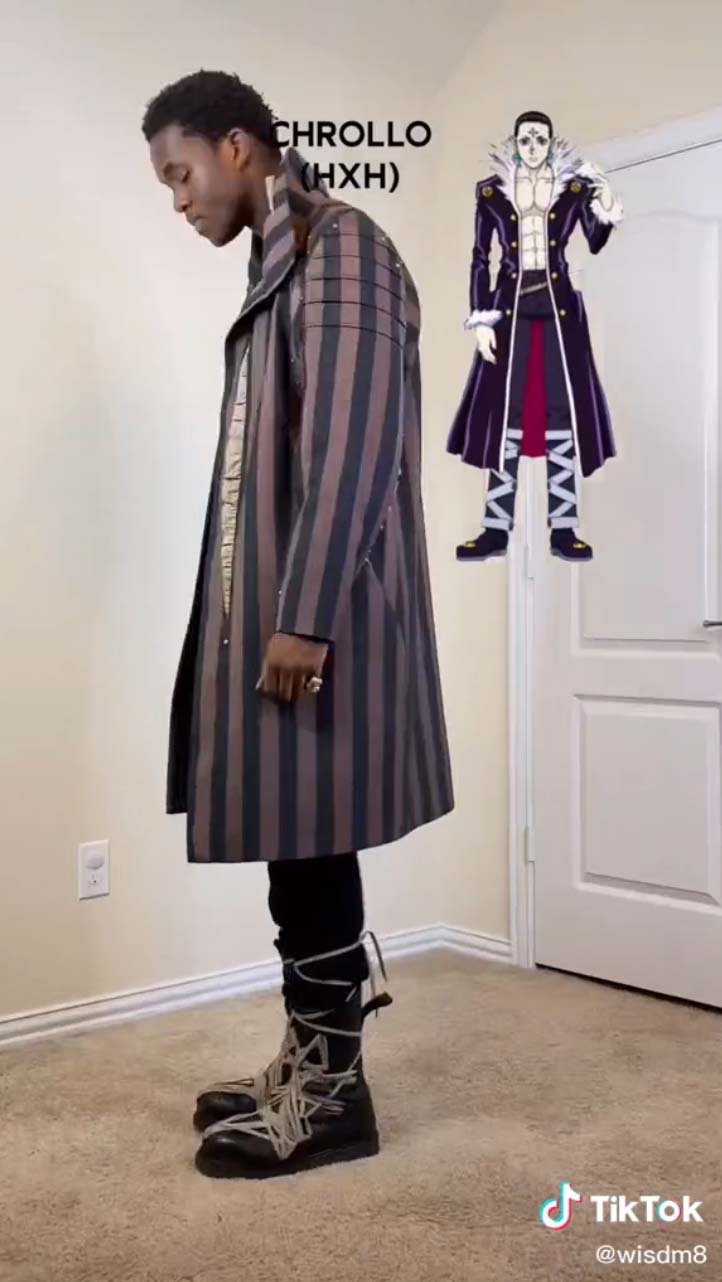 Tiktok
Written by Emmie.
Images courtesy of @wisdm8 via Twitter.