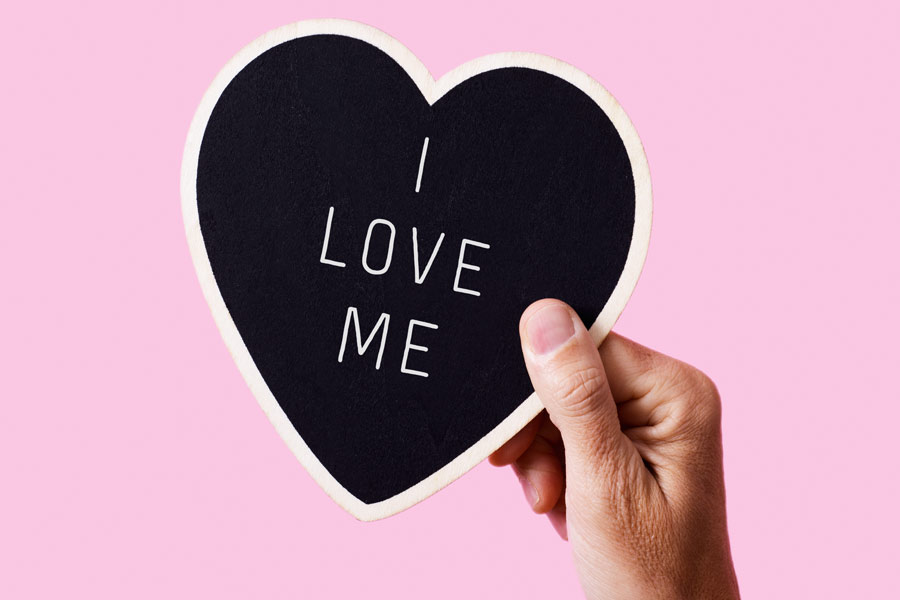 Will I Marry Me?

After an awkward shoe shaming ordeal, Sex and the City’s Carrie Bradshaw got revenge by giddily calling her “friend” to reveal that she’s walking down the aisle. She registered just one gift — $485 Monolo Blahnik silver stilettos — the shameful shoes her faux friend frowned upon. But for Carrie, there was no guy in her happily ever after. Why? Because she was marrying herself. For a fictional TV character, a ceremony without a partner makes for a funny anecdote, but in reality it’s happening more and more often. Question: Is marrying yourself self-love or narcissistic? 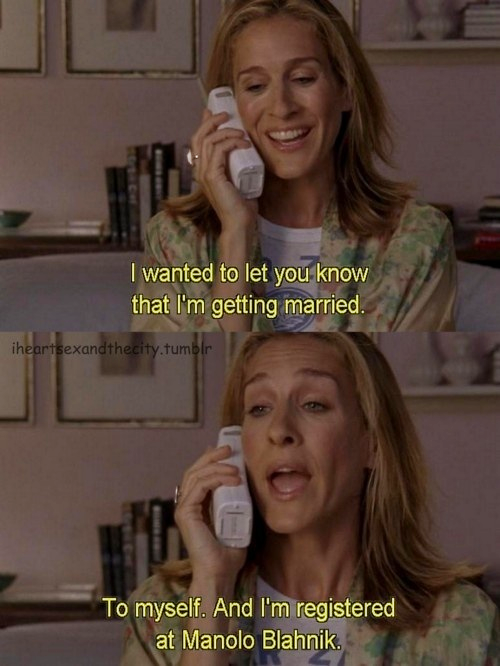 Sologamy is the act of marrying yourself. In the last few years the “no partner needed” mantra is springing up on Ted talks and articles. Even a website called IMarriedMe.com run by husband and wife creative team Jeffrey Levin and Bonnie Powers is selling self-wedding kits. The aim was to celebrate positivity but of course the site was initially met with skepticism.

“People had a lot of snarky reactions because the idea was so new. Like, ‘So who gets the cat in the divorce?’ Other people were strongly defending the institution of marriage–um, this is a symbolic ceremony, we’re not advocating for this to be legal!”

Sologamy isn’t a western phenomenon though, an agency in Kyoto offers a two-day solo wedding package consisting of a professional fairytale photoshoot. It’s the closest to having a wedding without all the messiness of a relationship.

Modest or luxe, these weddings have a common thread: self-love. Sologamy is about taking control of your happiness. Sologamist Sophie Tanner wants to encourage a cultural mind shift. “If you nurture the relationship you have with yourself, it should benefit all of your relationships in life. After all, the more you deal with your own crap, the less others have to, right?” It can feel like we’re being bombarded on every side to settle down by thirty. Tell grandma and nosy aunts pestering you to settle down with the “one” about sologamy. Maybe they’ll see that there’s no shame in being single. Independence and freedom is fabulous — not pitiful. A reminder from Sophie: “After all, bachelors are eligible, but spinsters aren’t!” Too true! Isn’t it better to be content in solitude than stuck in an empty, lonely marriage? As Cher once chirped, “A man is not a necessity, a man is a luxury”. 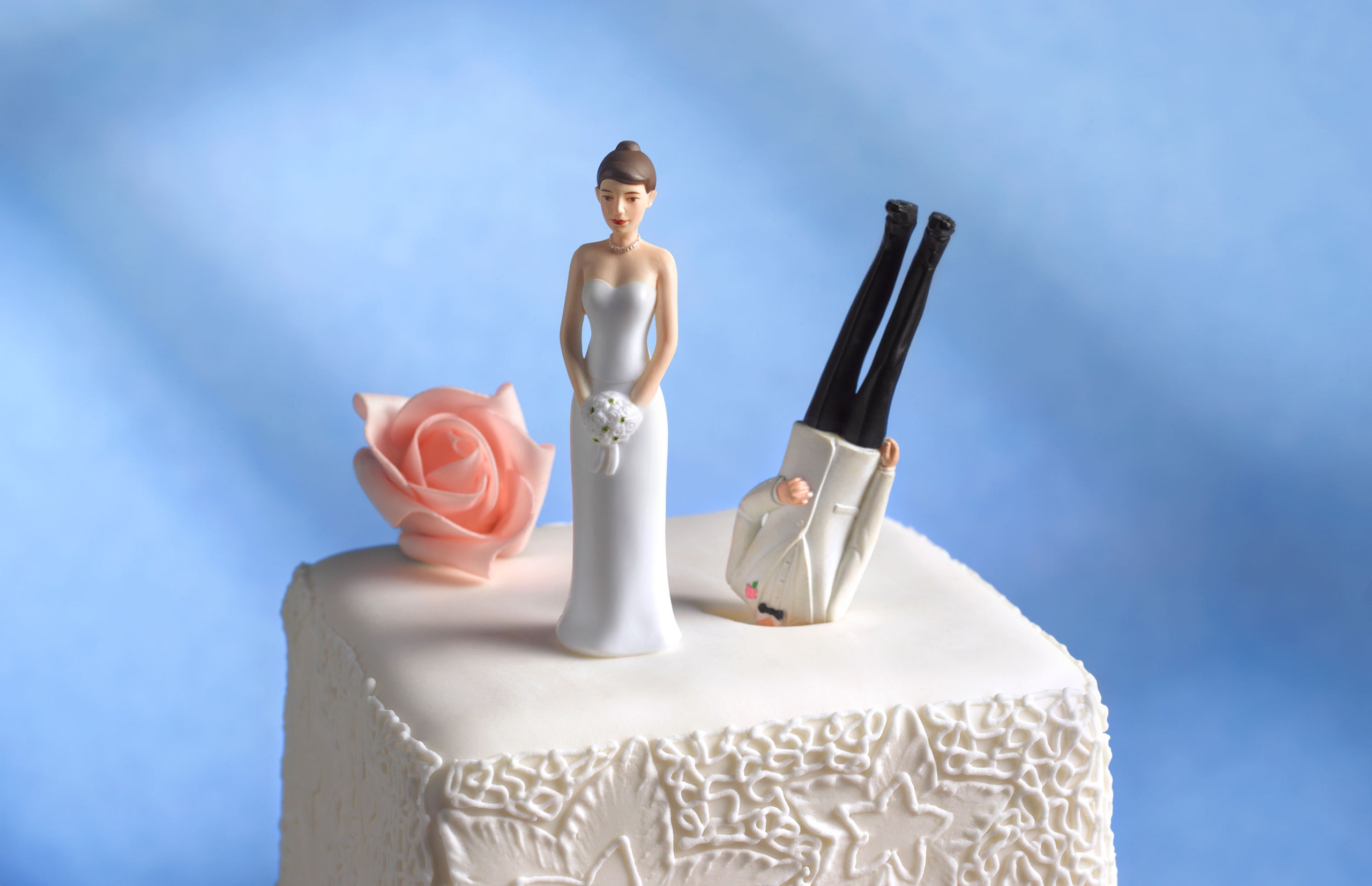 Carrie Bradshaw’s decision to say “I do” felt empowering, but not every fictional character’s flirtation with sologamy felt the same. Glee’s version of a solo wedding, when savage gym coach Sue Sylvester tied the knot in an infamous tracksuit-dress hybrid, echoed “crazy, narcissistic woman”. Compared to a normal wedding, was Sues more narcissistic? Sophie debunks the narcissism misconception, “Narcissists, in fact, don’t love themselves at all, they have a very low self-worth which is why they’re constantly trying to manipulate other people’s perceptions”. Jeffrey and Bonnie agree. “This isn’t being selfish. It’s a deep act of self-acceptance”.

Maybe Carrie Bradshaw made a good point. It’s not ok to shame someone on their choice to marry someone they love or their choice to enjoy single life. Societal pressure to marry them is dictated by what others think is “normal”. It’s not fair we’re all expected to follow a dream that isn’t always ours. Jeffrey and Bonnie want to clear up that sologamy is not a replacement for a relationship but instead, the more you love yourself, the better able you are to love others. That “good for you!” reserved for engaged couples isn’t given to people who celebrate being happy single. Sophie still gets a mixed bag of responses when she tells people she married herself. “Sometimes people say they think it’s amazingly empowering, sometimes they laugh and think it’s bonkers, sometimes they get kind of angry, which always baffles me. There’s nothing more harmless than marrying yourself, you’re not hurting anyone else after all!” In the end, we have to wake up to our reflection every morning, so life is brighter when we love who we see in the mirror.

THIS ARTICLE WAS INSPIRED BY OUR LOVE/ADORE ISSUE. CHECK OUT THAT ISSUE NOW!