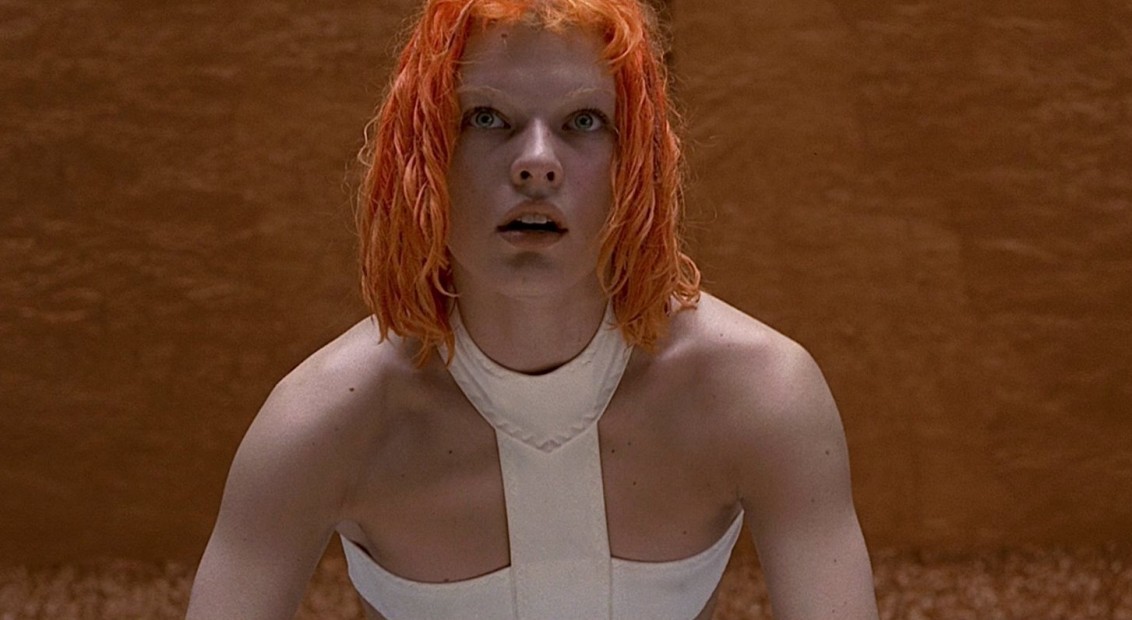 Why Is Instagram So Obsessed With The Fifth Element?

Earth, wind, fire, water—and fashion. Wait what? That’s not The Fifth Element! You may have noticed a steady stream of orange-haired, spacey, mummy-wrapped beauties on your Instagram discover feed. Those posts pay homage to a girl named Leeloo and she was the fifth element. The 1997 movie directed by Luc Besson has had a bit of a social media revival in the last few years. Serving us a slice of quintessential 90s retro-futurism, The Fifth Element is one of the most iconic artefacts of pop culture.

The plot is simple: 23rd century scientists get their hands on the last bits of DNA of the fifth element (an all-powerful being capable of defeating the great evil). They use the DNA to bring back a humanoid named Leeloo (played by Milla Jovovich). Cue the action adventure with romance, violence, and an alien opera singer. The film is a wild ride but what stays with you the most is its zany (borderline obnoxious) characters and costumes. Whether you were watching The Fifth Element on VHS in the 90s, or are now scrolling through #thefifthelement on Instagram, the outrageously sexy and smart costumes have stood the test of time.

“Challenging traditional ideas of masculinity…
Ruby was camp in the best way possible!”

To be seen on social media, you have to tick a lot of boxes. Sexy, colourful and outlandish. Do you know who and what ticks all of these boxes? None other than fashion’s enfant terrible Jean Paul Gaultier. As costume designer for the sci-fi action adventure, Gaultier created over 1,000 individual costumes including the extras (who, by the way, were the most extra looking extras ever!) The designer, known for pushing the boundaries of punk and BDSM, was entrusted with making a kooky, kinky and futuristic vision of New York into a reality. It goes without saying that the wardrobe for this 90s flick is like an all-you-can-eat buffet for the eyes. With thousands of movies falling through the cracks of our collective memory, how is fashion from a 30-year-old sci-fi movie still influencing pop culture today? 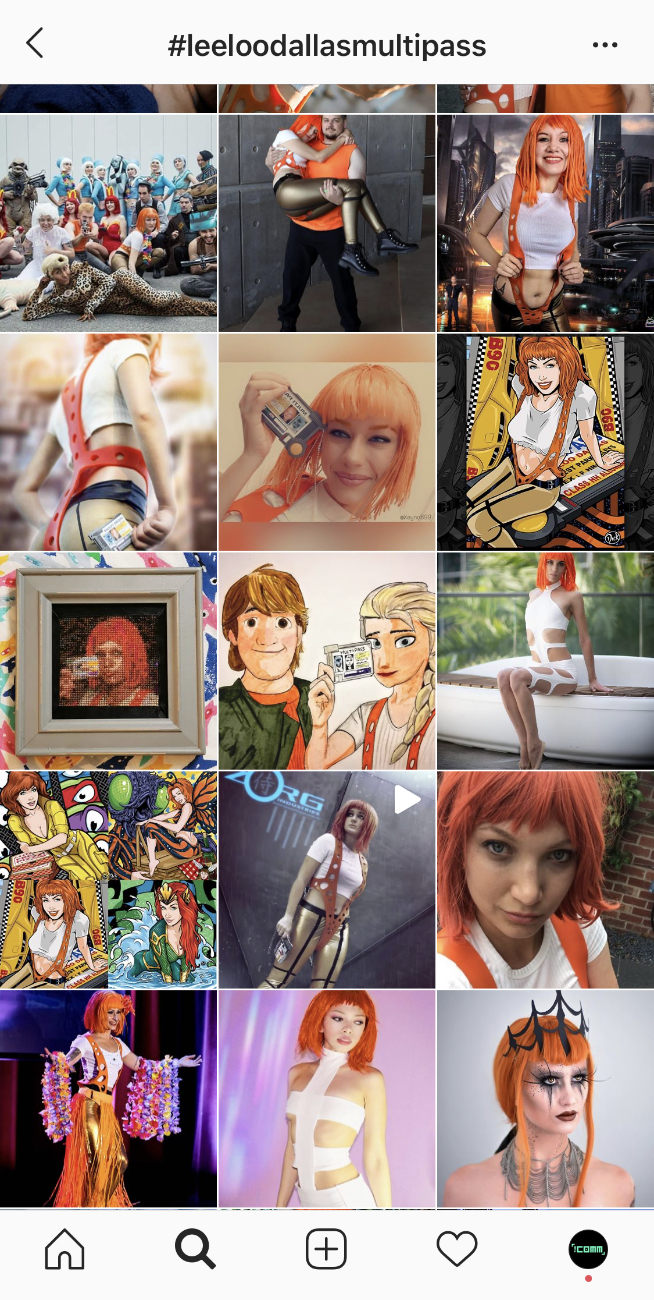 Creating original designs is one thing, but the costumes continue to resonate with us because they are retro. “But it’s a sci-fi film…” you may be thinking. Besson and Gaultier looked back at our tendency to circulate trends in order to look forward. They figured that in the 23rd century, people would consider 90s fashion cute and retro. Ironically, we in the 21st century are already digging through the annals of 90s fashion.

Fast forward to 2020 and we see the themes from The Fifth Element’s costumes constantly cropping up in our feeds: punk, BDSM, gender-bending and so on. Basically, the aesthetics that your favourite edgy influencer is posting on social media. Scroll through the hashtag #thefifthelement and you’ll see paintings, Funko Pops—and cosplay, lots and lots of cosplay. It’s no wonder, Leeloo’s Crayola orange dreads, bandage dress and rubber suspenders are go-to’s for cosplayers and e-girls alike. With the hashtag #leeloodallasmultipass having over 12k posts, the beautiful alien is a cosplay icon. And the style inspiration doesn’t stop with her. Dressing up as the diva Plavalaguna gives you the rare chance to paint yourself head-to-toe blue—just ask Latrice Royale. The flirtatious aspects of the costumes, our insatiable appetite for excess and our undying obsession with 90s culture has earned The Fifth Element a regular place on our instagram feeds.