Alternative beauty has certainly come a long way from a teen girl wearing black nail polish to school (totally not based on real-life experience, by the way!) Nowadays, makeup refuses to be categorised, defying genre and gender. It can be scary, sexy, feminine or masculine, vintage or futuristic. Thanks to Instagram, we have a never-ending source of inspiration for alternative beauty, and thanks to hashtags like #strangebeauty they’re easier to find than ever. Check out some of our top pics! 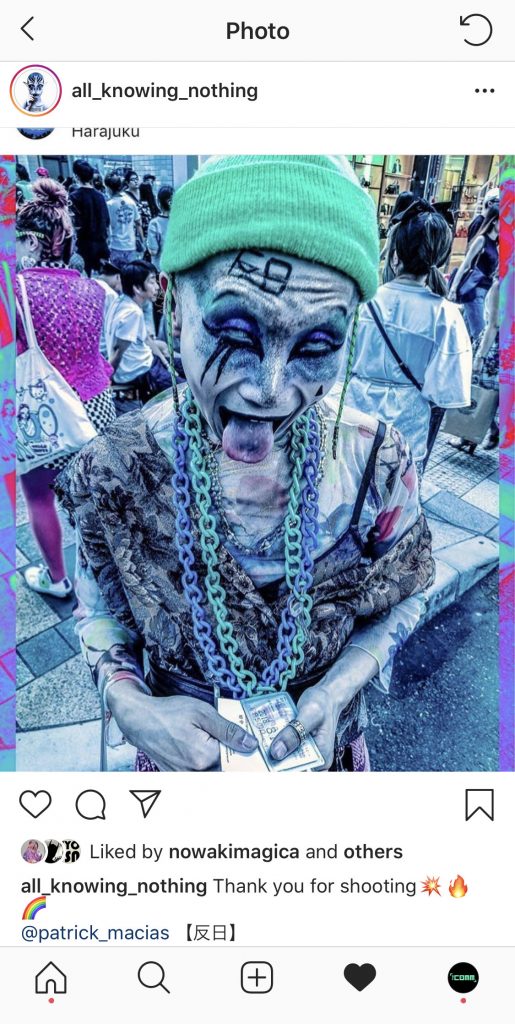 Let’s face it, RuPaul’s Drag Race is a phenomenon! We’ve all had our own lip-sync battles, Snatch Games, and attempted death drops (keyword here is “attempted”). And at this point, we all think we know what “good” drag makeup should look like, right? Well, TKM is in no way towing the line! Self-stylised as a “visual minority”, TKM creates fantastical characters, who could be described as androgynous aliens, with makeup. Sometimes they’re half-human and half-reptile, other times they’re elves. TKM’s looks are ethereal, but they also have a distinctly sinister vibe thanks to menacing facial features and a moody colour palette. TKM is redefining what it means to be fashionable, gendered and above all, human. 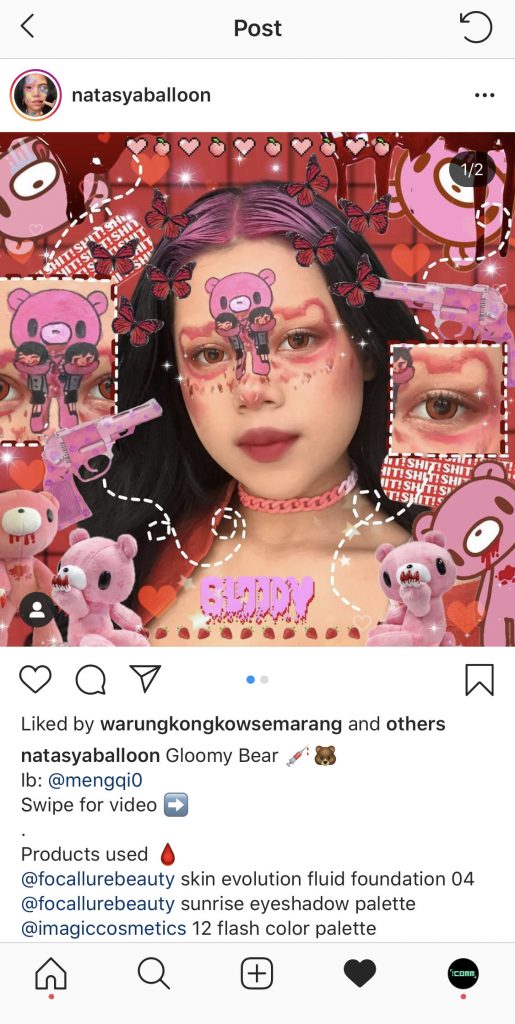 Tasya describes herself as a “weirdo kid with rainbow sparkle in wonderland”, and if that isn’t an accurate description of Gen-Z’s e-girl, we don’t know what is! With her unique makeup inspired by instagram filters, Tasya’s style is totally cute anime girl with a dark secret. A teddy bear on her forehead with blood dripping down its chin, or a zombie-like stare with white contacts and hands clasped in prayer on her cheek. Tasya’s style dichotomy is reminiscent of Yami Kawaii which is fond of sugar-coating inner turmoil in an adorable exterior. 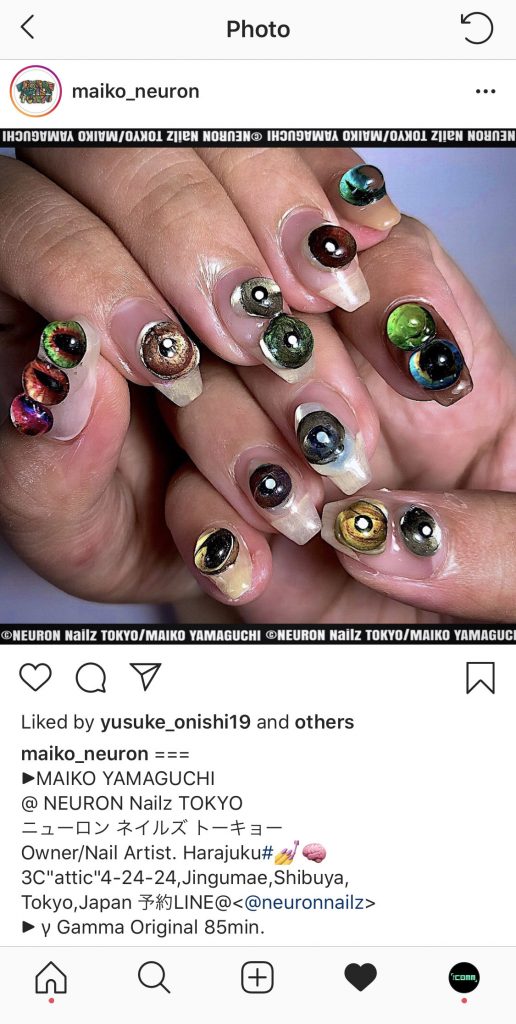 When we think of Japanese nail art, most of us imagine pastel pink gel with roses and jewels. But it can also be strange, dark and sometimes disturbing. Swap the pastel pink for khaki metallics, roses for eyeballs, and jewels for crosses—now you’re playing with fire! Neuron Nailz is a nail salon based in Shibuya, Tokyo that offers the strangest nail art. Some are downright gory, creating nails that resemble teeth and skin—it’s like a horror movie for your nails! Neuron Nailz’ art is oddly fascinating even if you’re not into gothic, futuristic or fantastical beauty. 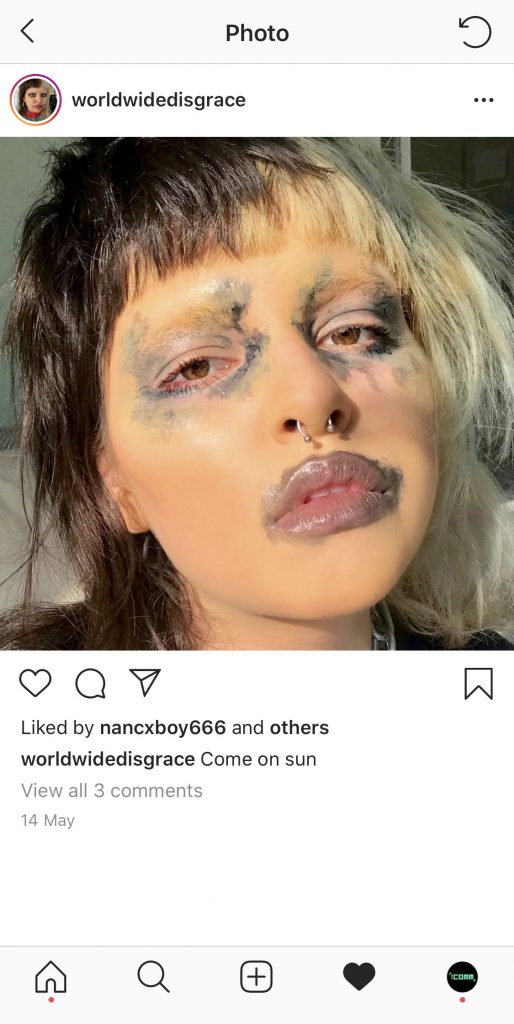 El is the kid next door—if you lived on the same street as Marilyn Manson, that is. El’s e-kid makeup screams rockstar who’s made out with her fans after a sweaty concert. Even though El’s style—punk with a demonic edge—may appear OTT, it’s surprisingly minimalist. Think: smokey eyes, bleached brows and smeared lipstick! El’s exaggerated lip liner makes her kissers all the more voluptuous and the focal point of any given look. With her fresh take on punk rock, El proves that alternative beauty can be stripped back. 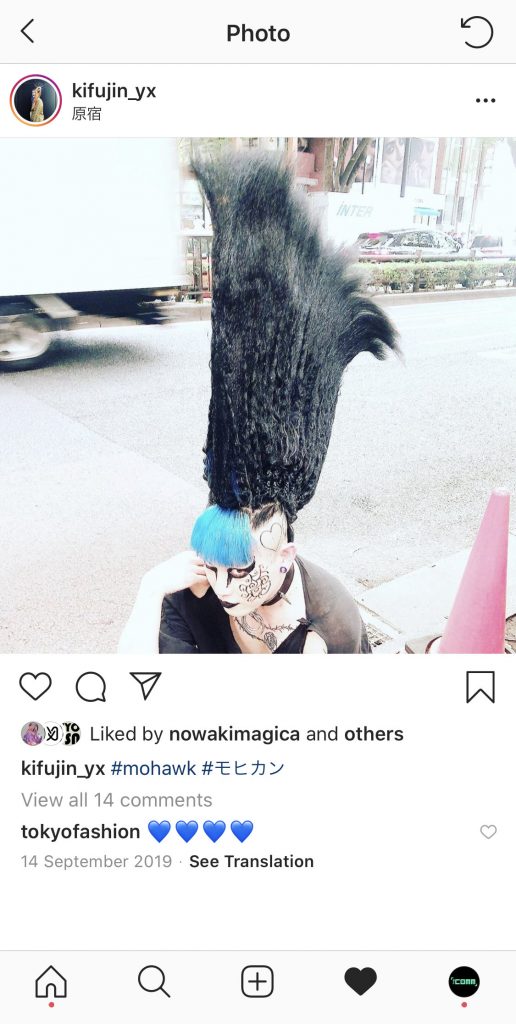 We may be tempted to categorise Kifujin’s makeup as old school gothic, but it’s a little too colourful for that. How about cyberpunk then? But then it’s a little too goth for that! Weaving together the subcultures of punk, cyber, and club kid, Kifujin’s looks are truly unique. While many may gaze in awe at his gravity-defying mohawk and safety pin-pierced cheek, it’s his simple yet psychedelic makeup that sets off his punky homages to Vivienne Westwood. Kifujin’s playful and anarchic look reminds us that we’re all just (club) kids at heart!

That was five of our fave alternative beauty icons, now we want to hear from you! Who have you been following recently?