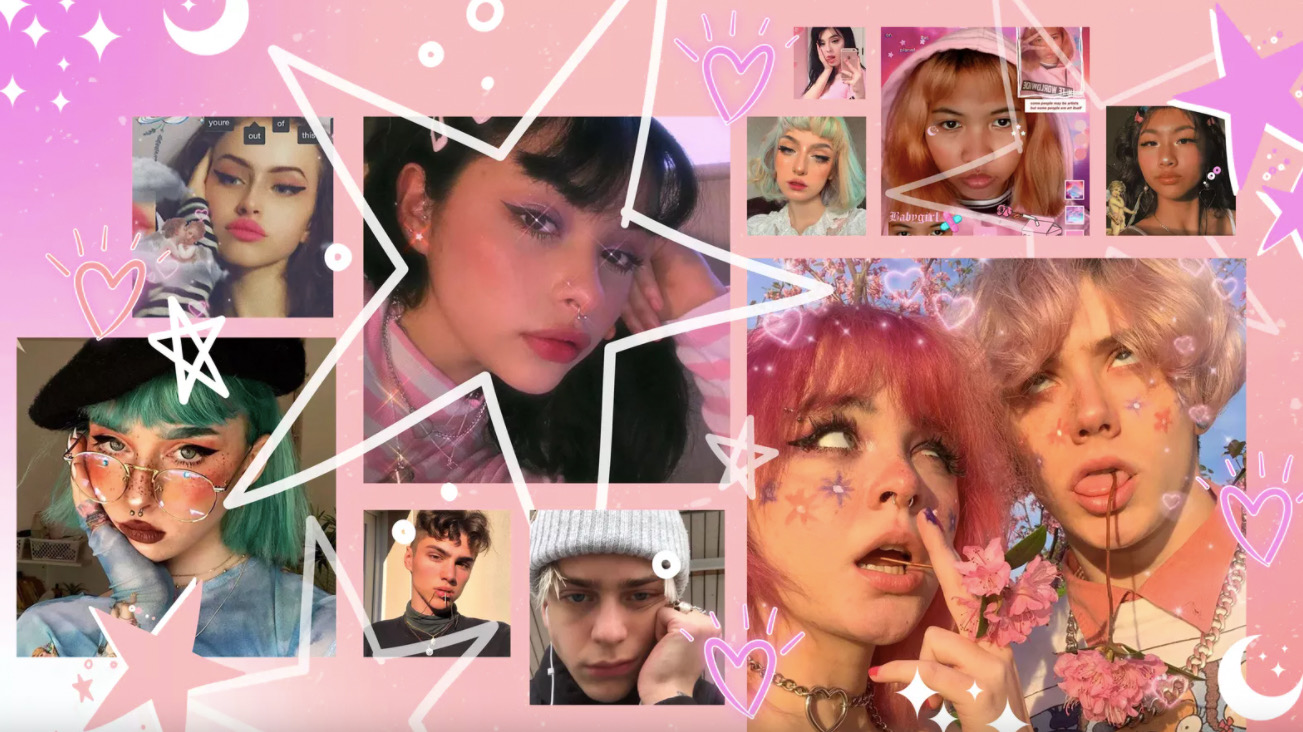 Think Piece: In Defence of the e-girl

Meet the Holy Trinity of the Internet: the Insta Baddie, the VSCO girl, and the e-girl—the most recent addition. E-girls are known for their heavy use of blush, chokers, monochrome stripes, bold eyeliner, wide Bambi-like eyes, and rainbow coloured hair. But there’s more to them than posting selfies. The e-girl is the unexpected hero of online activism. Not everyone’s thrilled about their rise to fame. Is it all baseless hostility or justified resentment? Are e-girls ruining our lives like Youtuber Corpse Husband says, or are they the heroes of social activism we never knew we needed?

So why does the internet hate e-girls? The term seems innocent enough, it just means a girl who plays games on the internet. But the underlying implication is that it’s all for male attention. And sure enough, many e-girls have managed to profit off of their devoted male fans by selling pictures of themselves online, streaming on Twitch and making YouTube videos—often with sex as a selling point. The e-girl has raised many brows in the gaming community and has been swiftly attacked for “not [being] real gamers”. Even the e-girl signature style has become a meme. Their dyed green hair and extreme eyeliner have been parodied to death. But aren’t we just ridiculing women for capitalising on male fantasies? And are we making fun of their “cringe” fashion because we hate it or because we secretly want to wear it?

Aside from dressing up and streaming, some e-girls are prominent digital activists, and isn’t that a great thing? With their reach on social media, e-girls spread social awareness like wildfire and people pay attention! Some e-girls actively make financial donations and attend on-the-ground protests to support the causes they advocate for online. With 2.8 million followers, proud TikTok “bimbo” Chrissy Chlapecka is more than an IGTV highlight about BLM or a “defund the police” bio. She actively participates in protests while also creating content on social matters, self-love, and positivity for the “girls, gays and theys”.

Aviva Sofia, a fellow e-girl with over 3.7 million TikTok followers, doesn’t just make e-girl videos. She prides herself on bringing awareness to mental health issues on her platform and has organised Twitch charity streams, with 100% of the proceeds going to the #blacklivesmatter movement. E-girls don’t have to partake in digital activism, yet they do so willingly. So if they’re doing all of this, why all the hate? Why the accusations of faux allyship and being “woke social justice warriors”? It’s easy to question the sincerity of their activism with the current online climate and pressure to always speak up. 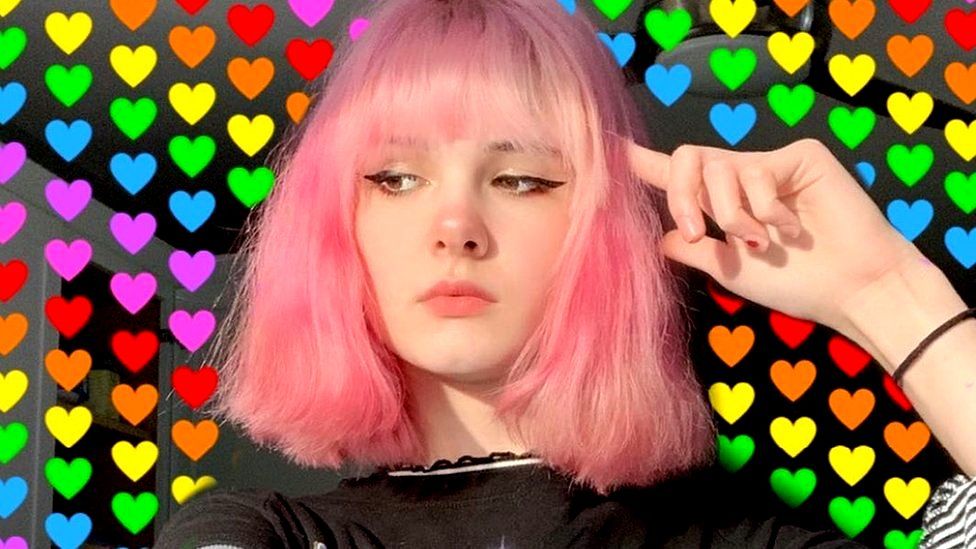 Being in internet spaces with an unspoken status quo and “rules”, e-girls are often the subject of resentment and ridicule from online trolls. Even so, e-girls post their thirst traps anyway, intentionally luring in desperate men for clout and money. We all know doing this kind of stuff online is dangerous and as the saying goes, “If you play with fire, you’re going to get burned.” But, does that mean e-girls should receive the treatment they do? Online and offline harassment is a dark reality that many e-girls face. In 2019, Bianca Devins, a 17-year-old e-girl, was murdered by an incel (involuntary celibate) staggering the global online community. Many e-girls regularly have their DMs flooded by creepy men with death threats or disturbing messages. Bear in mind that the e-girl are generally young women. Sure, e-girls may use men for money but does it mean they deserve to be harassed, or worse, killed? 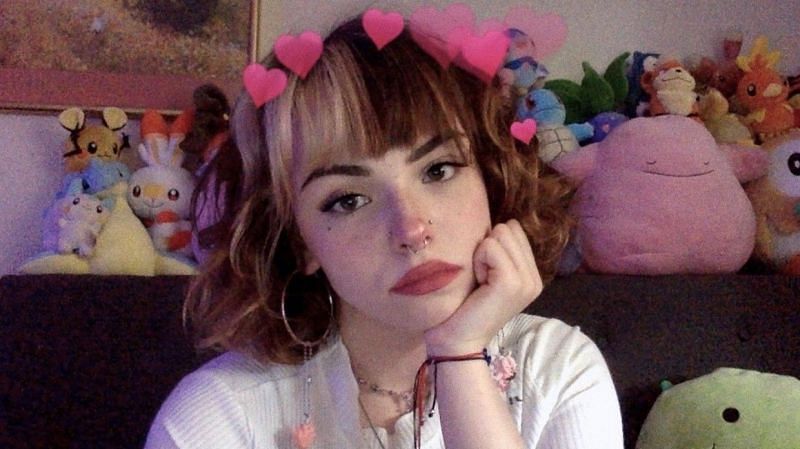 E-girls and controversy seem to go hand-in-hand. We tolerate it—to a certain degree. But what exactly is that degree? TikTok e-girl Emmuhlu was well known and loved for her relatable rants about relationships, mental health, body image as well as her humorous feminist skits. She exemplified what people enjoyed about TikTok: comedy and vulnerability. Then, a video of her shouting out a racial slur from a car window surfaced online. It went against the progressive message her content stood for. Soon after, she had beef with Cardi B, was reportedly doxxed, and received death threats. TikToker Emma Langevin was called out for following white supremacists on her Twitter account less than 24 hours after going viral for her New Jersey accent. Emma clarified that she disagreed with their politics but followed the accounts to hear out all sides of the argument.

So, which controversial actions do we forgive? E-girls ultimately face the double whammy of having a “negative” online reputation. They are not exempt from cancel culture, so it only takes one mistake and poof, they’re social media following is gone. But are we too quick to condemn e-girls for their mistakes? How sure are we that the constant mockery of e-girls is legitimate and not a bandwagon hate train? Whether their actions are real or for clout is up for debate. E-girls are, after all, just an online persona. But maybe we should figure out if we have a genuine reason to hate e-girls. Because maybe the hostility is an indication of how ruthless society is when it comes to reprimanding self-confident, sexually independent young girls.