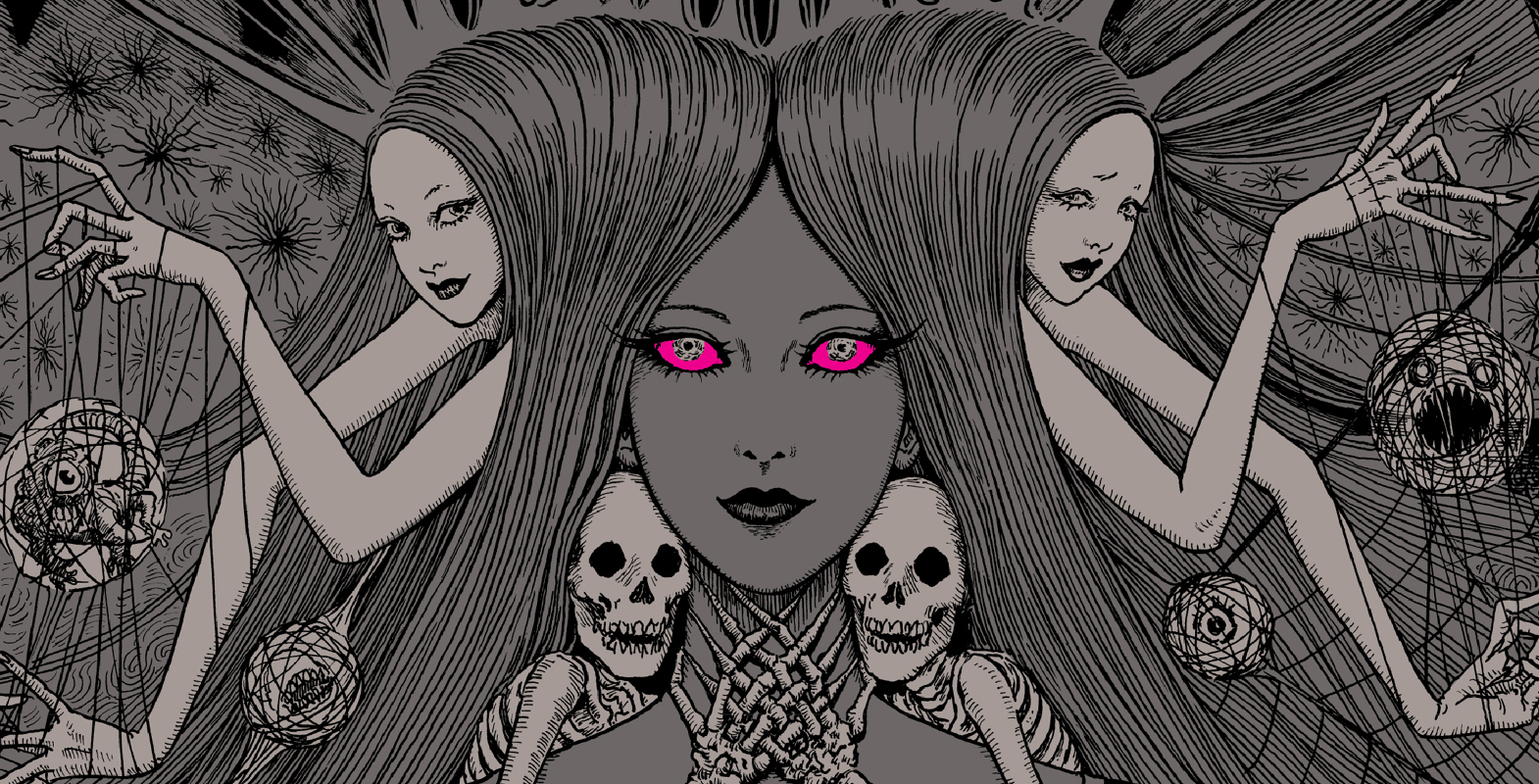 Think Piece: Are We Wrong to Like Creepy Things?

Should we be worried about a friend’s (borderline morbid) obsession with true-crime documentaries? Should we relish or recoil from the gore in horror movies? “That’s gross!”, we might shout, but the truth is we secretly love being creeped out. “Creepy” things are by definition things that cause unease or an unpleasant feeling of fear. They are things like someone with “dead eyes” or the entire cast of Cats (2019). What attracts us can easily repulse us so why do we like creepy things?

Many psychology experts agree that we love the rush we get from seeing something unnerving. Fear sets off our fight-or-flight response and that stimulates the release of adrenaline within our body, hence the rush. Humans are secret thrill-seekers. We love it when we get butterflies in our tummy while on a roller coaster or when our hearts pound while watching a slasher flick. Perhaps we’re addicted to the thrill because we know that there’s no real danger: the rollercoaster has been safety tested, and the murderer in the movie is an actor. Similarly, we experience a surge of adrenaline when we look at something creepy on the Internet.

The Ring, The Grudge and Audition—Japan is known for its awesome horror movies. A creepy tone can also be found in certain Japanese street styles.

Disturbing things can also activate subconscious desires and phobias. Blood feeds our fascination with gore, murder and ghosts our fear of death. We don’t discuss or even think about these topics on a daily basis, but when we, for example, watch a horror movie, we feel compelled by it. The experience feels surreal and allows us to explore dark topics in a safe space.

The Ring, The Grudge and Audition—Japan is known for its awesome horror movies. A creepy tone can also be found in certain Japanese street styles. Bored and jaded by the kawaii stereotype, Japanese kids in the 90’s took to new styles designed to be the antithesis of kawaii: Guro Kawaii (grotesque-cute) and Kimo Kawaii (gross-cute). The mascot of Guro Kawaii was Gloomy Bear, a bloodied cartoon character hell-bent on eating humans. Kimo Kawaii was the uglier, weirder version. It didn’t have to be scary or bloody, it focused more on an anti-aesthetic (like Gudetama’s butt or the forest dwarfs of Kobito Dukan). Guro Kawaii and Kimo Kawaii introduced us to a dichotomy between cute and unnerving. In the 2010s, Yami Kawaii (sick-cute) added a mental health angle: characters with slit wrists, and graphic tees with pills and needles were the new spooky. 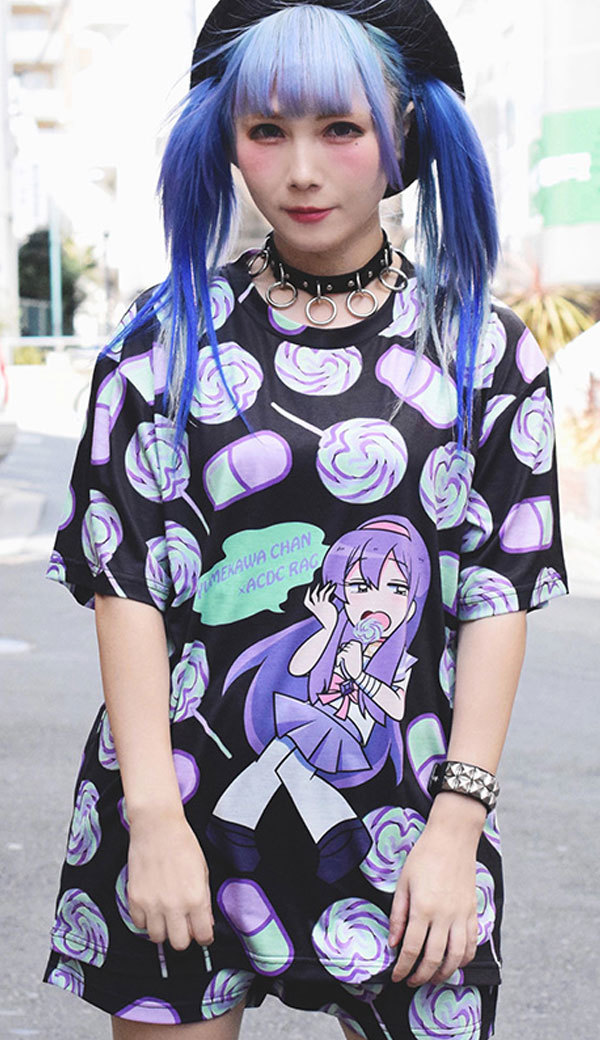 Guro Kawaii, Kimo Kawaii and Yami Kawaii can all be seen as fashion subcultures that explore different facets of creepiness. Yami Kawaii still appealed to our darker sides, but unlike Guro Kawaii and Kimo Kawaii, it didn’t necessarily include gore or anti-aesthetic. Quick to pick up on the latest “crazy Japan” trend, media outlets like Refinery29 and Business of Fashion reported that teens in Tokyo were literally wearing their mental health issues. But Japanese youth weren’t being controversial for the sake of it, these styles were also a part of a social movement. Teens were sick of innocent and sugar-coated social norms and so they rebelled with scary and gross themes.

But the truth is, somewhere in between social movement and Refinery29, disturbing themes like suicide and gore started to look like glorification for some. You may be familiar with the argument that violent video games breed violence and music about depression glamorizes mental health issues. The same could be said of creepy things like grotesque instagram accounts and Yami Kawaii. Suicide is just an aesthetic, but for some it’s very real. Are we trivialising serious issues by wearing designs that “kawaii-ify” death or by “liking” a picture of a model posing with a blood-drenched knife?

So, then should we possibly be thinking about censorship? Similar to the problem of censoring history or art, censoring the macabre can be problematic. Much of history is distressing, but we know that if we ignore it, we’re doomed to repeat it. Even if some art is inappropriate and downright disgusting, many still believe that it should be allowed to exist because it represents freedom of expression. We’ve all come across the words “trigger warning”, an indicator that the content might be uncomfortable for people suffering from psychological trauma or phobias, while on the internet. Perhaps creepy stuff should come with a trigger warning or be censored completely? But, isn’t this the same as censoring art?

Are we creepier than the average person for liking these things? Maybe. But maybe not. Everyone has darkness inside of them and maybe creepy aesthetics are a way to face our demons. We all have different coping mechanisms, and it’s not surprising that some of us use fashion to help us get through the tough times. After all, fashion can express a complex topic without having to say a word. We are fascinated by disturbing topics on a subconscious level, and maybe we’re entering an age where we’re declaring that fascination and, more importantly, being affected by that fascination on a conscious level.

So what do you think, are we wrong to like creepy things?