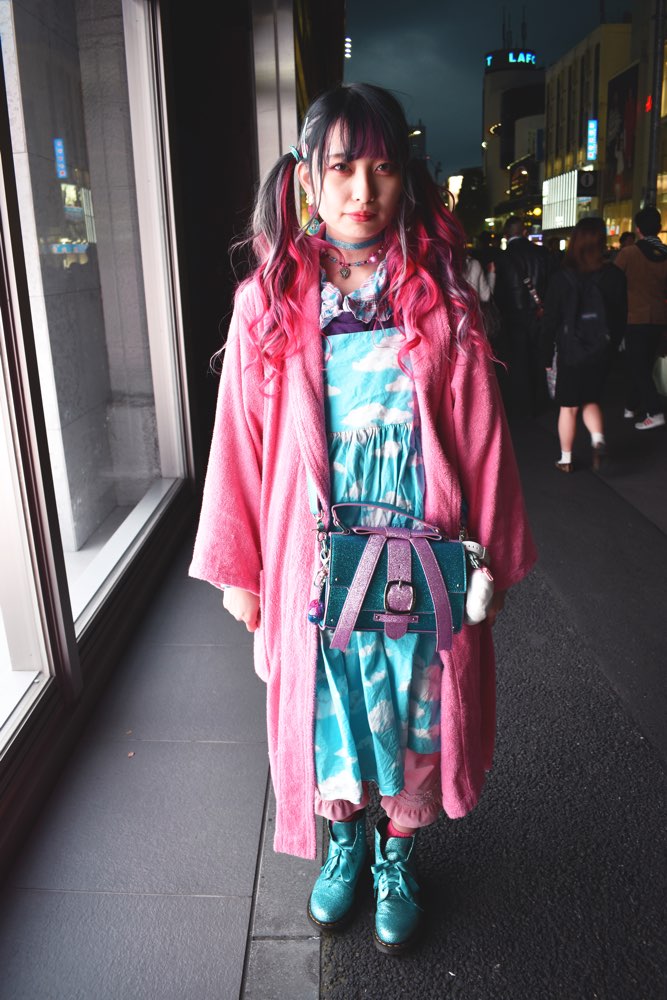 Everyone in fashion will have dreamed at some point of walking the highly-coveted runway, and though it may seem unattainable for us mere mortals, there is one place where we can all strut our stuff: the streets.

The popularisation of the “street snap” in Japan came about in the late 90s, when many roads around Tokyo became pedestrian-only. This unexpectedly opened up the possibility of a new kind of street culture—one in which young people would parade around the streets and show off their handmade garments. The weekdays were reserved for school and work, but the weekend was the time to let loose! The unusual dressers caught the eye of a certain Shoichi Aoki, who had already been capturing the subculture fashions of London for some time, and saw a similar boom happening in his hometown.

These fashion-forward teens combined western and Japanese fashion in a way that he had never seen before and he wanted to document the emerging subculture.

Since this was before the era of social media, the only way to see other peoples’ fashion was to go out on Sundays. But with the publication of FRUiTS (originally FRESH FRUiTS), those in and out of Tokyo could draw inspiration from the now dubbed “Harajuku kids”. They brought worldwide attention to Tokyo’s street fashion scene and are likely responsible for most people’s interest in Japanese street fashion today!

Nowadays, many come to Tokyo looking to be snapped. But FRUiTS magazine no longer represents the same legendary title as it has pretty much ceased publication. Now the torch has been passed on to online publishers like Tokyo Fashion.

The COMM also wants to be a part of this street snap legacy, and so we would like to announce our new Street Snap section of the website! Most street snaps are often taken in Harajuku, but we are committed to bringing you all kinds of fashion styles from all over Tokyo. We want to capture as many authentic styles as possible—true to the FRUiTS spirit!