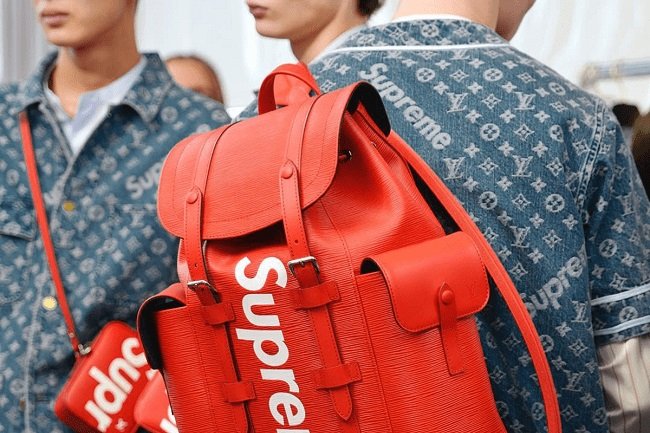 The Rise of Streetwear in Harajuku

“What’s different about Japanese fashion is the people behind it. A special respect for the past plays a large role in defining its trends, booms, and styles.” —Reggie Casual

A stroll down Harajuku. Quite possibly the most thrilling street in the world for the fashion-oriented. Every single style you can imagine is present. And it’s so present. In Harajuku, fashion really is designed to be seen on the streets. Forget about runways. This is where you observe the latest trends. Forget about history books. This is where you learn about Japanese pop culture.

Welcome to the captivating world of Japanese streetwear. Dressing up may appear to some as a mere hobby, but we know it’s much more than that. As Jean Cocteau, the famous French writer, once said: “style is a simple way of saying complicated things”. That is to say, there will always be social and political reasons which propel certain trends. Considering Japanese streetwear is so diverse, this must mean that there is plenty for us to dig into!

How exactly did Harajuku become known to so many as the fashion capital of the world? The COMM took notes from a leading voice in streetwear fashion, Reggie Casual, to explore Japan’s rich fashion past.

Until the 1940s, kimono and other traditional wear was still the prevalent fashion in Japan. It was with the arrival of American soldiers that western clothing was introduced to Japan via records, magazines, and denim being sold to the locals. The fashion in the magazines and music was more casual than their Japanese counterparts, attracting the attention of the youth.

In the mid 80s, fashion trends were arising from music genres: hip-hop brought baggy clothing to the table while idol culture inspired daring silhouettes. While not rooted in music, the most well-known fashion style to be exported out of Japan would also come out of the 80s: Kawaii. Magazines such as “Olive” would showcase pastel and Victorian thrills, paving the way for the likes of the iconic Lolita fashion style. 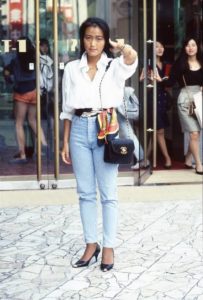 Shibuya became the mainstage for Tokyo fashion, as clothing havens like Shibuya 109 and thrift stores appeared on the scene. Young people welcomed other cultures’ fashion with open arms, whilst tweaking them to Japanese sensibilities. It was in the 80s that the foundation of quintessential Japanese streetwear was laid. Some of the influences from the West that broke norms and changed lifestyles would set the scene for what would follow: the “golden years” of street style in Japan.

In the 90s, Tokyo was established as a hub for streetwear. So much of what we consider to be uniquely Japanese fashion arose in this era. Shibukaji—“Shibuya Casual”—shifted the fashionista’s mindset from what you wear to how you wear it through coordination. Due to the appeal of the chic Parisienne, French Casual was also favoured, introducing the likes of the ever-so-popular beret. Yet conversely, we saw the rise of grunge thanks to the aesthetic of Kurt Cobain which showcased Japan’s eclectic range of tastes.

In 1993, something groundbreaking took place in the back streets of Harajuku. Named after the few blocks behind Harajuku, the revolutionary “Urahara” movement was born. Here, stores were importing hip-hop and punk aesthetic from the West, enabling the youth to explore foreign fashion. Not only were vintage shops thriving, but many distinct new brands like NOWHERE by Jun “Jonio” Takahashi and Nigo (real name Tomoaki Nagao) were popping up in the back streets of Harajuku. Half of NOWHERE’s shop was dedicated to their graphic tees under the name A Bathing Ape, which blew up so much that it could arguably be referred to as the “grandfather” brand of the Urahara movement. The Urahara movement became known for its street-centric androgyny with denim, leather, and native American jewellery galore. In 1996, Reggie says that Urahara was “set in stone as an amalgamation of different lifestyles and pop culture but uniquely Japanese—and above all, consistent”. As a consequence of Urahara’s prominence in trends, it became a forerunner of the Japanese streetwear we see today.

In contrast to the laid back vibes from the back streets of Harajuku, more flamboyant styles were being created on the main streets. Enter Kawaii, Lolita, Gothic Lolita, and Cyberpunk. From insane neons to adorable pastels, these visually wild movements were defying “the cultural norm” by featuring a vivid colour palette that spread a powerful message of anti-conformism. Despite each movement being vastly different from one another in terms of origin and style, these distinct modes of fashion shared common themes such as DIY and sensory overload. Kawaii became known as Japan’s biggest fashion export. But its exposure in the West by the likes of Gwen Stefani led to the interpretation that Japanese style was “one-dimensional”, as Reggie puts it—all pop, all cutesy, all Hello Kitty. 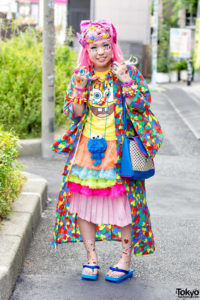 This homogeneous image of Japanese fashion was far from the truth. In actual fact, fashion in the 1990s was at peak diversity. Japan was defining “what it meant to be fashion-forward”, Reggie says, and “experimentation was paramount and juxtaposed to American culture”. American fashion seemed stale in comparison. A trait which would later become characteristic of Japanese street fashion was that the lifestyle of an individual was just as important as the aesthetic, e.g. marrying skateboarding with skater style.

When the 2000s hit, street fashion in Japan came to be known for details curated by the wearer of the clothing—as opposed to elsewhere, where the designer still reigned as prime coordinator. The spread in stores was a blend of new, second-hand, and vintage—creating the perfect breeding ground for customisation. A lot of what we began to see in the 00s were either more fully fleshed-out ideas that had arisen in the 1990s, or remixes of said styles.

A defining factor that influenced the direction of streetwear in Japan was the emergence of Supreme, landing in Daikanyama in 1998. In fact, Japan would soon be the country with the most Supreme stores in the world, boasting six stores! Every single location sold out during their launches. The popularity of Supreme and demand for a skater-oriented style led to the success of other western brands like Stussy and HUF. 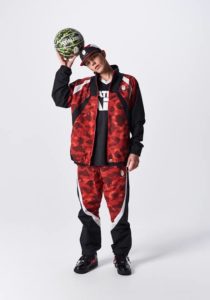 On the flipside, the birth of social media enabled the world to connect with Japan’s own unique approach to streetwear—especially with influencers and celebrities from the West taking interest in certain brands, e.g. Kanye West with A Bathing Ape. It’s in 2008 that streetwear inevitably was marketed for the masses—with the advent of high-street giants such as GAP, UNIQLO, and H&M setting up shop in Shibuya. No longer a part of a subculture, Japanese streetwear was now accessible to everyone via Fast Fashion—it had never been so easy or reasonably-priced to be on-trend.

“[Japan] is arguably the street capital of the world,” Reggie argues, not only because of the sheer diversity of styles and variety within each style, but also because of the accessibility to western brands. Reggie adds that Japan is definitely “a bucket list for anyone interested in fashion”. Here the fashion of the East and West fuse harmoniously.