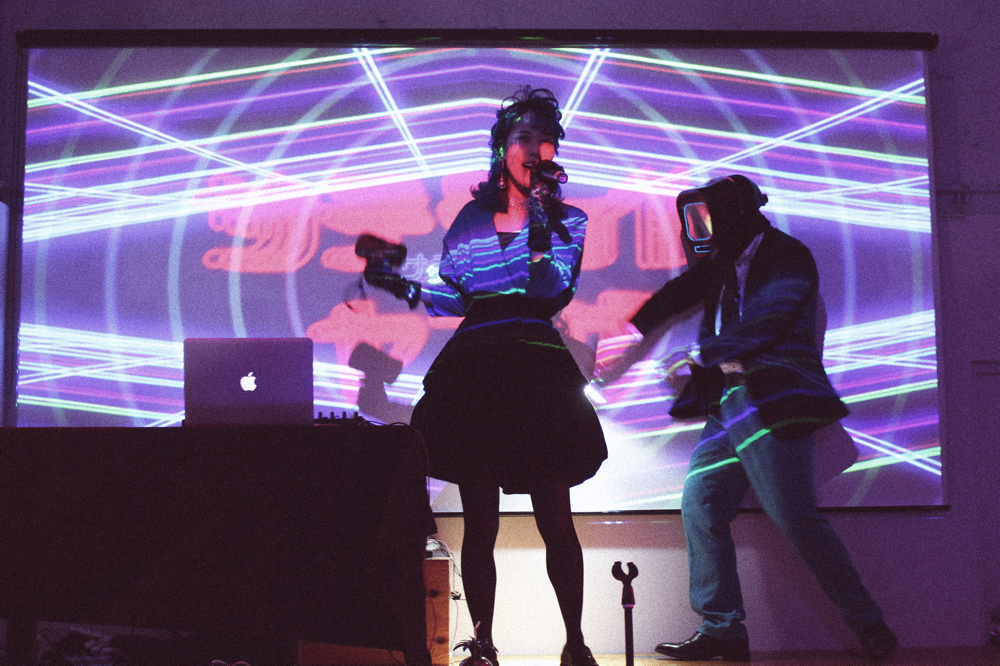 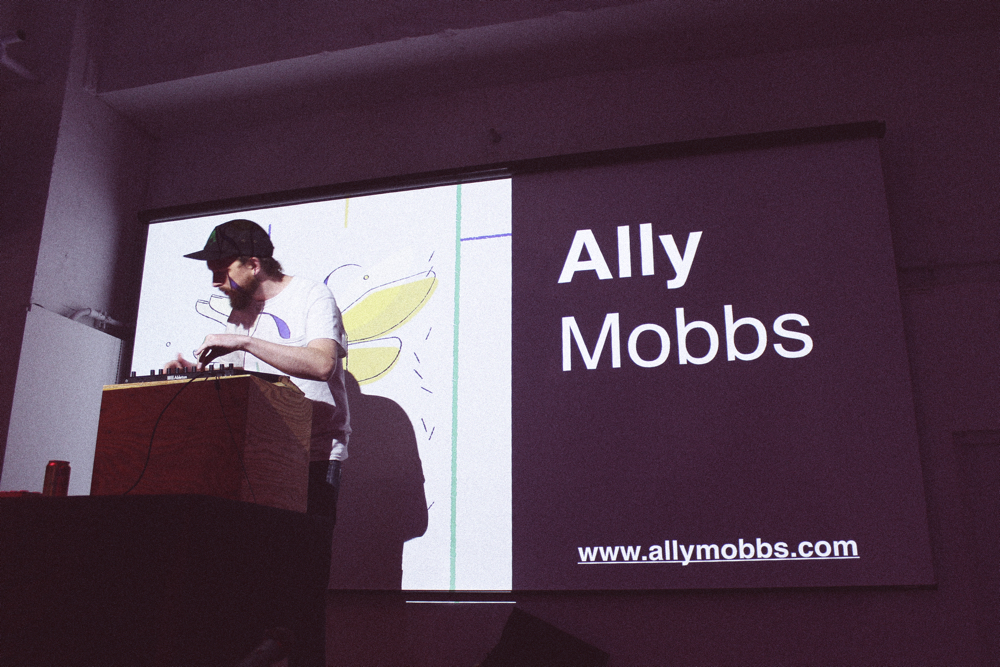 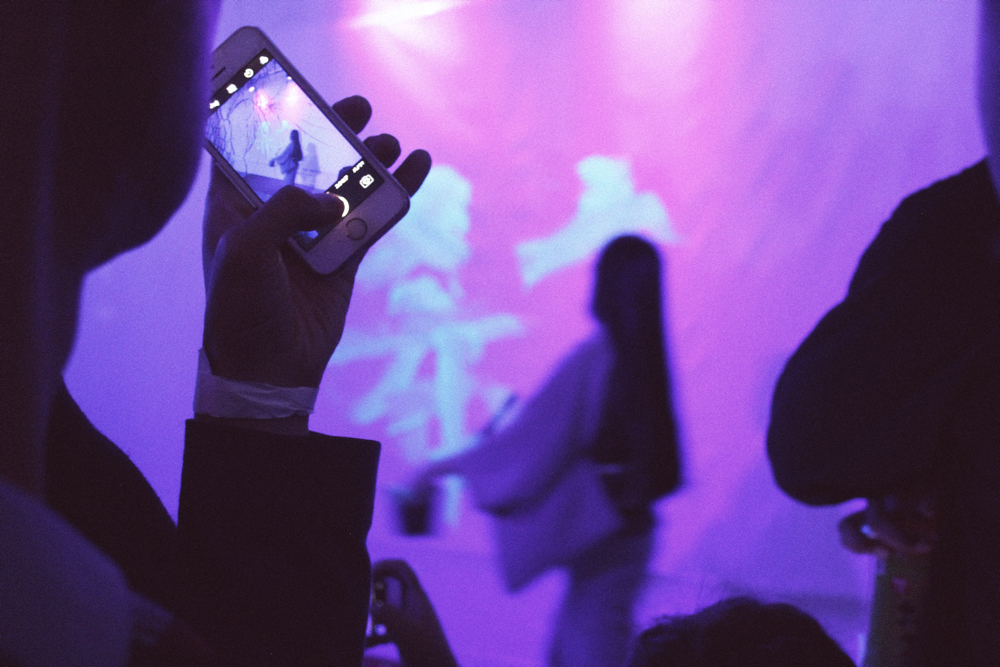 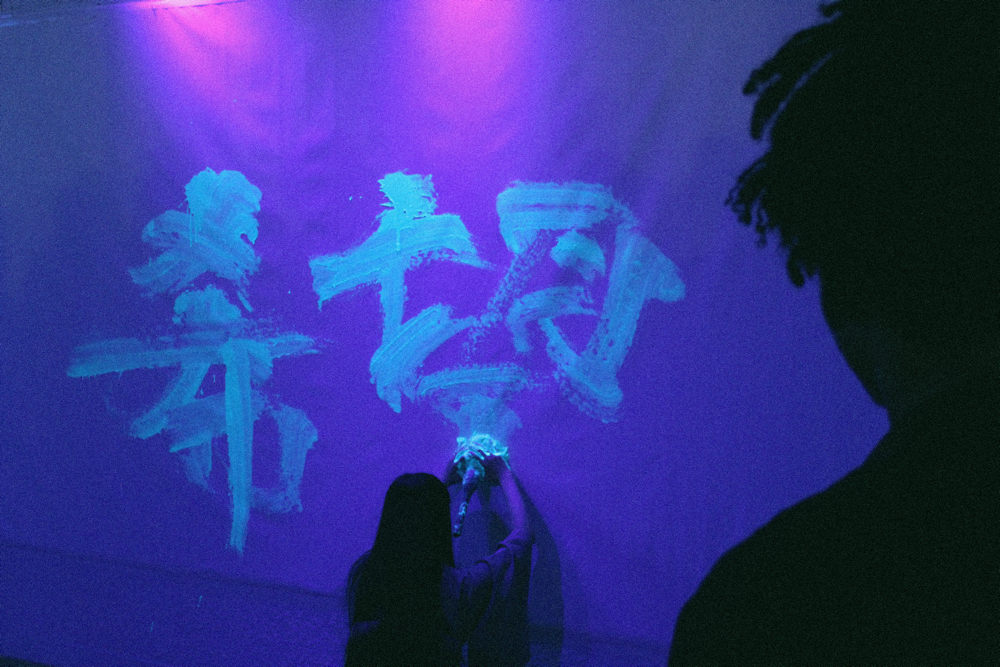 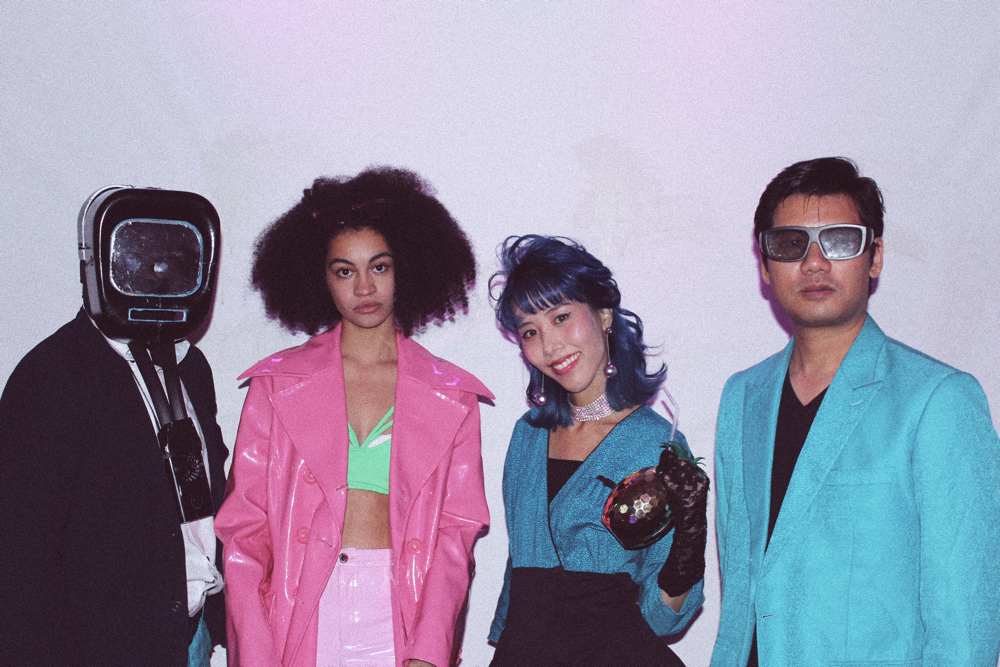 Creatives of all fields gathered at ON-1 Collective’s Vol. 6 event held at EDGEof, Shibuya, to have a good time and celebrate each other’s work—either as attendees or performers. As it was held during Amazon Fashion Week, we were particularly delighted to represent the fashion element of the night with our runway show, but there were other fantastic performers that night who added to the spectacular atmosphere.

Providing us with the mood music that evening was dosing—”dosing (short for Dreaming of Sleeping) is a Tokyo-based collective of artists and musicians designing dreamscapes with the insomniac in mind, drawing inspiration from the shackles of sleep deprivation. The innovators at dosing deliver a welcomed breath of life into the Tokyo underground nightlife scene by producing and promoting forward-thinking art/music and organizing events previously only conceivable in dreams.” Usually the events they throw are super high-energy, with a party-like atmosphere. But ON-1’s event called for a different feeling—one that dosing totally set the tone for with their opening and closing DJ sets.

Following our runway was 問題児 (Question Children), a music unit with vocals by Seidenba Saki and DJ by DJ SASA. After The COMM’s explosive, visually-stimulating runway, Question Children brought a cooler vibe to the event. Their low-key performance of their debut song, “Yellow Magic Carnival/黄色魔法”, led to a chill atmosphere. The vocalist sat on the stage steps while the DJ, in his ensemble complete with yellow pops of colour to match their track, bopped around behind his turntable. Check out their music video for “Yellow Magic Carnival/黄色魔法” below!
Youtube
Facebook
Instagram

Nanami Chinatsu graced us with a dance performance, mixing traditional Japanese clothing and music with bold neon paint. As she danced, she glowed under the UV lights with the neon paint smeared on her face and body, the bright colour accentuating each movement. Nanami, who is also Miss Heritage Japan, glided through the crowd showing off her tremendous ballet skills.
Facebook
Instagram

Another performer who used UV paint to enhance their craft was Mami, a calligraphy artist. She combines calligraphy with graffiti to create stunning paintings and murals. This time, her canvas was one of the walls of the event space. She purposefully pushed the brush against the wall with two hands, each stroke precise and deliberate. There was a performance to her calligraphy—it wasn’t just wiping a brush against a wall. Her performance felt totally apt for our Neo Trad issue: a traditional art form in traditional Japanese clothing, with a modern twist.
Website
Instagram

Kyoto-based DJ Ally Mobbs was another mood-maker for the event. His music provided an upbeat backdrop to the event while all the attendees were schmoozing and enjoying the night. His music samples the sounds and voices you might hear in daily life, incorporated into an electronic, hip-hop-like sound.

To round off the evening were Satellite Young, a quirky group whose music and look are very 80s electronic! Their vocalist Emi Kusano had the perfect blue 80s coif and was accompanied by her two bandmates Bellemaison Seikine and Tele Hideo: one man and one… robot? To provide some visuals to their show was Kana, a VJ and 3D artist who complemented their sound with the perfect graphics. Their set included hit tracks such as “Don’t Graduate, Senpai!” and “Dividual Heart”, as well as the debut performance of their brand-new single “Moment in Slow Motion”, which is out now!
Listen to it right here!

Make sure to check out all of the performers and support their work!