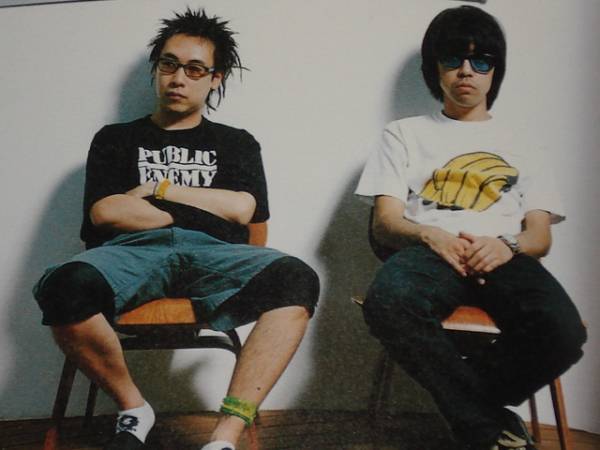 The streetwear movement is a fashion force to be reckoned with. Streetwear brands have gained global traction over the last two decades, and dad trainers and oversized hoodies are runway norms. Streetwear pioneers like the late Virgil Abloh and NIGO are now the heads of luxury fashion houses, bridging the gap between streetwear to luxury fashion.
Many of today’s most popular brands, Undercover, BAPE, NEIGHBORHOOD, and WTAPS, have one thing in common which is calling Ura-hara their birthplace. In the 1990s, a small neighbourhood in the heart of Shibuya ward created a youth movement and cultivated Japan’s streetwear scene. It was all thanks to the endeavours of three men, Hiroshi Fujiwara, Nigo, and Jun Takahashi, that Urahara was established as a streetwear capital of the world. Without the legacy of Ura-hara’s most notorious triad, Japanese streetwear and streetwear as we know it would not be the same.

So, where exactly is Ura-hara? Ura-Harajuku, also known as Ura-Hara, is an area tucked away behind the main streets of Harajuku. So if the main streets of Harajuku are famous for Takeshita Dori, a place favourite for being the centre of all things kawaii, Ura-Harajuku would be the streetwear equivalent. Think of the two like each other’s counterparts. Ura-Hara is a charming, low-key area where curated second-hand clothing and shoe stores, off-the-wall eateries, and modest art galleries reside. Most of the hippest establishments are located in Ura-Hara. But how exactly did this small area behind Harajuku gain its reputation?

It all started when 18 year old Hiroshi Fujiwara, the future Godfather of Streetwear, moved to Tokyo in 1981 where he soon immersed himself in the up-and-coming music and fashion scene. As his interests in the creative scene deepened, Fujiwara also began travelling to different cities abroad, from London, New York, to Los Angeles, gaining more information on what’s happening in the up and coming creative scene. Along the way, Fujiwara began to make friends and form long-term connections with influential and notable people in the industry such as Sex Pistols’ Malcolm McLaren to Shawn Stussy of Stüssy. To document his frequent travels abroad Fujiwara started to write in a monthly column called “The Last Orgy” in 1987. His monthly column gave readers in Japan all the latest information about hip hop and punk music, the coolest DJs, photographers, footwear, and American brands. The column was so popular amongst the youth in Japan that it became a series broadcasted on late-night Japanese TV.
BAPE’s Tomoaki Nagao, otherwise known as Nigo, was a massive fan of the series and idolised Fujiwara’s work. Nigo recorded every episode of the Last Orgy and soon began to work as Hiroshi’s assistant. Fujiwara assigned Nigo to help him with styling because he had a great sense of fashion. Fujiwara also developed a friendship with Jun “Jonio” Takahashi the founder of Undercover, and Shinsuke Takizawa who would later create NEIGHBORHOOD. Over time, Fujiwara mentored and developed relationships with other like-minded Japanese creatives through his extensive connections, forming a sense of community between Japanese streetwear enthusiasts at the time.

But how does Ura-Harajuku fit into this? In 1990, Fujiwara opened GOODENOUGH in Ura-Hara, a brand inspired by Stüssy and UK based label Anarchic Adjustment. GOODENOUGH or GDEH was a combination of everything he loved; hip hop, skateboarding, punk, and surf culture. The designs featured pop culture inspired graphics such as illustrations of Karl Marx, logos of Lonely Planet and 80’s cult surfing brand Life’s A Beach. The early collections also included bomber and varsity jackets, which have since become a mainstay streetwear item. The brand innovatively used exclusive, limited drops to build hype around their products, which usually sold out on the day of the release. 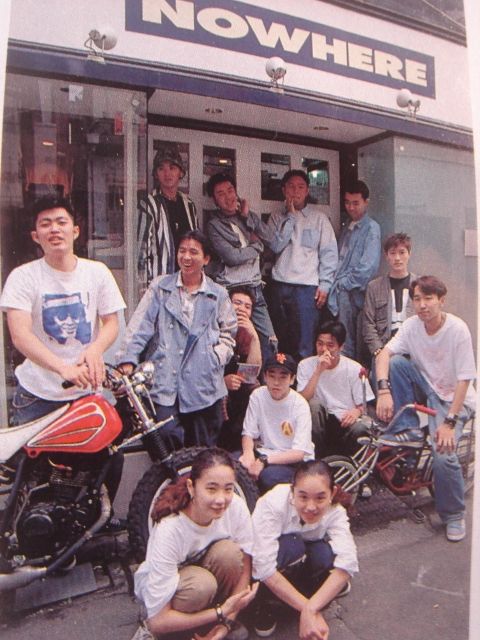 Image courtesy of divorce via Tumblr.com

After learning the ropes with Fujiwara, Nigo and Takahashi also opened their store NOWHERE in Ura-Hara in 1993. NOWHERE was divided into two sections; one carried Takahashi’s brand Undercover, while the other featured curated items by Nigo. In addition to these two sections, the store also had vintage and deadstock items from America. NOWHERE also carried pieces designed by graphic designer Sk8thing, and WTAPS’ Tetsu Nishiyama. NOWHERE quickly grew in popularity in the hip-hop and streetwear scene in Japan. Soon after, Nigo created his own label, A Bathing Ape, with the help of graphic designer Sk8Thing to capitalise on the store’s growing popularity.

Following the opening of GOODENOUGH and NOWHERE, it wasn’t long until more streetwear stores started opening in Urahara. Takizawa’s brand, NEIGHBORHOOD, also opened in the area in 1994. Takizawa, who had previously worked as a freelance stylist, was able to get acquainted with Fujiwara through a roommate of his. At first Takizawa worked for Fujiwara’s record label, Major Force, where he rekindled his interest in fashion design after seeing the design process of creating graphics for t-shirts and hoodies. His brand NEIGHBORHOOD took inspiration from the Americana passion and rebellious mindset, and its name was an ode to the neighbourhood of Ura-Hara.
Nishiyama’s label WTAPS arrived in the Ura-Hara scene in 1996. The brand is pronounced as “double taps” and the “W” is shorthand for double. It refers to a shooting technique, a name in line with the brand’s military look. Nishiyama was fascinated with the practicality, production process and material of soldiers’ clothing. Many of WTAPS’ pieces incorporate different camouflage patterns and include field jackets, duffel bags and cargos with Nishiyama’s creative flair. 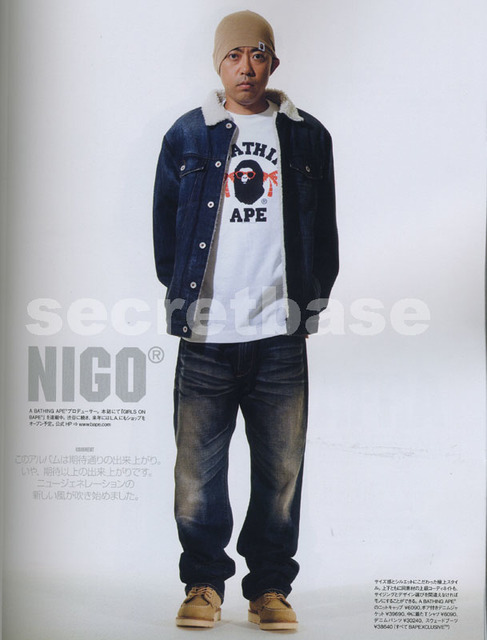 The opening of streetwear stores in Ura-Hara, from GDEH, NOWHERE, NEIGHBORHOOD to WTAPS, produced a creative community and cult-following of underground streetwear enthusiasts. The area eventually gave birth to Urahara Kei. While Fujiwara, Nigo, and Takahashi focused on cultivating their respective styles, the trio had also managed to successfully translate what was previously a foreign, Western clothing style into something for the Japanese youth. Naturally, Ura-Hara became the place to be because of all the creativity flourishing in the area, and everyone wanted a piece of the action.

To this day, Ura-Harajuku remains a special place for the streetwear community. It’s an area where talented young individuals let their originality flourish and give birth to new innovative ideas. The creation of this safe space was all thanks to the collective efforts of the three tastemakers, Fujiwara, Nigo and Takashi and the tight-knit youth creative community that followed and looked up to them. Although Urahara as a beloved area for the hip hop and streetwear community has evolved, its former legacy lives on in the hearts and clothes of streetwear lovers worldwide.