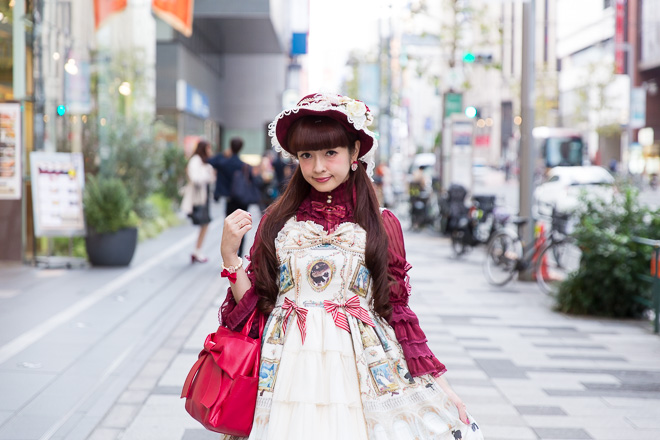 The History of: Lolita

When we think of Lolita fashion, we think of tea parties, kawaii nail art and Angelic Pretty’s popular Honey Cake dress. But what are the things that shaped our image of Lolita today? From Baby’s iconic red Elizabeth dress to Mana-sama’s striking blue lipstick, Lolita fashion’s history is as diverse as its many substyles! We want to take a look behind all ruffles and laces and uncover the truth about the origins of one of the most famous Harajuku styles.

Lolita fashion takes its main inspirations from Victorian England and French Rococo. To understand where it all began, we need to go back to the 1970s. Kawaii culture was popular all over Japan and a romanticised image of France was trendy among the youth. For many girls at that time, focusing on their own interests and femininity helped them to cope with a patriarchal system. Consuming products associated with the aesthetic gave them some form of personal freedom. Fashion brands such as Milk, Pink House and Pretty picked up on this mood and they became popular among many girls in Harajuku. Also at that time, famous British designer Vivienne Westwood opened her first shop in Harajuku. This made it possible for these girls to incorporate her designs into their outfits. Think of her iconic rocking horse shoes seen in many Lolita outfits even today! 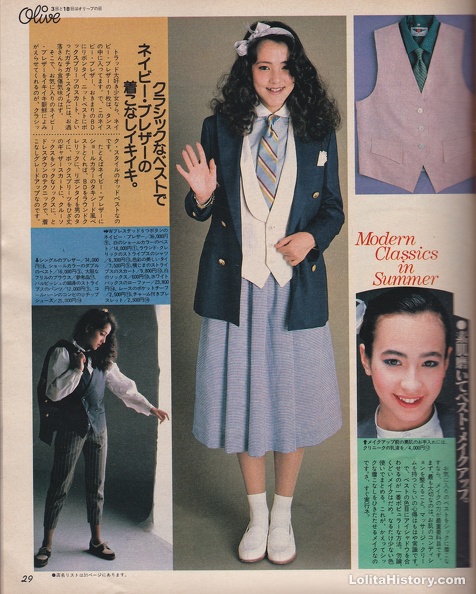 In the 80s, popular magazine Olive influenced these trends by featuring Milk and Pink House and promoting a “French lifestyle”. Olive’s readers were sold an idyllic world full of romance and kawaii. The lifestyle and brands featured in Olive paved the way for later popular Lolita brands. Akinori Isobe who worked for Atsuki Onishi, a popular brand, founded the now well-known Lolita brand Baby, the Stars Shine Bright. Until Baby came around in the late 80s, Lolita was not an established style. Especially forerunner brands such as Milk and Pink House, who promoted a more modest look compared to Lolita. Think of soft colours, floral patterns and long skirts with lace. We didn’t see Lolita essentials like petticoats or headdresses just yet. Baby’s connection to Olive and its French Rococo inspiration makes it clear that the beginnings of Lolita can be traced back to the 70s French kawaii aesthetic, combined with Westwood’s British punk designs. 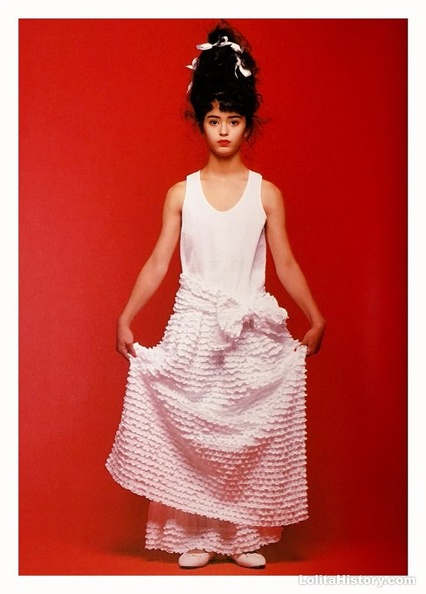 In the 1990s, Lolita saw its popularity soar! Brands experimented with punk and classical elements, Misako Aoki started her career modelling for street fashion magazine KERA, and FRUiTS started taking Street Snaps of Lolitas in Tokyo. During this time of popularity, the word “Lolita” was first being associated with the fashion. There are plenty of theories surrounding the name and even designers from that time don’t know the exact truth. The 90s marked the beginnings of Gothic Lolita style, created by Visual Kei guitarist Mana-sama. He created a link between Visual Kei aesthetic and a dark Victorian twist on Lolita. His fans, formerly dressed in Milk and Pink House fashion, were able to get the full Mana look by shopping at his own brand Moi-meme-Moitie. The brand’s initial two lines, Elegant Gothic Lolita (EGL) and Elegant Gothic Aristocrat (EGA), influenced Lolita for decades to come. 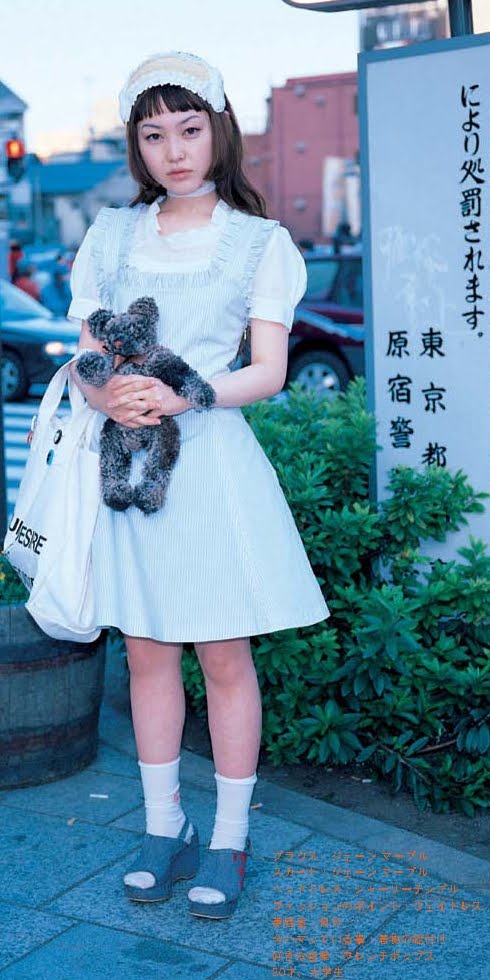 Also at this time, clear elements of Lolita fashion were established. Think of aprons, Mary Janes, blouses, small petticoats, fringes and headdresses with popular colour combinations including white, black, pink and sax. For Gothic Lolita, long aristocratic coats and dresses, petticoats, platform heels, and heavy makeup characterised the look. From designers to models to consumers, everyone helped to establish the fashion’s basic silhouette and rules. 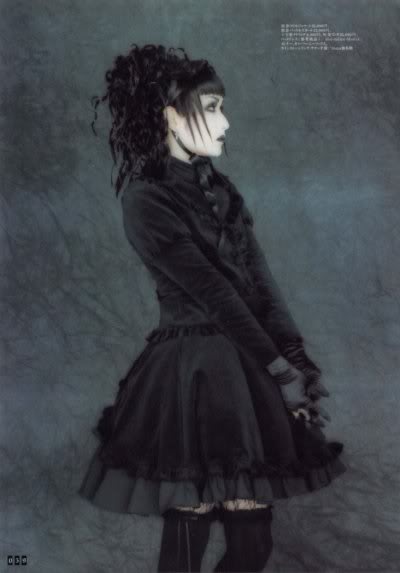 The noughties were a decade of excitement and Lolita was no exception. While Olive magazine shut down, KERA created the famous Gothic & Lolita Bible. Pretty changed its name to Angelic Pretty and many more brands started catering to different Lolita substyles. Baby created their famous Elizabeth dress, and with the movie Kamikaze Girls, the image of the independent and aloof Lolita was born. The movie’s heroine Momoko wears Baby and daydreams about her ideal life in the French rococo era. Focusing on her own interests and femininity, her personality reminds us of the girls’ lifestyle from the 70s. In terms of look, floral prints were popular and parasols or handbags a must-have. Light makeup, long hair, a headdress and petticoat completed the look! A few years after Baby, Angelic Pretty took their cute aesthetic to the next step and Over The Top (OTT) Sweet Lolita was born. Think of fluffy pink wigs, bright colours, cupcake and teddy prints and flat Tea Party shoes. Gone were the laces and plain colour palettes, everyone was suddenly into pastel cake prints and big petticoats!
During that time, Lolita gained popularity overseas. Metamorphose opened their first English online business and Baby and Angelic Pretty opened shops in Europe and the US. Misako Aoki became the Kawaii Ambassador for Lolita fashion and the LiveJournal community EGL for western Lolita was born. Designer Kammie started her brand Minty Mix, having a long-lasting influence on western Lolita fashion.

After the 90s’ huge sudden popularity, the noughties were Lolita’s honeymoon phase. The international recognition helped develop the style further and brands made their designs more accessible outside of Japan. Within the boundaries of the fashion’s rules, Lolita explored its full potential. But sadly all good things must come to an end. Moi-meme-Moitie closed all their physical shops and Baby closed their store in Paris. Magazines such as KERA, FRUiTS and the Gothic & Lolita Bible published their last volumes in 2017. With the takeover of fast fashion giants in Tokyo, gentrification and SNS platforms, people feared a slow death for Lolita fashion. 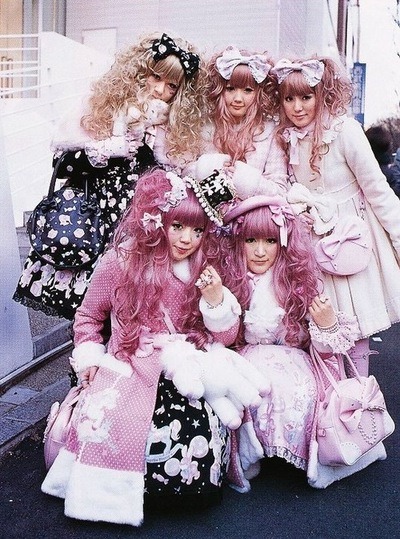 Nowadays, it seems as if Lolita has toned down. People long for fashion from the 00s era which has come to be known as Old School Lolita. Baby took note of the return of “Old School” style and has been rereleasing some of their most iconic dresses from the early 2000s. Even though Lolita fashion’s popularity is waning in Japan, the popularity of Lolita fashion in China has been on the rise. Japanese brands are organising tea parties in Shanghai and opening new shops. There is hope to see Lolita stay around for a while longer! Popular Chinese Lolita Xie Anran describes Chinese Lolita fashion as less strict and more comfortable. The Chinese Lolita community seems to challenge the fashion’s rules, allowing freedom to spread amongst the global community. Chinese Lolita fashion looks light and elegant. The outfits sometimes show shoulders and stray away from traditional accessories. Long dresses and doll-like makeup complete the look.

So, what exactly is Lolita fashion now? It’s a mix of Japanese fashion influenced by kawaii culture, a Japanese take on a French aesthetic, Vivienne Westwood’s British influence, Mana-sama’s love for Victorian England… and a whole bunch of other things! Magazines and brands will come and go, but the people who wear and love it will continue to wear the style.
And if you ever find yourself worried about the current state of Lolita and Harajuku, just think about Mana-sama’s words: “Gothic Lolita and the people who love this culture are forever, and I will continue to protect this world.”