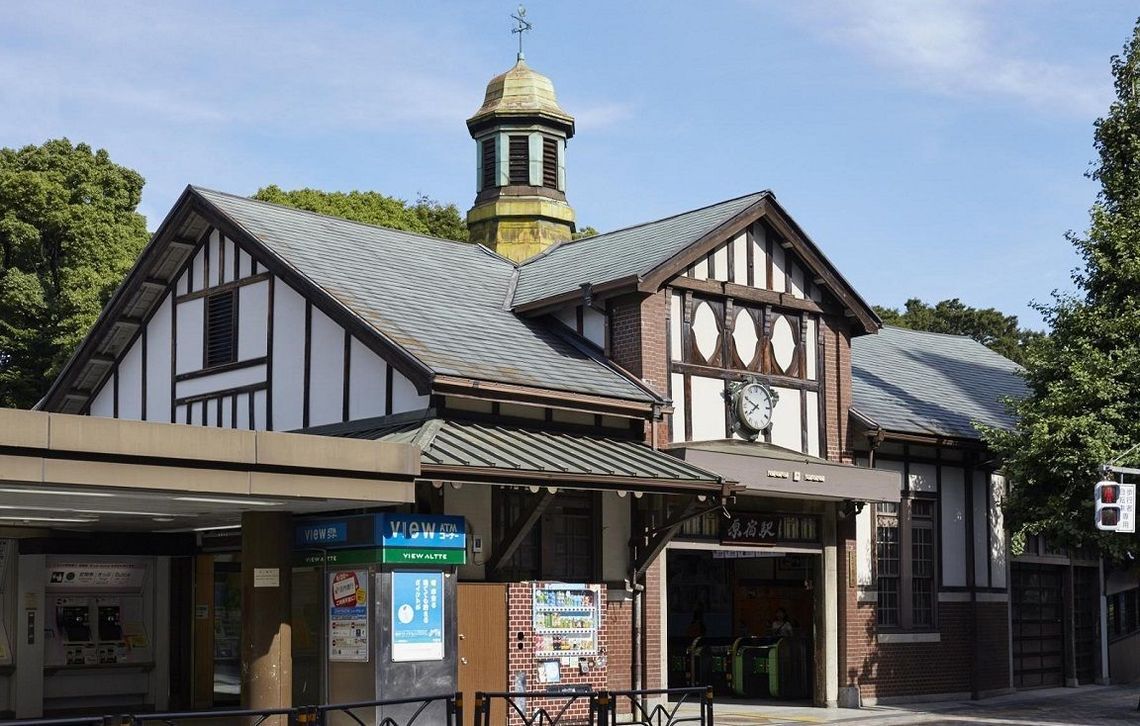 The History of: Harajuku

What do street fashion, crepes and Purikura have in common? You can all find them in Harajuku! Harajuku is the birthplace of some of the most iconic street styles and has been the favourite hangout spot for young creatives in Tokyo for many generations. While different Harajuku styles have spread across the globe in the last few decades, it was the international influence on Harajuku that paved the way for the fashion that we love today. From Takenoko-zoku to Decora, let’s uncover the history of Tokyo’s most kawaii area!

Harajuku’s history goes way back to the 1940s. During that time, the area would become Japan’s first ever sophisticated international district. After World War 2, an apartment complex called Washington Heights was built on a vacant lot, previously used for military purposes, in Harajuku. Washington Heights was famous for introducing foreign and especially American families to the area. Over time, the youth around Harajuku got in touch with their new foreign neighbours. They envied them for their style but also felt motivated to develop their own fashion sense because of their newfound western inspiration.
In the 1950s, Harajuku’s next big construction followed — Omotesando Central Apartments. While they were initially built for the American military, many Japanese creatives stayed there due to the number of available offices. Fashion designers, models and photographers used to meet up at the famous Café Leon, located on the ground floor. During the Tokyo Summer Olympics in 1964, the Americans of Washington Heights moved to a different base which made room for Harajuku’s first boutiques, late-night establishments and cafes to open. At the same time, the young fashionable Harajuku kids got their own name, Harajuku-zoku. 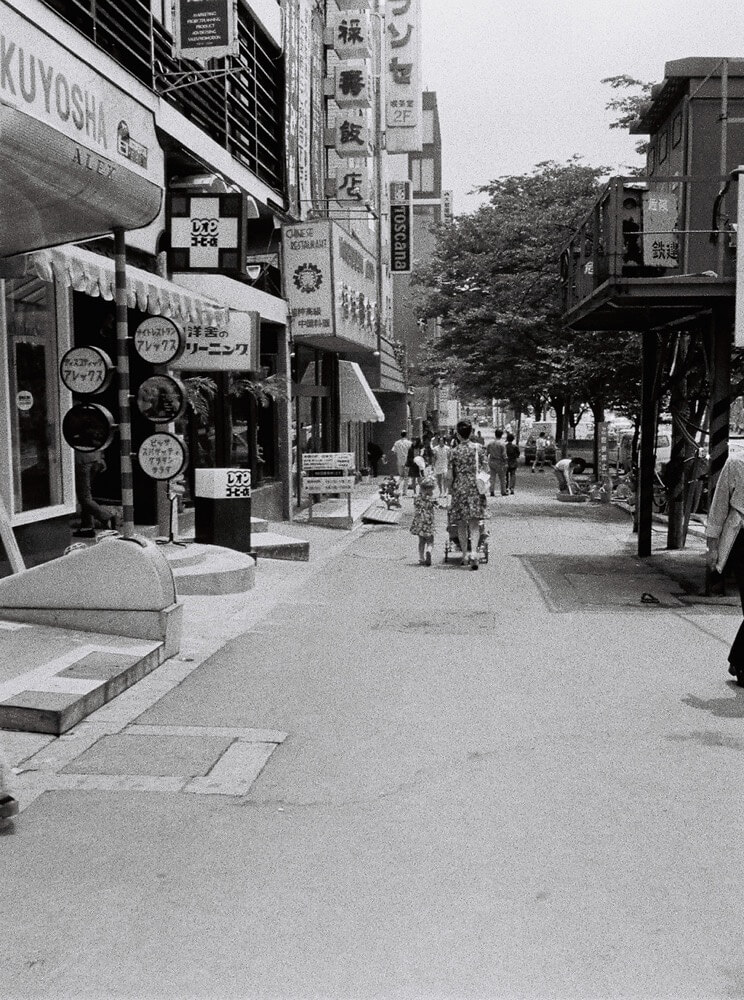 Image courtesy of kyokohiraku via Ameblo.

In the 60s and 70s, the apartments in the backstreets of Harajuku (now known as Ura-Hara) were quite affordable and young creatives would set up their atelier to sell their own designs or counterfeit products to sell to smaller shops. Other designers would rent small shops on Takeshita Dori to sell their limited collections to their customers directly.
In 1964, Japan’s first boutique Mademoiselle Non Non opened on the first floor of Central Apartments, followed by Milk right next to it in 1970. These designers maintained creative control due to their small and limited collections and shop size. They were known as Mansion Makers. The name is a homage to their backgrounds as designers, renting small apartments or ateliers in Harajuku to kick off their careers (apartments are called manshon in Japanese). Some of the most famous Mansion Makers from Harajuku today are Milk, Comme des Garcons, and Kansai Yamamoto. These designers got inspiration not only from Harajuku’s international flair, but also from visits abroad. A good example is Yamamoto, who travelled to the UK to check out the London fashion scene. In 1971, Yamamoto became the first Japanese designer to show in London, followed by Rei Kawakubo of Comme des Garcons, Yohji Yamamoto and Issey Miyake in Paris.

While some Japanese designers became big names internationally, Harajuku was still not known as the hub for alternative street fashion that it is today. However, the following decades would see a rise in creative designs worn on the streets, putting Harajuku’s street fashion culture in the spotlight for the decades to come. In 1971, Japanese magazine anan launched, followed by non-no not long after. Both included special features on Harajuku and popularised its image among the youth as a creative and fashionable district.
In 1977, Harajuku’s first crepe shop opened, a significant gamechanger! Famous Harajuku crepe shops like Santa Monica Crepes or Marion Crepes have become interchangeable with the word Harajuku. Even today, when you look up Harajuku online, you will find dozens of photos of the cute iconic dessert. Many more crepe shops would follow in the decades to come, branding crepe as Harajuku’s most popular street food enjoyed by the fashionable crowd. A year later, the famous Harajuku landmark Laforet opened its doors. The shopping centre is still one of the most well-known buildings of Harajuku today and further contributed to Harajuku becoming the epicentre of creative youth fashion.
Around the same time, a section of Harajuku’s Jingu bridge got closed off for traffic on Sundays. This closure, known as the Hokoten or pedestrian paradise, lasted until 1998 and led to large gatherings of young people wearing their favourite alternative fashion within their group of friends. As a result, we got Takenoko-zoku, Harajuku’s first widely known subculture. They gathered wearing baggy jumpsuits in bright colours and danced to boomboxes or loudspeakers and later even bands! Their dances incorporated dance moves at Shinto festivals, as well as moves from the Hippie culture and the American disco movement. Boutique Takenoko opened around the same time catering to these young people and still exists on Takeshita Dori today. 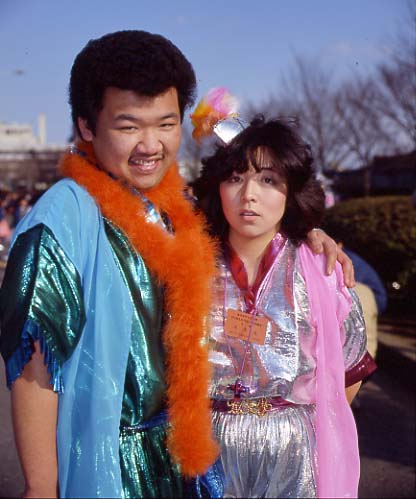 After Takenoko-zoku, more subcultures would appear on Harajuku’s streets in the years to come. Japan experienced an economic boom in the 80s and young people had more disposable income to spend on fashion. At the same time, western companies from the U.S and Europe recognized Japan as a potential target audience and entered the Tokyo market. Not long after, Hip-Hop and skate shops would pop up one after another in Harajuku’s backstreets Ura-Hara, where the rent was still quite affordable. This attracted even more people interested in different types of fashion. What followed was a boom in street fashion styles such as Decora, Lolita and Visual Kei. With the intent to capture these outfits, the legendary FRUiTS magazine was born. Founder Shoichi Aoki, who formerly took street snaps of fashionable people in London, decided to publish his street snaps of Harajuku’s creative youth from 1997 onwards. Nowadays, street snaps can be seen in all sorts of media from Instagram to magazines.

In the 2000s the name “Harajuku” became synonymous with diverse street fashion culture. A normal day in Harajuku would include going shopping at iconic brands such as SEX POT ReVeNGe and 6%DOKIDOKI, going to Laforet to discover up and coming designers, eating crepes and taking Purikura. This was Harajuku’s prime time! Harajuku became more than just a place to shop. It was a place to socialise and explore alternative fashion in a safe environment. With the internet, Harajuku became known internationally for its unique fashion scene as well. Over the years, we have seen western celebrities like Lady Gaga and Nicki Minaj wearing Harajuku fashion, Japanese brands catering to overseas countries, and international publications of magazines like the Gothic & Lolita Bible! Tourists flock to Harajuku in the hopes of taking a peek at cool Harajuku kids too. Additionally, the Japanese government has started to capitalise on Harajuku’s unique street fashion scene. With their Cool Japan Programme, they tried to promote the kawaii culture and fashion outside of Japan. 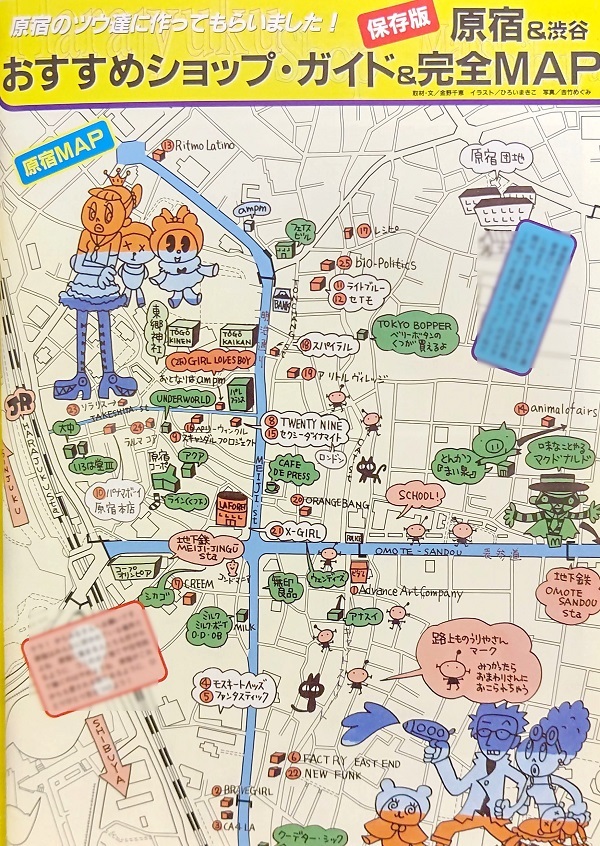 From a military base to a fashionable commercial success – Harajuku has gone through a lot of development and changes. The international influence from the 1940s to 1960s, laid the foundation for Japan’s creatives to explore fashion in a different way.
However, in the last couple of years, news about Harajuku has not been as positive. From big fast fashion names entering the market, to shop closures and a general decline in beloved street styles, naturally people are worried! While things might look unsteady right now, we shouldn’t give up so easily. Harajuku has experienced change constantly for the last 80 years and it will continue to change. People on the streets are as creative as ever and with each generation, new influences will enter the scene. We are ready to see Harajuku’s next chapter unfold!