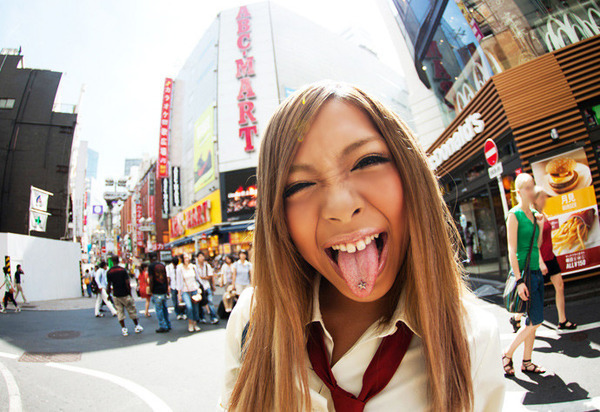 The History of: Gyaru

The origins of gyaru possibly go back to the 1980s when all-girl biker gangs ruled Tokyo’s streets. Their hardcore style, attitude and rites of passage like graduation ceremonies, very much remind us of the gyaru of today. Even more so they embodied a rebellious spirit, now referred to as gyaru maindo (gyaru mind). The magazine “Teen’s Road” that brought this biker style to small town schoolgirls. Over time, leather jackets and boiler suits with kanji lettering became a more mainstream trend and real biker girls got angry at posers! Teen’s Road eventually ended because the staff were “tired of being physically assaulted by the readers” and some biker girls were even kidnapped.
At the same time, elite university clubs were throwing parties in Shibuya with organisers known as chiimaa (teamers). These well-to-do chiimaa regularly hit the dance floor instead of hitting the books. Chiimaa’s girlfriends mimicked LA beach style and earned the nickname paragyaru or “paradise girls”. Paragyaru didn’t know yet but their dress sense would inspire what was to follow in the 1990s.

Kogyaru (“ko” meaning “little” or “kid”) appeared in the 1990s. The name is believed to have originated as bouncer slang to describe the high school paragyaru girls who tried to sneak into clubs by dressing older. Affluent high school girls with chestnut coloured dyed hair (chapatsu), short school skirts, designer uniform blazers, oversized cardigans and modest tans were the trendsetters of the time. Loose white socks and white eye makeup were the cherry on top! But why were high school girls wearing their uniform after school? It was actually a popular ploy for rich schools to entice new freshmen with the fashionable designer uniforms. Girls wanted to be seen wearing their blazer and skirt after school as a marker of style, school pride and as a symbol of youth. 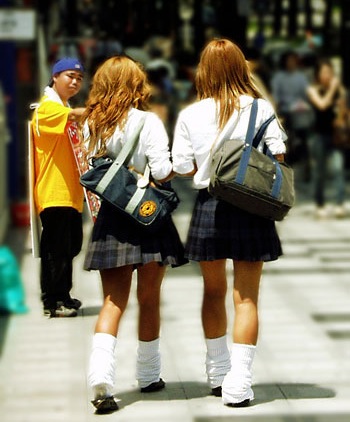 High schoolers eventually took over department store Shibuya109. Anything bought there was considered kogyaru style, like crop tops from Me Jane and Esperanza platform sandals. Many of the first kogyaru began to work at 109 shops becoming well-known gyaru fashionistas, dubbed “super charisma clerks” (スーパーカリスマ店員). Celebrities like singer Amuro Namie with her natural kogyaru appearance placed gyaru style into the mainstream’s consciousness. She had a natural Okinawan tan, light brown hair and wore white lipstick. Her stage outfits mimicked 109 style, and so Amuro fans thinned their eyebrows, wore chunky platform boots and colourful belly tops in admiration. That earned them the nickname Amuraa (Amuro admirers) which crossed over with gyaru style.

In 1995, Egg magazine launched as the number one source of gyaru fashion and lifestyle. After all, gyaru didn’t care what others thought about them and they took pleasure in being loud, sex-positive and even developed their own slang. Egg magazine took street snaps of kogyaru who sometimes went on to become regular models, for example Rumi Itabashi and Kaoru Watanabe. Meanwhile, purikura launched in 1995 with the idea for business professionals to take miniature portraits of themselves for their business cards. No one foresaw them becoming super popular in gyaru culture, with pages and pages dedicated to them in Egg. 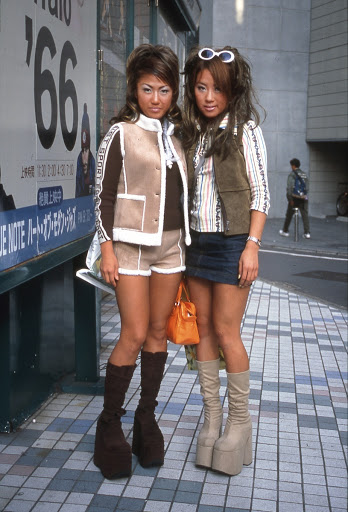 Adults were worried about Japan’s declining national character in the late 1990s. Kogyaru with their gyaru mind ethos were targeted and chastised for their alleged practice of enjo kōsai (compensated dating). Growing up with new tech like pokeberu (early pagers) and terekura (telephone clubs), these women gained more independence but also new ways to wreak havoc. For example, terekura were created to connect men and women who wanted to date. But when kogyaru called in to the terekura, they set the men up on a date just to stand them up.
Teenage girls were also widely viewed as serial shopaholics. People thought that they wouldn’t think twice about selling their worn underwear to businessmen for money! Even though only a handful of kogyaru did this, the media didn’t care! Kogyaru were the face of “shameful” public morals. But the more the media covered enjo kōsai, the more schoolgirls congregated in Shibuya’s streets to make big bucks! In the end teenage prostitution became associated with kogyaru style.

After a decade of kogyaru mania, new substyles and gyaru circles emerged. One of the most prominent gyaru circles was Angeleek. Angeleek primarily wore a style of gyaru called ganguro, which were gyaru who darkened their skin. Other substyles like mamba and yamanba evolved out of ganguro. Yamanba wore the darkest foundation they could get their hands on, wore extreme white eyeliner, harsh nose contour and decorated their cheeks with gems and flowers. They liked tropical, beachy clothes and floral accessories. It was dramatic and yamanba were impossible to ignore! But by the early 2000s there was a sudden decline in these more extreme styles. Due to the style’s unsavory reputation, girls turned to other substyles of gyaru or stopped being gyaru completely. Egg even took a break from publishing for a few months. Was this the end? 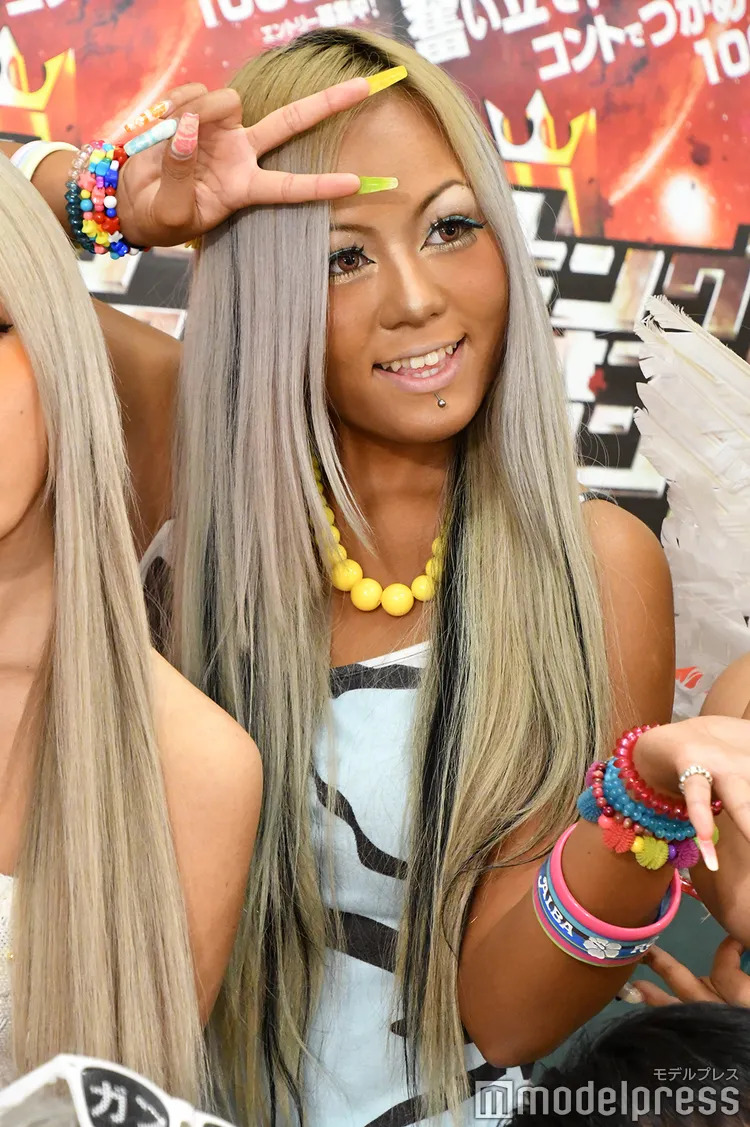 Not exactly! Egg and other gyaru magazines returned as the mid-2000s brought about an unexpected gyaru renaissance. In 2005, another magazine called Ageha was launched. It was aimed at gyaru Hostesses who called their style agejo. By 2008, gyaru was thriving and there were so many genres of gyaru and the style became more popular internationally. Styles like hime-gyaru, hime-kaji, onee-gyaru, rokku-gyaru and ame-kaji entered the scene. Tsubasa Masuwaka, a prominent gyaru figure at the time, was featured on both gyaru and non-gyaru magazine covers. She also launched a makeup and false lashes line called Dolly Wink which is still popular today!

The late 2000s to mid 2010s saw a more laid back toned-down look. Gradually, girls lost interest in the style and Egg and Ageha ceased publication. Gyaru brands followed the magazines by toning down or rebranding. In 2014, Alisa Ueno’s brand Fig&Viper was dubbed as neo-gyaru in an article by ViVi magazine which sparked some debate. Many gyaru did not view this brand as gyaru and Alisa Ueno herself admitted that she never called her brand neo-gyaru.

Not many other styles have lasted as long, or made so many comebacks. From the biker gangs of the 1980s to the yamanba of the 2000s, gyaru fashion has gone through many changes. Some even claim we are in a post-gyaru era! Will it ever become a mainstream fashion again? Who knows, but in the meantime we’ll be rehearsing our Para Para dance moves!