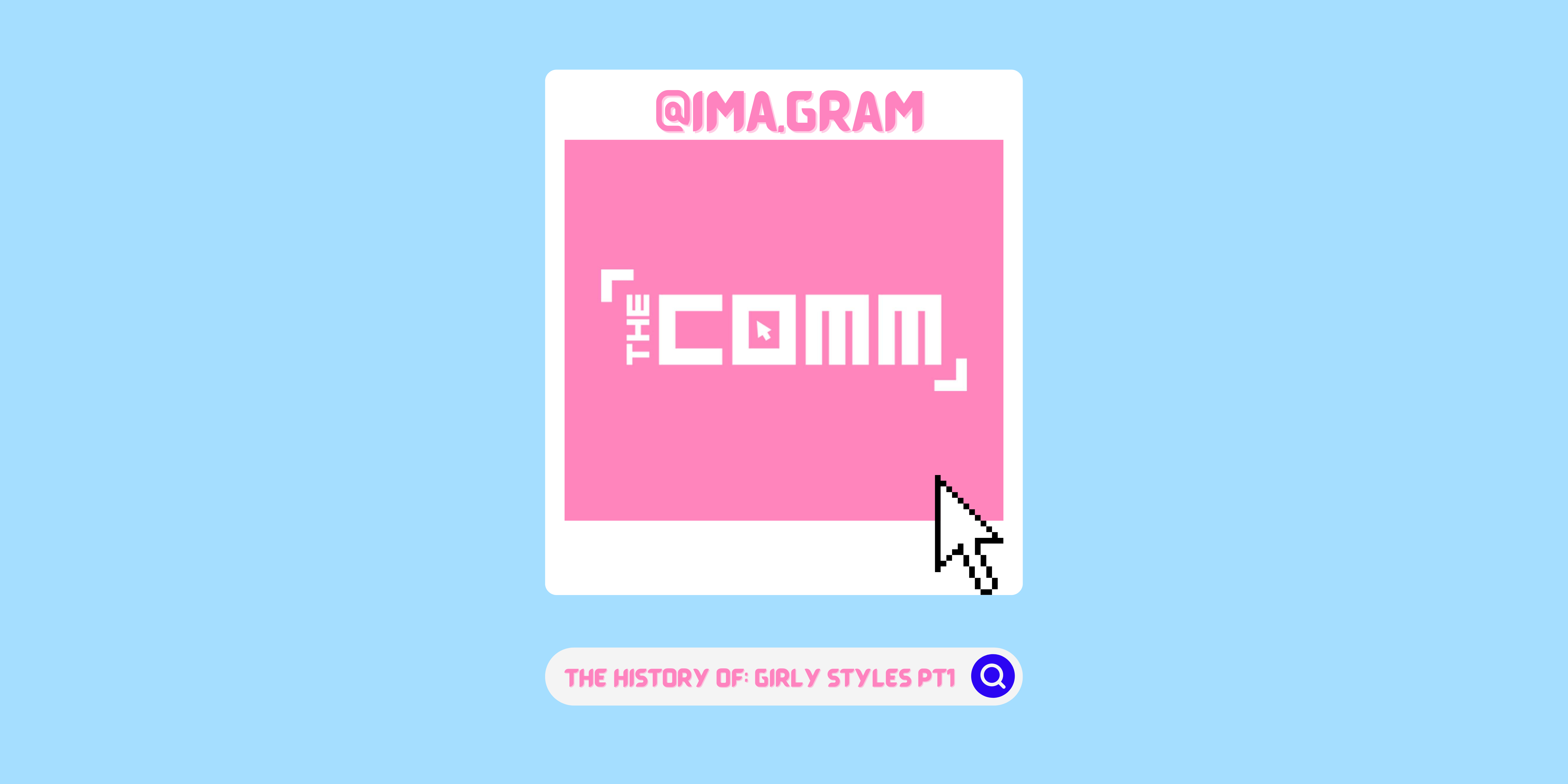 Imagine a girl dressed in layers of sheer off-white blouses and laces. Her hair is light brown, her curls a bit messy. She carries a red tote bag decorated with floral patterns and doll heads. Her appearance is whimsical, like a witch that just left her forest. For some of us it’s clear — she must be wearing Mori Kei! But for others it looks like Dolly Kei. Or maybe even Cult Party Kei? Having emerged all in the early 2010s, these three styles often overlap, causing debates online. But don’t worry, The COMM is here to help uncover the truth about these three Harajuku styles and why their names might even lead to confusion among a Japanese audience.

Mori Kei (“forest girl”) emerged in 2006 from Japanese social media website Mixi. It was an homage to one user’s outfits that reminded their friends of a forest. It’s all about earthy colours, lace and floral prints. Oversized scarves and layers of handmade or vintage items made of cotton and linen are key elements to the style. The silhouette is loose, almost like a forest fairy trying to hide her figure. By 2009 the name Mori Girl was widely known in Japan, with Mori Girl magazines and brands like Wonder Rocket rising in popularity. During its prime, Mori Girls were often seen in street snaps wearing loose, messy braids, and flower crowns and took on a carefree down-to-earth personality. Although it is still popular online, Mori Girl quickly died out in Japan in the mid-2010s. 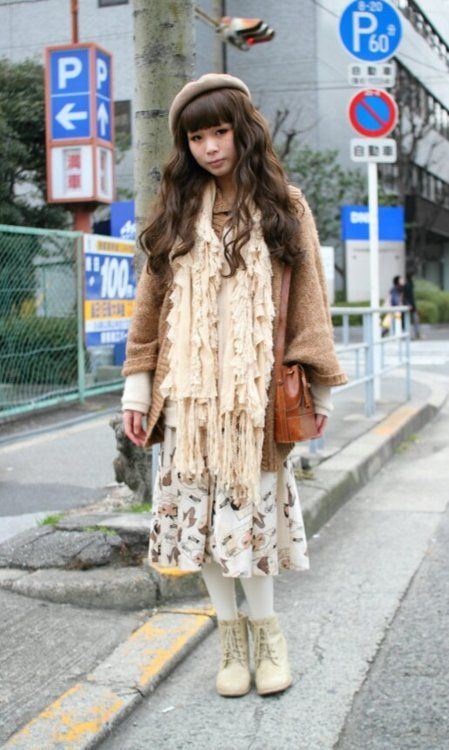 Image courtesy of moriaimer via WordPress

Cult Party Kei refers to fashion brand The Virgin Mary, formally known as CULT PARTY in 2006. The shop in Koenji, now located in Harajuku, became known for items with religious imagery, and fans of the shop wearing layers of blouses and nightgowns. In a typical Cult Party Kei look pastel colours are complemented with shades of white. Cult Party Kei is also well-known for its big red crosses and tote bags. In contrast to Mori Kei, tattoo tights, heavy blush, as well as 80s & 90s anime and cartoon characters are widely used. The latter, combined with Cult Party Kei’s pastel aesthetic, reminds us of Spank or Fairy Kei.
Before this ethereal look became established as the Cult Party Kei look, the style was a lot closer to the antique look championed by the shop Grimoire, mixed with the earthy tones of Mori Girl. So it’s easy to see how people were confused! Just like Mori Girl, Cult Party Kei peaked in popularity and died out not long after in the mid-2010s. While the shop’s staff called their fashion “Cult Party Kei”, the term is widely unknown in Japan and only really used online. 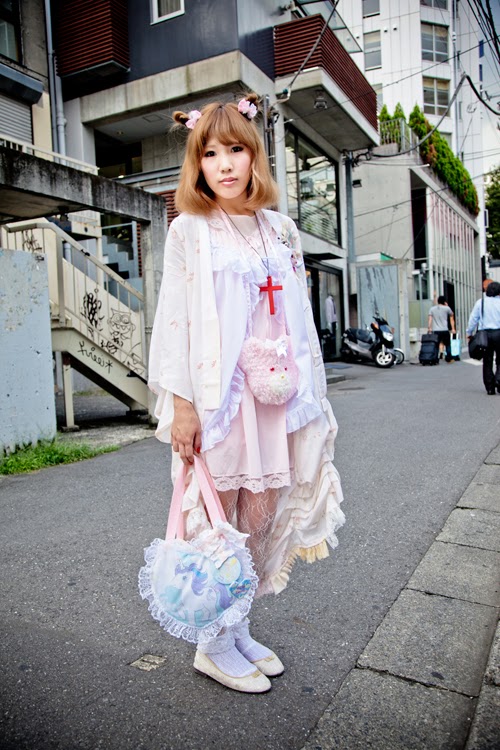 Image courtesy of fyeahjapanesefashion via Tumblr 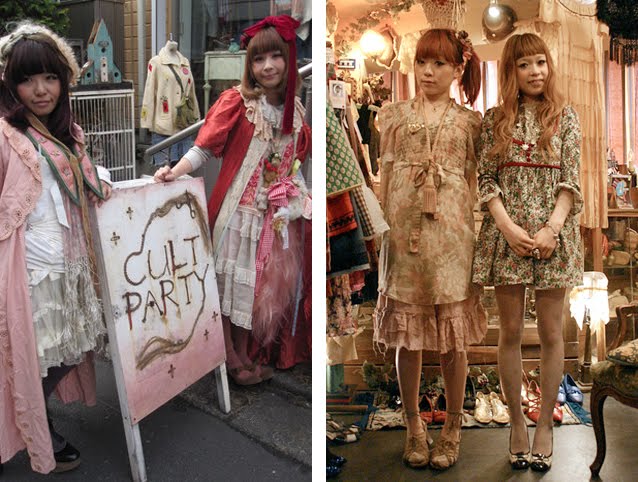 Image courtesy of thriftycent via WordPress

Dolly Kei comes from “dolly”, the shop Grimoire’s name for their line of accessories. Since Grimoire’s opening in 2008, Dolly Kei has been associated with their fashion by the online community. Though the term is not widely accepted in Japan or even by Grimoire’s creators. It’s characterised by its use of dark reds and greens as well as off-whites and lighter colours. In contrast to Mori Girl and Cult Party Kei, Dolly Kei’s biggest inspirations are European folk tales. Embroidery, animal fur and bones as well as doll heads are popular accessories. While big scarves, layers and laces are key, the silhouette is often fitted rather than loose. When entering Grimoire, it feels like entering a Grimm’s fairytale. Decorated with plants and animal décor, it’s a paradise for every vintage-lover. Grimoire has become more mainstream since Dolly Kei’s popularity declined in the mid-2010s. 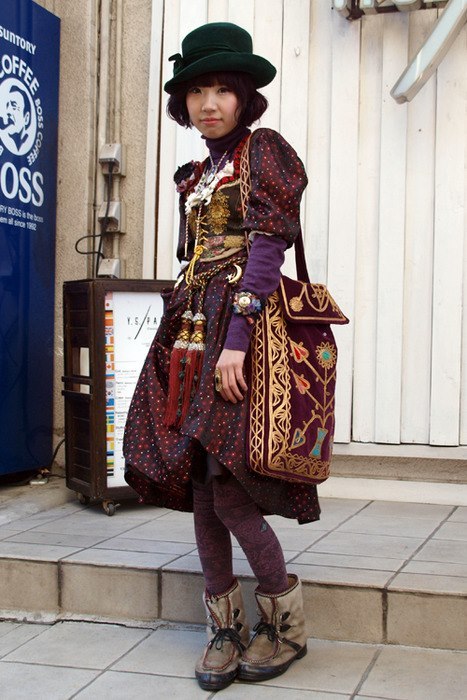 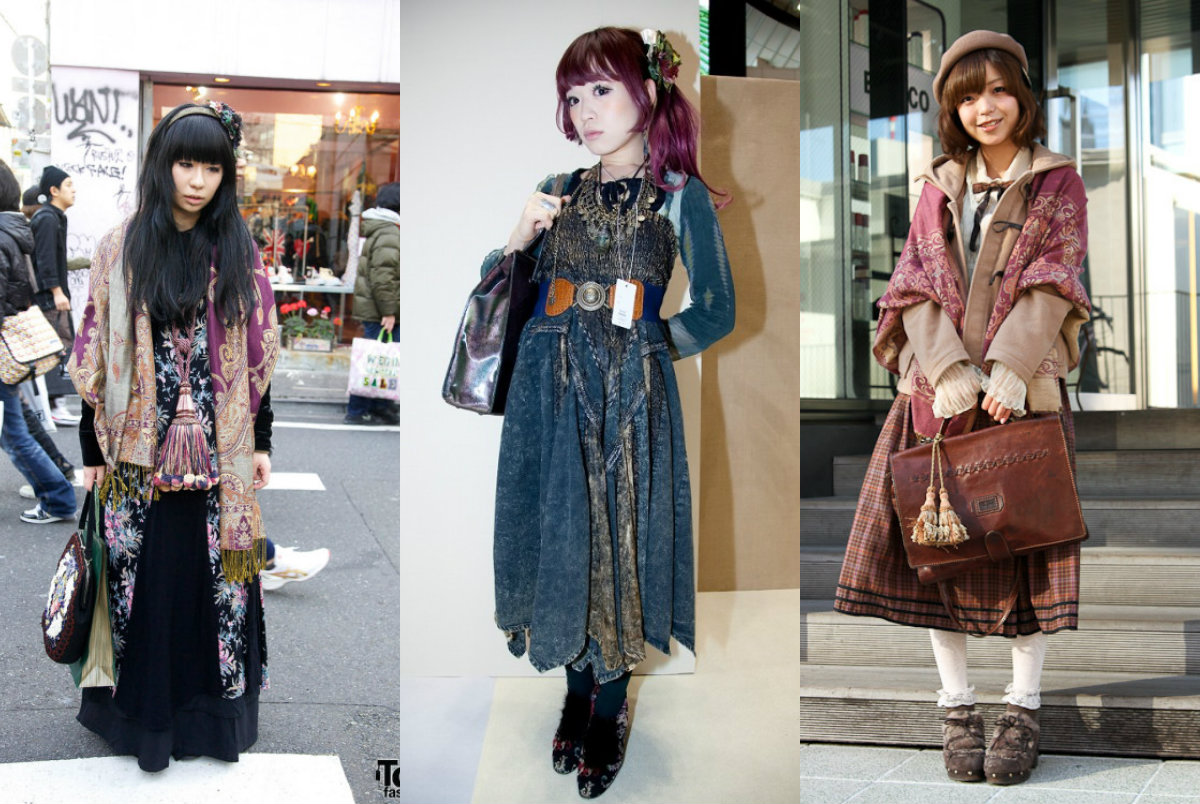 Image courtesy of idontknowmuchbutimlearning via Blogspot

A few years ago, Tokyo Fashion sparked a debate when labelling Grimoire’s aesthetic as Dolly Kei. For others it was clearly Cult Party Kei or Mori Girl! While all three of them have different key features, they have more in common than not, making a clear distinction almost impossible. From Tokyo Bopper shoes to natural colours and layers of laces and blouses, the similarities won’t stop. Think of messy hair, flower crowns and a DIY aspect as a few more staples that all three have in common. While it’s fair to say that Cult Party Kei is more pop, Mori Girl more down-to-earth and Dolly Kei has more of a creepy-cute aspect, the lines between each style are blurry. Dolly Kei outfits often incorporate Cult Party Kei’s religious motifs, and Tavuchi from Spank even attended Grimoire’s 5-year anniversary party selling her designs to a Dolly Kei and Mori Girl audience.

While Mori Girl gained popularity in Japan, Cult Party Kei and Dolly Kei simply never had enough time to fully establish themselves. All three styles developed, changed and overlapped with each other. Most Japanese street fashion comes and goes through experimentation with other styles and will never really have an official label to begin with. It’s up to us to decide on the label!