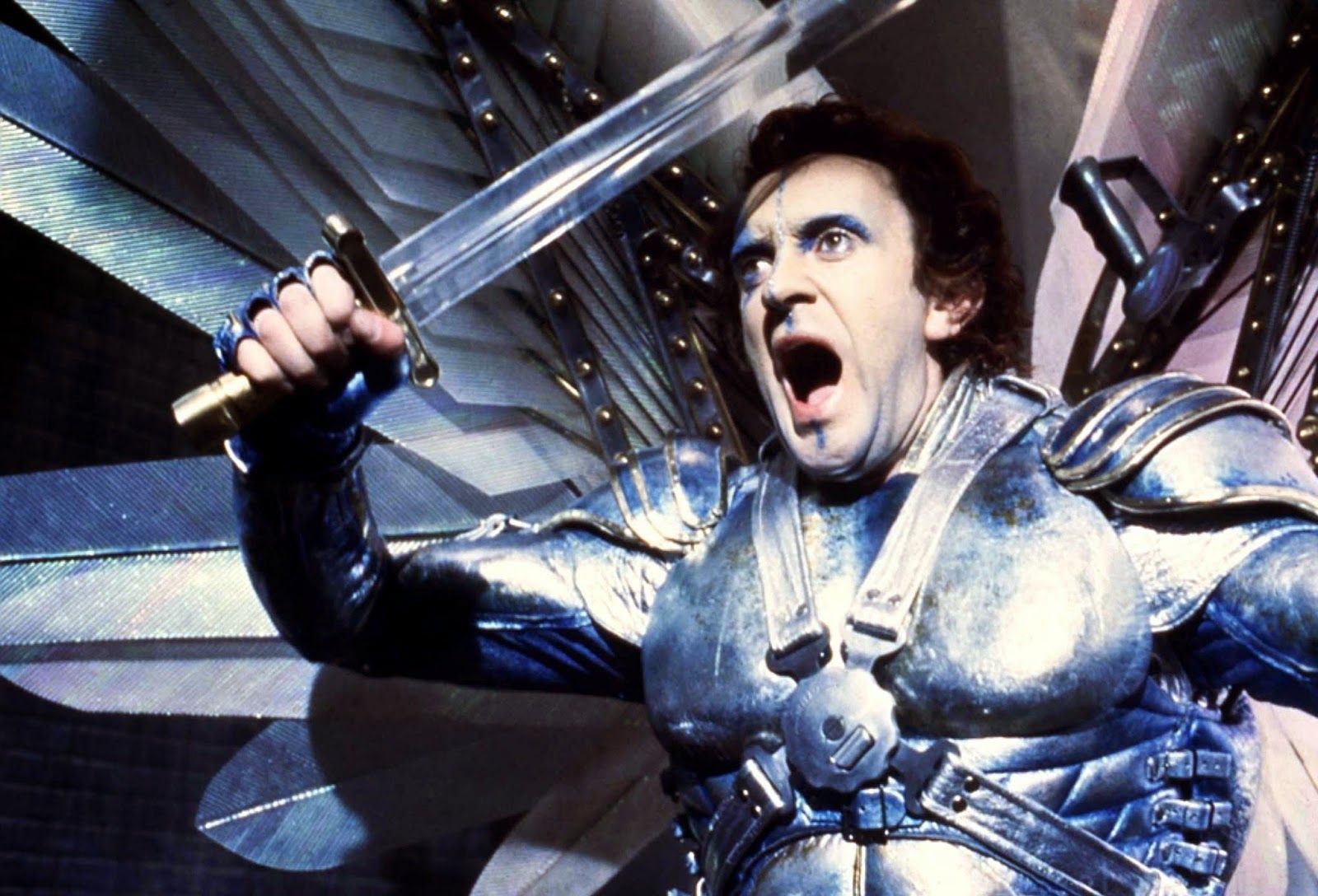 The Good, the Bad, and the Brazil: Utopia and Dystopia in Film Fashion

In the future, film fashion is generally split into two categories: a perfect world (utopia) or a world of suffering and injustice (dystopia). Technology, politics and fashion are all sources of inspiration for these tales. Costume design in a science fiction movie actually tells us a lot about the zeitgeist which explains why pop culture is so obsessed with this film genre. Author Hal Niedzviecki describes the future as one of our biggest fetishes because it is full of possibility. What appears to be good may actually be bad and what appears to be bad may actually be good. 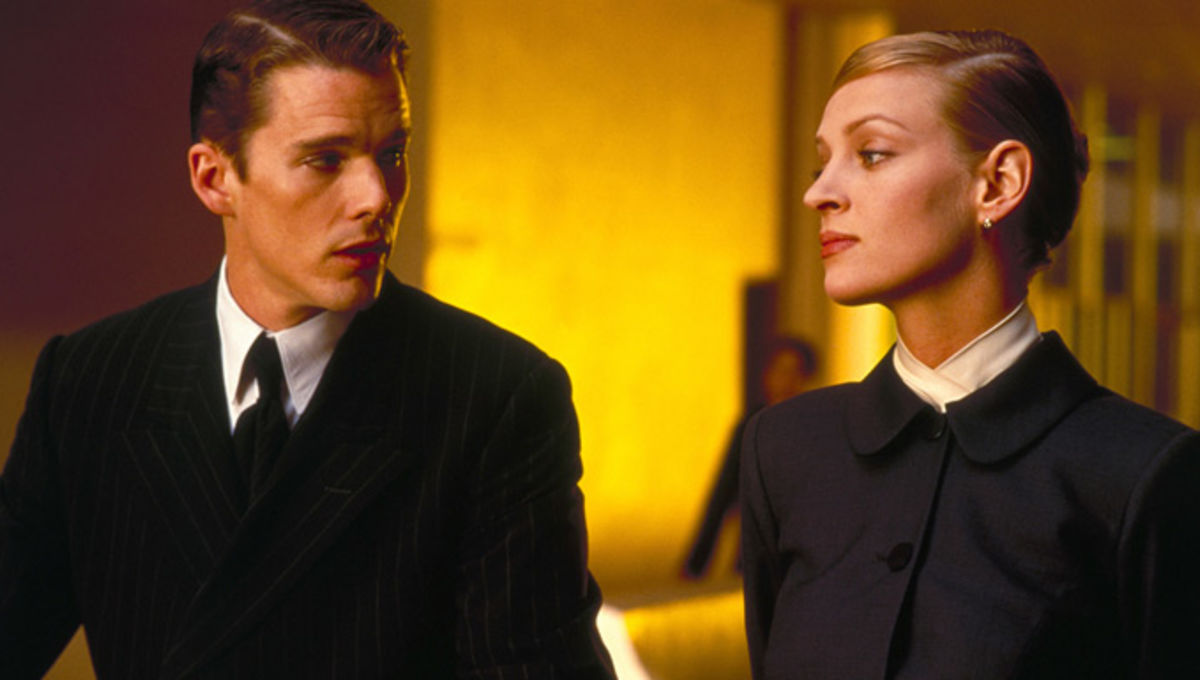 Take the movie Gattaca (1997) for example. In the near future, scientists have perfected the human race. No more heart disease, cancer or Alzeihmer’s. Parents can choose what colour eyes and hair their children will have. Sounds wonderful, right? Sounds just like a utopia.

But in the world of Gattaca, your health is actually an indication of your status in society. Those who have genes that are anything less than perfect are labeled “in-valids”. They work menial jobs and their wardrobe is evidence of that: dowdy and plain but neat. While the higher classes are clothed in all things urbane, timeless, minimalistic and sleek. The future is all monotones in Gattaca but costume designer Colleen Atwood compensates for that with structural silhouettes, Art Deco notes, and a modern sensibility. The result is a future that is both familiar and new. 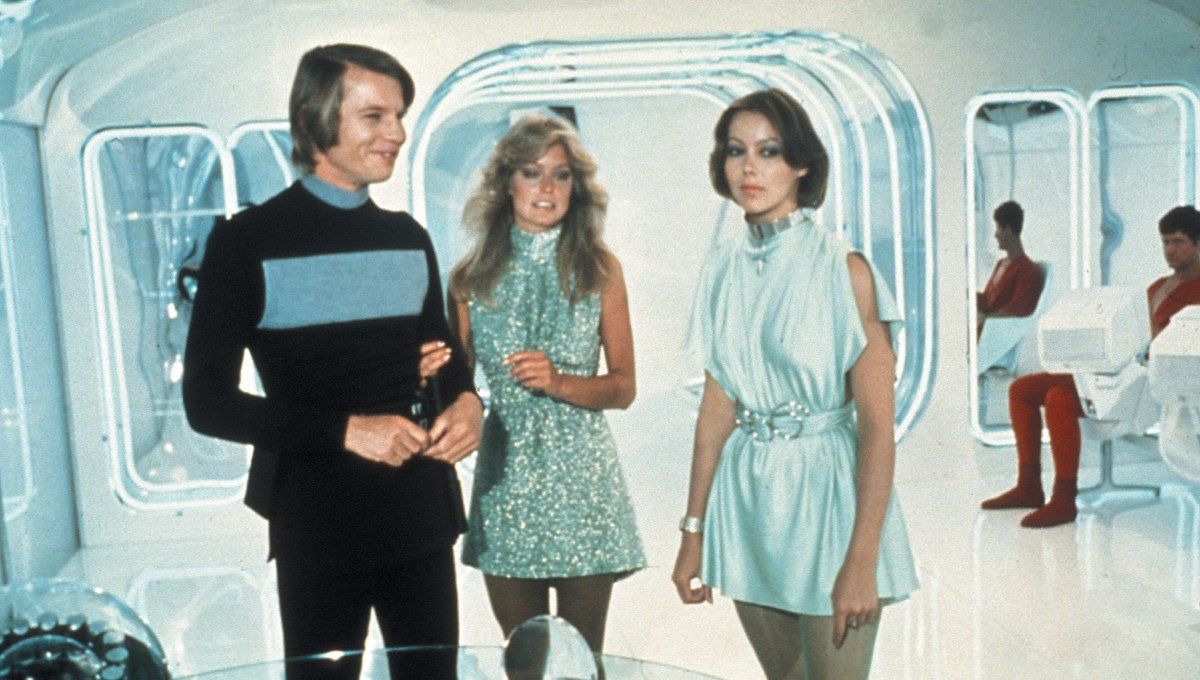 Until the 70s, science fiction costumes tended to be bulky spacesuits. In the 23rd century reality of Logan’s Run (1976), pleasure is the principle. Overpopulation and air pollution are regulated by enforced “rebirth” at the age of 30. This youth-driven, hedonistic vision of the future is naturally reflected in the costumes. Barely-there glitter spandex mini dresses, no bras (or underwear) and lots of sheer materials—it’s like “Ancient Greece: The Risqué Edition”. At the time, the costumes caused quite a stir but it was the 70s and a cultural revolution was in the air.

Utopian visions of the future allow us to indulge in fantastical fun or dream up lives in which our mortality is overcome. But they don’t actually address the consequences for the wrong decisions we make. This is the job of the dystopian future.

Dystopian science fiction rose to popularity in the 50s. It was the atomic age and the world’s superpowers were fighting for supremacy. People were scared—and rightly so! Nowadays, it’s the same story but with a different technology: Artificial Intelligence (AI). There is now a fear that technology (or, at least our use of it) is going to surpass human intelligence and control.

Image courtesy of Consequence of Sound.

In Brazil (1985), the future is a totalitarian state with constant surveillance, torture and creepy bureaucratic euphemisms for governmental murders (people who are killed are “completed”). Despite great technological advances, humanity has stagnated.

Characters dress in drab 40s attire like suits with suspenders and tea dresses. Life revolves around work. The only culture is capitalism and conformity, hence the characters’ obsession with shopping, plastic surgery, and professional attire. The suit, often a symbol of hyper-masculinity and bravado is watered down. The suit, in this version of the future, makes no more of an impression on the world than the movie’s main character, a low-level bureaucrat played by Jonathan Pryce. In the film, Pryce desires freedom from the dystopia he’s found himself in, but his only form of escape is in his dreams. 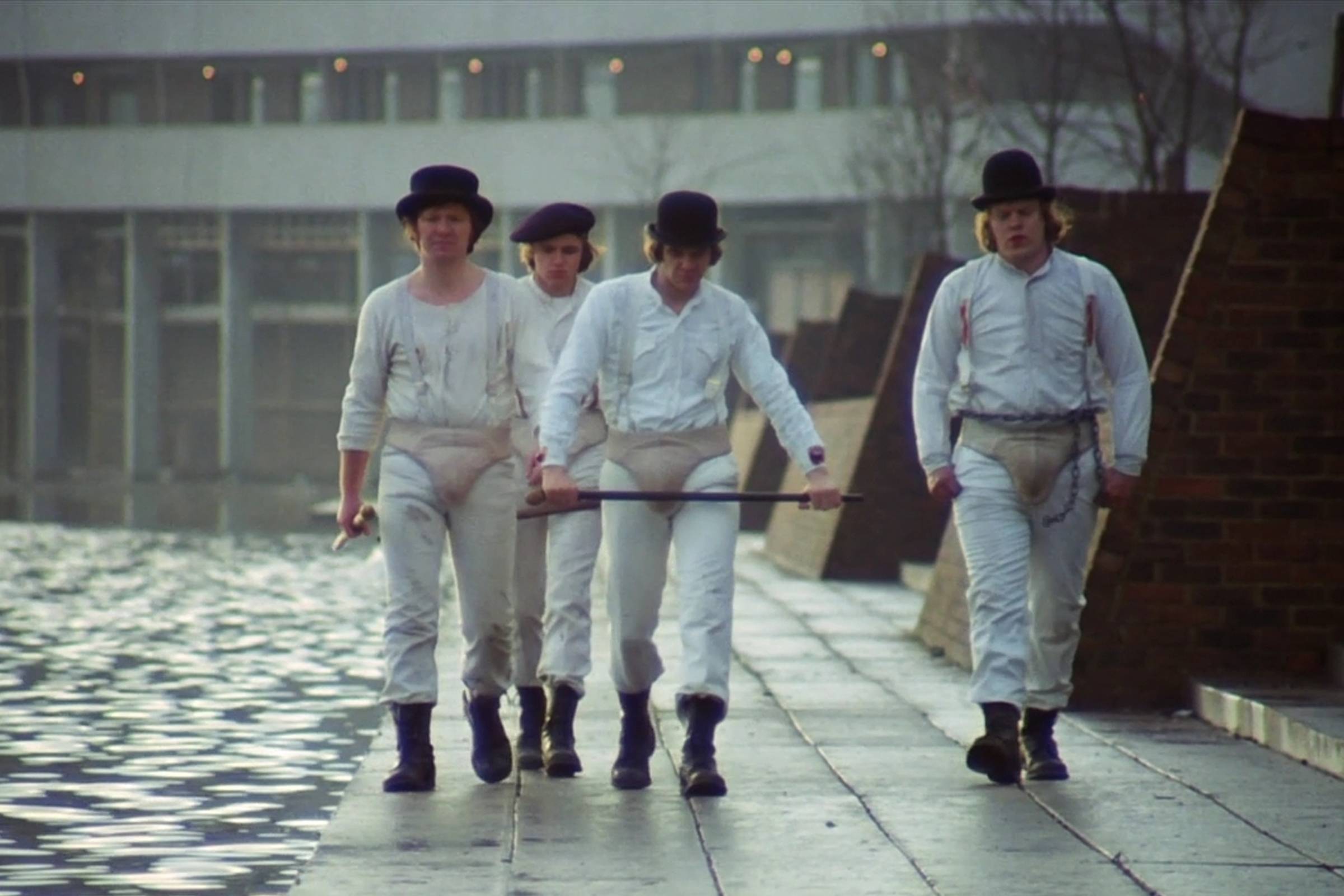 This is all starting to get terrifying and bleak! Should we then concentrate on the present? Instead of thinking about things yet to come, many dystopian fantasies are commentaries of the here and now. Maybe this is why the future is constantly being reimagined, because it has to reflect the current era’s zeitgeist. To hold up a mirror to our own society, the costumes from science fiction movies often incorporate current trends.

The costume design in A Clockwork Orange (1971) communicated the troubles of the 60s. The focal point of the Droogs’ (a small gang of thugs) outfits was a codpiece, a reminder of the decade’s collective fixation on sexuality. But the rest of their outfits (a bowlers hat, suspenders and a cane) exuded quintessential British sophistication. Quite the juxtaposition! Yes, A Clockwork Orange was set in the future, but it was also a take on the anarchist air of the 60s.

Imagining the future is a means of escapism from the mundane and often harrowing present. Worrying about the future is a typical human activity. We’re constantly thinking about tomorrow’s meeting at work, the impact of climate change, and our families. Maybe science fiction is actually a comfort. It takes the guesswork out and allows us to mentally prepare for the future. What do you think?