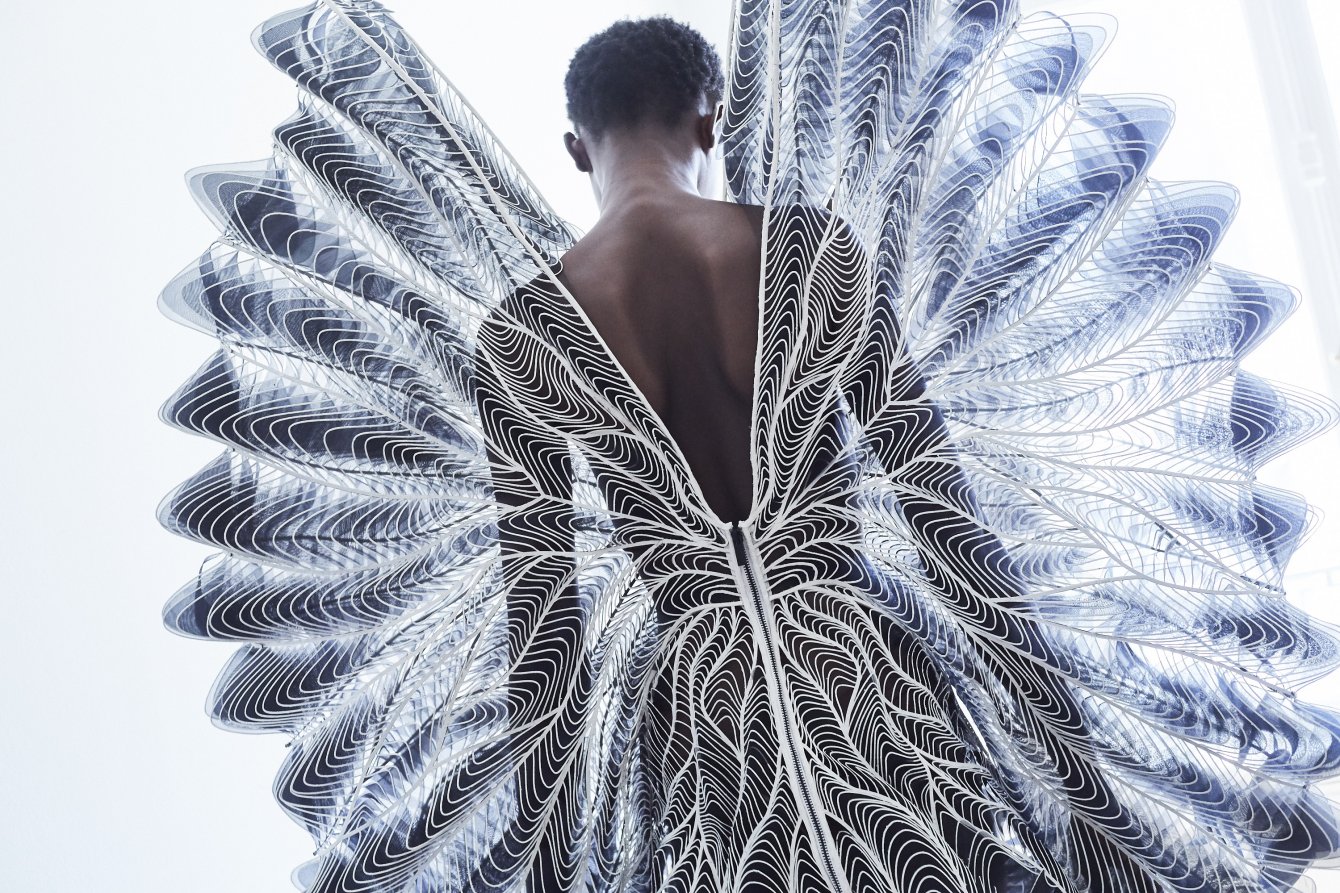 The Future in 3D

Technology has long been the unwavering companion of fashion. Whether it was the simple needle and thread evolving into the Brother sewing machine, or the humble folds and twists of shibori reimagined in colour-blocks of bijou liberty spikes on the Dior runway. Arguably, the most exquisite collaborations between fashion and technology have taken place in the arenas of high fashion. It has ushered in Issey Miyake’s 132 5. Collection, the laser cutting of leather, and 3D printing. But what happens when the masses are allowed to partake in these innovative leaps?

3D printing—or Additive Manufacturing—is a process by which a physical object is created by adding material layer-by-layer. Modelling software is used to create a technical outline of the desired product, and its blueprint data is then fed into a 3D printer and KA-POW: three-dimensional object. Plastic is the most common material but nylon, steel, and resin can also be used. We make use of 3D printing in fields such as food, medicine, robotics, engineering… the list goes on. Anyone interested in a 3D printed angel food cake? Or a 3D printed violin? How about a supersized 3D printer to build you a house? The possibilities seem endless!

But what about fashion? How is 3D printing impacting the fashion world? 3D printing has as yet been utilised to create the most innovative and exclusive fashions. Most recently, Dutch fashion designer Iris van Herpen has been at the forefront of this dialogue between fashion and technology. A trailblazer in the applications of 3D printing techniques, her avant-garde spectacles strive to give true form to the transformative aspects of the world around us. Key pieces such as the Water Dress with Daphne Guinness and Runway collections such as Synesthesia, Hybrid Holism, and Shift Souls represent this ongoing exchange.

Nowadays, the word haute couture is bandied around with great frequency. Put simply, haute couture refers to the designing and sewing of one-off pieces to the exact body specifics of a private client. It’s a super exclusive club that’s super difficult to get into. Likewise, avant-garde indicates an experimental or unorthodox approach to art or fashion. The take-away from this dictionary excursion is the emphasis on individuality. In the sewing of custom-made garments and the experimenting with new ideas and methods, a cult of uniqueness exists. And the 3D printer’s current exclusivity feeds directly into this devotion to originality.

But what happens when 3D printing becomes more accessible to the common man? Imagine a not-too-distant future in which the 3D printer exists in every household—the same way televisions and microwaves exist now. In the last few decades we have seen the decline of sewing at home. We all know of a grandma or an aunt’s sewing machine that’s been locked up the attic for God knows how long. But what if we could bring that back? Marking the next technological shift in fashion at home, we would see people creating custom-made goods by buying data patterns from Vogue to upload onto their home 3D printers. Full proficiency of such technology could result in the owner being able to create spectacles that are both avant-garde and haute couture.

Essentially, the result of the mainstreaming of 3D printing is the mass reclamation of exclusivity, personality, and their idolisation—a new concept we could coin as “mass couture”.

And street fashion? Well, that’s tricky. There was a time when Japanese street fashion was all about individuality—not just any old individuality, but individuality in the minutiae of detail. The seminal FRUiTS magazine was dedicated to archiving this self-expression in its purity. The age of social media has somewhat eroded that, as we now embark on our fashion journeys as a collective. This is not to say that we ever undertook those journeys in isolation; the collective, although less tangible, is more vast. What we put out onto social media has far more references and inspirations than in bygone years. Arguably, there is less originality.

Alongside the normalisation of the home 3D printer is the advent of a means by which our personal style can be customised by a factor of 10. But, one can’t help but wonder how that will influence our collective fashion journeys.