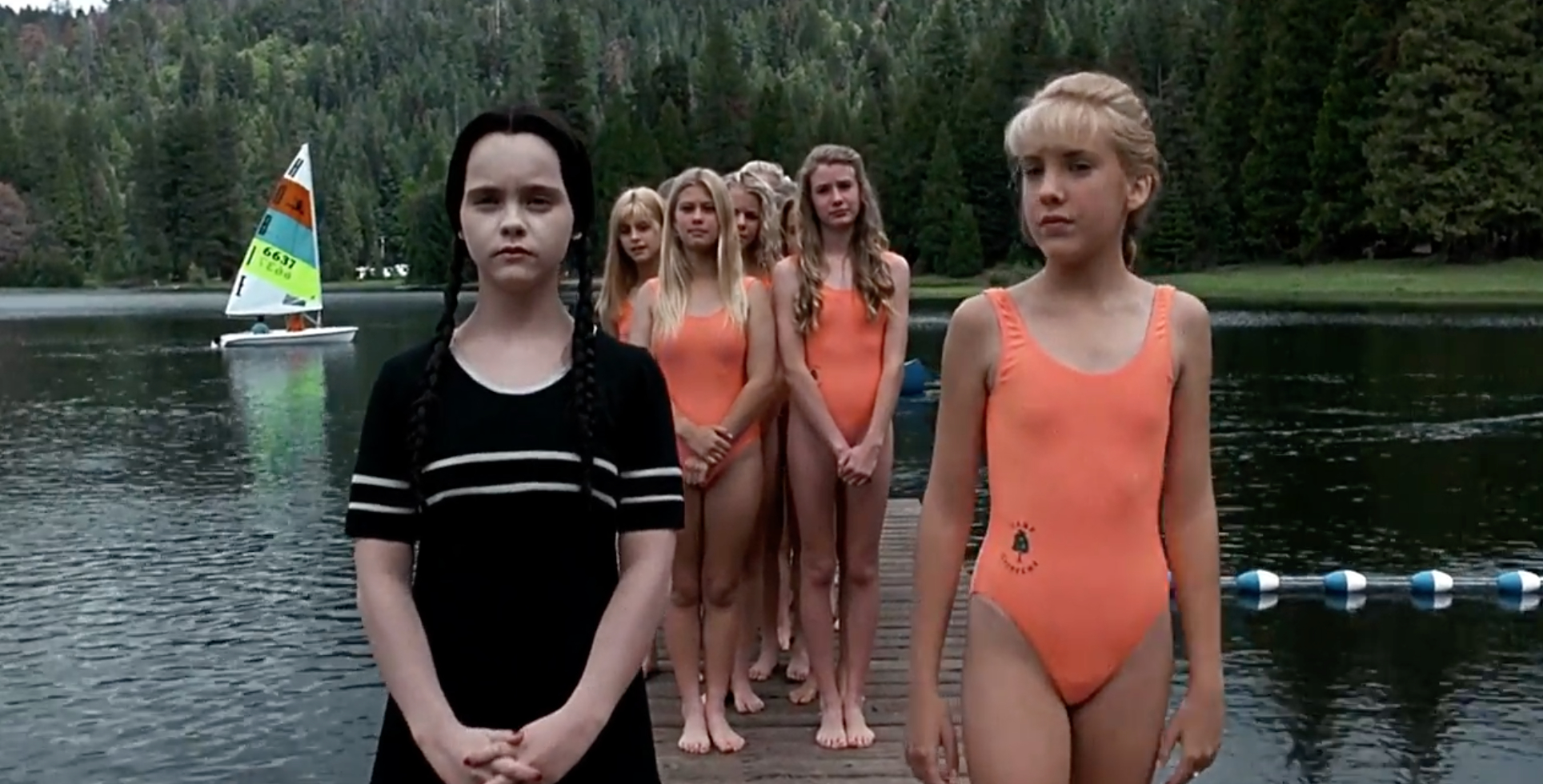 The Addams Family: Wednesday’s Child is Full of Woe

Charles Addams grew up in New Jersey, USA. He was encouraged by his father to draw. He enjoyed strolls in the local cemetery and worked in the layout department of True Detective magazine. There are a lot of rumours about Addams (most macabre). He slept in a coffin, kept a guillotine in his house, and drank martinis with eyeballs instead of olives, they say. But we never really know who “they” are, and the rumours, more than fact, probably gave a touch of authenticity to the dark characters Addams created. Those who knew him said he had a unique sense of humour, something akin to Uncle Fester. Addams’ three marriages proved the idiom “Third time’s the charm” true. His first wife wanted to adopt. Addams did not. (His casual infidelity didn’t help matters either.) The cartoonist “hated small children” and so the couple divorced in 1950. His second wife took out a $100,000 insurance policy on him which put an abrupt end to the union. He lived with his last wife at their estate, affectionately named “The Swamp”, until a fatal heart attack in 1988. His legacy is found not in his children (because he hated them, remember?) but in his work.

The Addams Family debuted in the late 1930s in The New Yorker. The ghoulish family was composed of patriarch Gomez Addams, matriarch Morticia Addams, children Pugsley and Wednesday Addams, Uncle Fester, Grandma, Cousin Itt, Thing, and butler Lurch. In their dilapidated-chic, grand manor, the extended family of deviants subverted narratives about the all-American family at every turn. In 1991, Barry Sonnenfield directed Anjelica Huston, Raul Julia, and a 10-year-old Christina Ricci in a movie adaptation of the cartoon of the same name. Reviews were mixed as the storyline was disjointed but it really didn’t matter because the film, with its oddball ensemble and perfectly timed one-liners, made “weird” cool. It was released just in time for, or maybe because of, the satanic panic of the 1980s and 1990s alongside supernatural comedies like Ghostbusters (1984), Beetlejuice (1988), and The Nightmare Before Christmas (1993). 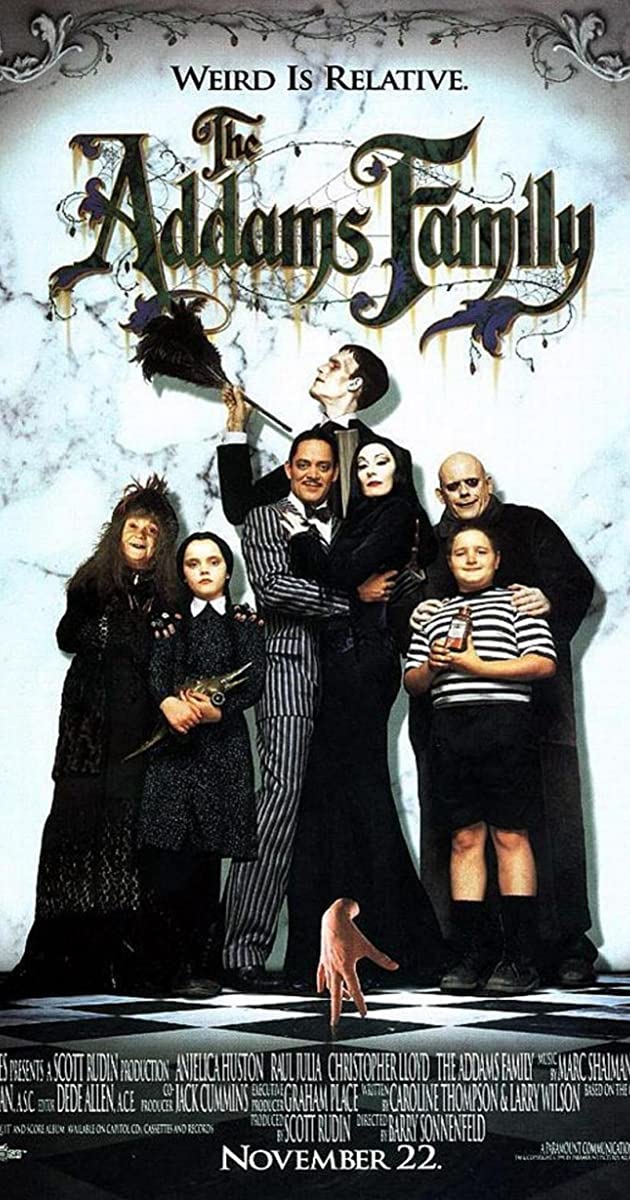 Ricci was a virtual acting veteran when she was cast in the film. She’d made her silver screen debut alongside Cher and Winona Ryder in the 1990 comedy drama Mermaids the year before. In later years, she would work with Tim Burton and get to smooch Captain Jack Sparrow himself, Johnny Depp. But sometimes it seems like Christina Ricci is still that 10-year-old goth girl who was obsessed with death and acted older than her years. Wednesday was painfully frank, uber-clinical and smart as a whip but a tad unethical. Her morbid fascination with death led to experimenting on her brother Pugsley. Her hair was black and she wore it in long braided pigtails. Her usual attire consisted of a black dress (sometimes lace) with a white Peter Pan collar, black stockings and black shoes. Her style was classic and dark and completely anachronistic—much like the rest of her oddball family. Wednesday appeared perpetually anaemic with dark circles under her eyes, and her personality was as dry as the Sahara Desert. “Wednesday’s child is full of woe”, as the nursery rhyme goes.

Charles Addams created a family that was the antithesis of what a “good” family was in the 1930s. Wednesday Addams was self-assured and unafraid to go it alone. She was intelligent, witty and always looking to learn—her sadism was a reflection of Addams’ dark humour. With his aversion to young children, it’s little wonder he made Wednesday as unchild-like as possible.

In the last few years, alongside the current zeitgeist of looking back to the bygone glory days of the 1990s and early 2000s, memes have become ubiquitous and popular. Why? Because they are accessible, easy to consume and easy to recycle—with slight variations. You can reuse the same image, video or text without having to extend yourself too much creatively. And Wednesday Addams is perfect meme fodder because she doesn’t change. Pause The Addams Family (1991), at any point in the 1h 39min running time and you’ll be greeted with Wednesday in signature pigtails, black dress with Peter Pan collar, and deadpan expression. 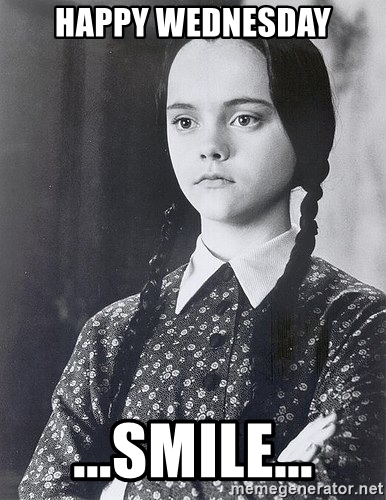 Images courtesy of ZevenCross via Imgur and Memegenerator.

Wednesday caught our attention on social media platforms like Tumblr, Pinterest and later on Instagram because she marched to the beat of her own drum. Adolescence, for most of us, is a difficult time. You’re pimply because your hormones are raging and you are growing like the Hulk in slow motion. You’re supposed to act mature, but are constantly told that you’re not, and there’s an overwhelming pressure to commodify yourself on social media. The 21st century version of Wednesday Addams would figure out how to avoid puberty by accelerating Pugsley’s development with some high-risk experiment.

Wednesday, the character, was a weirdo, an oddball and a non-conformist. She made it okay not to go with the flow. She made it okay to not to like anyone in the world between 07:00 and 13:00. Her life, while extremely extreme and abnormal, is an antidote to the general malaise we experience because of the oversaturation of everyday life. But maybe it’s simpler than that, maybe Wednesday Addams resonates so much right now because she’s a “mood”.