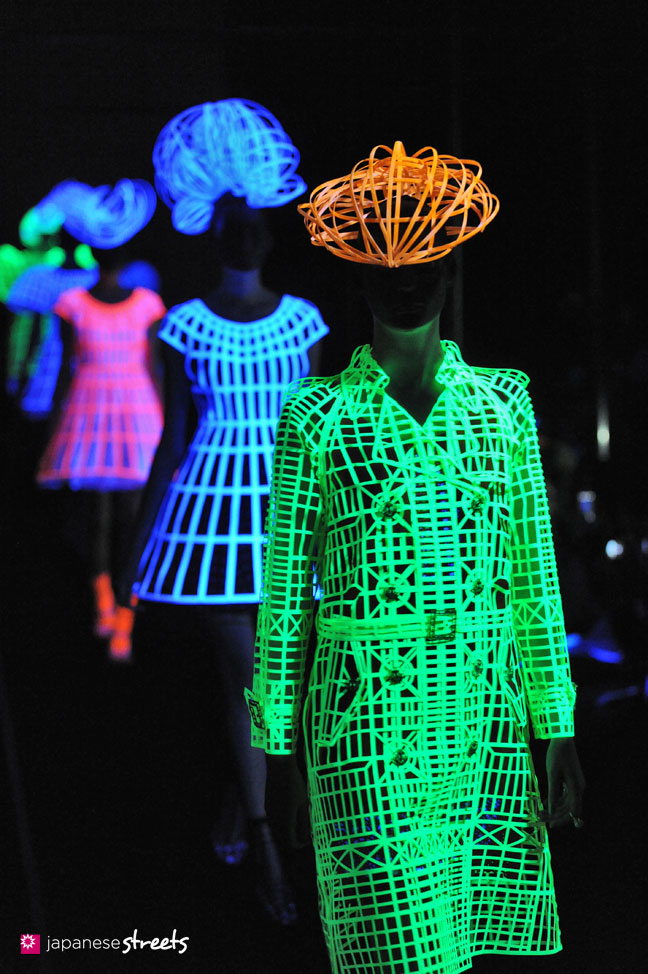 Technology and Fashion: Past, Present, and Future

In Vogue’s first 40 years of publication, it relied on fashion illustrations for covers until 1932 when it featured its first photo cover in colour. It was one of the first and most prominent magazines to do so. This was a century after the invention of the first camera, and the technology has only improved over time. In more recent history, digital cameras with plenty of storage space allowed photographers to spend hours in Harajuku and Shibuya to snap photos of youth in creative, DIY streetwear. These photos would be published in magazines like FRUiTS (started in 1997) and Gothic Lolita Bible (started in 2001), and would help to establish that fashion is as much about the street as it is about the elite.

In the present day, wearable technology has become more current and trendy. Apple watches, FitBits, heart rate monitor necklaces, headphones, brain-reading cat ears, and the ever-loved light-up shoes are only a handful of examples. Even phones have become an accessory in their own right, as you will rarely see one without a fashionable case. Perhaps as common as wearing technology is the imitation of technology through one’s manner of dress—we are entranced by how it shines and glows, and we bring technology-inspired elements into our looks with holographic and glow-in-the-dark fashion styles.

Of course nothing has influenced the fashion of today more than the Internet.

People can learn about and access trends and materials faster than ever before, and it has resulted in the democratisation of who has the influence in fashion. While high fashion designers have been inspired by the streets for a number of decades now, the elite brands and celebrities are no longer the sole influencers of mainstream aesthetics. Now independent designers and anyone with enough charisma and appeal can have far-reaching effects on the fashion world if enough people enjoy their content on Instagram. With the rise of online shopping, they can market themselves on an international scale to a profitable niche rather than be limited by local tastes.

The internet has made fashion more homogeneous as people can gain access to and imitate the most popular modes of dress. At the same time, it has made it more diverse as people can be inspired by and dress in styles not local to them.

The public figures in fashion might find themselves being displaced by artificial counterparts. CGI models are already gaining mainstream appeal, with the most famous example being @lilmiquela on Instagram. The main advantages of CGI models are that they don’t have to be physically present for photoshoots and their personalities and looks can always be moulded to stay relevant. Miquela mimics the authenticity of human influencers so well that there were a number of heated debates over whether or not she was, in fact, human. Japan even has its own virtual influencer—check out Aoi Prism on Instagram.

Something that will likely revolutionise fashion the most within the next few years is 3D printing. Combine this with the body-mapping pod—a technology already emerging in shopping centres—and you will have an iconic duo. It scans and saves accurate measurements of your body to an app on your phone—imagine a future where you can order a garment online, input your body map, and receive a perfectly-fitted garment within a day or two. People with physical disabilities and body types that are not catered to can easily find clothes that fit.