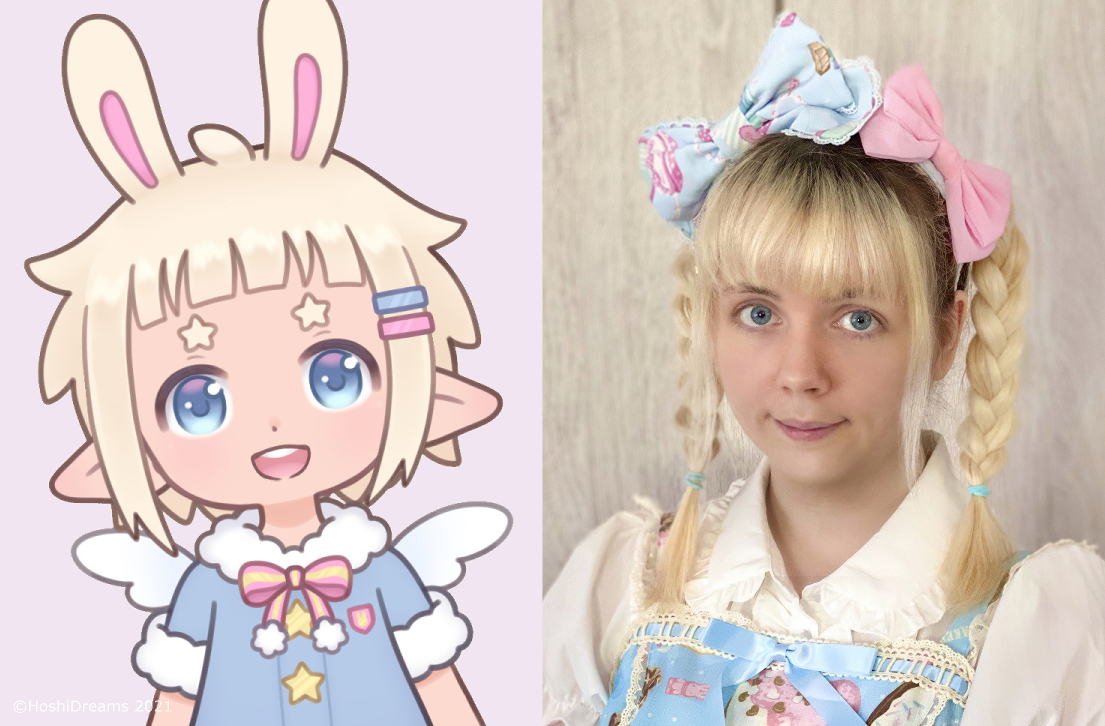 Taking a Step Into the Virtual World with V-Tuber HoshiDreams

Just when we thought we couldn’t create anything more virtual than virtual reality, in come the V-Tubers! Hailing from the UK but currently residing in Japan, Hoshi is a V-Tuber who streams on live streaming platform, Twitch. Hoshi sets himself apart from the crowd with his kawaii avatar and chill content (he reads books to his followers!) Having gained a dedicated fanbase, The COMM sat down with this virtual maven to talk virtual reality!

I’m Hoshi! Originally from the UK and now living in Japan, I stream as “The Fairy-Prince of the Dream Kingdom” VTuber/V-Streamer on Twitch. I’m also an illustrator, and I formerly ran my own clothing brand.

How did you become interested in Japanese street fashion?

I don’t remember the exact moment it happened, but I think I discovered it via the Internet when I was about 12 years old. Once I’d discovered it I became hooked on looking up photos of Harajuku and various fashion brands!

Did Japanese street fashion inspire you to move to Japan?

My whole life has been heavily influenced by Japan, from the cartoons and games I grew up with, to the fashion and music I obsessed over as a teen, I always wanted to get closer to the source of it all! 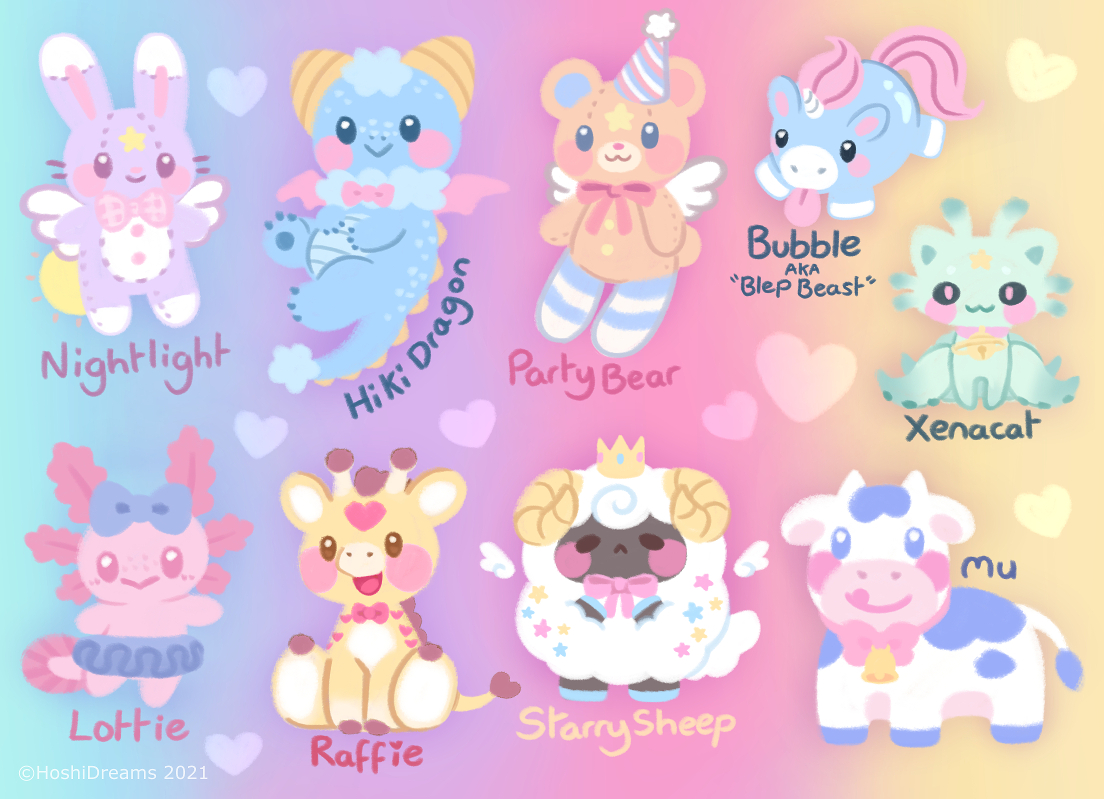 What made you want to become a streamer?

I originally started streaming because I wanted to have people to chat with whilst I worked on illustrations. Almost a year later I made a virtual avatar so I could take breaks, but I loved it so much I didn’t want to stop! As an illustrator, the opportunity to be able to become my own character is very exciting!

How did you come up with your avatar?

It was very important to me not to make my character too different from myself, otherwise I felt that I would begin to dislike my real life body. While designing it, I kept thinking “Could I realistically look like this in a day?”, whilst also enhancing it with things I like such as having wings and bunny ears, and being pocket-sized! 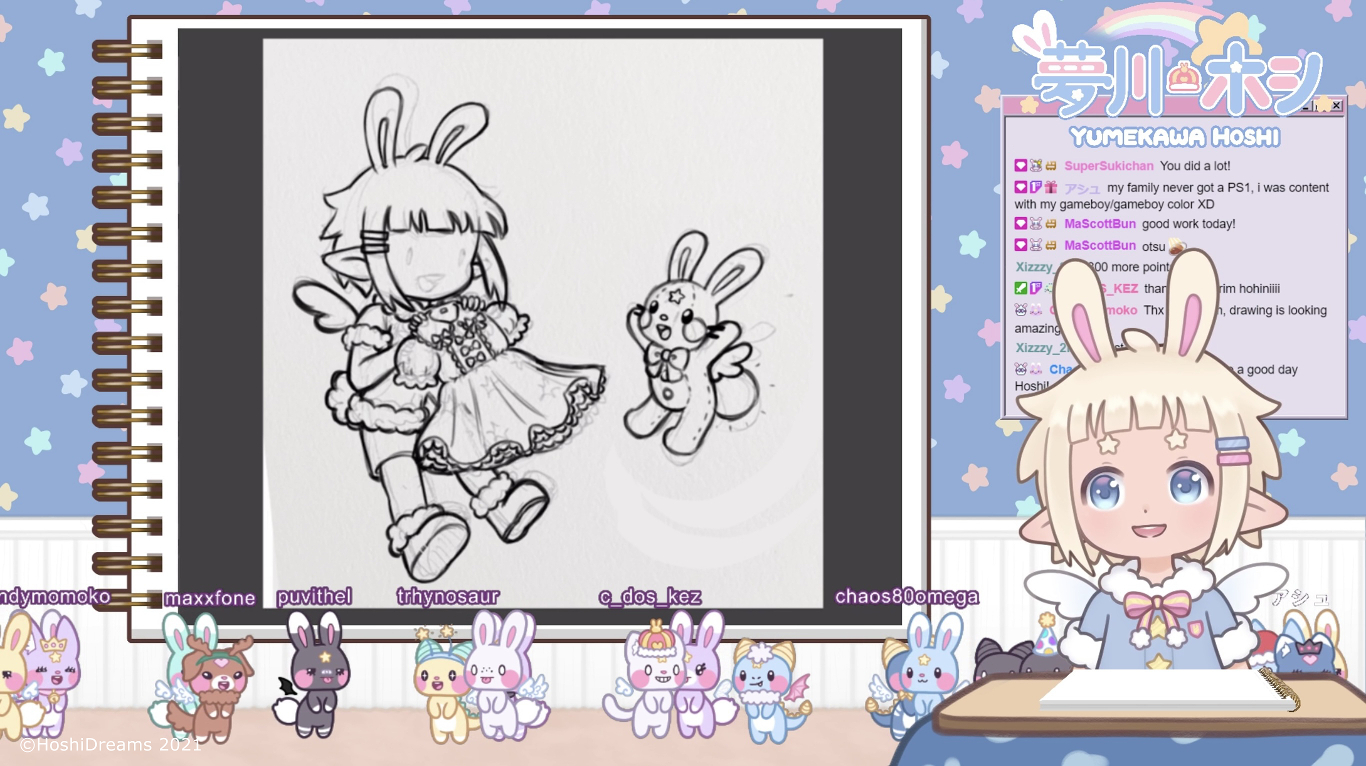 Why do you think people are interested in watching V-Tuber avatars as opposed to real-life faces?

This is a really interesting question! I had my theories, but I asked my viewers about it and it turned out that we were all on the same page! A virtual avatar acts like a book-cover. It tells you so much about what to expect from the streamer upfront! You get a real insight into their interests and personality from how they design their avatar. Then, there’s the ease of social interaction: less body language to decipher, clearer expressions, a soothing character to look at. It’s easier on both the viewer and the streamer.

What do you enjoy streaming the most?

I really enjoy all the content I do: drawing, gaming, singing, and sometimes we just chat about life and our goals. It never gets boring because I’m always doing a bit of everything! If I had to pick only one, I guess it would be art, since I can stream and be productive at the same time.

You have amassed a huge online following through streaming. Have you been able to maintain a personal connection?

That’s very kind of you to say! To be honest, as my channel has grown, there have been a lot of challenges with exactly that. I still try my very best to read every single message in my chat, but sometimes it’s not really possible. At the very least, I try to say hello to everyone who pops in. I think having a Discord server makes it much easier to have that personal connection between streams, as there’s more time and I’m not busy trying to host my stream! 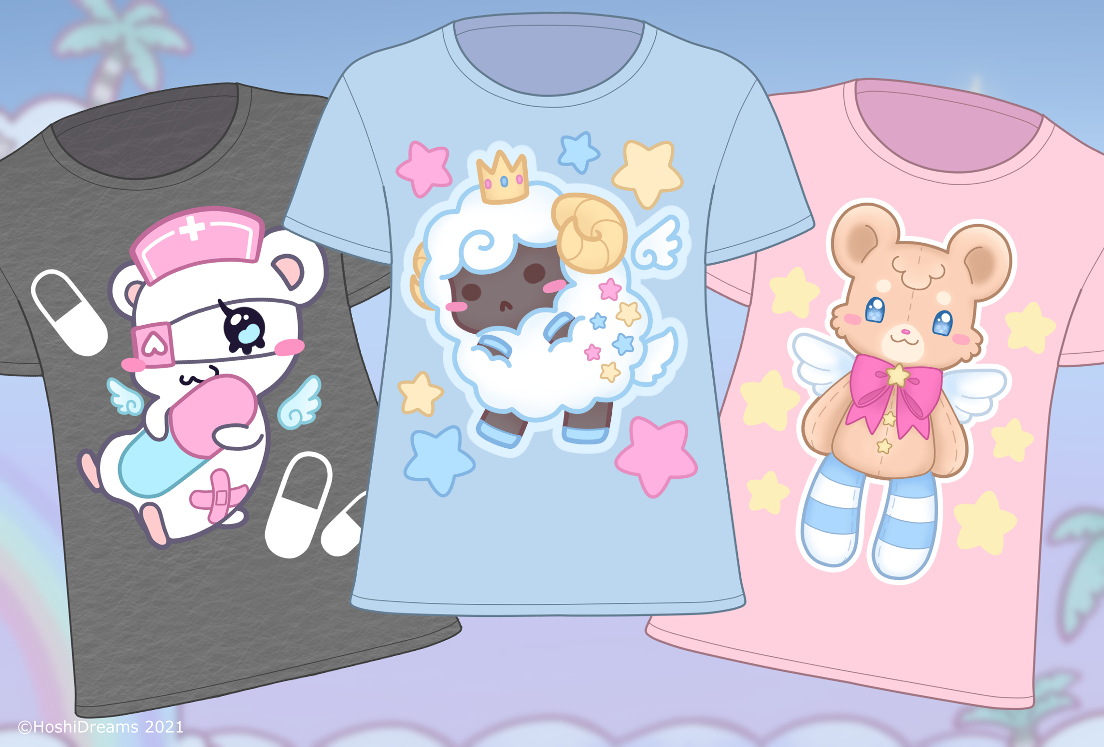 Are there any downsides to being a V-Tuber?

Avatars are expensive! It’s much cheaper to start out webcamming, or with a PNG image of your character, and then save up for an avatar later. Most V-Tubers tell aspiring streamers to just start, and get expensive things like avatars later. If you can make your own it’s cheaper but takes a lot of work.

Twitch streamers have increased due to the Pandemic. Do you think online communities like the one you’ve created will become more meaningful than real life interactions?

I think if anything the Pandemic has really shown us how important both the real life interactions that we miss, and our online communities of friends are. The internet allows us to find others with the same obscure interests as us, but what’s better than meeting up at conventions? Ahh, I miss conventions so much!

Right now, I really want to publish picture books for all ages, and re-open my clothing brand here in Japan. Of course, I also want to continue streaming for a long time!

Please never give up on your dreams! If you keep working passionately on your dream as though you know it will be a success, then one day it will be!