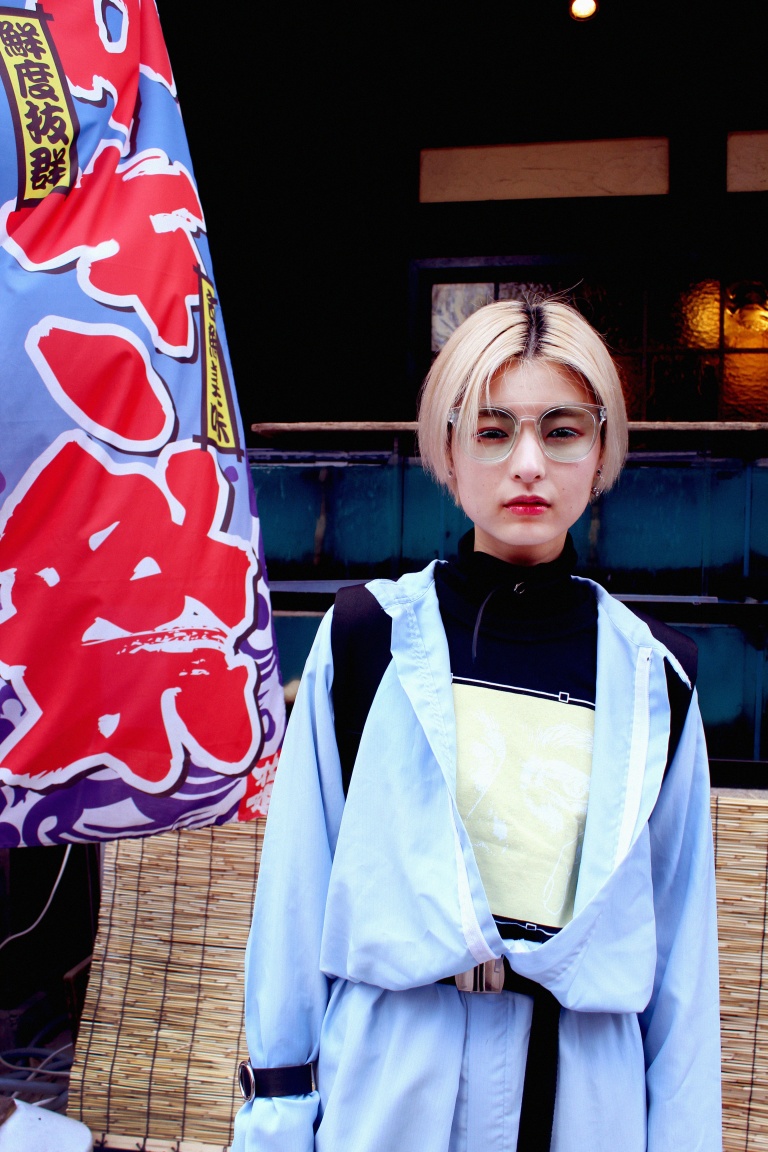 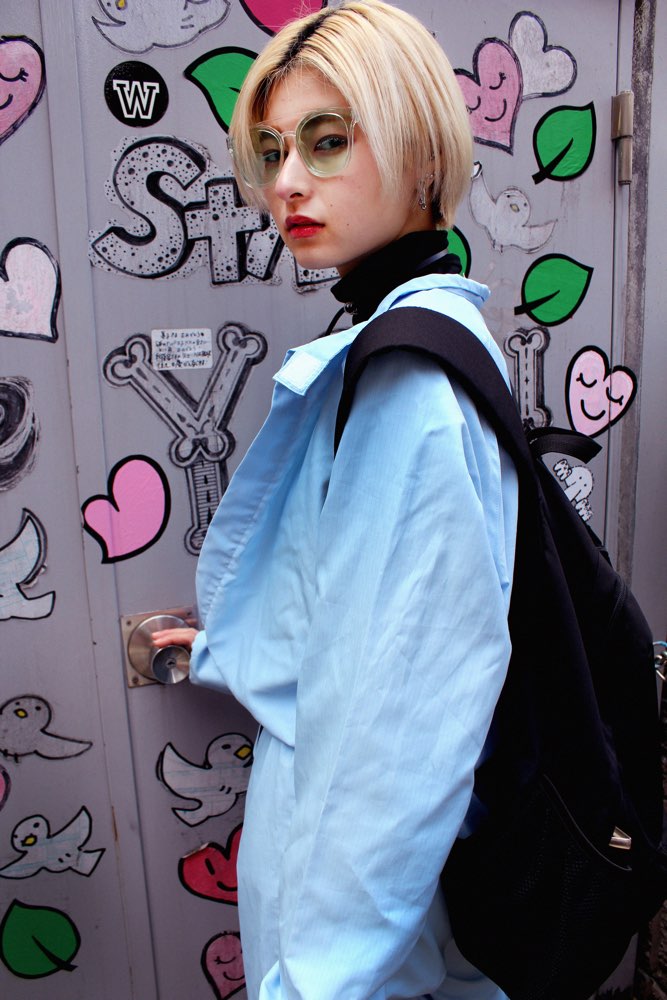 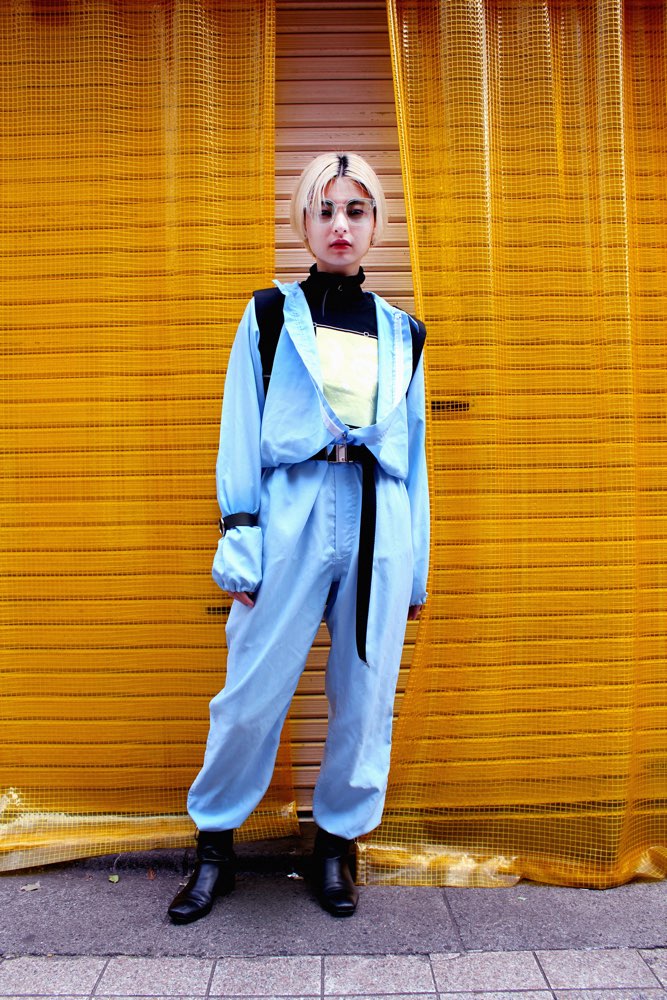 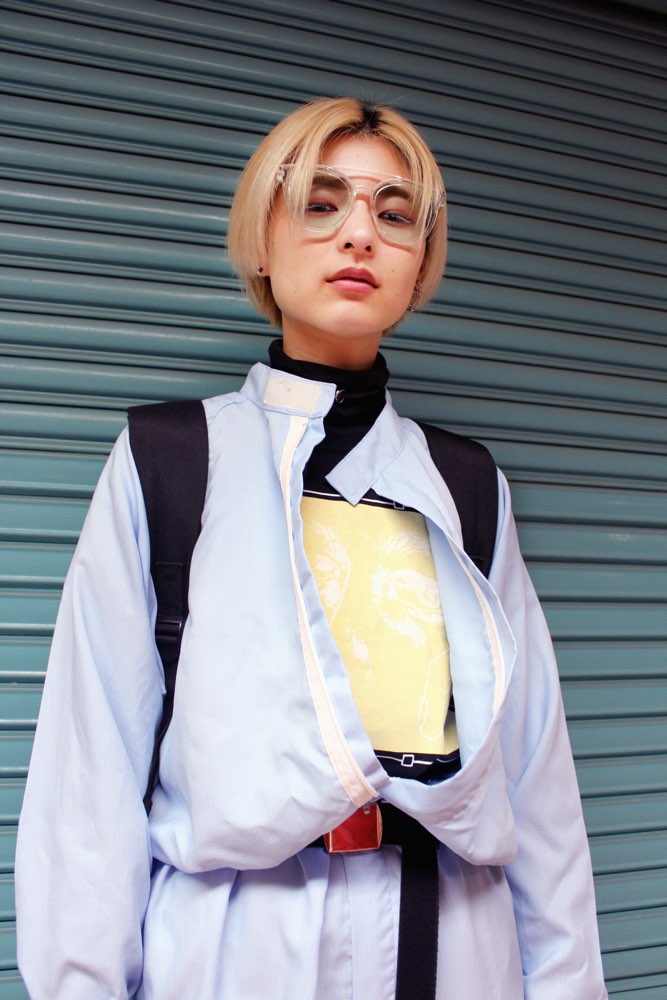 A relatively new member of the 6%DOKIDOKI team, PYON made an instant impact! With every co-ordinate, PYON shows a way to wear the 6%DOKIDOKI clothing which remains very true to their aesthetic. Their style is so different to the other staff, yet a perfect fit for the brand.

Their major fashion influence is David Bowie and they love both 80s fashion and music; in PYON’s photoshoot they wore a blue jumpsuit, an item particular to that era. However, PYON doesn’t consider any one thing a key component of their everyday co-ordinates. Each day brings a different feeling, so therefore a different theme!

Quite unusually, their fashion is not reflected in their artwork. In fact, PYON says the two styles are quite opposite! Their art focuses on eyes, which they consider to be the most “honest” feature of the human body, because to them the eyes reveal more to us about someone than words coming from a person’s mouth. So in order to portray this “honesty”, PYON makes sure to carefully draw large eyes. They also add unsettling elements that distort the balance of the body, which can make the eyes seem a little creepy. PYON says that the art they create has a human-like feel to them: they reveal the dishonesty and the depth of emotion in human nature. And so when PYON creates a piece, they are free and honest.

Recently they’ve also become interested in psychology! A natural progression from their art studies involving humans. PYON also enjoys films (their favourite is Any Day Now) and even has a list of over 50 films in a memo on their phone, to remind them what to watch!