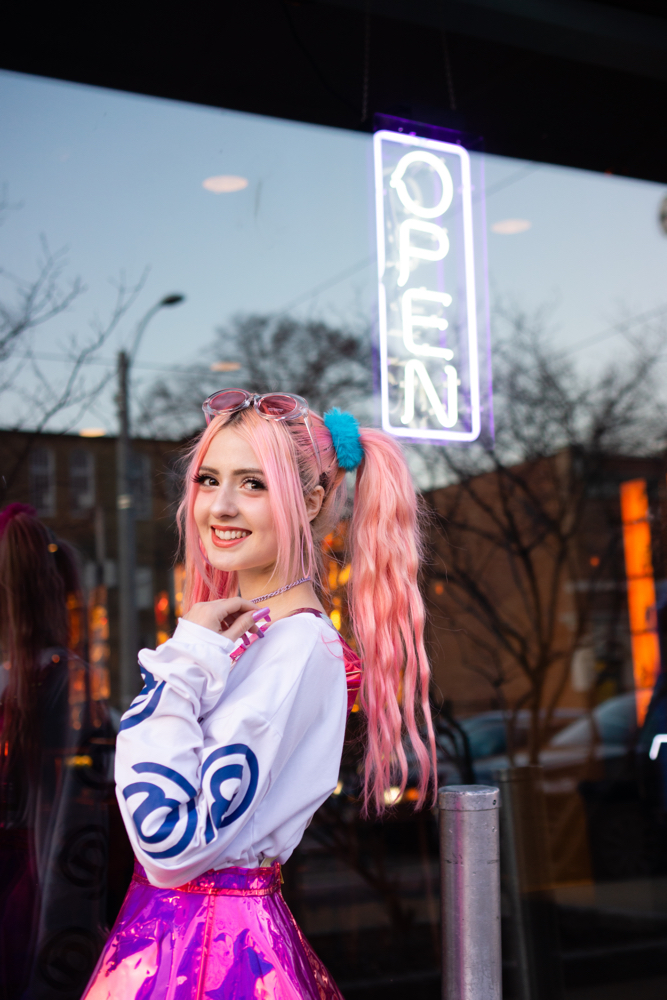 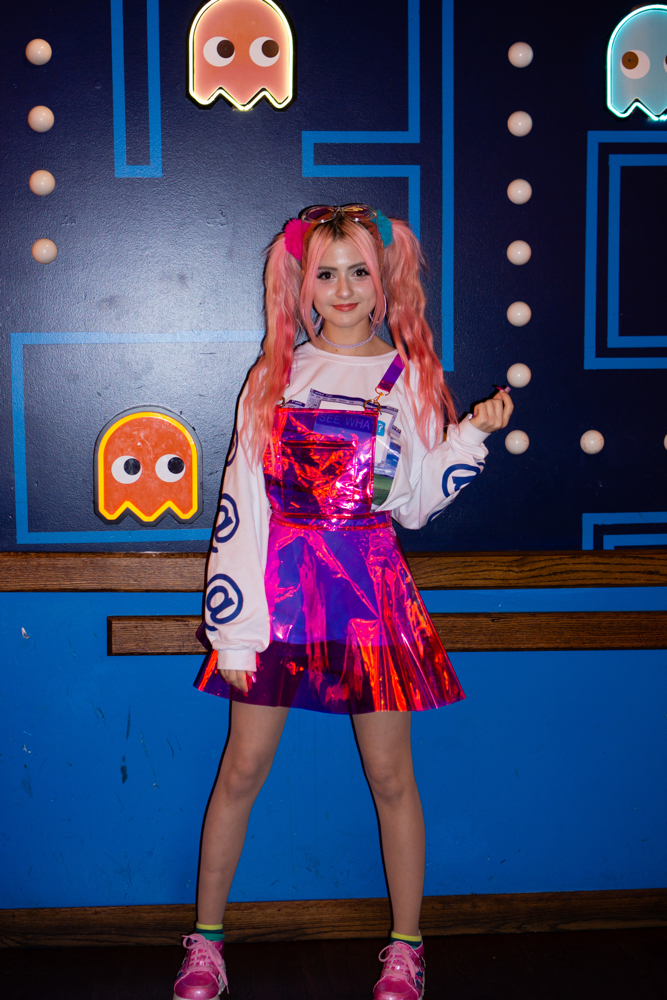 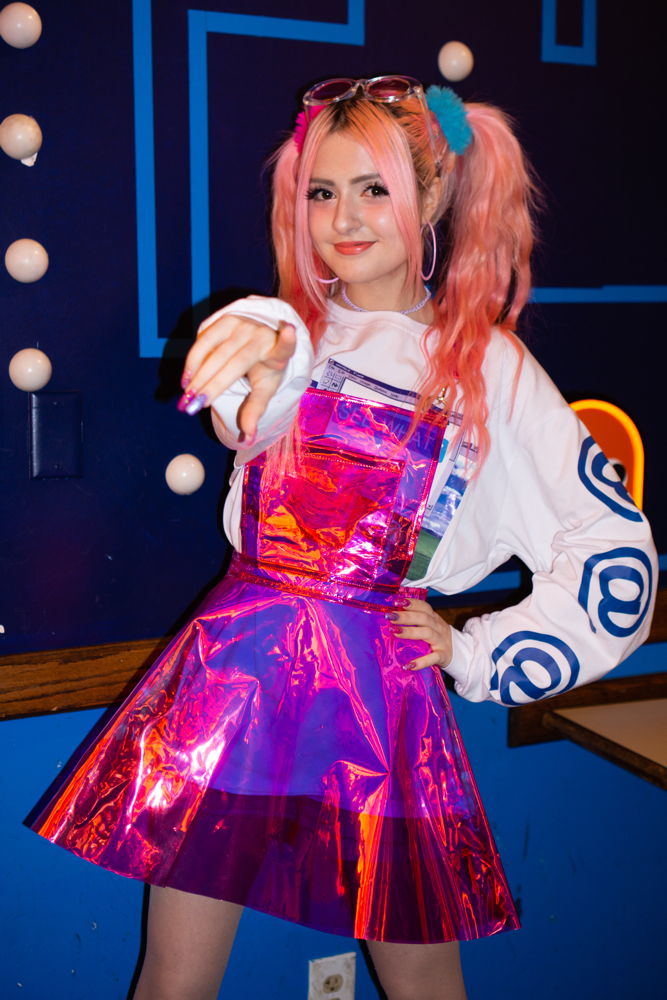 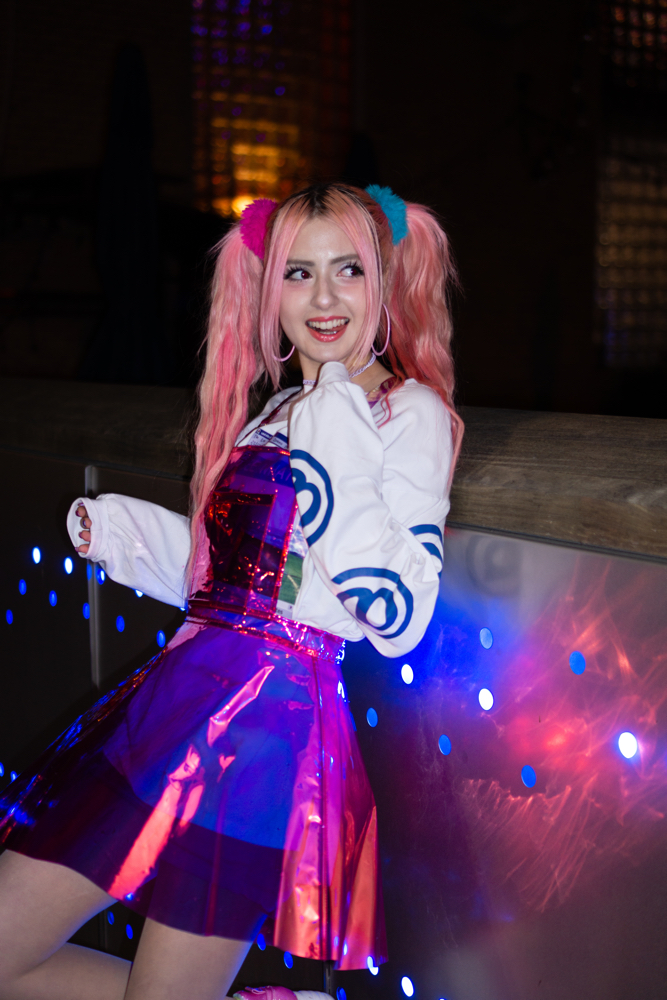 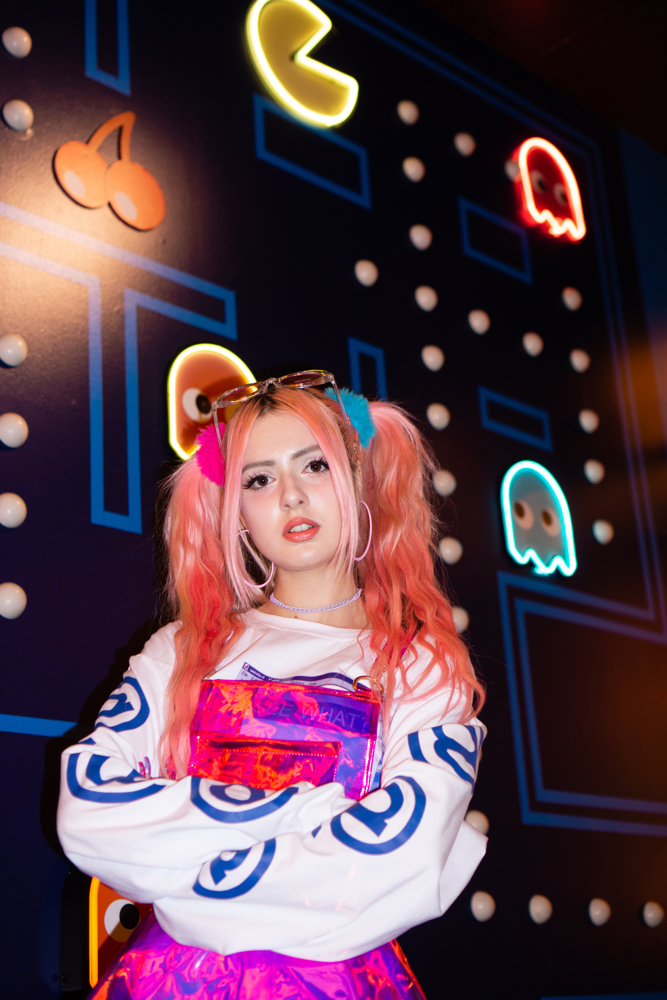 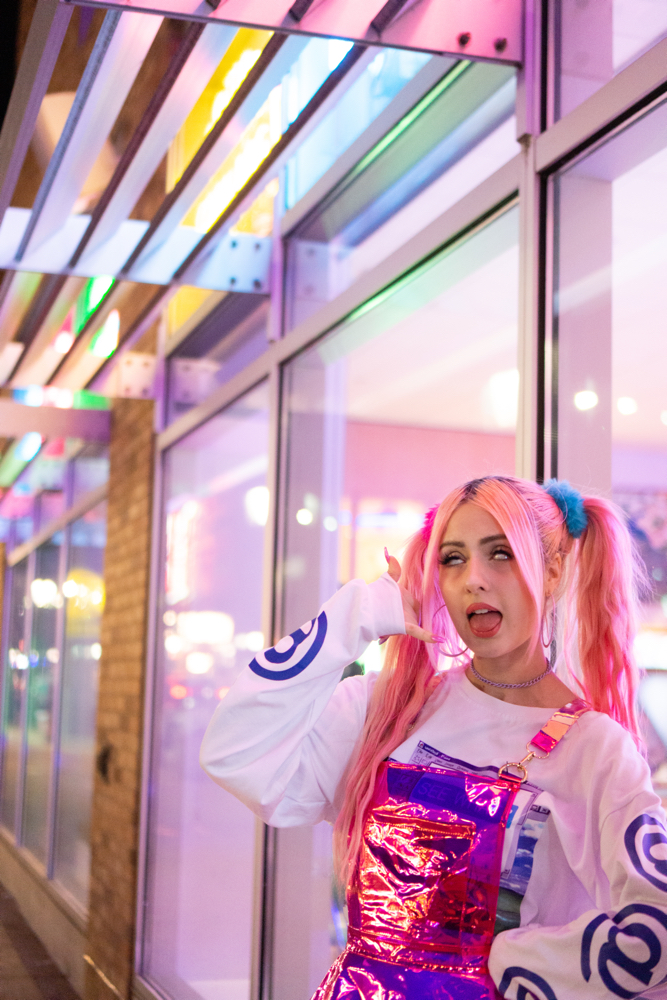 It couldn’t be a Tech issue without an internet queen of pop—or, rather, bubblegum trap! Meet PiNKII, formerly based in Tokyo and known to many as popular Youtuber Natalia Natchan. With her iconic collage videos and melancholy yet boppy tracks, PiNKII has emerged from her former internet persona as a rising musician and all-around (kawaii!) bad bitch. We interviewed PiNKII about her upcoming EP “internet angel”, and got an exciting look at her creative process and inspiration.

How would you categorise your music?

I usually just keep it simple and tell people I make “bubblegum trap”, which is a pretty good genre to describe most of the songs. But I also like to make some songs with less of a bubblegum and more of a melancholy vibe, and those could be anything—pop, lo-fi trap, bedroom pop, dream pop, sadcore, etc.

Tell us about the inspiration behind your new EP, internet angel.

I just really wanted to work on a project that represents who I am. I have a Youtube channel that I started while living in Japan. It started when I was signed to a record label out there, but I guess they didn’t know what to do with me so they told me to become a Youtuber. Most of the content is just about my experiences living there, and a couple of songs here and there.

I’ve gotten frustrated with the channel because I feel like even though it’s a lot of fun and I love everybody who watches my videos, I can’t get as creative with it as I would like. And I also feel like people who watch it only really get to see one part of my personality. Whereas with this EP, I feel like I’ve been able to put something together that really represents who I am.

For example, the song Pretty Girl Comet (which was released as a single on April 5th), is just a super fun, in your face, “kawaii bad bitch” type of song, and then I have the song Lonely Heart Highlight which talks about feeling the most comfortable and at peace while alone—but at the same time craving connection with others. I tried to express different sides of myself though the lyrics, but kept the same bubblegum/anime-inspired sound with the vocals and music. One of my best friends from my hometown in St. Louis (Kid Cysco) makes video game-inspired beats and he’s been able to work on some of the songs alongside an online producer with an anime-esque style (Yung Skah) that I’ve been following since I started doing this kind of music.

So yeah, I’m not sure what it’s like looking from the outside, but this EP has been like a dream come true for me.

You have a very signature editing style for your music videos—clips from anime and old-school music videos and films collaged with clips of yourself. What are you trying to portray with this style?

When I make a song, I feel like it has a colour palette that goes with the sound. I’m not sure if everybody feels the same way, but I try to express what the song sounds like by making videos. I guess you could call them animated collages. I don’t really have any skills in animation or drawing, so this is just a way for me to be able to express what kind of atmosphere I’m trying to create with the song, while giving the listener something pretty to look at.

I think my goal is to put the listener in a good mood with the nostalgic sounds, visuals, and a cute melody, but then have them listen to the lyrics and start wondering if there’s more to this than meets the eye… or ear in this case!

As a part of our Tech issue, we have to ask—what does technology represent for you and your art?

First of all, I was super excited to be a part of this issue! I’ve always had an affinity for futuristic themes and clothing. I love the Y2K/cyber trends in music and fashion in the early 2000s, and again, I was always intrigued with the cyber-esque designs included in the layouts of Japanese games back in the day (like Pop’n Music or DDR). The artist who did the cover art for internet angel also seems to get a lot of inspiration from those things. I guess that’s why I was so drawn to their art.

One of the things I like to do in my songs lately is to keep the main vocal of the song clean, but have the background vocals heavily autotuned, just to give it that “cyber” vibe. My producer friend made a joke the other day that I will be satisfied with a song as long as the backing vocals sound like Hikaru Utada in a Gundam suit!

You are already established as an internet influencer under the name “Natalia Natchan”. Do you consider PiNKII a separate persona from this, or a stage name?

When I decided to start releasing my own music, I just felt like I needed a new name for that. Because when people hear “Natalia Natchan” they just think of a Youtuber. Growing up, my family would call me Pink or Pinky—and Pink was already taken, so I just went with PiNKII!

I mean to be real I’d really just like to be PiNKII, but people won’t let Natchan go so I guess she’s gonna be here for a minute!

How would you describe your fashion style?

I think the best way to describe my style is “bubblegum cyber”. I basically want to look like a doll that jumped out of cyberspace! I love Japanese Kawaii fashion, pastels, and dolly makeup. But I also love baggy clothes, see-through vinyl fabrics, platform shoes, and anything futuristic—so I kind of just mix the two together. I guess it almost resembles 90s raver fashion but with a twist of Japanese Fairy Kei.

I need at least a couple baggy t-shirts with some kind of vaporwave image on the front (can that count as one?), my pink and blue Sailor Moon knee-highs, some kind of Adidas joggers or baggy pants (recently I’ve been into this pink pair I have), an iridescent or see-through bag, and my pink platform sneakers!

I just hope that I can inspire people to go through with and pursue whatever their heart desires! It’s scary at times but it’s better than being too afraid to move forward with anything, and then regretting it later in life.