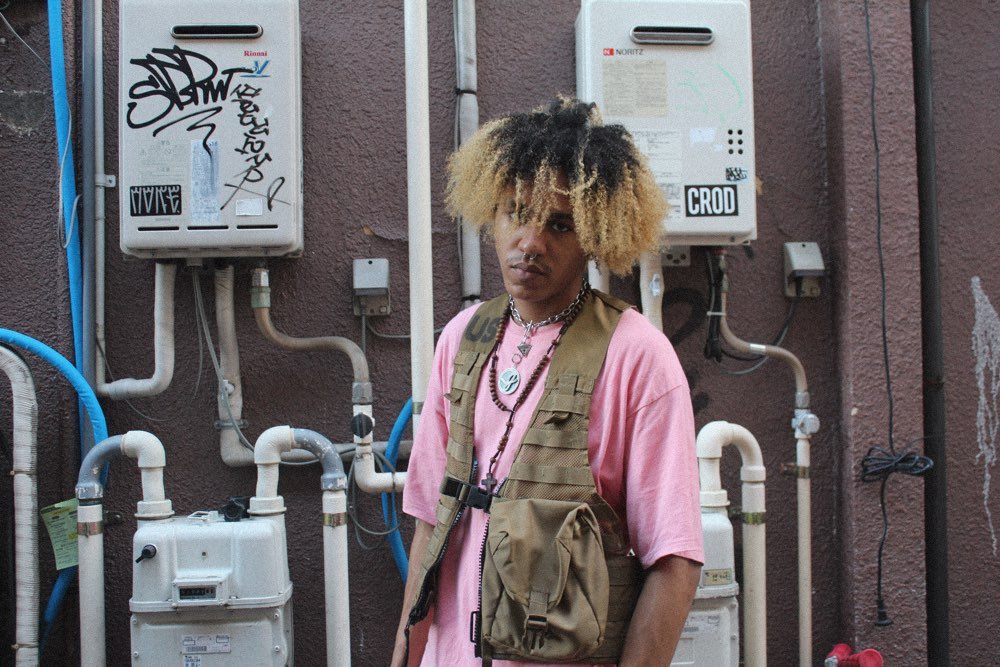 Engineer by day and DJ/creative by night, we sat down with Ocean to talk all things fashion, music, and… Daredevil?

How did you end up in Tokyo?

I studied abroad here in college, because I had to do a study abroad experience and I was into Japanese culture, fashion, streetwear, and all that stuff. I started DJing and modelling instead of going to school. When I left Japan I wanted to come straight back, so I worked hard to graduate, got a job out here with a good tech company, and then I got sponsored for a visa and came out here.

You are an artist, DJ, and hair-stylist. Artist we get. DJ we get. Hair-stylist? Now that is a story we would love to hear about!

I thought my girlfriend needed a haircut and so I did it myself. I watched some Youtube videos so I figured that made me a professional. It turned out alright! It was a joke but I’m kind of running with it now. I’ve got clippers! I can actually cut hair! So if you need a haircut, I’ll do it for the love. I can do fades, a low-cut Caesar… 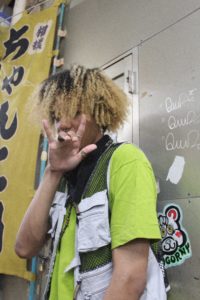 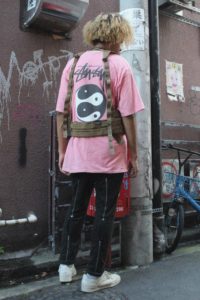 You are a part of dosing—Dreaming of Sleeping—a Tokyo-based collective of artists and musicians. Briefly explain what it is. How did you become a part of it?

dosing, Dreaming of Sleeping, is an artist collective group. I think essentially at its core, it’s just something that creates a space for people to come to collaborate on any medium of art. At the moment, a lot of us are DJs and also producers. I joined once we started creating hip-hop music together. We’re working on an EP! My primary role is as a rapper, secondary is a DJ, and then I do my own art stuff but they already have a dedicated artist; his name is Jamie—check him out! Right now its music but it’s not like going and listening to Soundcloud. It’s more like events, like setting up parties where people can meet. One word that I’ve caught from one of the creators is “soundspaces”.

Do you think your engineering job impacts any of your creative work as a part of dosing?

Engineering changes how I think about a lot of things. How I approach problems. How I approach art, even. Especially when it comes to art more so than the music, but all the time it’ll come into play. For example, if I am doing something on Photoshop that’s a bit repetitive, I’ll write a script to do it for me… just things like that. And then there’s a lot of things I’m trying to experiment with when it comes to the border between art and technology. There are AR (augmented reality) libraries that are fully accessible online now. Just playing around with it making 3D shapes, 3D art—recreating the normal but with interactive technology.

Are you playing with the idea of Visual Jockeying? 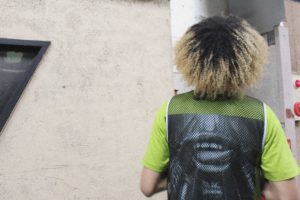 Is that why you are into Techwear?

I think I’m more into Techwear because of anime. All the cool, more mature stuff like Psycho-Pass. Techwear also came naturally out of skate rap kids—like me, originally. We would skate wearing big t-shirts and skinny jeans. If it tears up you don’t really care much, and that plays into the common streetwear culture. So it progressed with that and as I’m getting older, my style is maturing. Techwear still looks very cool on the streets, but it’s also very functional, very high quality. And it costs a lot so if you wear it people know that you are a real adult. It’s deeper, more esoteric. Try talking to someone on the street about Techwear, and they’ll probably ignore you because its esoteric—they don’t want to talk to everyone about it.

Have you always been into fashion, or do you view it mainly from an artist’s perspective?

I think it started with art and skateboarding because skateboarding was the first thing that made me notice brands. I don’t just wanna get a t-shirt, I wanna get a t-shirt from that brand. Back then it was Supreme, Diamond Supply (which really flopped as a brand, but it used to be cool—everyone wanted the Janoskis to skate in). I started with that and kind of took off.

Do you think your style will evolve in the future or are you pretty set?

It’s definitely still growing—one day I might be wearing suits! There’s a section in Noah NYC for grown skaters in the back with really nice coats, blazers, and stuff like that. It’s really expensive though. A lot of that stuff was created for people in the generation right before us, so they’re older now and they want to hold onto the style but also look more adult. So I think it will also be a more accessible thing as we grow older. 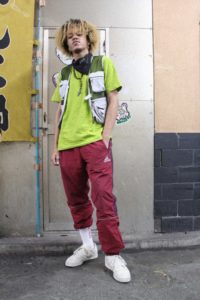 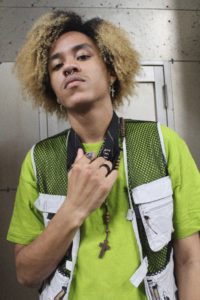 The spirit of dosing seems to thrive the most in the dreamscapes it creates. What appeal does the dream world hold for you?

I really like how dosing doesn’t just try to create what is already there. The first dosing event I went to had a guy drawing on his tablet and it was being projected onto a wall and there was a giant table out and people with glow-in-the-dark pens were writing all over it. There were like three rooms with different music atmospheres. It’s like a really interactive thing—the next day you feel like maybe you were dreaming. It’s not a normal experience, but in a good way. It’s more about the people who come and making them have a unique experience. That plays into the dreamscape idea—dreaming of sleeping. Even the ethos of the members is very much the idea of creating what is important to you, not going with trends, sticking with what your personal dreams are—keeping things lucid with its execution.

What do you do when you aren’t creating dreamscapes or works of art?

Day-to-day is pretty interesting. I wake up and I cry… I’m kidding. I wake up and usually work from home a bit or go to a cafe, or go to my office because I can work wherever. It’s interesting because I bike there. I bike very reasonably dangerously to try to keep it a bit exciting, give a little bit of adrenaline throughout my day. Then I usually take a break. I’ll go see some friends in Harajuku, hit somebody up and maybe get lunch, then go back to work. I think every one of my days follows a slightly different schedule. 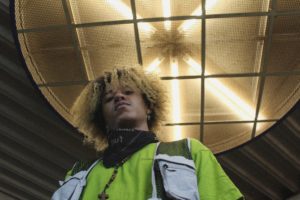 What’s the last piece of culture (book, album, film) that you’ve loved and why?

Dude, Daredevil season three—that counts right? It was sick. Even in the comic book it has one of the best storylines. The cinematography handled the atmosphere and controlled the mood really well. It didn’t feel like a superhero show—it felt like a very gritty, vigilante versus organised policing story. I recommend. And then read the comic!

If you see me in the streets say Hi. Follow your dreams of sleeping because sleeping is good for your skin and skin care is important.