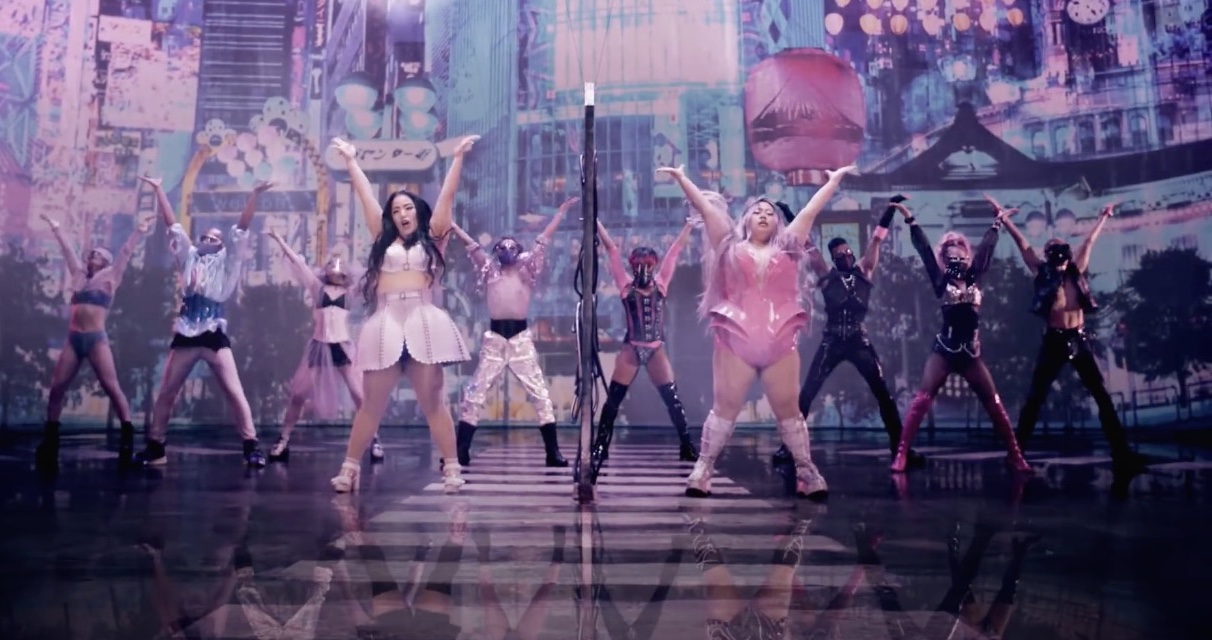 Naomi Watanabe’s Rain On Me Parody

Designer, comedian, actress and model! What can’t Naomi Watanabe do? Watanabe rose to fame with some well-placed parodies and impersonations of celebrities like Beyoncé, Rihanna and Mariah Carey. Now she’s raised the ante—yet again! Her latest venture is a video that’s trending on YouTube and racked up over 5 million views in just 4 days! Naomi’s parody of Lady Gaga and Ariana Grande’s Rain On Me music video was shot using the exact frame rate, costumes and hair as the original. And it was even given a personal OK from Lady Gaga and Ariana!

who do you want to see Naomi parody next?

Never one to shy away from slapstick humour, the video begins in classic Naomi fashion with the comedian pulling a stick of dango out of her thigh and eating it. The parody, a cyberpunk post-apocalyptic dance battle, features Naomi as Lady Gaga in pink PVC bodysuit and lilac tresses that perfectly match the video’s high energy routine. Ariana Grande is played by none other than Yuriyan Retriever, a Japanese comedian you may know from America’s Got Talent. Despite not making it past the AGT auditions, this video proves that Yuriyan’s got some moves!

From the Mortal Kombat costumes to the made-for-TikTok choreography this video was on point! The original video ends with a warm embrace between the two pop divas but… COVID-19 so… No. The best Naomi and Yuriyan could do was pulling cute faces at each other through a social distancing screen. Welcome to the new normal!

First Beyoncé, now Lady Gaga, who do you want to see Naomi parody next?