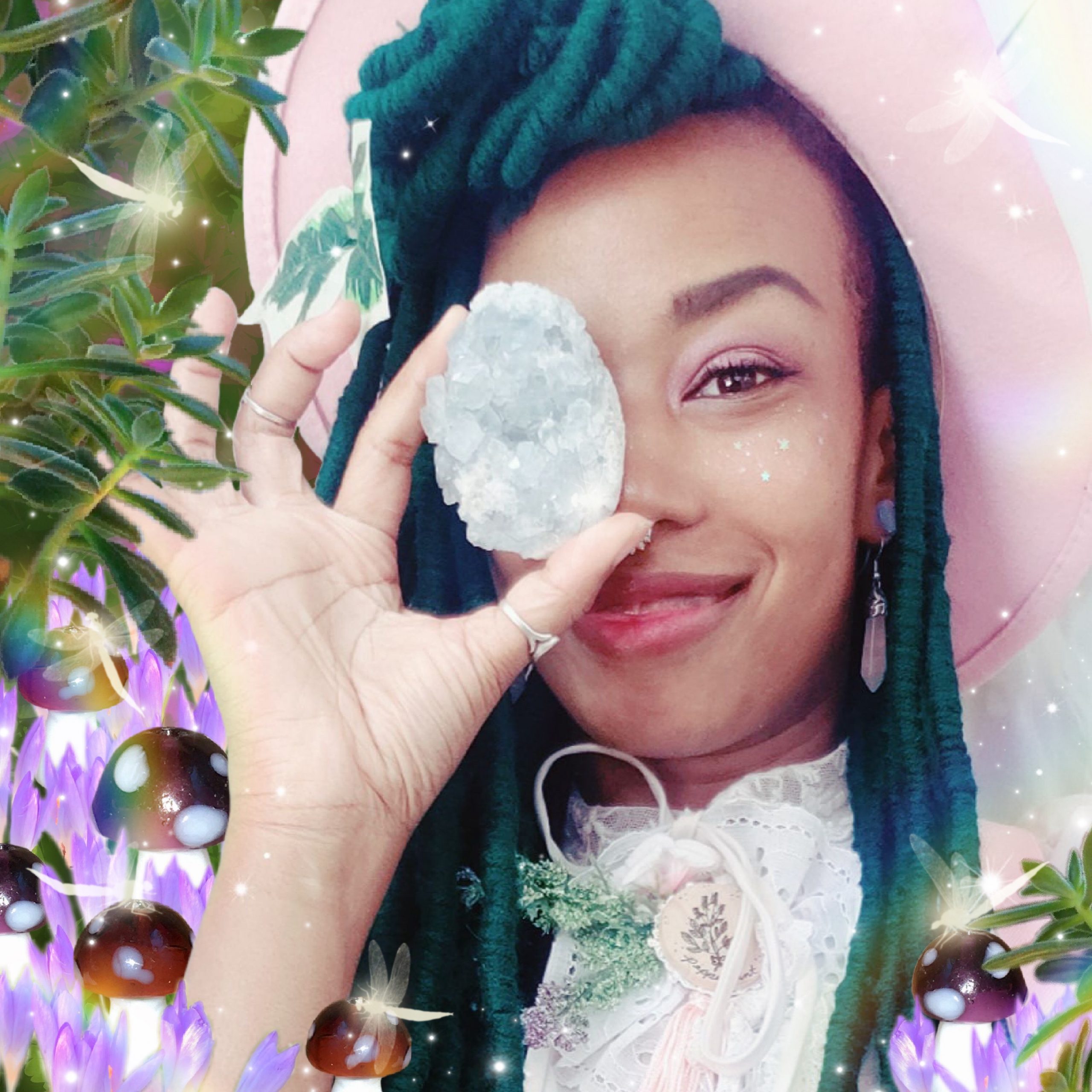 In the past, people believed that witchcraft was a threat to society. Nowadays, there’s hardly anything sinister about it. Teenage witches, middle-aged witches, witches coming to the end of their power—we see the witch represented across all generations thanks to pop culture. But there’s more to witches and witchcraft than the mainstream narrative. Enter Mintfaery: eclectic witch, tarot card reader, and Youtuber from Philadelphia!

The moniker “Mintfaery” came naturally to Mint Siegel. Mint had always been a massive part of her life (it’s her favourite scent, tea flavour, herb and colour) and her father would give it to her before school to settle her stomach. But it was a vivid dream of a baby Mint, curled up and peacefully slumbering in a leaf surrounded by morning dew, that motivated Mintfaery to look into her ancestry. Her dream convinced her that she was something different—and she was right! As Mint learnt more about her lineage, she discovered that she was descended from “little people” (faeries). 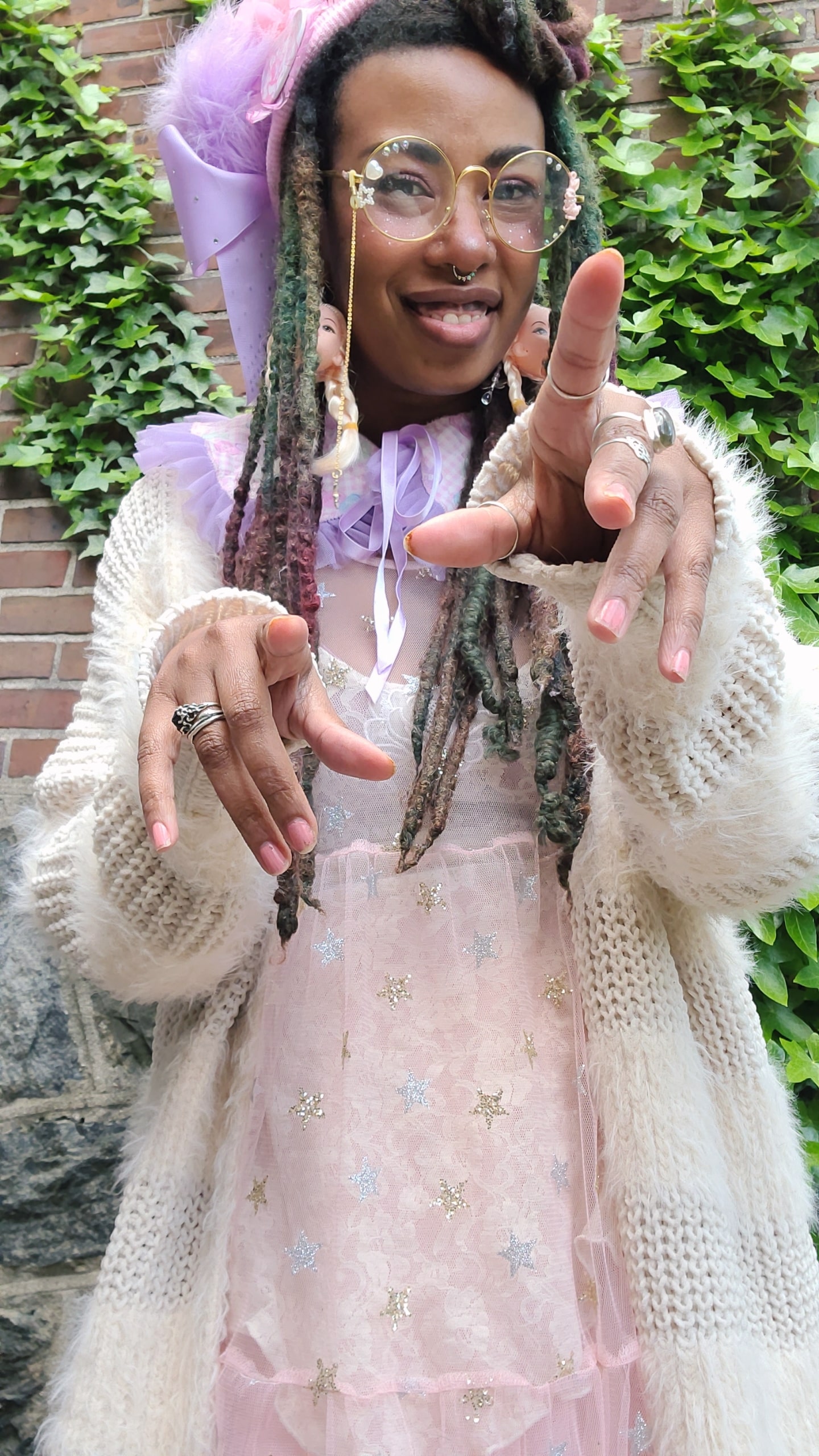 Mint has practised magick for over 26 years, and she takes her craft seriously. “I like learning about which herbs were used as medicines in the past and incorporating them into my spellwork”, Mint reveals. Living with chronic illness has also made health and wellness crucial pillars for Mintfaery and has prompted her to think about helping others. Her witchcraft is influenced by love, healing, and good intentions.

Witchcraft has become more prominent in pop culture in recent years, especially following the rise of the Law of Attraction and the resurgence of astrology. “It has definitely drawn a lot of new people to the craft! I think that curiosity is great… They are exploring themselves and hopefully learning something that will help them”, Mintfaery explains. Although it may only be for the aesthetic, it doesn’t make one’s interest in witchcraft any less genuine. “I think that coming into your own power and learning that you can make things happen and reach your goals is incredibly strengthening for a woman.” However, Mint has been less enthusiastic about the commercialisation of witchcraft, “The only thing that really bothers me is how many companies have latched onto it, and have started selling spirituality. It’s unfair and exploitative.”

“I love looking like I’ve stepped out of a fairytale.”

Mintfaery’s own personal style has always stood apart from the witches we know from pop culture. “A lot of people have an idea of what a witch should look like. Black clothing, black cat, black hair!” Mint explains. The soft ice cream tones of her everyday co-ords have often resulted in her and her craft being dismissed as “second-rate”. But Mint’s interest in pastel fashion doesn’t make her any less of a witch. “I love looking like I’ve stepped out of a fairytale… Pastels make me feel happy and calm [and] I’m very much into colour therapy”, she told us. While what she wears depends on her mood, Mint feels as light as a cloud whenever she’s wearing fluffy pastels and there’s no other feeling she loves more. 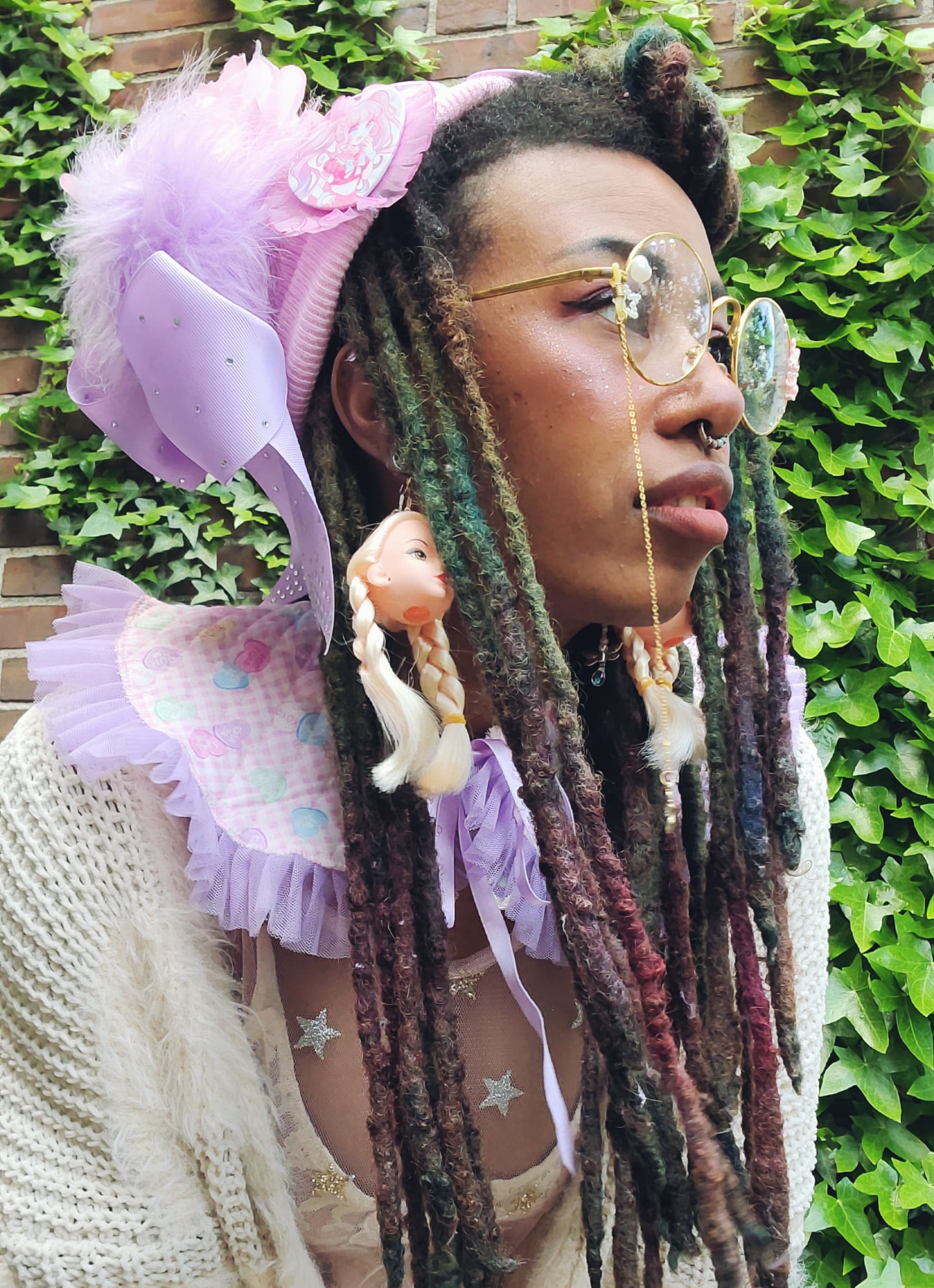 Mintfaery also incorporates her love of 80s style (especially 80s fantasy film fashion) into her daily wear, and her first encounter with Japanese street fashion came about because of LiveJournal. “I love Cult Party Kei. Lingerie, silk, tulle, and gauze mixed with Victorian accents is my favourite. Fairy Kei and Mori Kei also really draw me in”, Mint gushes. Imagine a ruffled blouse paired with masculine pieces like trousers and suspenders in pastel hues! And Mint’s penchant for pastels is very much a part of how she practises witchcraft. “I love adding pink and baby blue statues, candles and tools to my sacred space.” Mint reveals.

But there are still a lot of misconceptions about witchcraft, especially when it comes to the word “witch”. Gone is the stereotypical witch who commutes with Satan (although technically this is still a thing for some). A lot of modern-day witches like Mint embrace all kinds of spiritualities. Some are atheists while others call themselves Christian witches, practising magical herbalism and going to church every Sunday. While the word “witch” may still have a negative connotation for some, Mintfaery sees it as having a positive place in the community. “I believe that if you understand what it means, and honour it and love it then you can happily claim it. But it isn’t necessary to pursue your craft, ya know?”

Mintfaery’s eclectic way of bringing together traditions, and willingness to learn perfectly sums what it means to be a modern witch. There’s no one right way of practising witchcraft, it comes down to doing what works for you.