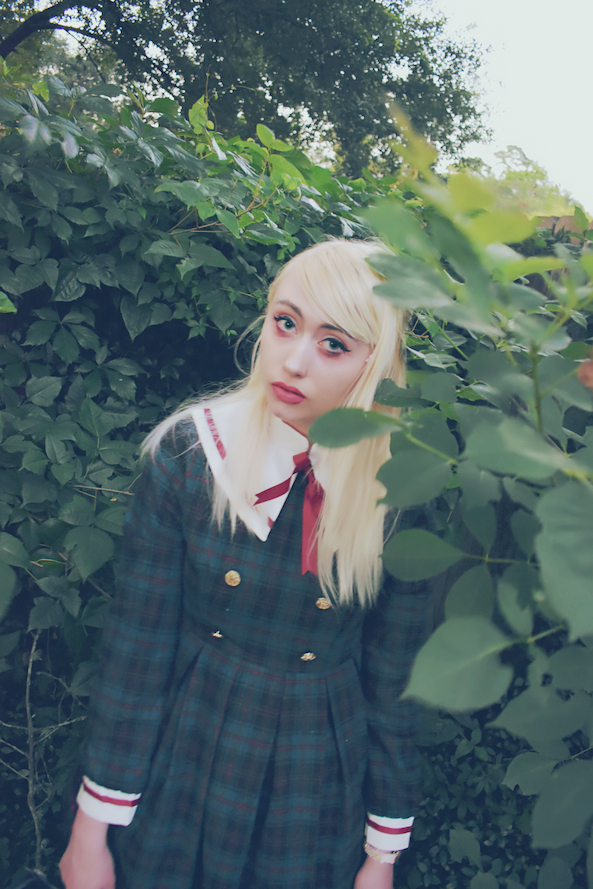 Our featured artist this month is Melancholiaah! Her style of performance art is unique and her vocals can easily be found blaring out from a rhythm game at an Akihabara arcade. But there is more to the high energy performances she gives—each one sends a message and develops an intense rapport between her and her audience. Each live performance is the chance to tell a story through music and art. Let’s find out more about this amazing artist!

What do you do? Who/what is Melancholiaah?

I am a vocalist and weird performance art/storytelling hybrid. A lot of people confuse me as an “idol” performer, but I don’t really consider myself to be anywhere near an “idol” and I don’t necessarily want to be one. To give a little backstory, I have been performing since I was ten years old, which makes it over a decade now. Back in 2008, a video of mine went viral and although it had positive remarks, it came with a very twisted side that I was not very open about until recently involving sexual harassment, stalking, and overall exploitation and a robbing of my childhood which led to nearly 8 years of self harm, depression, and anxiety that went untreated.

When I came out with this information this past year, it came as a shock to people who had been following me for a long time. I still loved to sing, but it was very detached from who I truly was and I found it hard to sing because I was still holding onto a lot of my trauma as a child. I felt more that I was performing because I had to, but of course no one was actually telling me I had to and it was more of an internal conflict. A long time friend of mine and a musician named Akira Complex reached out to me asking if I could provide some vocals for an album release of his and I said yes. I came up with an alias to be credited as for this but I decided I wanted to do more with it. Since Melancholiaah’s initial launch in 2016 and the rise of the #metoo movement, I decided I could do more and use this as a platform to speak about what happened to me in a way others can relate to and feel as if they are not alone.  Melancholiaah is a therapeutic project for me because it’s not really a project in a sense of something I’m creating to show people, but it’s a project of finally accepting myself and my failures through radical performances and aesthetics and making others feel that acceptance within themselves as well. I’ve always had issues being vulnerable, but when performing under the name Melancholiaah I feel it allows me to be vulnerable and also lets everyone watching know it is very much okay to be vulnerable.

What is your connection to Japanese culture? How did you discover it?

Like a lot of kids, I grew up watching Sailor Moon on TV when it aired. Instead of me just being the odd kid out, my whole family got into it. At about three years old, I began cosplaying and performed at my first convention in 2004. Around that time, I got really into Japanese music as well and since then have dedicated a lot of my time to finding new artists. A lot of people think J-music ends at Visual Kei or J-pop, but there are so many other genres out there that are inventing new sounds all the time. The shoegaze and math rock scenes are some of my favorites and are seeming to get a little more recognition, which I love. I don’t cosplay as much anymore, so I would say my main connection to Japanese culture is through music.

Where do you find inspiration?

There are quite a few musicians I take heavy inspiration from here and there. Shinsei Kamattechan, Maison Book Girl, Kindan no Tasuketsu, Nichoume no Sakigake Coming Out, DIMLIM, Arakajimekimeraretakoibitotachihe, and even non-Japanese musicians like Baths, SOPHIE, and Björk have shaped me in one way or another creatively. Of course, every musician I frequently listen to I find inspiration in. Besides music, I find a lot of inspiration in our queer culture and communities and also use my own experiences as a heavy inspiration in the way I perform, the content I put out, and how I act. Although I have lots of inspirations, I feel inspiration from my own experience is what shapes me the most and I wouldn’t have it any other way. It makes things feel more genuine and refreshing to me with it that way.

How do your music and fashion intersect?

The music I like is very grimey, noise-oriented, and uncomfortable for some, but it’s something that makes me feel completely understood. I like my fashions to reflect that when performing. I often like to stick with green, which is my favorite color, but shades that make people sick to look at. A vomit green is my favorite to wear, but if I can’t do that I am sure my makeup is reflecting how I feel on the inside. I like looking very uncomfortable but still having an aura of peacefulness and friendliness surrounding me. Creepy, but she could also be your best friend. A vibe like that.

What message do you want to get across with your music?

I feel a lot of people often go through difficulties in life that they keep bottled up, have a lot of insecurities that make them feel useless. People are afraid to ask for help and speak up. It gets worse and worse over time and overall I feel people think nothing of themselves. I feel the same way, but I want to change. I want to take all my pain and turn it around into something to better myself. In between songs at my live events, I tell a story of some sort, which is different with each event. The stories are something that not only affect me, they affect others as well. For example, my most recent performance dealt with me losing people close to me, people who really shaped me into who I am today. In the beginning, I question my self worth and question how I can continue to go on as they impacted me so strongly. The story progressed through music and finished with me realizing those people who are now gone would want me to be the strongest I could be and how I should cherish everything they’ve given to me to live on in their name. I like to perform stories like this through my live performances, things that are meaningful to me at the moment, but things that I know everyone can relate to along the way. Ultimately, I want to create a strong community of love and acceptance because once one person comes along that you can relate to and connect to, it really does make a difference in motivation in one’s life.

What do you do when you need to get yourself out of a creative rut?

I normally just wait it out. I know inspiration will hit me at some point, so I don’t try to force anything and if I do force it, it won’t seem genuine enough and will be more of a thing just to do a thing. I like acting with purpose now. I’m inherently a very creative person, so naturally creativity will come to me if I wait it out. But speaking of inspirations again, I do listen to music 24/7, so listening to certain genres gets me in different moods that spark a creative outlet somewhere in me.

If you only had one day to spend in Tokyo, where would you go and what would you do?

That’s so difficult! There are so many fantastic spots in Tokyo and so many I love to frequent. My last trip, I went to Puroland for the first time and had the best time ever. My mother and I went together and we both felt like little kids the whole time. It was a really fun day and I’ll cherish it forever. I think I would like to spend my day in Puroland, then go outside to the arcade that’s a bit down the street and play games, then go to Saizeriya and eat pizza.

Thank you so much for reading, I know it’s been a mouthful. I hope I can meet everyone at a performance one day. I love collaborating with other musicians, so I hope to work with lots in the future! Please keep an eye on me, I am always working in one way or another. 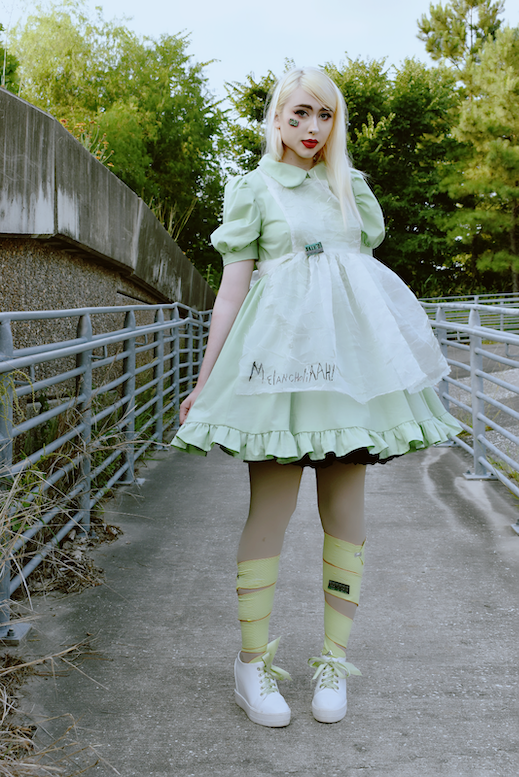 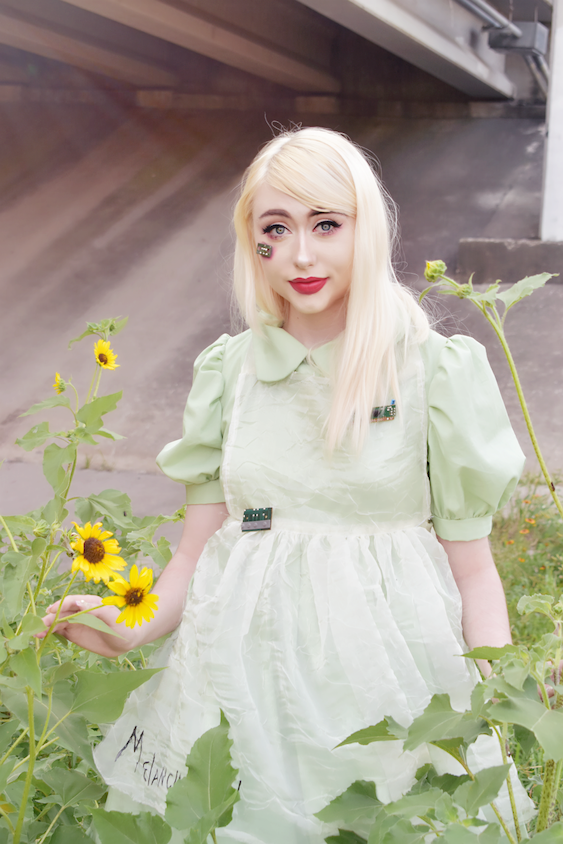 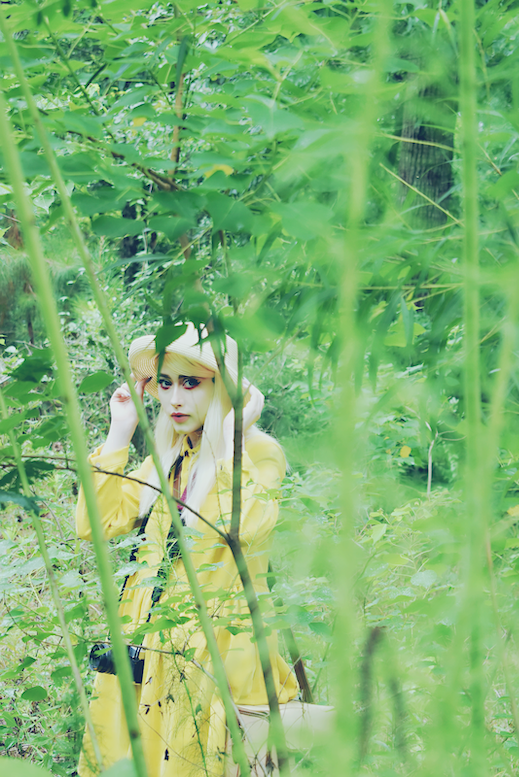 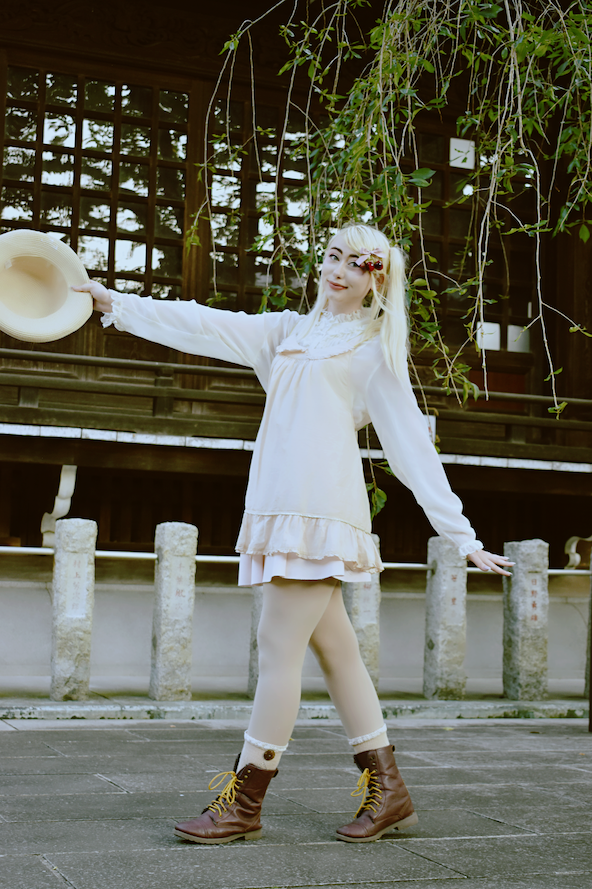