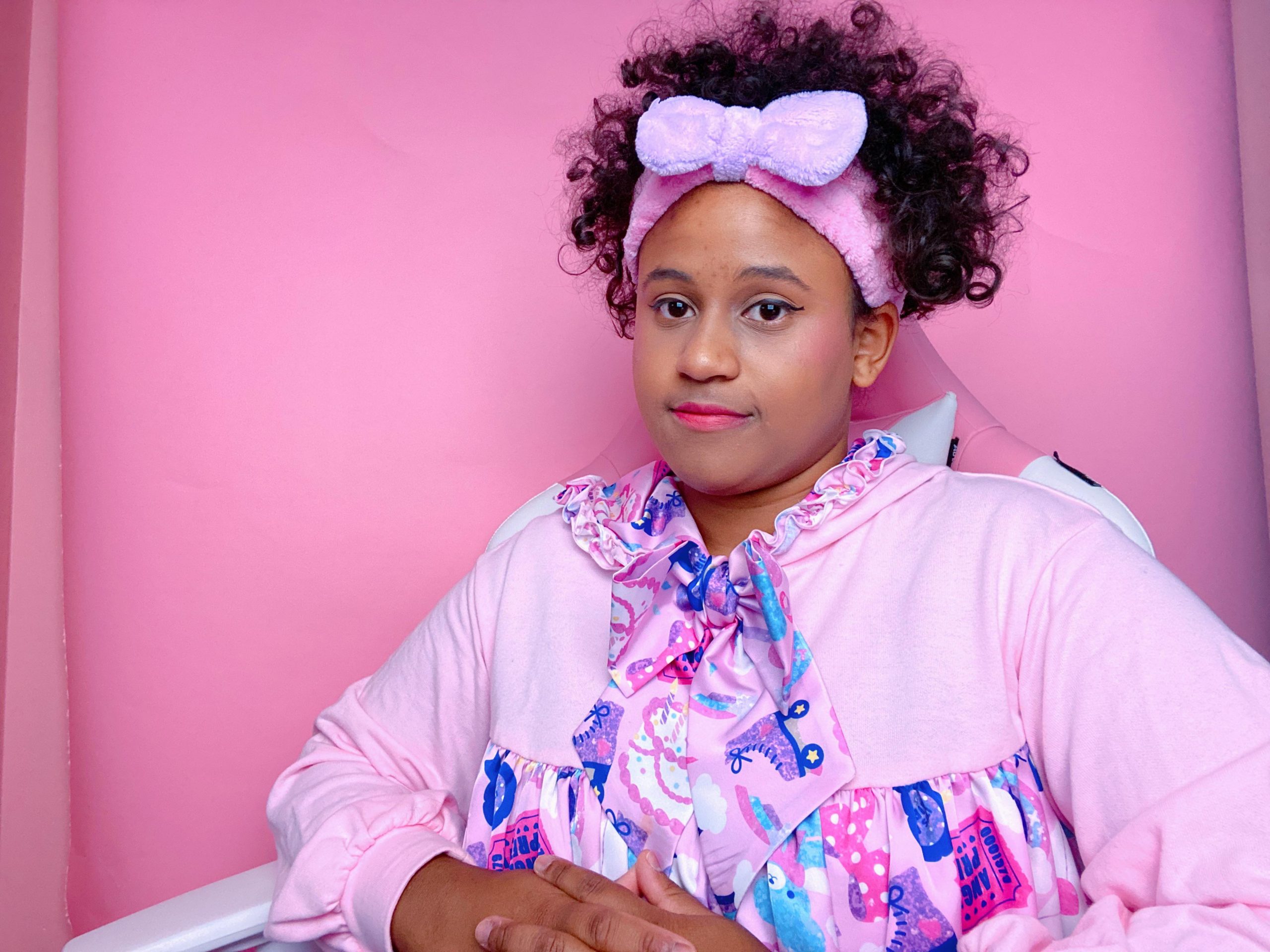 Marina is the “Pinkest Brown Girl” You Will Ever Meet!

After discovering Japanese street fashion through anime and a local Lolita convention, the rest was history for Marina. Fast forward to the present, and she’s the “pinkest brown girl” you’ve ever seen on the Internet! Driven by her desire to generate more awareness about the uncomfortable conversations within the community, Marina started a podcast called Frill Talk. But Frill Talk is more than a podcast! It’s a safe space for black representation that amplifies black voices while covering all things Harajuku fashion. We sat down with Marina to talk representation and why it matters!

Hello everyone, or as I say on my YT channel, “Konnichiwa mina-san, Marina desu!” For those that do not know me, I am Marina, from the USA! I am a Black Latina so I also make content in Spanish. I love egl, lolita fashion (I am sweet till I die, lol), and kawaii fashions. I am an anime enthusiast and my favourite diva is Hatsune Miku! My soul color is pink and my goal is to be the pinkest brown girl in my world.

How did you get into Japanese street fashion?

My first exposure to Jfashion is similar to many others, through anime! You always see a “gothic lolita” character and eventually, I got curious one day. So, I looked up what these characters were wearing, and saw it was part of lolita fashion! From there, I researched and eventually in 2015 I decided to try out. I went to a local convention in my co-ord and there I met another Black lolita and they just made my day, we took pics together and they complimented me!

What aspect of the Lolita resonates with you the most?

Lolita can mean many things for every single wearer of the fashion, I use it as a way to explore my femme side and become that cupcake princess of 10-year-old Marina’s dreams ahah! 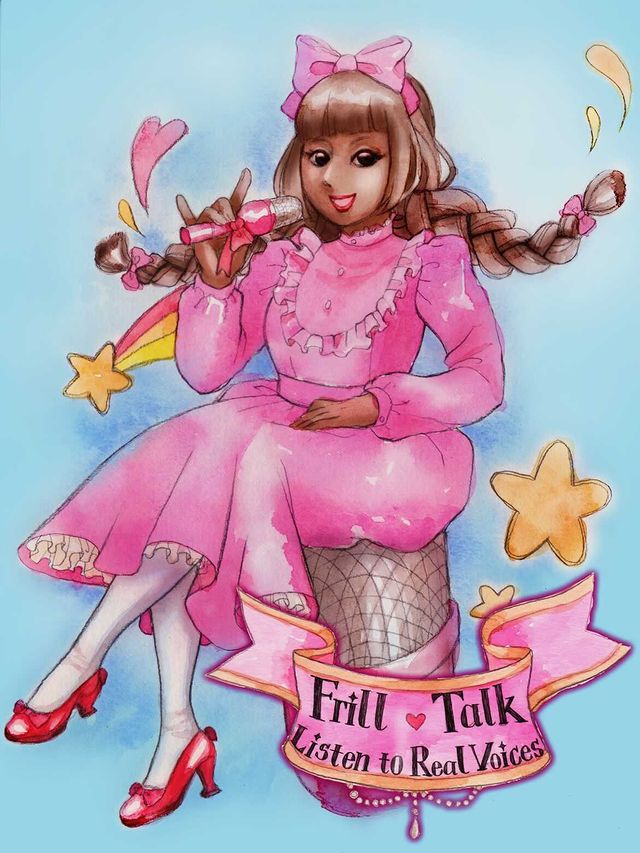 What were your first impressions of the EGL community? How has the community changed since you first joined?

At first, I was very nervous and scared! One of the reasons was that I was afraid of being the only “Black girl” in the room. At the time you mainly saw White people and lighter-skinned Asian folks, but since I lived in NY state I wasn’t as worried about that in my home comm.

My first meet was amazing and I’m still friends with them even though I moved to Ohio! I think now it’s changed a bit that you can see all kinds of people wearing lolita. Not just brown people but also people that use mobility aids and wear lolita, people with chronic conditions and talking about their experiences like autism and wearing lolita.

Was it difficult to reach out to other black lovers of Japanese street fashion when you first started out?

Yes and no. At my first lolita meet ever there were a couple of Black lolitas there and since I came alone, the whole comm welcomed me. To be fair this comm is very small. Most meets had between 5-15 people so it was very close-knit, we all got to know each other and went to cons together as a group.

You also have your own podcast, Frill Talk. What was the motivation for creating it?

Honestly, I was angry that not many people make content geared towards the uncomfortable side of Jfashion. In my current local comm, some “funny business” happened that pretty much set off my anger, so I wanted to see what I could do to raise awareness of issues not spoken about in the kawaii and Jfashion communities.

We can’t all be “kAwAiI dEsU” 24/7. And as a Black Latina, there are certain experiences I, unfortunately, see too often happen and can relate but then the majority of people think of it as “Oh that’s just an isolated incident.” or “You just have to deal with it.” Absolutely NOT!! So, anger pretty much inspired it. But on a more positive side, Okei Podcast, the NHK kawaii reporters, and JadedIsland were inspirations for this series.

Can you tell us about some of the topics you cover?

I have to say, the whole series is a content and trigger warning. It covers stuff about racism, fatphobia, anti-Blackness, and of course, the fun aspects of Jfashion such as community, brands we like and stan. I interview people who are actually in the community and not just “influencers”, so regular folks too.

Why do you think it’s important to create such spaces?

Many egl communities are very much White-led. So having space for folks to be able to openly talk about experiences is so needed. A lot of times lolitas think the world is full of “frilly lovey ruffles” and yes that’s true, but for some, that’s not always the case. There is nothing inherently bad about being in spaces that are predominately white-led. It is just that there are experiences that our white friends would not be able to understand because they could never experience them. 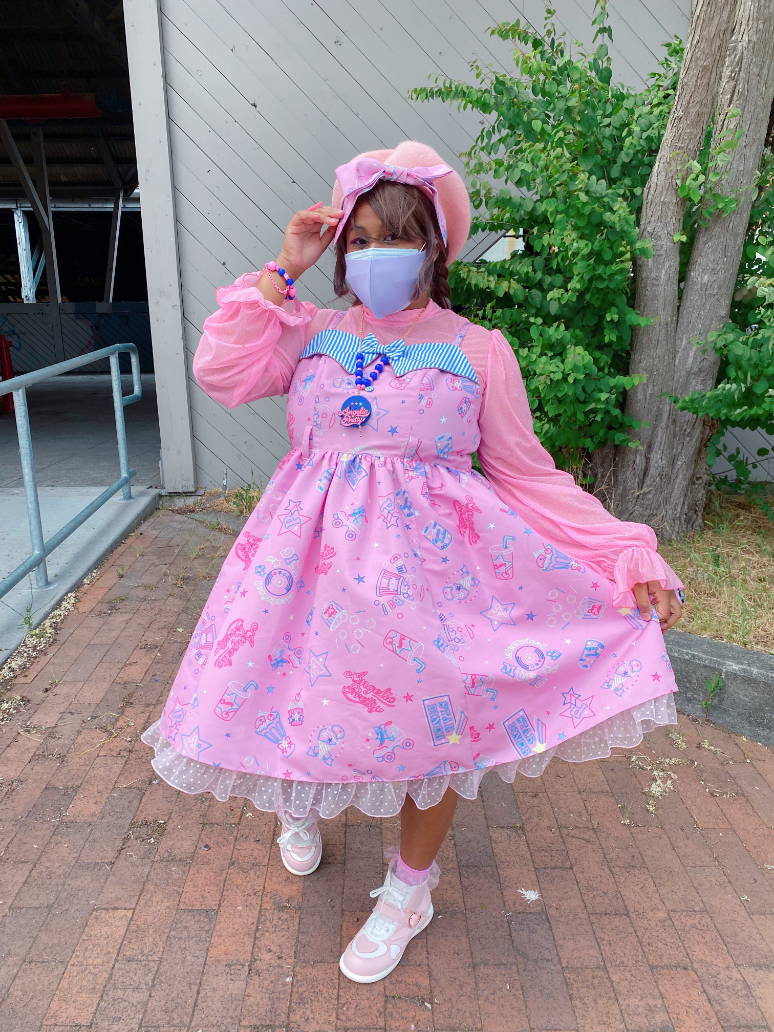 What does representation mean to you, personally?

This is so hard to answer because there are so many ways representation can look. Representation doesn’t mean just showing one type of person, it’s valuing the differences we all have, and becoming exposed to many types of worldviews (even the ones we don’t agree with). Then perhaps the world won’t need “representation” to be a priority if that makes sense?

How can black representation be improved in the Lolita community?

Listen to your Black members! Audit your own communities and see if it is a safe space for Black folks! I suggested a town hall/anonymous suggestion box sort of event and I really think any community can utilize that.

Where do you see Frill Talk in 5 years?

This is tough because I have no idea LOL. Me starting Frill Talk was a snowball effect of emotions. Perhaps Frill Talk will evolve into something else. I have so many ideas, I really loved those NHK kawaii reporters and I kind of want to do something like that eventually. Not necessarily for NHK but to have more kawaii journalism!