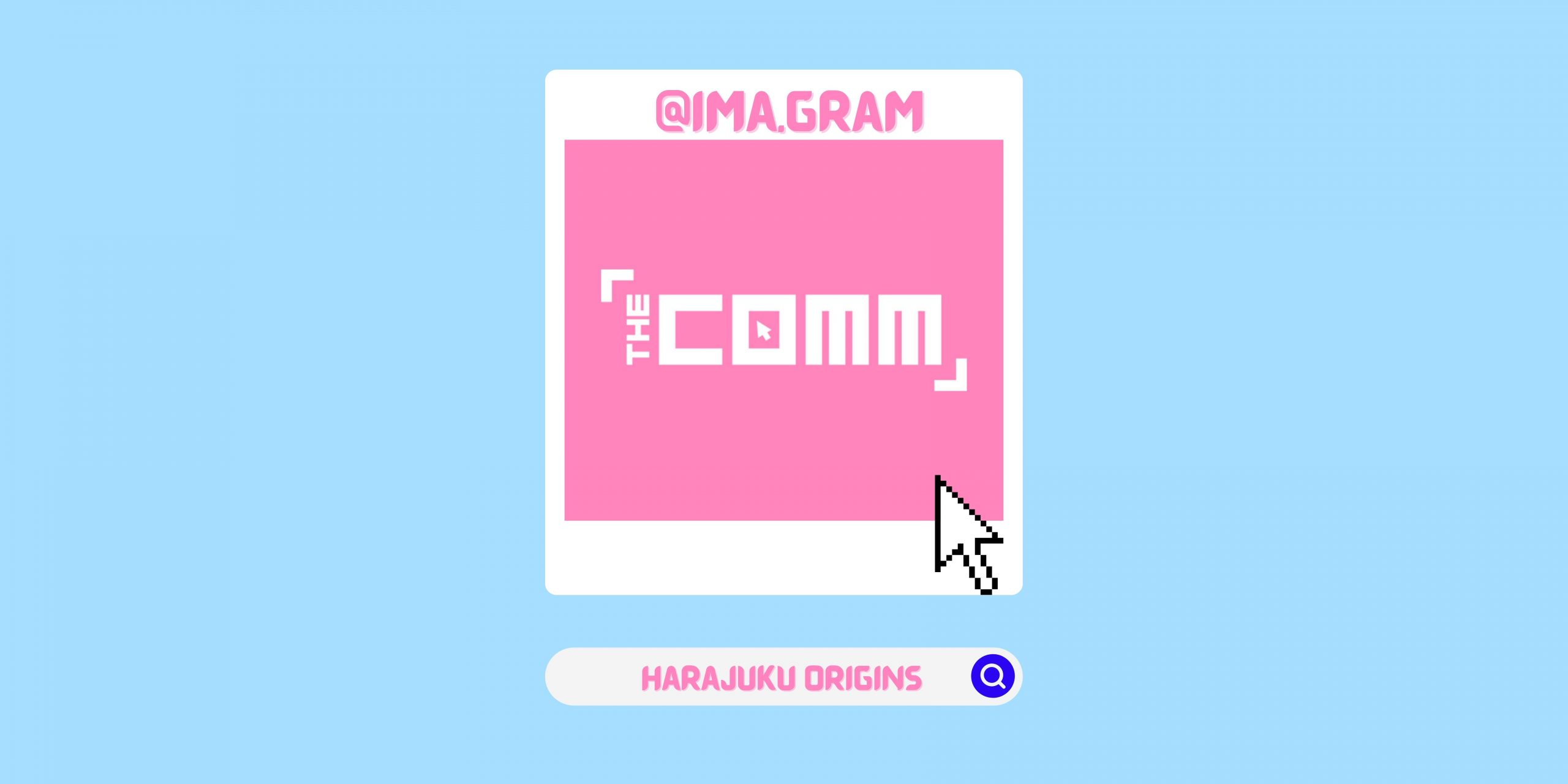 Harajuku fashion is lauded as the forefront of fashion. Trendy yet outlandish, ground-breaking yet niche. To those unfamiliar, Harajuku’s more famous styles have a reputation for being too unconventional to wear every day. However, many items loved throughout mainstream fashion stemmed from Harajuku too. From manga to runway to TikTok, explore four symbols of Harajuku’s influence with us!

The year is 2010, and everyone and their mother is trying to find the perfect solid black coat. Black t-shirts, black trousers, black jumpers, it all had to be black. Uniqlo and Muji dominated downtowns, each filled with the chicest staple pieces. Sometimes when we felt bold we opted for a striped garment, only to pair it with, you guessed it, black. But we had seen this 2010 fad before, when Paris Fashion Week was taken by storm by Yohji Yamamoto and Rei Kawakubo. Their minimalistic style in the 80s with their all-black outfits and sweeping coats, scarves, and hemlines inspired the Karasu Zoku (Crow Tribe) movement. Harajuku suddenly saw a flock of well dressed fashionistas descend on the streets donning all-black outfits and crisp silhouettes – most famous of all, the dramatic, flowing black trench coat. Even with the colourful and maximalist styles Harajuku is known for, Karasu Zoku outfits were just as eyebrow raising! 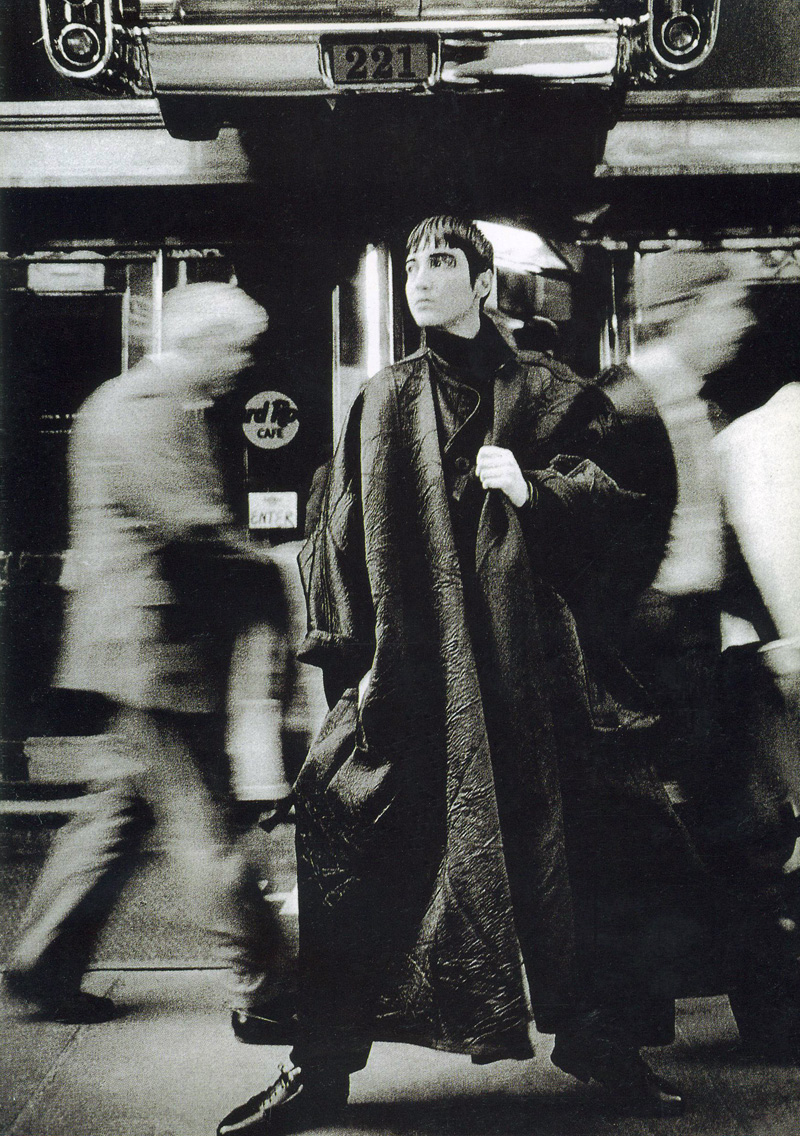 Little Von Dutch shirt, big thrifted cargo pants. Tiny sunglasses, tiny skirts, but most importantly, even longer leg warmers. Today, trendy legwarmers and loose socks are a part of the Y2K revival trend, a world inhabited by hot pink and nostalgia for an era where pop stars reigned supreme and unapologetically extra. While other design aspects, such as sailor collars, have become synonymous with Japanese school uniforms, loose socks are a more subtle reference to Japanese pop culture that have recently had a resurgence in popularity. The 2000s have come alive in Japan as well, with styles such as jirai-kei and ryosangata-kei playing off the era’s playful girliness – this time, with an edge. This instantly conjures images of rebellious 2000s Kogyaru. Kogyaru took pride in their school uniforms, customizing skirt lengths, keychain decorations, and sock length into fashion statements that let the wearer express herself. Opposite to skirt lengths, the longer the socks, the more rebellious the wearer. 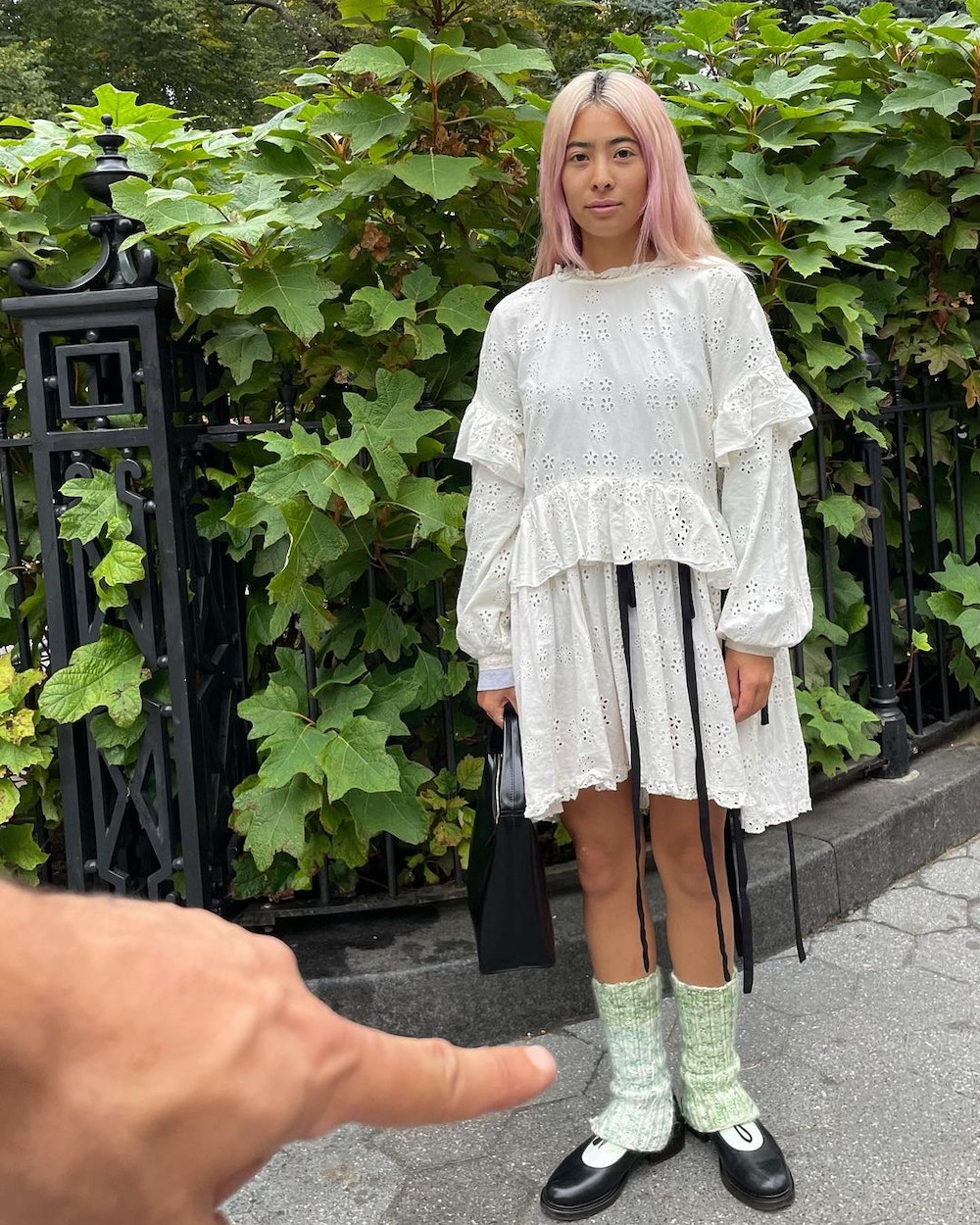 The Vivenne Westwood orb necklace is the it-piece of jewelry this year! People are desperate to get their hands on the so-called “TikTok necklace” with the iconic pearl orbchoker’s popularity further driven by celebrities like Bella Hadid and Zendaya. TikTok’s obsession with manga, in particular Nana brings the iconic globe to a new generation. The signature look of Nana’s main character, Nana, was head to toe Vivenne Westwood and the globe is the most recognisable item in her collection. Nana, which ran from 2000 to 2009, explored creator Ai Yawaza’s fascination with Vivienne Westwood and the influence Westwood’s designs had throughout Japan. Combining historical and punk fashion, Westwood’s 90s designs influenced Japanese street fashion through the addition of “boyish” and punk elements to the feminine trends at the time. Westwood’s Orb necklace remains one of her most iconic pieces, worn by several characters throughout Nana adorning necklaces, bracelets, rings, and more. 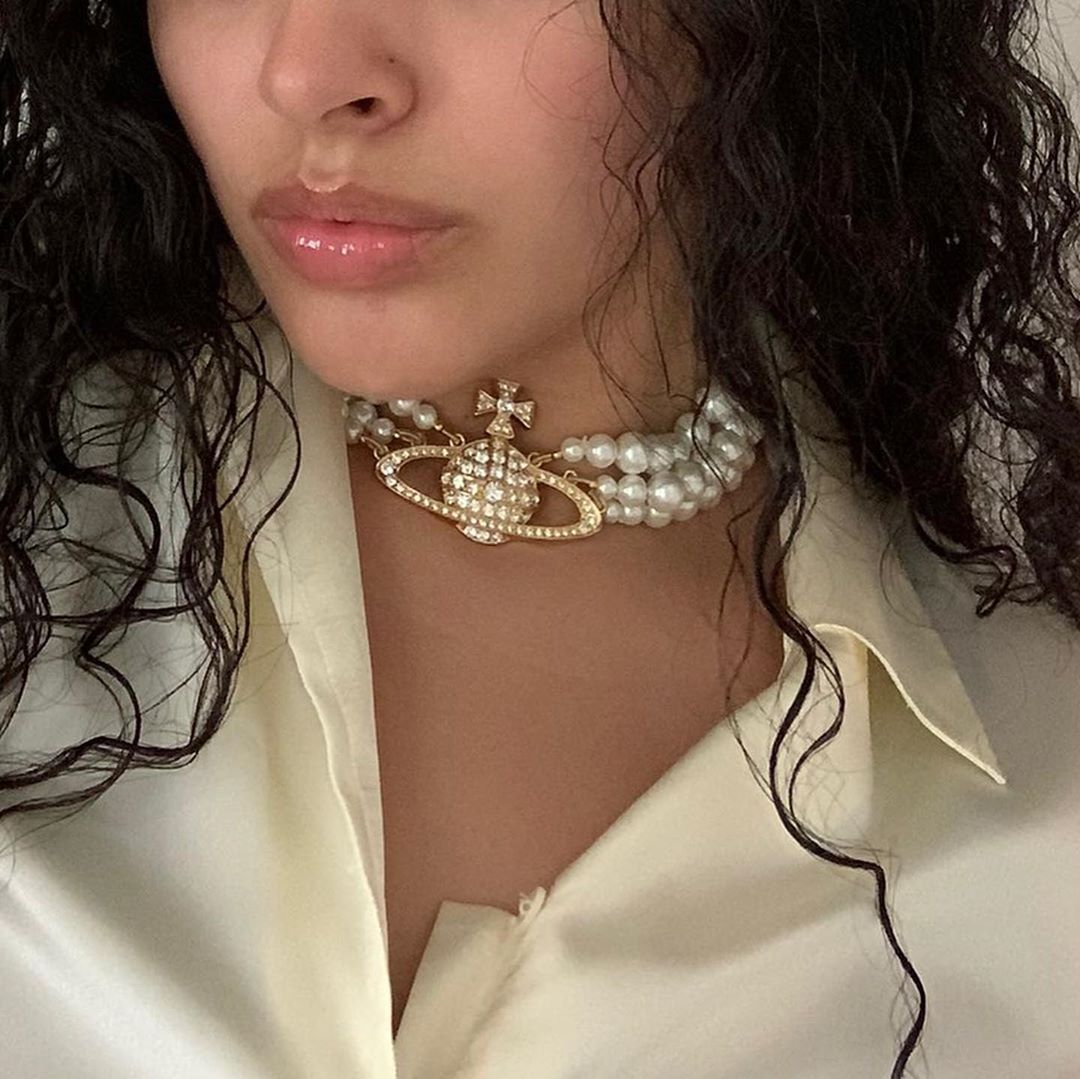 Pastel, pop, punk, or all of the above? Pleated skirts can do it all. Coming in bright plaids and fun colours, eschewing tradition, the skirts popular today are more likely to be found in the casual outfits of the 90s-era Sailor Moon than a real high school uniform. While pleated skirts started gaining popularity in the early 1900s, the 40s onwards saw them become an iconic part of school high school uniforms in Japan, England, and America. As time went on, hemlines became shorter, until the form of the pleated mini-skirt is one of the most popular today. Infinitely versatile, pleated skirts have been adopted as a staple in E-girl fashion, one of the most instantly loved or instantly hated styles of the 2020s. Even within this one style, E-girls’ spectrum of dark and emo-inspired to colorful and retro-inspired looks all utilize pleated skirts. Usually paired with an oversized sweater, the pleated tennis skirt is a staple meant to reference characters seen in anime and manga. How do you wear your pleats? Are you a magical girl? Or an E-girl?

For every purpose, there’s an apron for it, made of anything from linen to lace. However, there’s no more important purpose than transporting yourself into a whimsical world of berry picking and off-the-grid living than donning an apron. At least, that’s what fans of styles inspired by western cottagecore or Japanese mori-kei would do. In the 1970s, Japanese brands such as Pink House released long, flowing skirts and of course, pinafore aprons, that formed the base of mori-kei and cottagecore silhouettes we see today. With mori-kei reaching its peak in the 2010s, cottagecore has taken off in the 2020s, inspired by mori-kei’s romantic lifestyle. However, cottagecore and mori-kei take different turns. Whereas mori-kei emphasizes layering, texture, and earthy colour palettes, cottagecore loosens the look to incorporate western vintage dresses and simpler silhouettes. For these sister styles of different interpretations yet same inspiration, the apron remains a steadfast companion. 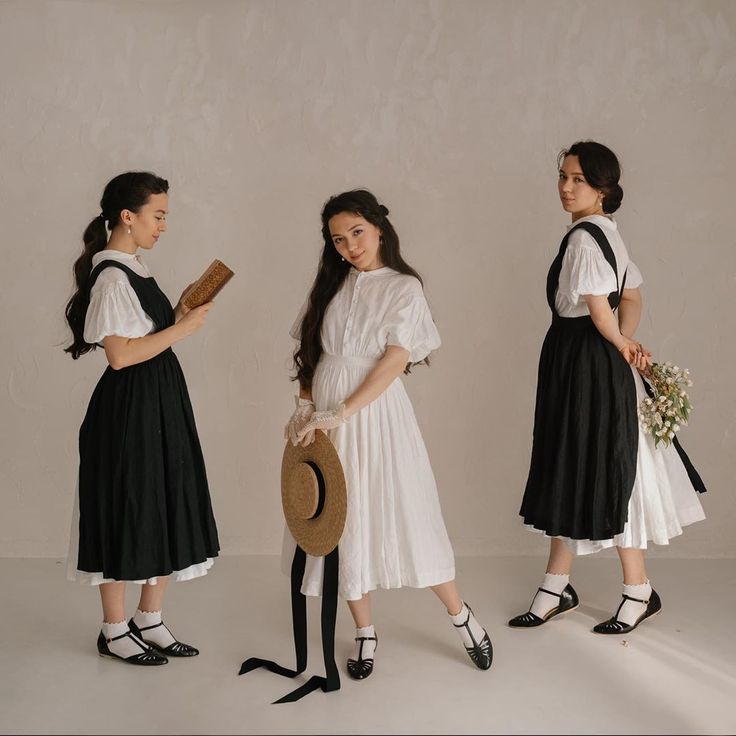