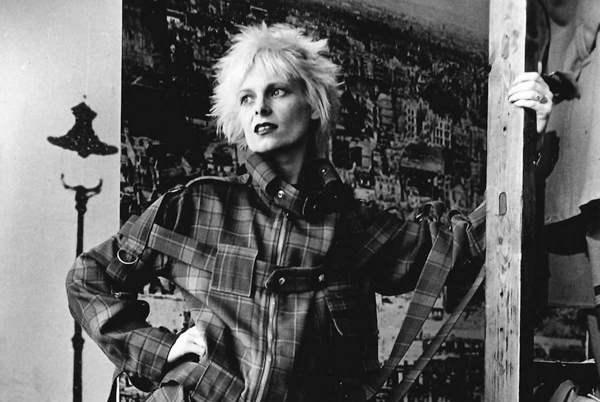 We know what you’re thinking. And yes, the Editor-In-Chief is British so we have a British bias. But hear us out because this is important! Japanese street fashion in all its extravagant ways did not come to be the way that it is in a bubble. From the 1940s, Harajuku had an international community which led to significant influence on the creative scene. The combination of imported goods and wide eyed Japanese youths proved to be a major success, and now we have come to know Japanese street fashion as a fashion force to be reckoned with. When looking at the various influences that came to shape Japanese street fashion and the area of Harajuku, references to London and British designers are mentioned frequently. Shoichi Aoki, founder of celebrated magazine FRUiTS, cites Christopher Nemeth and Vivienne Westwood as notable influences. From London to Tokyo, let’s get to know how cross cultural influence helped to form Japanese street fashion as we know it today.

When you think of London street fashion, your mind probably goes straight to punk. Punk is probably the most well known subcultural style to date. Originating in the 70s in New York, punk quickly rose in popularity in the UK and the fashion and music came to define an era of rebellious teenhood. British punks took the we-don’t-care attitude from the New York punk scene and ran with it. Punk became a symbol of anarchy and dissatisfaction with the status quo. It was more than just a fashion, it was a movement. But of course, fashion was just as important!
Punk fashion was more or less established by the time the 1990s rolled around (think safety pins and ripped denim) but the initial rebellious spirit remained pervasive. Japanese youths in the 90s had a disenfranchised feeling due to the collapse of the bubble economy and needed an outlet for their frustrations. When looking at FRUiTS images from the late 90s and early 2000s it’s clear that punk held a strong influence. From the hairstyles and ripped jeans, to the British flag motifs, punk culture had found its way to Tokyo. 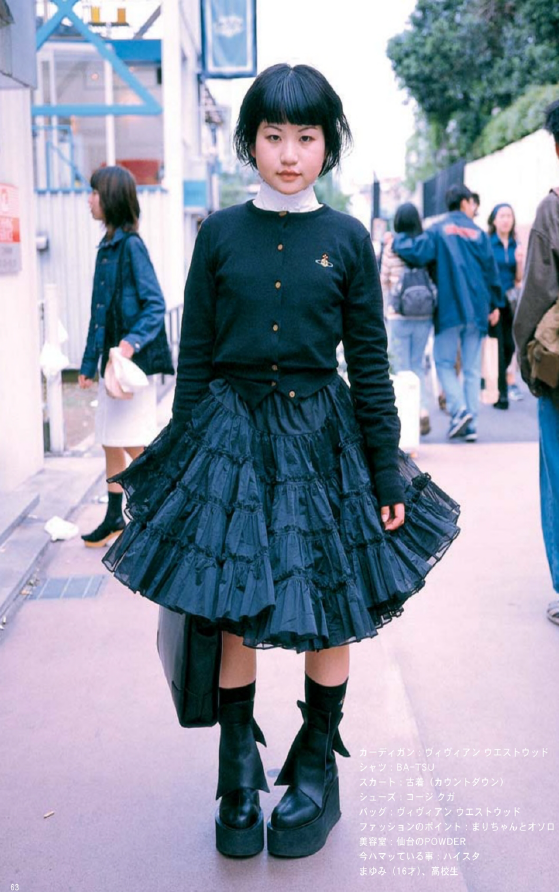 On the forefront of the punk fashion scene in the 1970s were Malcolm Mclaren and Vivienne Westwood. Their shop “SEX” sold cutting edge, punk designs that became progressively more and more antagonistic. These pieces were a staple of Japanese fashion enthusiasts in the 1990s. Although Vivienne Westwood was a punk fashion figure, her influence on Harajuku can also be seen in early iterations of Lolita style. Lolitas wearing outfits we now call “Old School Lolita”, often accessorised with Vivienne Westwood bags, hats and jewellery. Perhaps at the core of the “Bibian craze” was the message of revolt. Harajuku fashion has long been seen as a way to rebel against Japanese conformity and Vivienne Westwood’s designs carried that rebellious energy.
Another British designer that impacted Harajuku in the 1990s was Christopher Nemeth. He created his own clothing line from upcycled materials which immediately became popular in London. He then decided to move to Japan after meeting his wife-to-be Keiko at a John Galliano fashion show (talk about a match made in fashion heaven!). His designs continued to gain momentum amongst the Tokyo youths for their handmade, repurposed aesthetic. 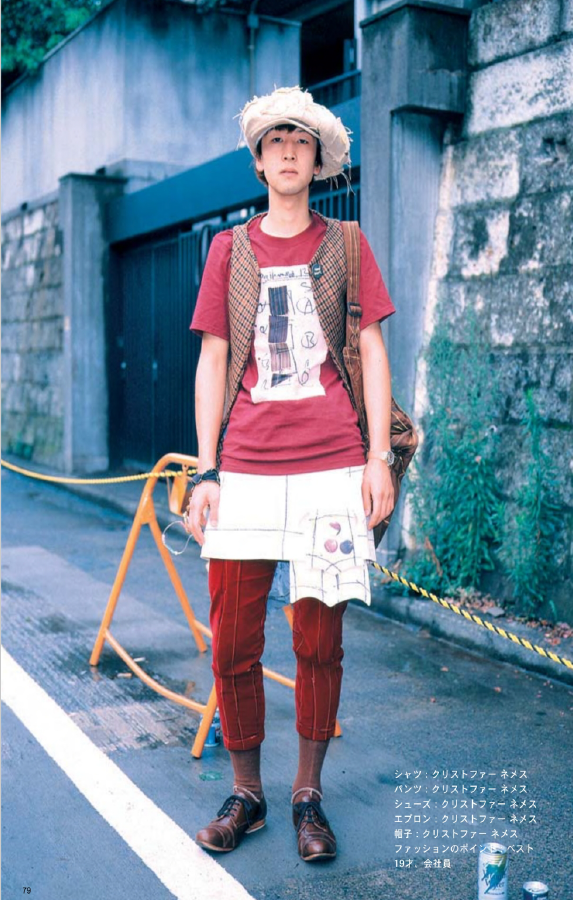 The most well known documenter of Harajuku’s fashion crazes is Shoichi Aoki, the founder of FRUiTS magazine. This may come as a surprise but even the idea behind the celebrated magazine is rooted in London’s influence. The idea and format of a street snap publication was arguably popularised by FRUiTS, but in fact, the first street snaps were taken by i-D magazine in the 70s. They wanted to capture the punk movement on the streets of London in their most natural form. These “straight ups” as they were called, became the visual template for Aoki’s street snaps in FRUiTS.
Additionally FRUiTS wasn’t the first street snap publication Aoki produced. He actually started with STREET magazine. Aoki initially created STREET magazine in order to bring the idea of the liberated street fashion he saw on the streets of cities like London, New York and Paris, to Tokyo. At the time the prominent trends in Tokyo were designer and character (DC) brands since the idea of wearing non branded fashion was considered unfashionable in Japan. In a recent interview with Aoki, when asked about London’s influence on his work he was quoted to say,

“It all started from the influence of the streets of London. Secondhand clothes weren’t seen as fashionable in Japan, but the culture of young people buying and styling secondhand clothes in London’s Portobello and Camden markets arrived here. There was a definite moment when that type of fashion rose in popularity.”

Some people say that Londoners and Tokyoites are similar, and now you have proof! London’s impact on the Tokyo fashion scene in the 1990s and 2000s is clear. Nowadays fashion’s influences come from every corner of the globe thanks to the prominence of social media. With a quick Google search you can get visual inspiration from anywhere! In a full circle fashion moment Aoki has returned to take street snaps of people in London. Maybe we will once again see hints of London fashion on Tokyo’s streets.

Written by Choom.
Featured image courtesy of The Rake.