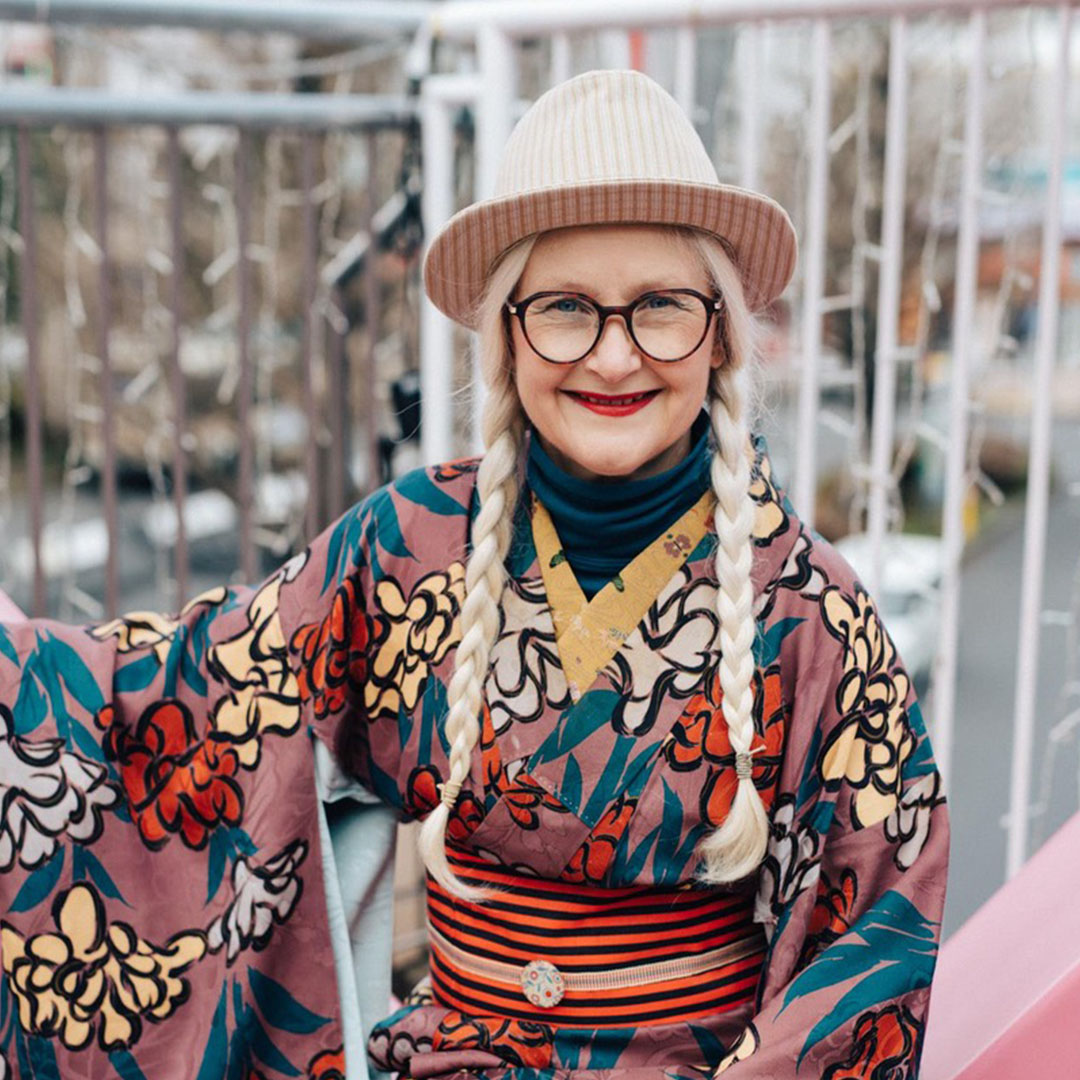 Sheila Cliffe, better known as Kimono Sheila, is a world-renowned kimono stylist, author, and researcher based in Tokyo. One of the first foreigners to hold an official kimono dressing and teaching license, Kimono Sheila wears kimono on a daily basis and delivers lectures about them across the world! In 2017, Sheila published The Social Life of Kimono: Japanese Fashion Past and Present (Dress, Body, Culture), a book meant to challenge the perception of this national costume as highly gendered and resolutely traditional. In addition to her long list of achievements, Sheila proves that anyone can wear kimono respectfully.

What are some of your inspirations when it comes to kimono styling?

I love both colour and pattern, so I’m often inspired by walking through kimono shops with antique kimono, by old photographs and collections of stylish kimono from Meiji to the Taisho and early Showa period. I also like the design work of Nakahara Junichi, and he did some stylish things with kimono in the 50s. I’m inspired by the seasons too, and I often use the seasons as a resource when I am dressing. Akira Times is a big influence, though I do not coordinate in exactly the same way that he does.

Which is your favourite era of kimono?

Gotta be Taisho for the explosion of colour and designs, but slowly I am moving towards Showa I think, which often has style in simplicity. 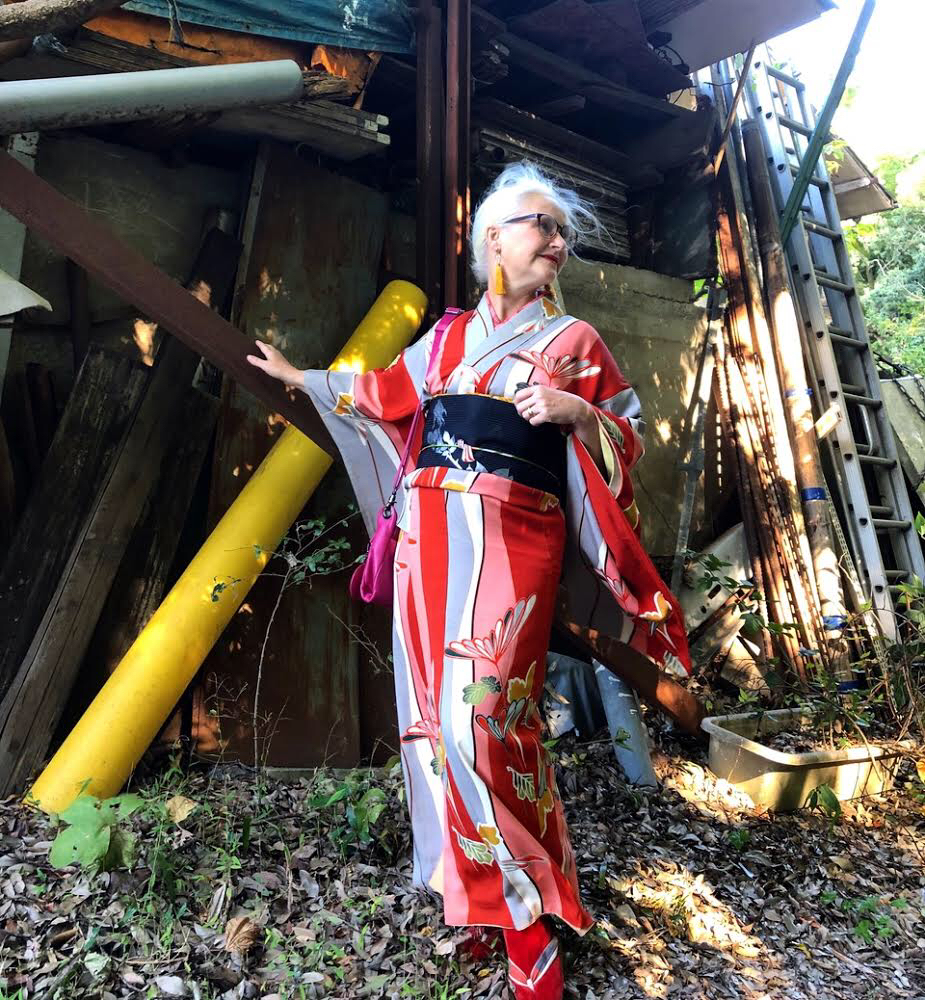 Many people outside of Japan view kimono as something that has to be worn in a strict and traditional way. Why do you think that is the case, and what is your own stance?

This is certainly true. Because people outside Japan are not attuned to what is happening within the kimono world, it is not easy for them to detect the subtle changes of fashion. Most people outside Japan tend to think of kimono as unchanging tradition, not realizing that kimono has always been changing and that it continues to do so. After my book was reviewed in an English language newspaper, someone made a comment that was like “Trust a foreigner to come along and suggest changing something that has been working fine without changing for generations”. My whole point was to demonstrate that that way of thinking is a myth and that it always has been changing. It doesn’t need me to come along and change it. I have no power to do so. It is adapting slowly to what Japanese people today want to wear and it is a natural and inevitable process, just as change in language is. 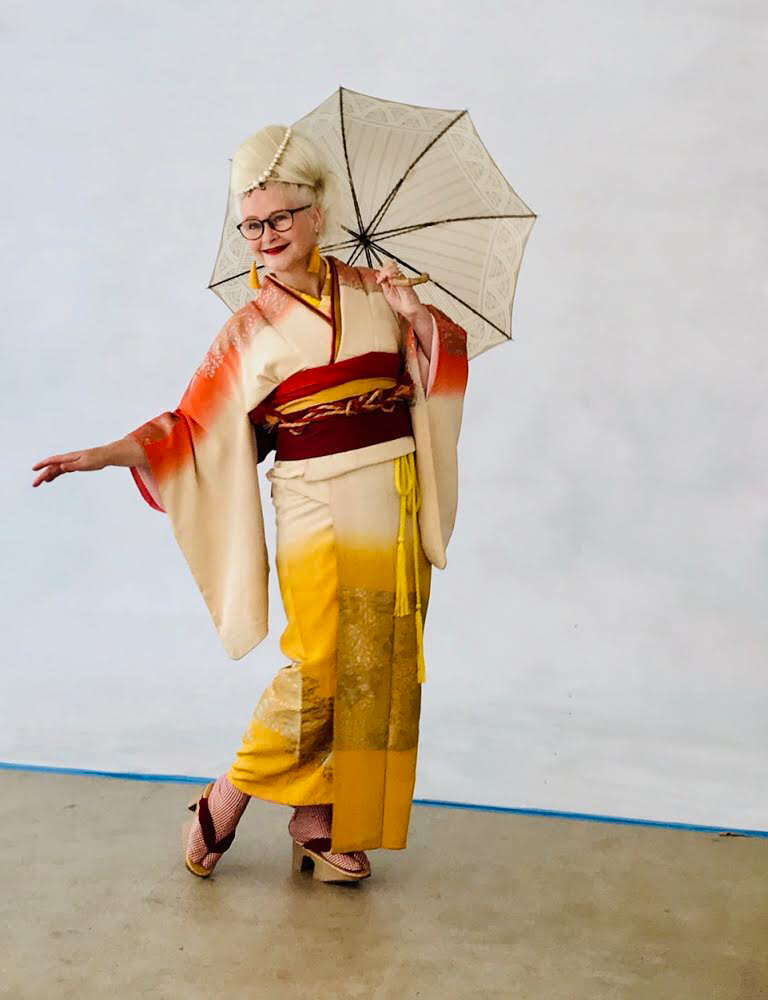 In an interview with the BBC, you shared your thoughts on Kim Kardashian’s “Kimono” controversy. How much impact do you think this incident has had on the kimono-wearing community?

Some people have argued that it gave an unnecessary boost of fame to the Kardashians in Japan. I think that this is unfortunately true, but I have never seen so many kimono lovers react in such a unified way to stop something that they didn’t like before. It was great, and I think it was a very positive thing. They actually made a change and that was important.

Do you have any advice for anyone thinking about wearing kimono for the first time?

Study the basics first and make sure you tie the koshi himo tight. Ignore anyone who is bashing or looking you up and down. You are allowed to wear kimono badly, just as you are allowed to wear western clothes badly. You have to go through the bad to get to the good. Good takes practice. Enjoy it and keep practicing. It doesn’t need to be fancy or expensive. You can mix it with your ordinary clothes, shoes, and accessories. Enjoy being creative with it. 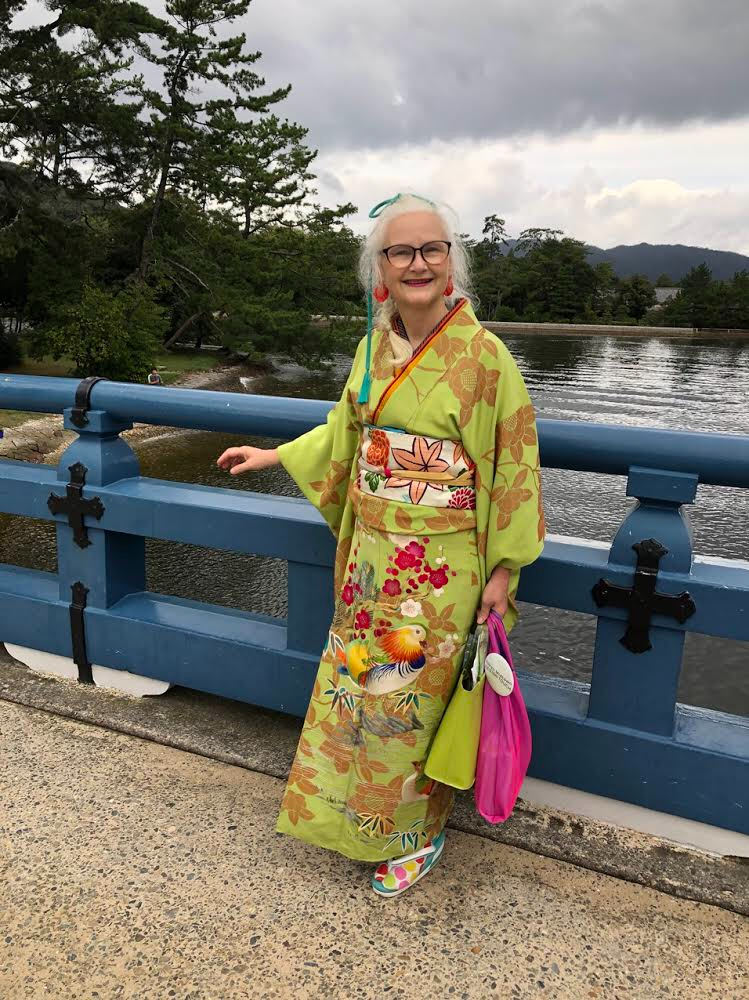 Plenty of accessories are important to make lots of outfits from few kimono so:

1. Lots of coloured collars. They don’t have to be silk—15cm of dressmaking fabric is fine.

2. Obidome. These don’t have to be coral, or precious metals. You can make them at home with chopstick stands and backs from Tokyu Hands. Cheap and cheerful is fine.

3. Obijime and belts. These also add colour to outfits.

5. Hats, gloves, and boots for winter. Style it up and look like a modern girl by adding cool boots or hats to an outfit. Works every time.

Kimono can be a lot of fun. Enjoy it and express yourself. Good luck on your kimono journey.

Questions and introduction by Cora.
Featured image courtesy of University of Arts London.