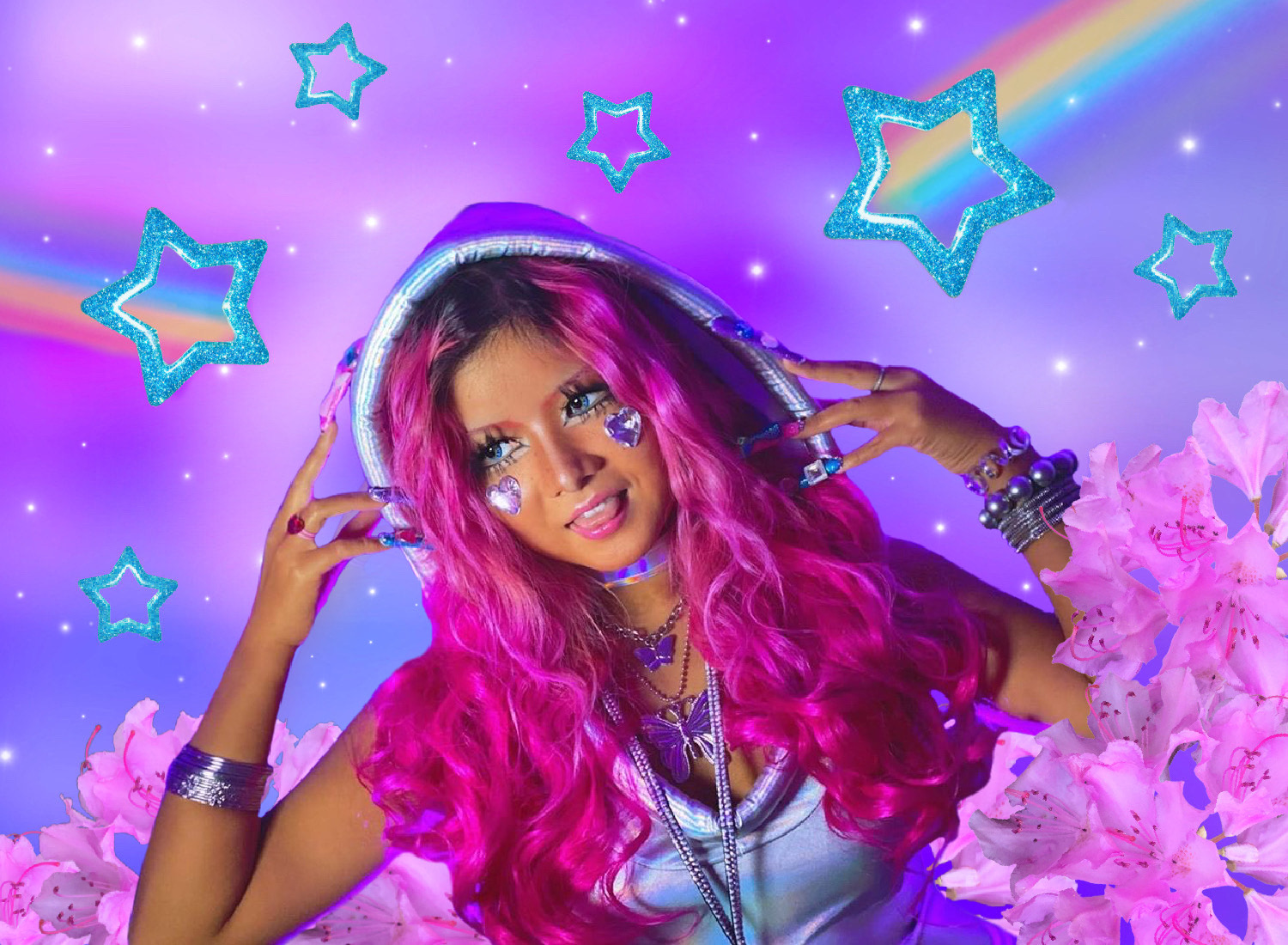 Say hello to Dede, a spacey fashion girl with dreams of living in the future. When she’s not creating make-up tutorials or appearing in music videos, she’s perfecting her very own fashion genre: cyber gyaru. Dede takes inspiration from the neo-gyaru culture of the early 2010s and cyberpunk anime fashion to give the community a completely new take on street style. Check out our interview with this fashion trailblazer!

Hello! I’m Dede, a cyber gyaru from the near future (I came by bicycle!)

How would you describe cyber gyaru style and what drew you to it?

In a single phrase, “futuristic cyber gyaru”. It is a combination of cyber fashion and gyaru. Now that I think about it, I got into cyber gyaru because I happened to see an interface headset like the one Ayanami Rei from Evangelion wore when I first became a gyaru and I thought it was cute. I remember thinking that it would be so kawaii to add a mechanical element to gyaru! (By the way, I’m a bit embarrassed to say it, but I’ve never watched Evangelion.)

Who or what inspires your style?

Alisa Ueno—she helped make neo-gyaru popular. I discovered neo-gyaru because of her, then I discovered gyaru, and then I gradually developed my own genre. 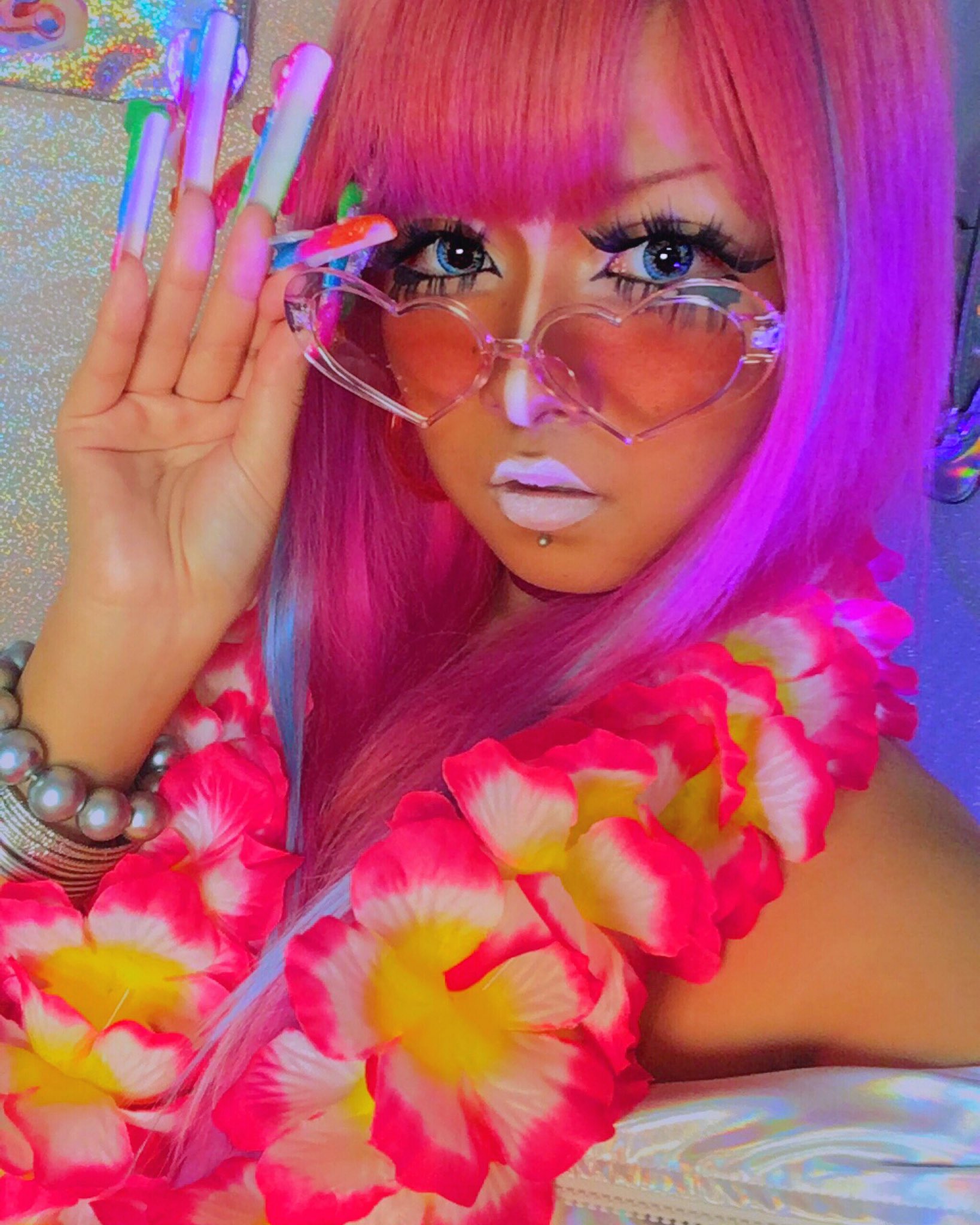 How has growing up on the internet shaped your style?

In the beginning, you found out about neo-gyaru through the internet (I literally stumbled on it because of a Google image search). So if I didn’t have the internet, I wouldn’t have discovered gyaru. I wouldn’t have had the chance to come in contact with the now endangered gyaru in my everyday world. I’m so happy that I had the internet and came across gyaru.

Cyber gyaru falls right between two distinctive styles (cyber and gyaru). Do you feel like you are a part of either fashion community? Or are you something new entirely?

I believe that it’s something completely new. I’m constantly aware that [I’m creating] a style that should be perceived not as “cyber” or “gyaru”, but as “cyber gyaru”.

You recently created a YouTube channel where you have everything from vlogs to make-up tutorials and mukbangs. What motivated you to join the platform?

I feel like YouTube is the best place for content to be seen right now. I’d originally planned to go to America for 3 months from April, so I thought I’d use that as an opportunity to start [making content]. I couldn’t because of COVID-19, but I still really felt like I should still start my YouTube channel. I was really worried about video editing but I joined anyway. I just thought it would be great to tell [people] about myself.

You appeared in a music video alongside musician PiNKII. How did that come about? Are there more music videos in your future?

I got the invitation directly from PiNKII herself on Instagram. She told me that she thought cyber gyaru were amazing and that she wanted to become one. I’d really lucked out! I had a small following and I wasn’t very well known. It still feels like a dream even now. I definitely wouldn’t say no if I was invited to be in another video! 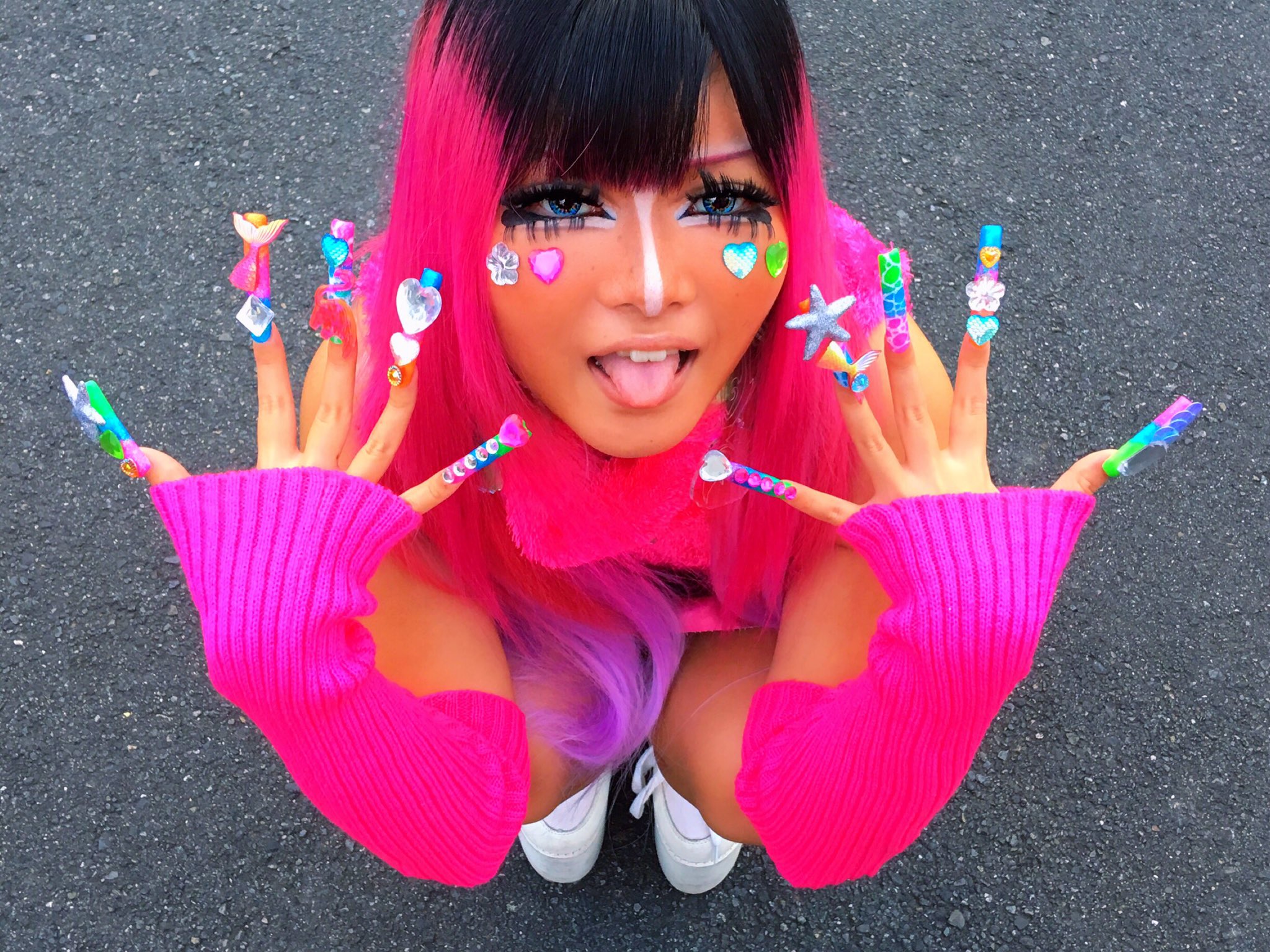 Tell us about being an illustrator. Where do you get your creative inspiration for your illustrations from?

The work I do under my alias is my main work, but the inspiration for the illustrations I do under “Dede” comes from toys from overseas. I really like them so there are times when I refer to them in my work.

As an illustrator, what is your dream collaboration?

What’s the last piece of culture that you enjoyed and why?

Lately, I’ve been trying to watch more movies. I especially look out for “grotesque” films. It takes stamina to watch each one, but they’re addictive—that’s why people watch them.

Thank you for reading my article to the end. I’m happy that you’re even a little bit interested in cyber gyaru. Thank you!