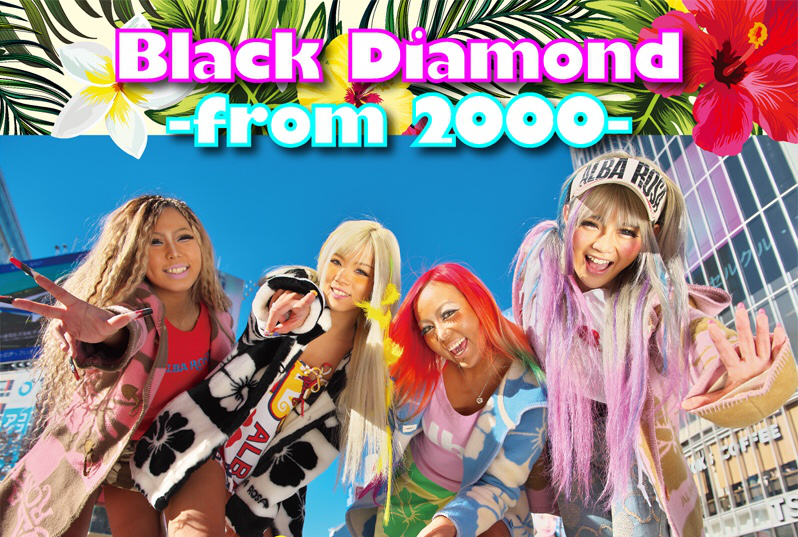 On 18 March, gyaru idol group, From 2000, announced that they would be disbanding after three years together. Their final performance is scheduled for 31 March. With their Eurobeat-inspired sound, and style made up of revealing clothing and heavy make-up, From 2000 stood out against all the other idol groups. Their disbandment will be a big loss for the idol scene.

Ao-chan, Maachirin and Runa decided to call it quits after realising that they would be unable to replace the members who had left. From 2000 was a venture by members of Shibuya-based gyaru circle, Black Diamond. The group concept concept was “2000s gyaru transported to modern-day Japan” and they brought para-para dancing, flashy gyaru style and a high-energy Eurobeat along with them! Their most popular song, “Choberigu Lucky♡Day”, even has a para-para dance routine that will be a great pick-me-up when you’re suffering from a bout of COVID-19 lockdown boredom.

If you’re bummed that you won’t be able to see them in the flesh before they break up, don’t be! Runa will be appearing at fetish bar, Decabar S in Shinjuku, so head down there if you’re looking for a tourist-friendly place with a fun open-minded atmosphere and cute, scantily-clad staff. And don’t forget! The girls are still a part of gyaru circle, Black Diamond and those chicks are always up to something interesting. The gyaru circle will be offering one-on-one Zoom time with fans on their website Shaberigu (loosely translated as “talking is good”) for a modest price.

We wish the ladies the best of wishes on their new journeys!