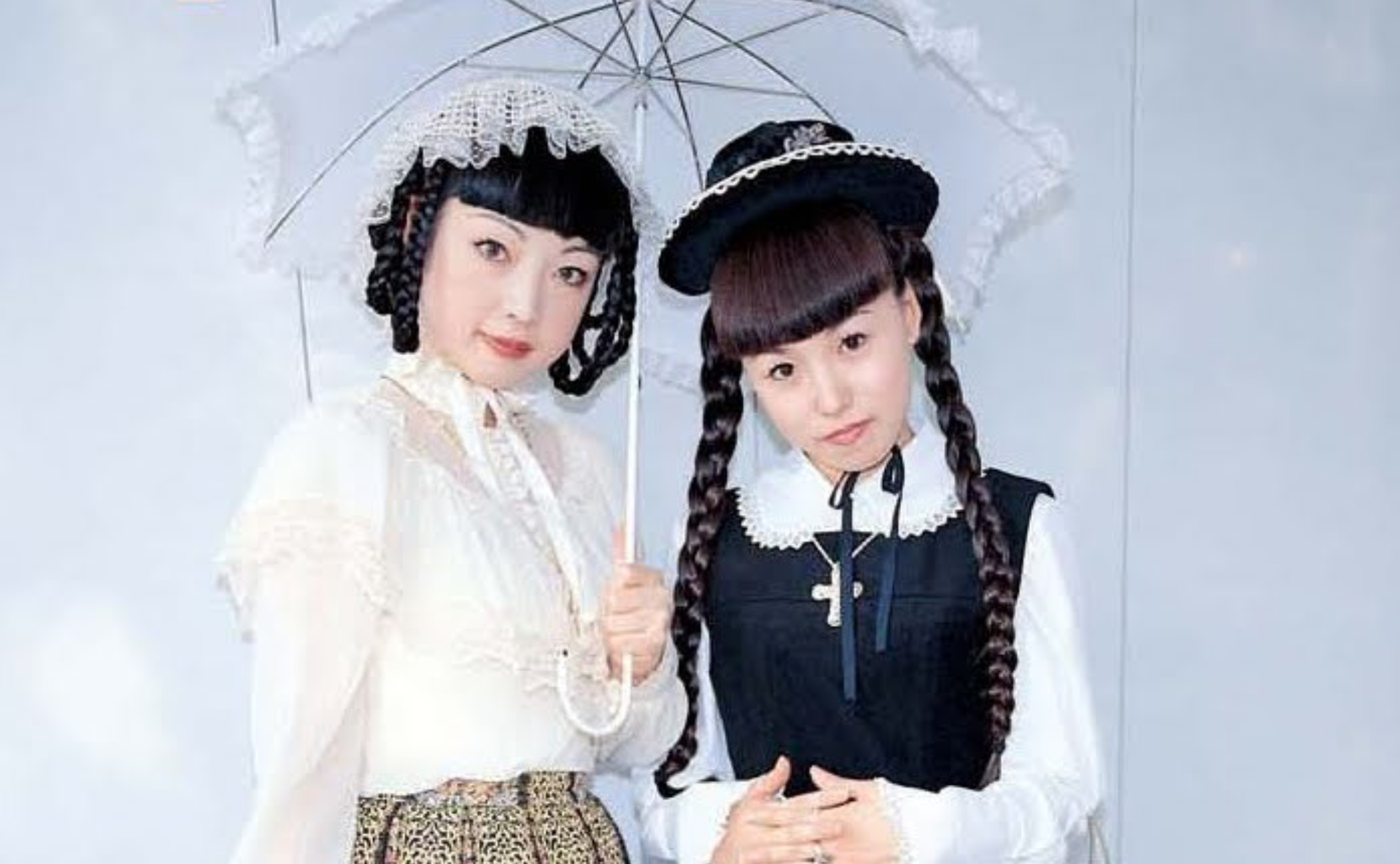 Gothic vs Classic: The Fascinating Duality of Lolita

Gothic Lolita and Classic Lolita are on opposite ends of the Lolita fashion spectrum. One is all about dark romance and boldness, while the other embodies ethereal, Rococo chic and grace. As two sides of the same coin, they make a great metaphor for human nature. We are creatures of light and dark, and nothing reflects that better than Robert Louis Stevenson’s The Strange Case of Dr. Jekyll and Mr. Hyde. In the classic Gothic novella, amiable Dr. Jekyll battles his monstrous alter ego, Mr. Hyde. Both men represent the internal struggle between our light and dark sides. Each loses the battle in his own way: Jekyll ceases to exist, while Hyde becomes a small, deformed person twitching on the floor and gasping for breath. So that begs the question, can light exist without dark?

Dr. Jekyll and Mr. Hyde, at a first glance, seem to have nothing in common except for the fact that they share the same body. Similarly, Gothic Lolita and Classic Lolita are as different as day and night. But the Lolita styles do in fact share some basic elements that are strictly adhered to—headpieces, blouses, dresses (or skirts), petticoats, bloomers, socks and round-toe shoes. Both are elegant—either in a bold or modest way—and share a love of European castles which they often make use of as photoshoot locations. And all Lolitas LOVE a tea party! But, most importantly, they are two street styles that emerged in Harajuku in the late 20th century. 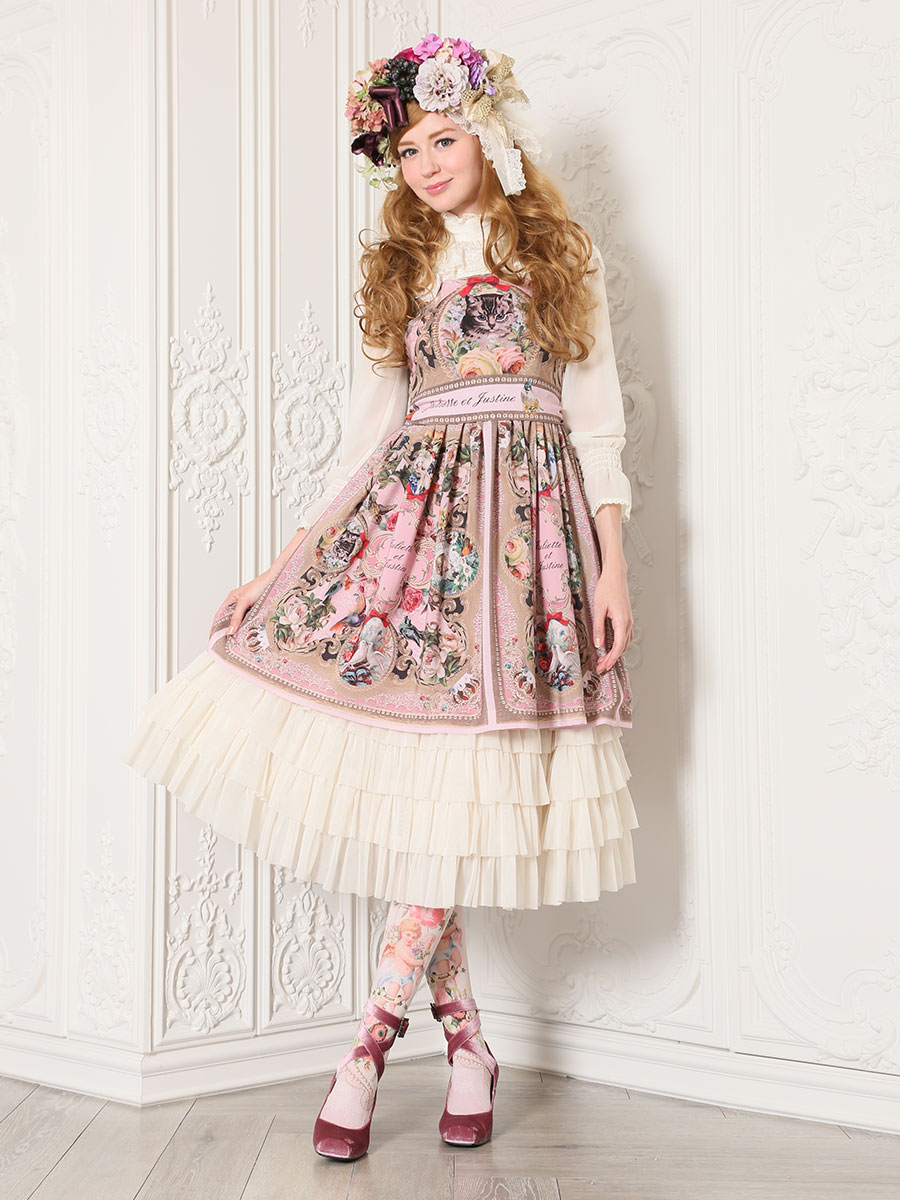 The visual similarities between Classic Lolita and Gothic Lolita is something akin to the “doppelgänger”. German for a double of a living person, it can indicate a ghostly or paranormal phenomenon forewarning of bad luck, or it can be something closer to an evil twin. Dr. Jekyll insists that “man is not truly one, but truly two”, which leads him to give form to his evil self, or doppelgänger, Mr. Hyde. In terms of Lolita fashion, it means that Gothic Lolita is the doppelgänger of Classic Lolita.

Incorporating wide A-line skirts, bright colours, and floral motifs, Classic Lolita is Lolita fashion’s theatrical interpretation of the Rococo aesthetic. The sub-style emerged alongside the rise of Lolita brands like Baby, the Stars Shine Bright and Angelic Pretty in the 1990s during the peak of the Rococo revival. Classic Lolita has always had a carefree and soft feel to it. It incorporates features such as florals, stripes, motifs like crowns, fleur de lis, crests, animals, and reproductions of old master paintings. More often than not, wearers of Classic Lolita are photographed reading books or listening to classical music in a European idyll. 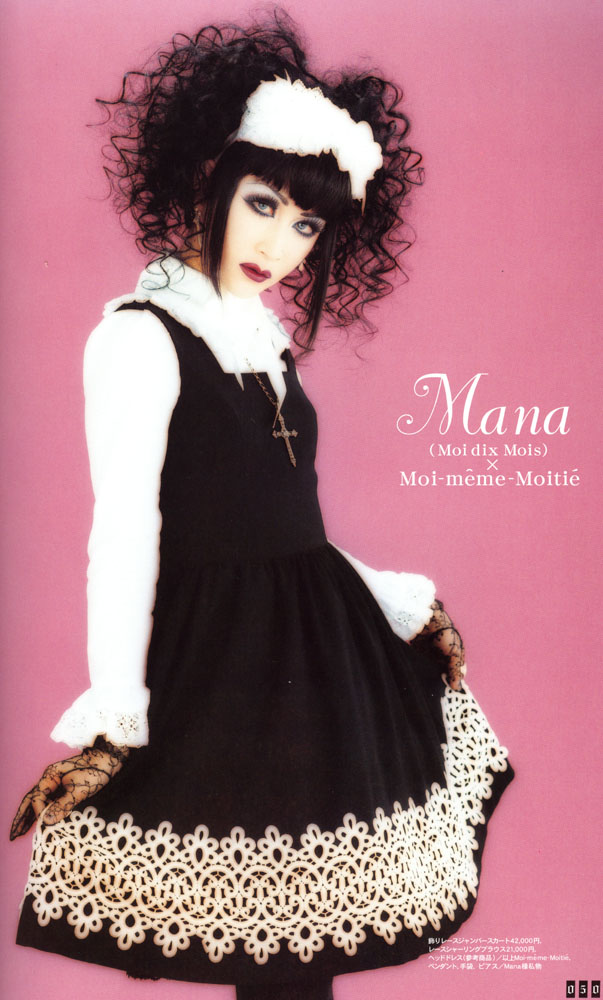 Gothic Lolita emerged as a way to explore and channel Lolita fashion’s dark side. Recurring motifs include religious imagery such as crosses, roses, and gothic architecture like churches and cathedrals, or stained glass windows. Lolitas were the norm at Visual Kei concerts back in the day because of popular Visual Kei singer Mana-sama from rock band Malice Mizer. The guitarist started calling his own style—dark, long Victorian-inspired dresses styled with heavy make-up and rosaries—Gothic Lolita and created his own brand called Moi-même-Moitié. The brand name can be loosely translated as “the other half of myself” which suggests an awareness that Gothic Lolita existed as a counterpoint to something else. Fans quickly adopted the style and Mana-sama became a seminal figure in the popularisation and definition of Gothic Lolita. Gothic Lolita’s adventurous and bold looks have become a direct contrast to the modest and noble Classic Lolita style. 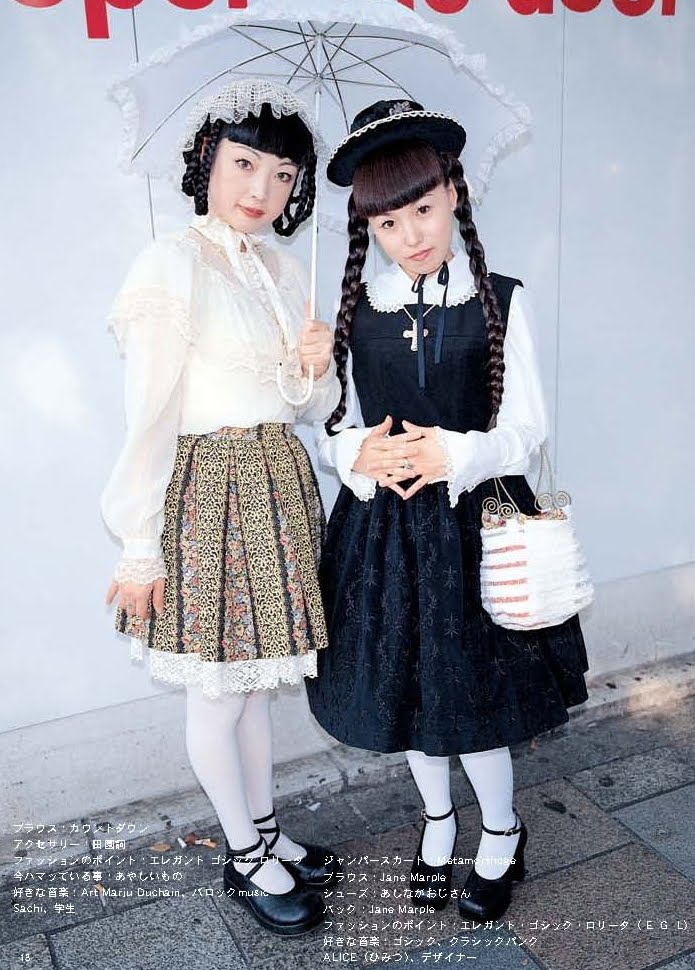 Gothic Lolita emerged so that people could explore the darker facets of the predominantly lighter Lolita fashion in the same way Dr. Jekyll’s transformation into Mr. Hyde served as an outlet for his thoughts. Gothic Lolita and Classic Lolita are both connected by the same basic silhouette, their European inspirations, and their love of tea parties. Being on distinctively opposite ends of the same spectrum helps us define their characteristics through differentiation from each other. And that makes it hard to think of one sub-style without the other—which leads us back to Dr. Jekyll and Mr. Hyde. If one died, so did the other—which is why Dr. Jekyll decided to commit suicide in order to get rid of the evil side he had lost control over. The natural development of both Gothic Lolita and Classic Lolita is similarly irreversible.

Gothic Lolita and Classic Lolita seem to be as different as day and night. But through their co-existence, they are able to validate each other. As two sides of the same coin, both need each other to remain whole.