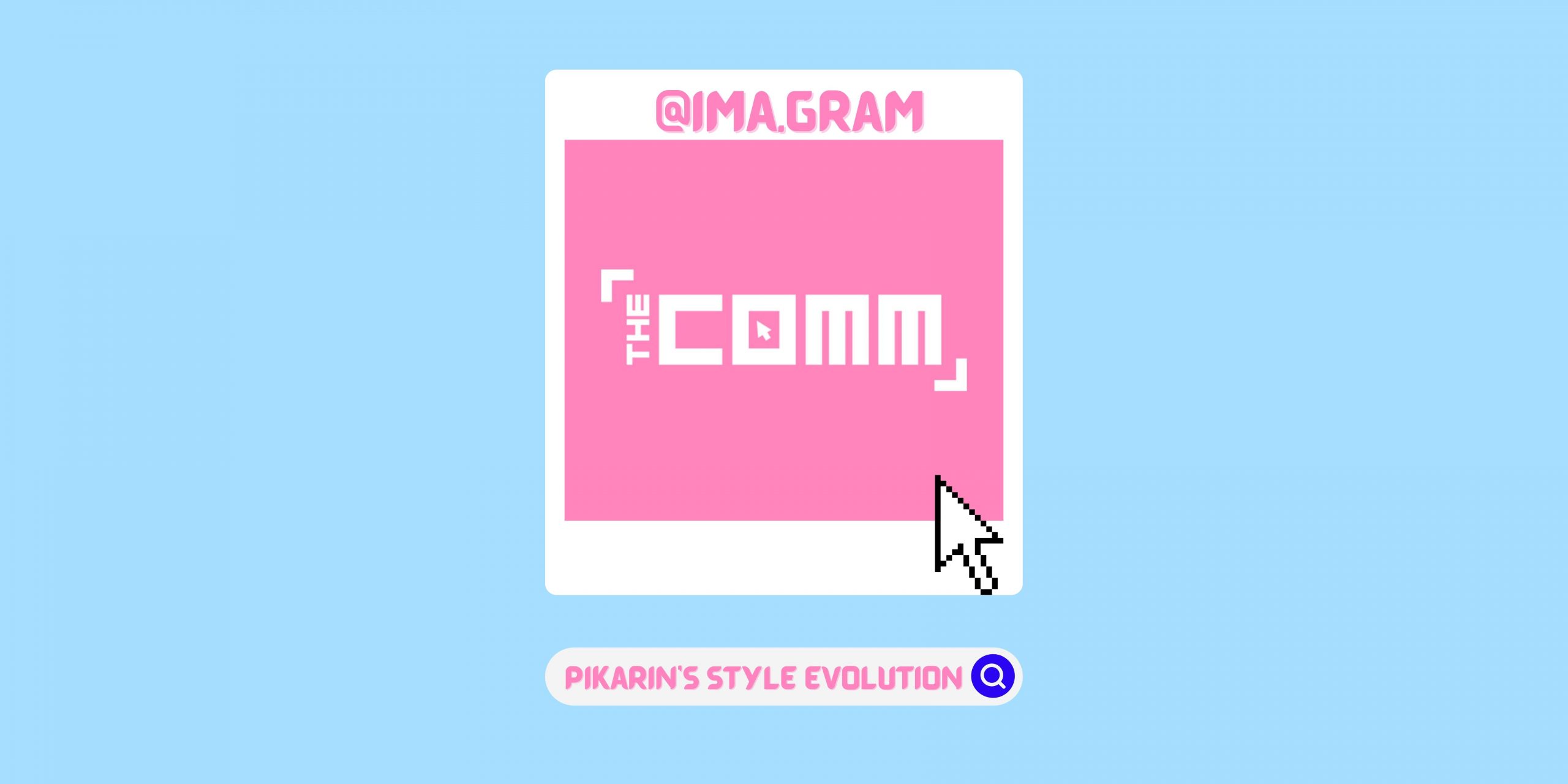 From Gyaru to Punk: A Look at Style Evolution with Pikarin

Fake eyelashes, Para Para, short skirts and loose socks. Not many other subcultures have such a defined iconic style as much as gyaru does! But there is one model pushing the boundaries of this style. Pikarin transformed her old schoolgirl self into an anime-loving gyaru, modelled for Kera magazine, and then started to sing death metal. Welcome to the world of Hikari Shiina, the demon from the Underworld!

Former hikikomori and horror movie lover Hikari Shiina had her gyaru debut as Pikarin in Ranzuki magazine in 2009. This ordinary school girl decided to make a full on gyaru transformation, swapping her simple look for long brown locks, tanned skin, denim shorts and tons of makeup. Her immediate popularity led her to model for Popteen and Egg magazine from 2010. Popteen dedicated pages to her love for Vocaloid cosplays, maid cafés and idol shops and she even appeared on different magazine covers including Egg and Men’s Egg youth magazine! Dancing in pink tutus and tulle ribbons to Kpop songs, Pikarin was also chosen to perform alongside other Popteen models at the Shanghai International Exposition in 2010. An otaku and gyaru crossover seemed like a concept everyone wanted to see! 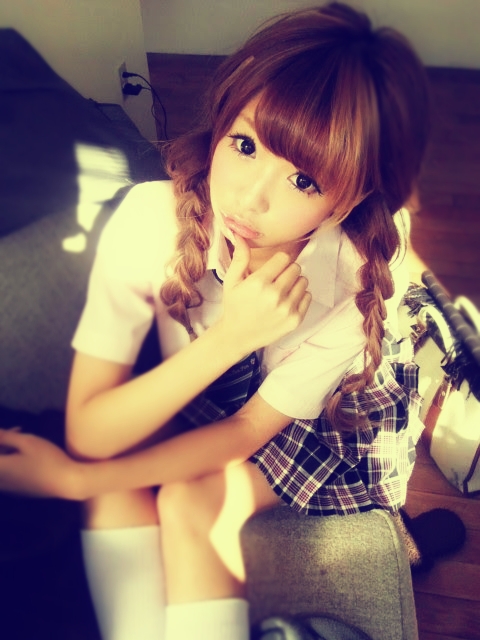 Image courtesy of gyarupoyo via Blogspot

But for Pikarin, an ordinary gyaru lifestyle wasn’t enough! Pikarin also incorporated anime elements and her own grotesque touch to the gyaru aesthetic. Her unique twist on the fashion and lifestyle earned her a several pages long feature in Popteen called “Instruction manual for Pikarin from the demon world”. Pikarin showed the world that gyaru can be cool and punkish as well! Her looks included burgundy hair, black leather platform boots, skulls and dark colours. Pikarin also introduced the readers to her own Death Note, which she later reveals to frequently use for people she has a grudge against. Through the stylistic combination of gyaru fashion and Cosplay items, she coined the term Ota-kei gyaru.

As a true Ota-kei gyaru, Pikarin’s next goal was to kick off her idol career. Debuting as a demon idol that came from the demon world, Pikarin posed in gigantic black wings and a revealing all-black outfit which was documented on Popteen TV! Her first single shinryaku Pikarin Densetsu was produced by famous Vocaloid song creator Hachioji-P. Her second single was even chosen as the theme song of the anime Donyatsu. With the launch of her idol career, she started to use Instagram to document her style evolution, posting photos from grotesque nail art that feature pentagrams and eyeballs, to selfies with big bugs resting on her hair. By 2015, her hair colour changed to black, and pills, knives and skulls became her fashion items of choice. She also started to appear as a regular model for KERA magazine, a move away from modelling exclusively for gyaru magazines such Egg or Popteen. 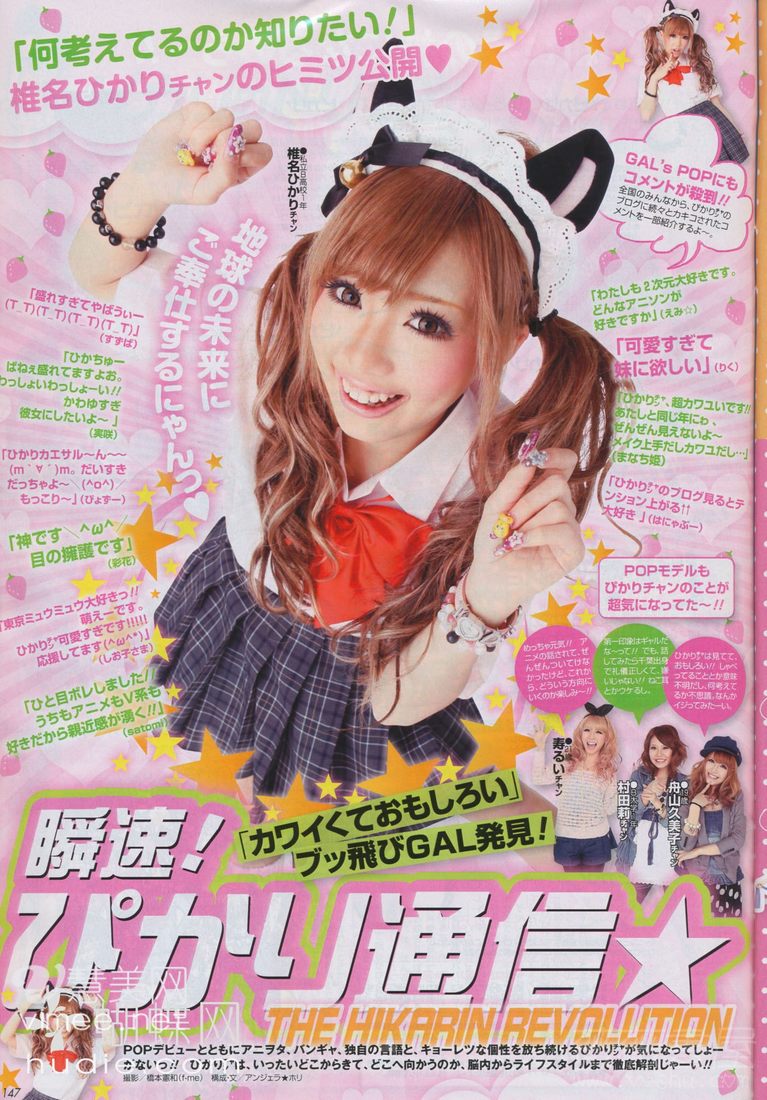 Image courtesy of gyarupoyo via Blogspot

Aside from Galaxxxy, she has also had collaborations with Hyper Core and Kingly mask, both popular Harajuku brands. The collaboration with Hyper Core was called “I want to be killed by Pikarin” and featured a creepy-cute anime version of herself covered in blood. After piercing her tongue, she started to explore different Visual Kei hairstyles and colourful hair, combined with fake tattoos and fishnet tights. Between 2017 and 2019, she had been on the cover of KERA magazine, featured in Visual Kei magazine Cure, and had a gyaru comeback with a feature in Ageha magazine rocking red wavy hair and gyaru makeup.

It seems like Pikarin has been on a wild ride to explore every corner of Japanese street fashion, making it hard to put our finger on what stylistic category her fashion belongs to. In recent years, she has been trying out Lolita fashion as well and has been working on her music career, exploring growling and harder rock genres. Her songs can be found on her own YouTube channel, where she frequently features her latest fashion purchases and lookbooks. From a traditional gyaru to a death metal idol covered in blood, Pikarin’s style has evolved in all different ways throughout the years. While it seems like she has changed, Pikarin said her fashion is coming from her inner self — whether it’s gyaru or makai (demon world). Even now she considers herself a hikikomori and Otaku gyaru from the demon world. She has had a big impact on gyaru fashion and she will surely continue to influence the Japanese fashion scene. 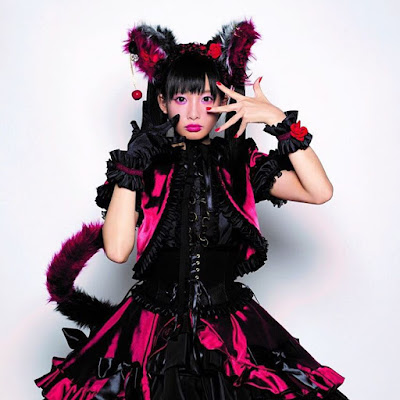 Image courtesy of japanese-idolsrock via Blogspot