Here’s a collaboration that none of us asked for, but thank god it happened! With promo for Doja Cat and SZA’s viral hit, “Kiss Me More”, well underway in Japan, three members of Egg magazine’s neo hip-hop group, Hanjaku Tamagotchi (Soft-Boiled Egg), have released their own take called “Kankeinai Joshi Danshi”.

In her feature for the July issue of the magazine, Doja Cat revealed that her style, particularly her makeup, was inspired by gyaru. So, in a roundabout way that kinda makes Doja Cat canonically gyaru! Gyaru is more than just the look, it’s also the mindset! So while this “LA gyaru” may not look like a typical gyaru, she epitomises the lifestyle. 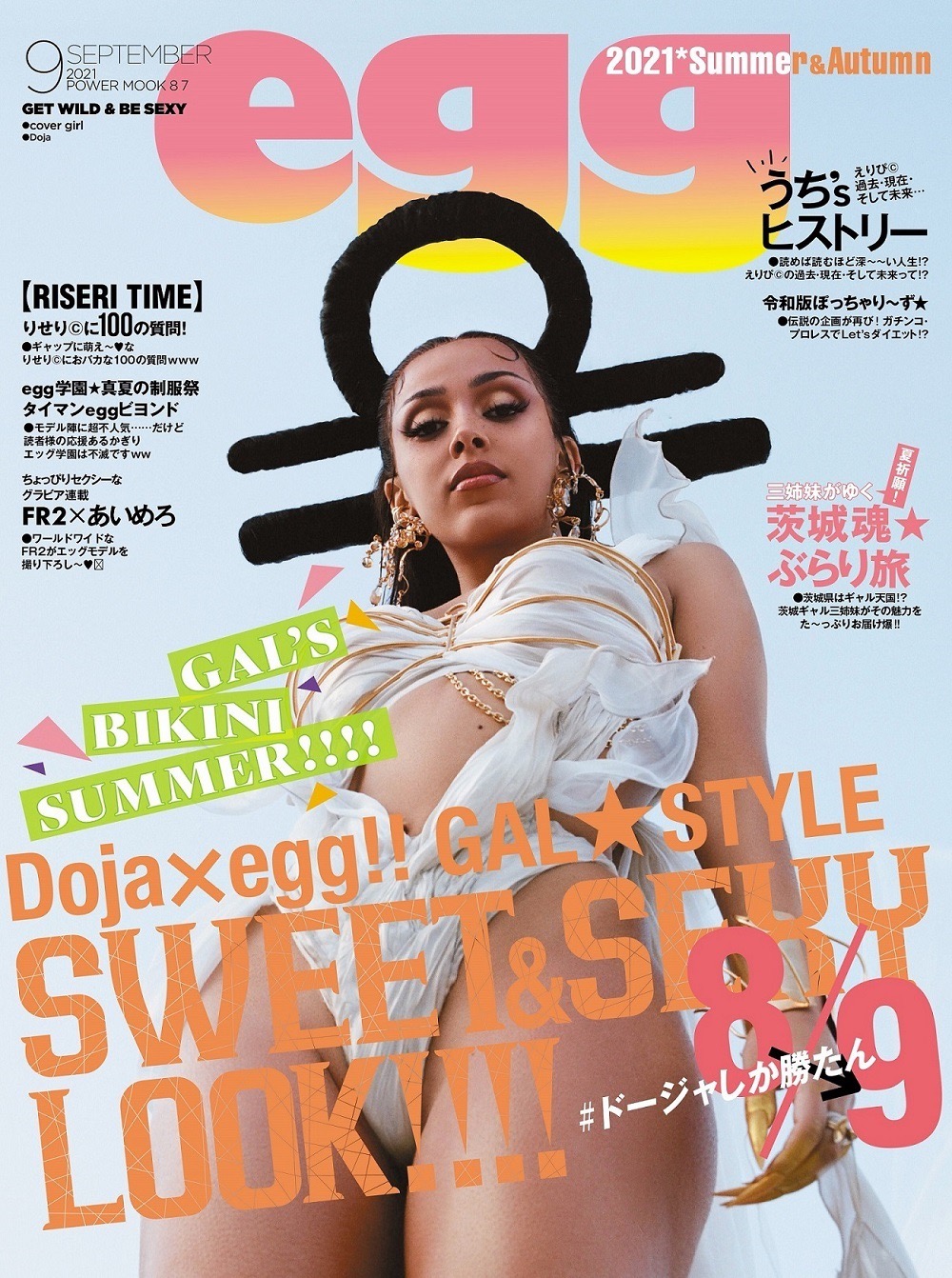 In this 2000s-meets-60s-meets-vaporwave-themed video, Momoa, Eripi and Yuchami, dripping in iconic early 2000s gyaru fashion staples, belt out a banger. Switching between a karaoke booth, Shibuya hotspot bar Flamingo, and a glamorous bed scene, this video combines the heydays of gyaru with today’s post-2019 Reiwa gyaru.

With a well-produced song and video, the Soft-Boiled Egg girls are definitely one to watch! Which celebrities in your country do you think have the gyaru mindset?