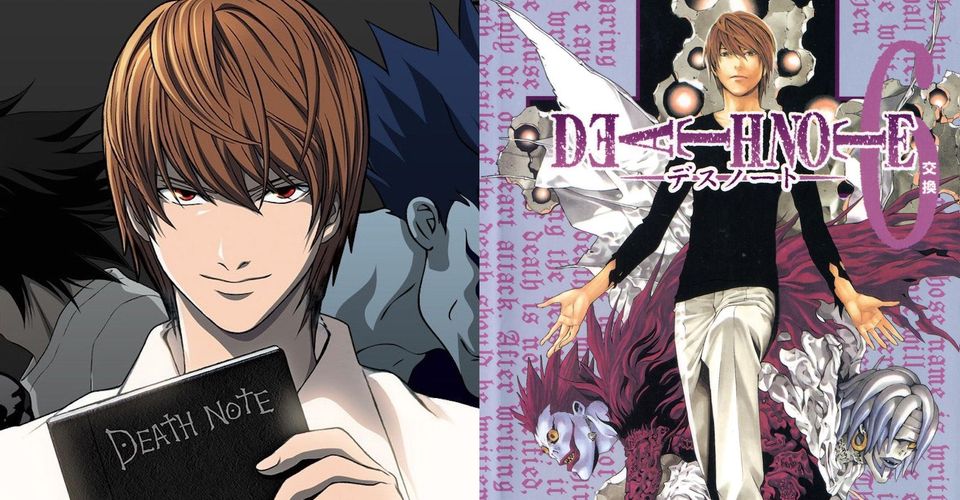 A high schooler on a mission to cleanse the world of evil. A world-renowned detective ruthlessly hunting down a suspect. Who knew that a cat-and-mouse game between a boy genius and a socially inept dessert-lover would become one of the most popular manga ever? Light, our protagonist, finds the death note (a supernatural notebook which kills anyone whose name is entered in it) and begins playing God by killing criminals in an attempt to form a utopia. He is accompanied by the original owner of the death note, a fly-on-the-wall, sidekick shinigami (death god) called Ryuk. At first glance, it’s a story of good versus evil but pay closer attention and you’ll see that everything is not as it seems.

On the outside, straight-A student Light Yagami seems perfect: he’s hardworking, great at problem solving, popular with his peers, and adored by his family. But inside he loathes the world. After finding the death note, Light wastes no time purging the rotten world of criminals. Striving for justice by ridding the world of the most evil people is something all of us understand. But Light’s totalitarian God-complex quickly corrupts him. Killing criminals makes Light just as evil as the criminals themselves. Interestingly enough, Light recognises that, “If Kira gets caught, he is evil. If Kira rules the world, he is justice.” And anyone with the potential to expose him as “Kira” (the name Light was dubbed by the press) is murdered. Some fans say that he was a sociopath from the get-go. 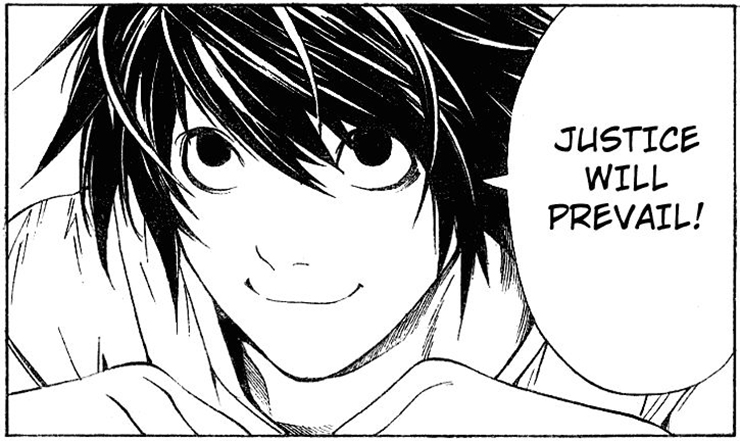 L enters the manga as Light’s perfectly matched foe. One of the most intelligent detectives in the world, he’s called in by the Japanese police to investigate “Kira”. L and the police, supposedly on the side of justice, go on the hunt to catch “Kira”. But, L’s by-any-means approach leads to questionable choices in his attempt to “restore justice to the world”. His good intentions are clouded and his approach to catching the killer becomes misguided. He has no qualms about sacrificing criminals, staging kidnappings and encouraging torture. Maybe L is more like “Kira” than we think. Everything is a means to an end, but is it justice he wants or another impossible case solved? Who treats life like a game and lacks human emotions? Usually the bad guy. But L’s the good guy, right? L may be better than Light in many ways but even good guys struggle in the grey area of morality. 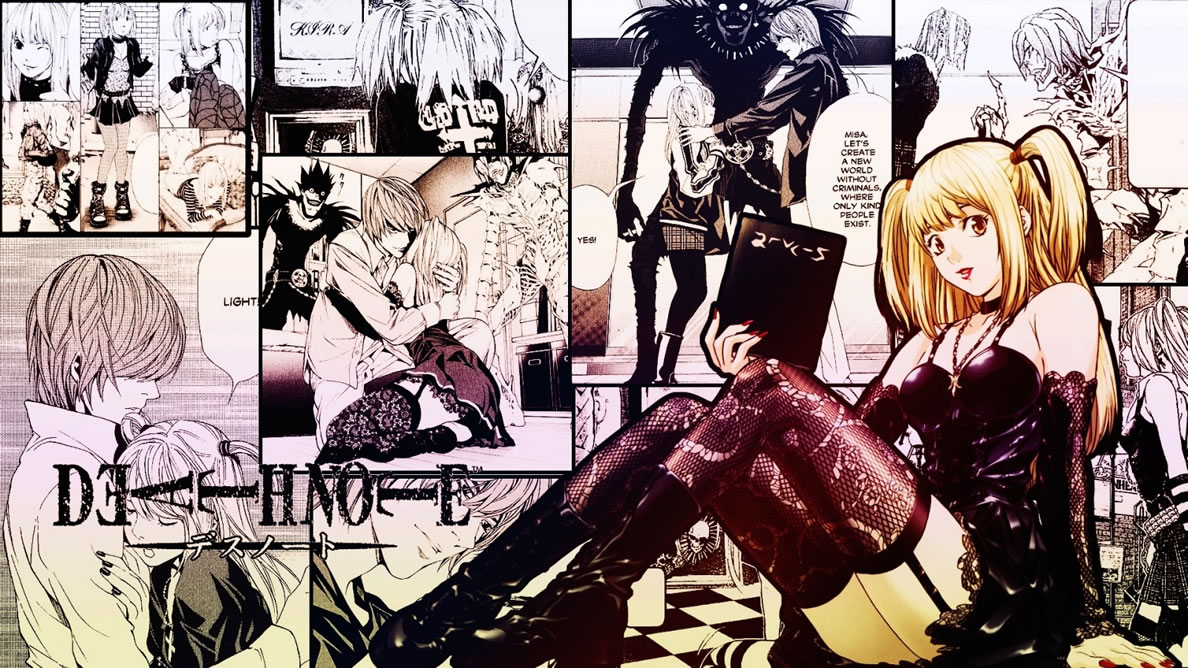 Another character caught between right and wrong is Misa Amane, Light’s follower and pretend girlfriend. She’s a much needed fun-loving character in such a high-tension manga, but even her cheerful disposition has a tragic backstory. When she discovers that the criminal who murdered her parents was killed by “Kira” aka Light she dedicates herself to him. Her obsession with him is borderline cult like. She becomes Light’s in-public-only girlfriend and he has her under total submission. She even goes as far as killing for him. Not once does she ask if this is justified or who the enemy is. Should we forgive her misdoings because she had been radicalised by sociopathic Light? Even if we do, there’s still blood on her hands.

“Nobody can tell what is right and what is wrong; what is righteous and what is evil. Even if there was a god, and I had his teachings right before me, I would think it through and decide if that was right or wrong by myself.”

Is murdering criminals the same as bringing justice to the world? Light Yagami was amoral and power-hungry before the death note fell from the sky and into his hands. L cared more about winning than doing the right thing, and Misa got a raw deal in life so her sense of right and wrong was corrupted because of it. What keeps this manga’s protagonists and antagonists going is their undying belief in what they are doing. Not every story is about good versus evil, but there are very few stories that play off slightly less bad against really bad. Death Note is so gripping because the main characters think they’re virtuous, but behave exactly the same way the villains they despise do.

Light and L were equally matched rivals in a game of wits. Death Note asks the uncomfortable question of what does it mean to be good? Wouldn’t you be tempted to carry out your own version of justice—one criminal at a time—if a death note fell into your hands? (But then again, maybe you would just take a potato chip…and EAT IT!?)