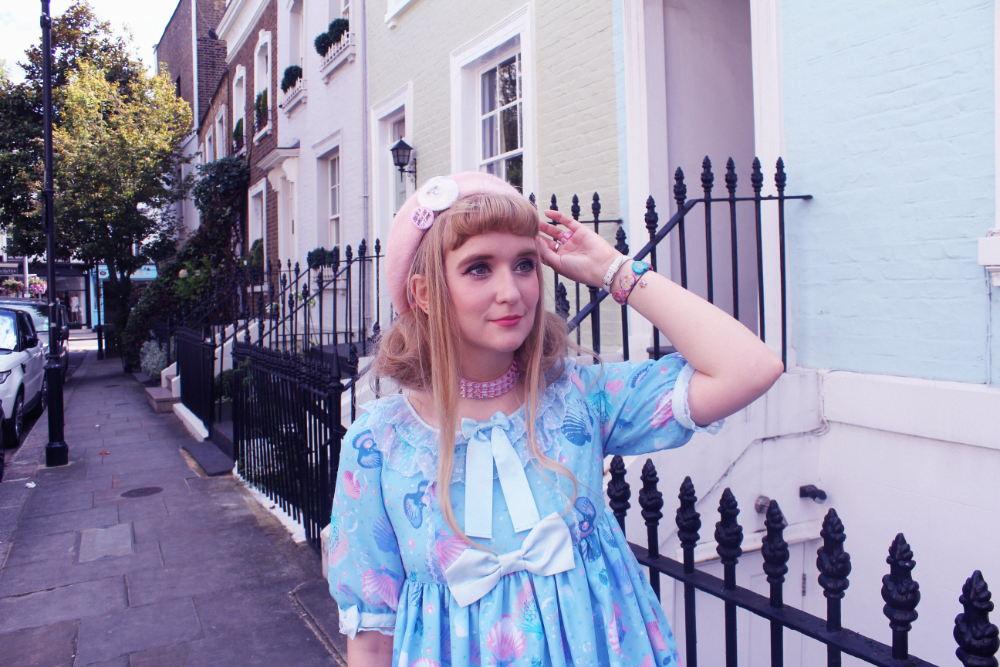 Charlie’s style says a lot about her character. Her clothes give off a vibe that is very soft, sweet, and very lovely, and that’s exactly what Charlie is! A lovely, fun person with fantastical, whimsical style. Every day is a chance to try out a new style but there are often recurring items to her outfits, which she says makes her feel kind of like a cartoon character. Think Velma’s iconic orange get-up or Marge’s large blue ‘do. See a beret-clad blonde on the streets of London? It’s probably Charlie!

She’s also a part of the coolest girl gang in London, The Fancy Ladies Club (@fancyladyclub), a group of amazing girls who are all equally fashionable and colourful (can we join please??). Wearing anything from Lolita fashion to denim, all her outfits are comfy and cute!

Describe your fashion in 3 words!

“Heart On Sleeve”—I wear my feelings, which I think explains why my style often shifts a lot. I’m very emotional about clothes, so I pick things that make me feel a certain way rather than picking things that necessarily look good! I’m super driven by nostalgia in my style, which is why there’s a lot of colours and characters and things.

How has your style changed over time?

Comfort! I used to be happy to sacrifice feeling comfy in order to look stellar, but I’m not happy now unless I’m super comfy. If there’s anything that’s excessively tight or itchy, it mysteriously disappears from my wardrobe, and part of the reason I love platform shoes is they still have impact, but I can walk and run in them for days. I think over time I’ve also learnt not to hide behind fashion. I think often if you wear big, big looks, your personality can get eaten by it a little bit. I’m trying hard now to make sure I try to shine first, and my clothes shine second. I want my clothes to give me confidence, to project how I feel on the inside to the outside world, but not to become too much of a crutch like they maybe did when I was a teenager.

What is your connection to Japanese culture? How did you discover it?

The discovery part is basically the boring classic answer—“Oh I read manga as a teenager and watched Sailor Moon and Cardcaptors as a kid”. I remember buying a t-shirt with Lum from Urusei Yatsura on it from a skate shop where I grew up and I had no idea what it was but I thought it was literally the coolest thing I’d ever seen. I wore it, arguably, too much. The t-shirt was sort of a catalyst into finding out more about Japanese pop culture, embarrassingly. I wish I had a cooler answer. I also got pretty into runway fashion as a teenager, which segued into learning about the street fashion scene in Tokyo at the time, so the love of pop culture and comics clashed with that.

If you only had one day to spend in Tokyo, where would you go and what would you do?

Probably buy a shitload of snacks, go to a really, really nice park and eat all of them. Then I’d walk around until I had room for a really good dinner.

Where do you find inspiration?

Comic books, tv shows—I love that cartoon characters only wear one outfit. An outfit so strong that it’s enough to just wear that one thing that totally encapsulates who you are. Sometimes I fantasize about finding my own version of that. I think that’s why I like having recurring motifs in outfits, like berets or big shoes—something that stays consistent. I like looking at stuff from when I was a kid, looking at what I thought was the coolest thing ever but I wasn’t allowed and then basically wearing that now I’m a grown up in charge of my own cash.

What do you do when you need to get yourself out of a creative rut?

I try to take a little break from whatever it is that’s causing me problems. If it’s fashion, I’ll have a week of just wearing easy things. If it’s writing, I’ll try and focus on something visual for a bit instead. I don’t see the point in doing something that I do for the love of it unless I’m actually loving it, as forcing myself just leads to everybody feeling dissatisfied with the outcomes. Also, by filling your head with other things, you’ll generally solve the problem you had in the first place. Most of my ruts are caused by fixating on the fact I’m actually having one in the first place—does that make sense? So if you’re feeling stuck, take a break from your thoughts. Go for a walk, see some art, look at a tree, watch a show, eat a good snack. You’ll probably find something that excites you pretty quickly.

What’s the last piece of culture (book, album, film) that you’ve loved and why?

I’m an uncultured pig who only watches TV shows and Star Trek reruns. But my all-time favourite film is “Brazil” by Terry Gilliam. It’s funny, thoughtful, and has the weirdest, coolest visuals, which is basically all I aspire to be. It focuses heavily on the theme of escapism, which is truthfully what I’m all about.

I want to be successful without making any compromises to my personality. I’d like to speak up more, shout a little. I want to stay kind. I’ve come a little way by being myself, so I hope that strategy keeps working out for me. 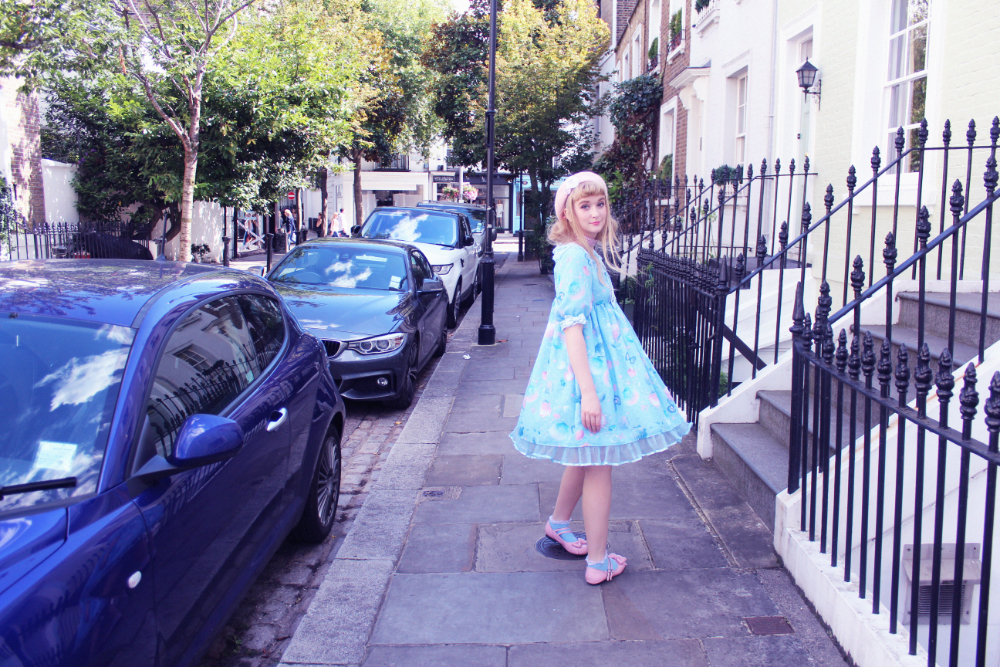 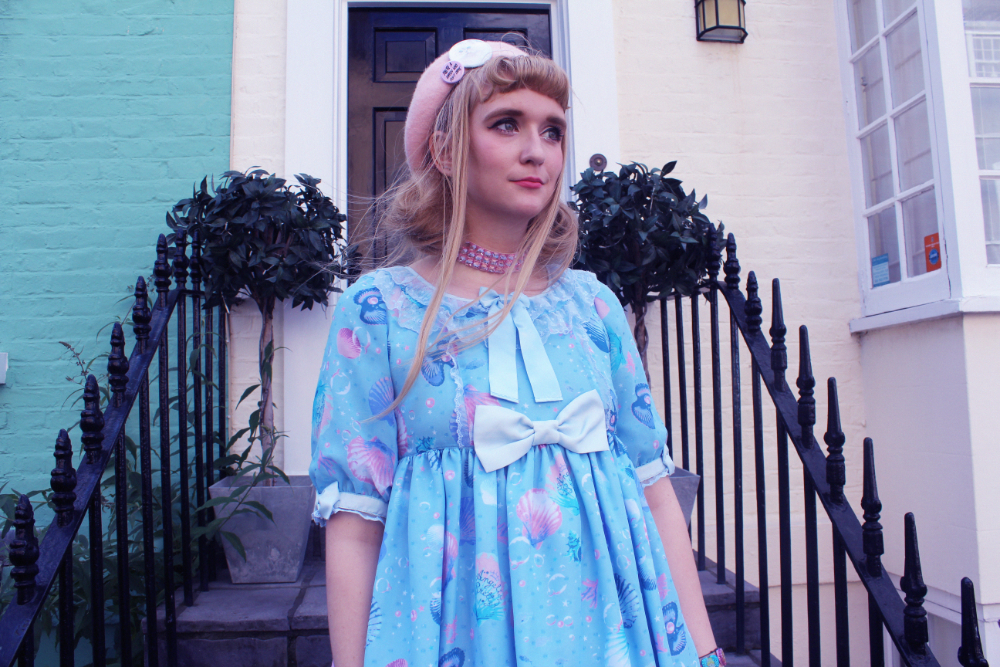 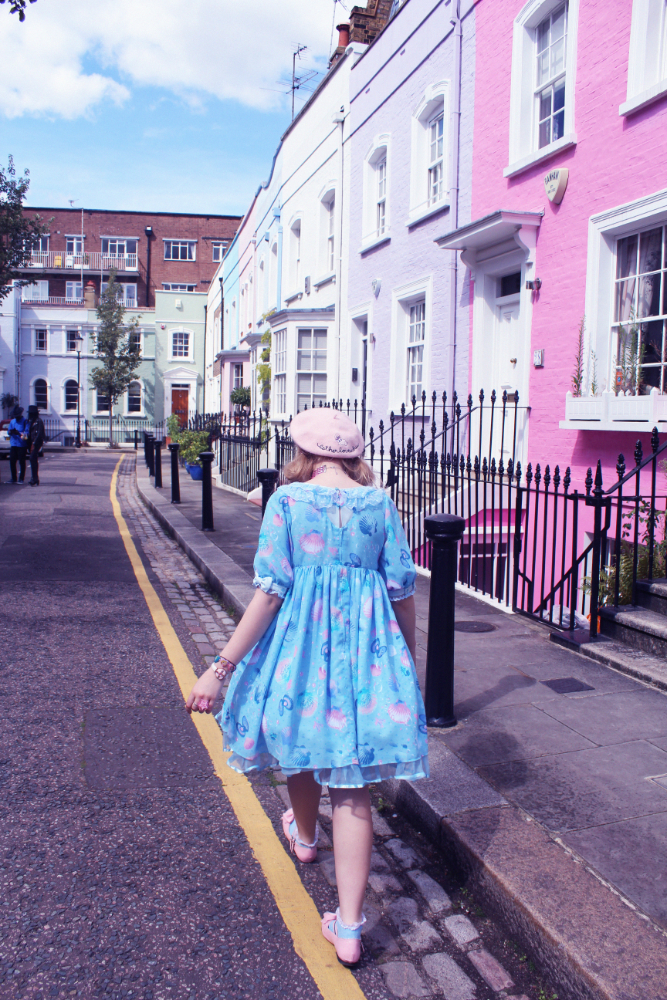 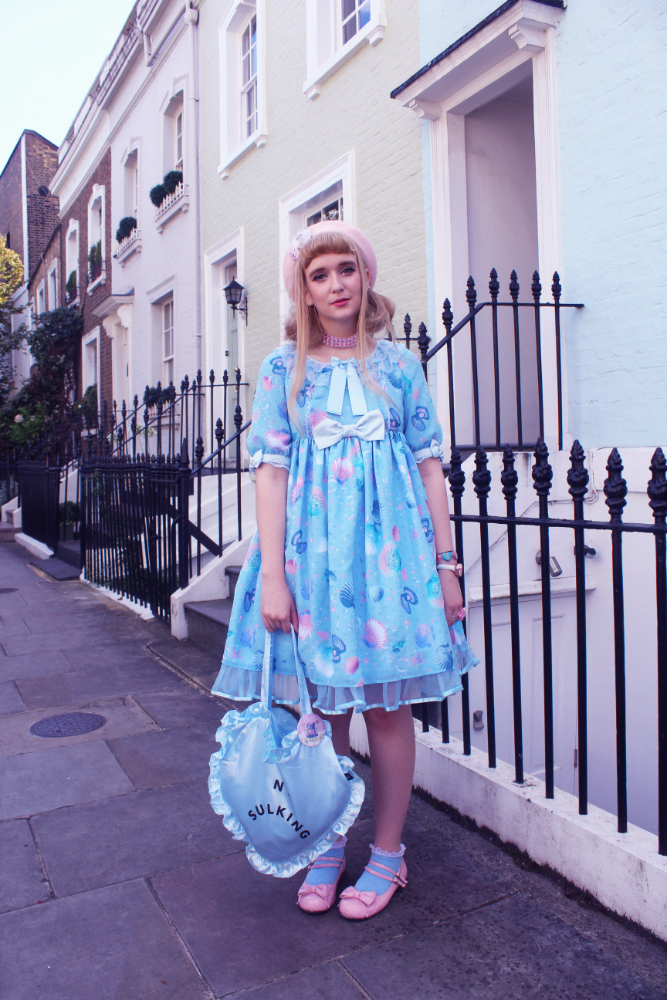 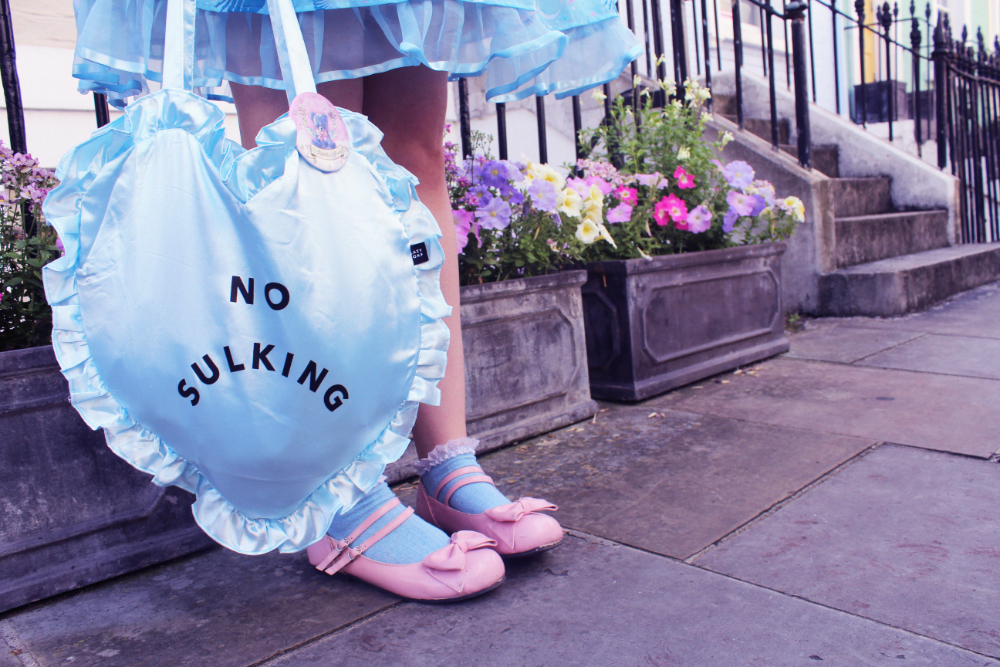