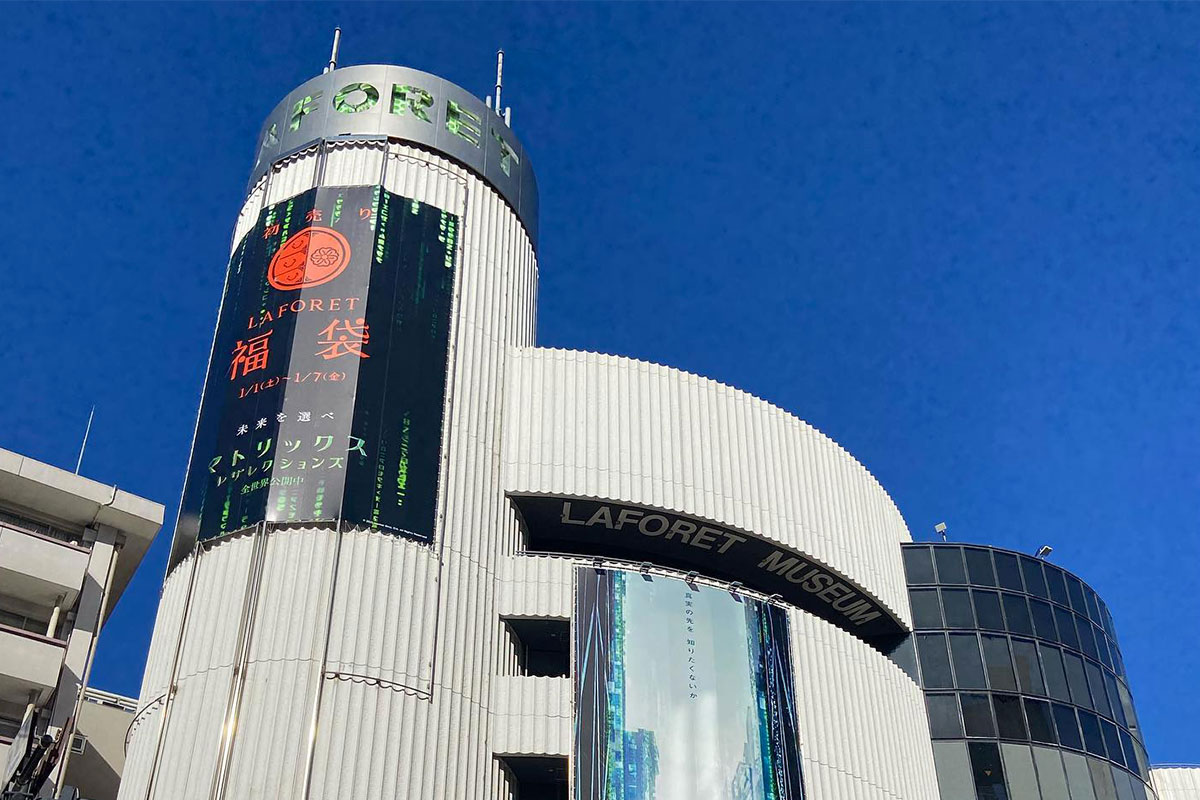 Big Shops, Big Dreams – The Importance of Laforet and Shibuya109

You’ve probably heard of Laforet and Shibuya109, two of Tokyo’s most long-standing department stores. Now very popular shopping destinations for tourists and locals alike, they didn’t just become successful by chance! Did you know that Laforet meticulously set out to make Harajuku the “city of fashion”? Shibuya109 was run-down and ignored until gyaru girls swooped in like Esperanza platform wearing superheroes to save it.

In 1977, Harajuku’s main appeal was Meiji Shrine with an average of five thousand people visiting it every year. Soon everything would change! In 1978, Laforet opened its doors at the Jingumae intersection, et voilà! In what seemed like a flash, Harajuku started being called the “city of fashion!” But how so? The reason is a bit deeper than you think. The name “Laforet” comes from the French word “La forêt” meaning forest. Individual trees make up a forest, right? So when creating the department store they imagined Laforet as a giant forest (the store) made up of many trees (individual shops). So when you nurture each tree, the entire forest flourishes! Beyond Laforet, Harajuku was thought of as an expanding forest with roots sprouting out from Laforet. With this mindset, when Laforet grew, more shops opened up alongside Laforet and Harajuku also grew!

Community was integral to Laforet. Both the director and shop staff worked with the local shopping district in grassroots city-development efforts such as Harajuku clean-up activities and even a crime patrol watch. Harajuku wasn’t as frilly as it is now and to counter some dicey side streets, Laforet began a crime patrol watch that the town council and Tokyo Metropolitan Assembly soon joined. 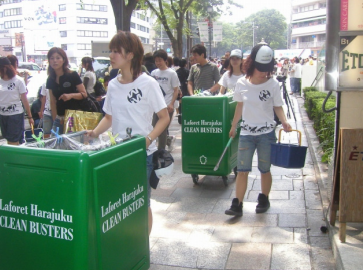 Harajuku being dubbed as the “city of fashion” was no accident either! Laforet attracted shoppers by encouraging all shops to incorporate the slogan “city of fashion, Harajuku” onto every business card and calendar. Ah, the power of branding. They also used a business practice called “incubation”. They chased after promising young designers and offered them retail space in Laforet, regardless of how financially well they were doing. In 1987, Laforet launched the shop “Hyper on Hyper” which displayed carefully selected products from rising designers. There were similar projects in 1997 and 2004 called “L Factory” and “Side by Side” which had the aim of elevating global designers.

To maintain their status as the frontier of fashion in Harajuku, Laforet has come up with innovative ways to keep the customers coming back. Quiz time! What does a university student, a J-pop idol and a shop in Laforet have in common? They graduate! To maintain momentum, brands that make record sales or who become “too big” for Laforet move on to make way for newer designers. And of course being situated at the centre of Tokyo’s street fashion hub, the department store caters to those into alternative style. The basement boasts many Lolita boutiques like Angelic Pretty, Alice and the Pirates, Metamorphose and Miho Matsuda. 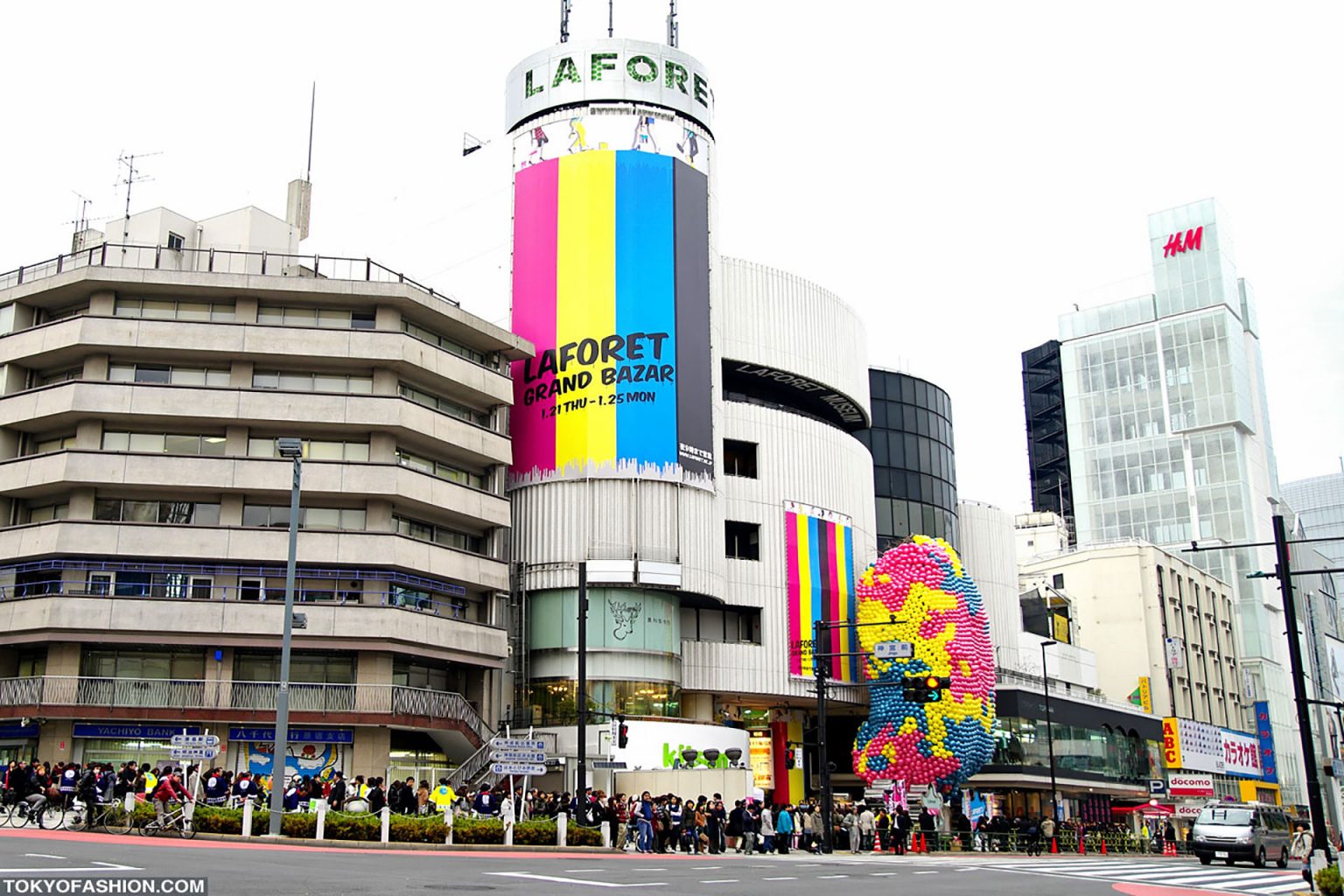 Twenty minutes walking distance from Laforet, Shibuya109 (a.k.a. ichi-maru-kyū or maru-kyū) opened in 1979, just a stone’s throw from Shibuya station. We now know Shibuya as the natural habitat of gyaru, thanks to monuments such as Shibuya109. Only the department store didn’t set out to cater to gyaru at all!

Hardly anybody knew about Shibuya109 in its first decade, and it wasn’t exactly a fashion hotspot. But in the early 90s when gyaru was growing in popularity, they were drawn to the brands Me Jane, Love Boat, and Esperanza located in Shibuya109. These brands emphasized a sultry, summery look with short belly tops, flair mini-skirts and towering platform sandals. So Shibuya109’s owner had an idea! The store got a makeover in the mid-1990s, and more gyaru fashion stores were invited in. Gyaru wannabees flooded Shibuya and made a beeline to it, assuming that any garment located within this store was “gyaru” attire. 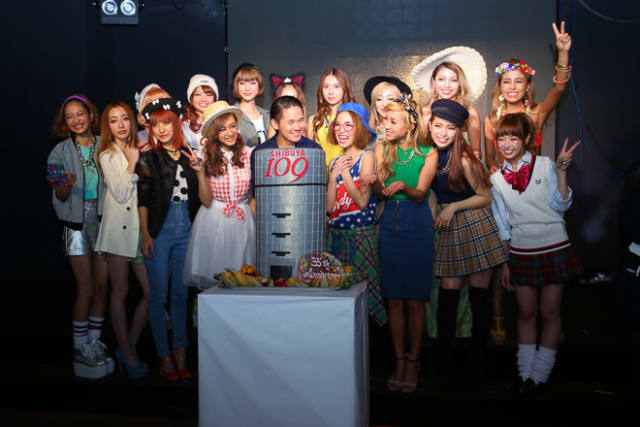 Like Laforet, Shibuya109 had innovative ways to make the shopping experience more exciting! For example, 109’s shop staff were gyaru fashionistas and were dubbed “super charisma clerks” because they did more than work in a shop, they were spokespeople for gyaru brands. Young gyaru listened to them for trend advice, and then bought every recommendation as if they were their big sisters. The shop staff were all over gyaru magazines as brand advocates, resulting in even more customers flocking to Shibuya109. Brand owners (wisely!) listened to them for merchandising and marketing advice, resulting in a bottom-up business model. Based on gyaru’s choices, 109 made rapid modifications to stay up to date. The girls remained in control, not magazine editors or big brands! 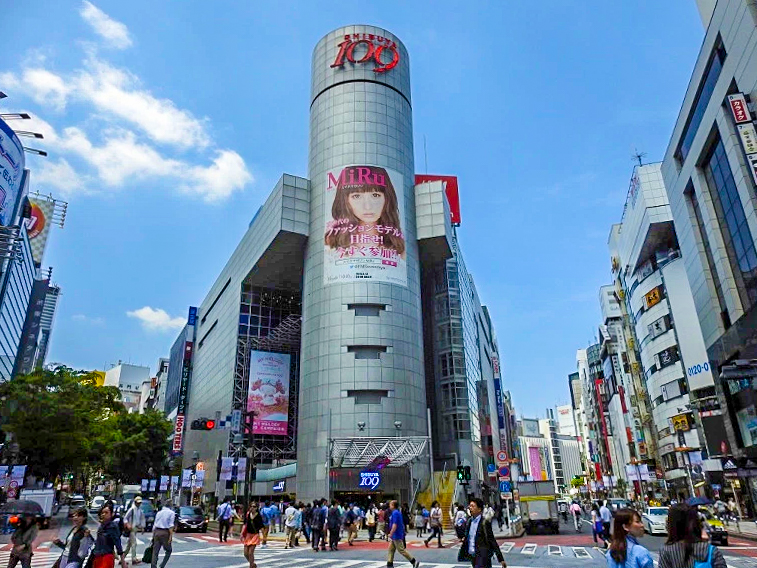 Laforet and 109 remain important. It was from these shopping meccas that the fashion district Harajuku and Shibuya spread out and alternative substyles grew. When a Lolita across the world sees a photo of Laforet, she instantly recognises it. Just like how a gyaru would be able to find Liz Lisa in Shibuya109 blindfolded.

All this talk of shopping has us in the mood for a Laforet and 109 spree! Which department store is your favourite, and why?