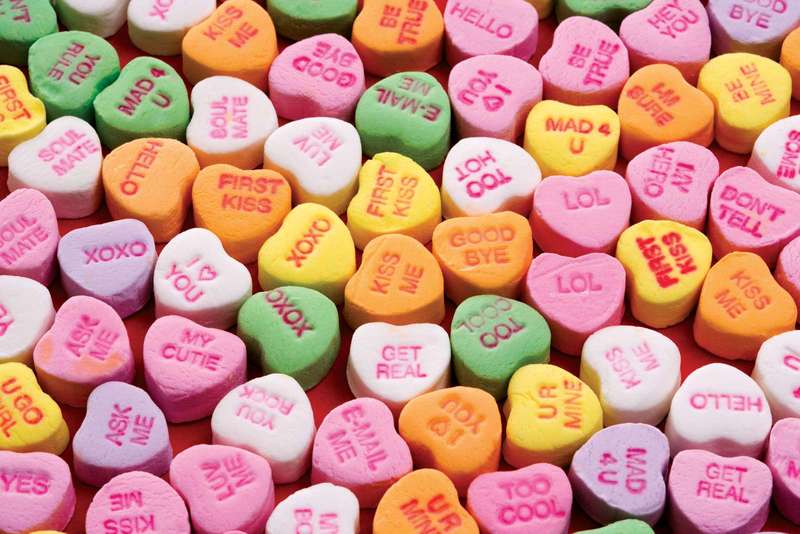 Cupid’s always busy on 14 February. Why? Because it’s Valentine’s Day—the day we celebrate love! People display their love for one another by sending cards, roses and chocolates. Couples eat and dance, while singles watch Titanic—alone. But, not every Valentine’s Day is the same, and underneath all the hearts and roses is a complex system of social norms and values.

The origins of Valentine’s Day are an enigma. There are three dudes who could have been the true St. Valentine. The special day supposedly goes back a long, long time to third century Italy, where a priest from Rome conducted private weddings for soldiers. At that time Emperor Claudius II had declared that single men made the best warriors. (Probably because the ones in a relationship would rather stay at home with their partners.) Now here’s where the story gets really sketchy. Some say that Valentine managed to slip his girlfriend a note saying, “From your Valentine” before being executed, while others say it was all to do with something about the jailer’s blind daughter. Whatever the origins, modern-day Valentine’s Day is a whole new ball-game.

An ideal Valentine’s Day date in the West involves a romantic dinner where couples exchange gifts as a token of love. But a typical one usually consists of a takeaway or an “I love u” text. Maybe a night out at the cinema? But who really feels the love in the air with so many other couples out and about doing the same. 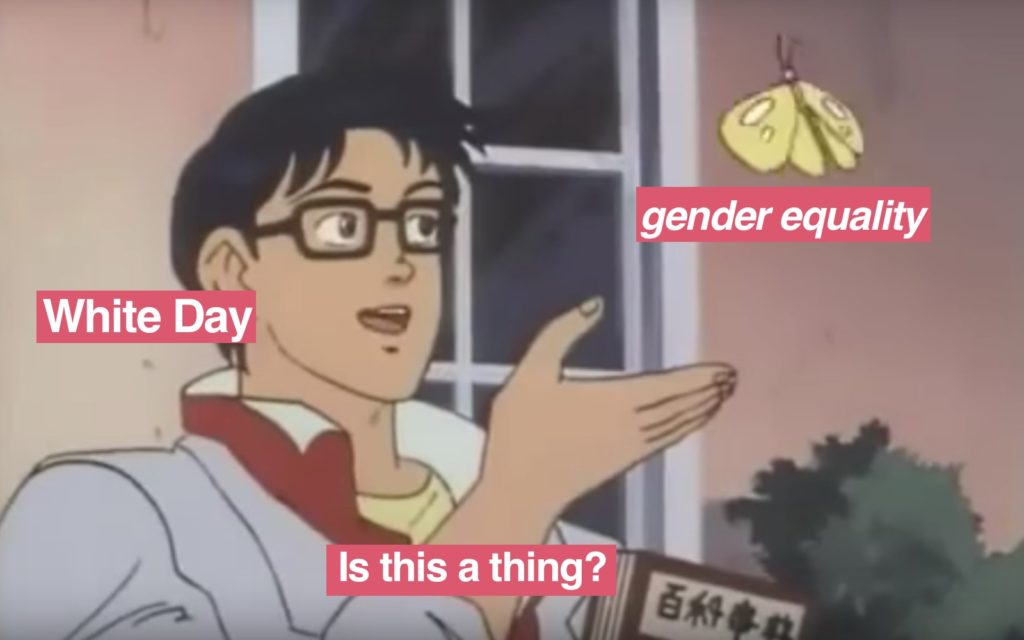 In Japan, women give homemade chocolates to men—a gender reversal of western Valentine’s Day customs. But the whole thing is done in a totally unromantic way. Giri choco (obligatory chocolate) is given to male bosses and basically almost every man a woman encounters. In recent years, some companies have banned giri choco because it can quickly turn into harassment.

On 14 March, the favour is returned in the form of White Day. Men give white marshmallows, cakes or gifts to the women who bought them chocolate the month before. White Day presents are supposed to be more pricey, and it ends up being a stressful day for all involved. Men have to figure out what to give back, and women have to deal with the awkwardness of getting an expensive present from someone they barely talk to. It quickly dissolves into something transactional: you gave me A, so I must give you B. There’s absolutely no romance! As a result, Valentine’s Day and White Day in Japan have steadily seen a decline because of the costs and evolving gender dynamics.

On top of the awkward back and forth exchange of obligatory confectionery, traditional gender stereotypes and sexual orientation seem to be assigned. Women are raised to expect romance, and they consume media with the understanding that it is a real-life representation. Shoujo manga and boyfriend roleplay ASMR make women crave a romantic connection, whether it’s a reality or fantasy. The reader can live vicariously, falling in love with the love interest without having to worry about any of the downsides of love like heartbreak and disappointment.

“Why do we teach girls to aspire to marriage and
we don’t teach boys the same?”

Women are also raised to aspire to marriage. As award-winning author Chimamanda Ngozi Adichie asks, “Why do we teach girls to aspire to marriage and we don’t teach boys the same?” TLC had us raising our boy standards with their anthem “No Scrubs”, FEMM’s “No Boyfriend” makes us want to sing karaoke with our single kickass friends, and “Single Ladies” by Beyoncé has empowered women so much it’ll live in pop culture history forever.

But then men shoulder their own burdens. Gender stereotypes tend to dictate that romance is something that men are responsible for. When have you ever seen a girlfriend buy roses for her boyfriend?

The worst thing is that businesses make people in relationships feel compelled to spend more than they can afford. Marketing departments understand this and prey on it. Advertising normally gets more gendered in the weeks leading up to Valentine’s Day. Perfume shops advertise with slogans such as “She’ll love you forever”. The price of chocolates and flowers go off the charts in order to coax thrifty couples to wait a day to celebrate so that they can give each other discounted chocolates and enjoy a romantic meal without the crowds. Card companies push Valentine’s Day marketing so hard that it is a given, we don’t think twice about it. Gifts end up being the only way that you can prove your undying love.

So, by the end of 14 February, when you are done with all the eating, dancing, card-sending, and rose-giving, major companies are ramping up for the next year. And a day that started out as something pretty innocuous has morphed into a fluffy, pink, love monster. Many of us buy into it without thinking, but maybe we should take the next Valentine’s Day as a chance to reconsider what we are doing.