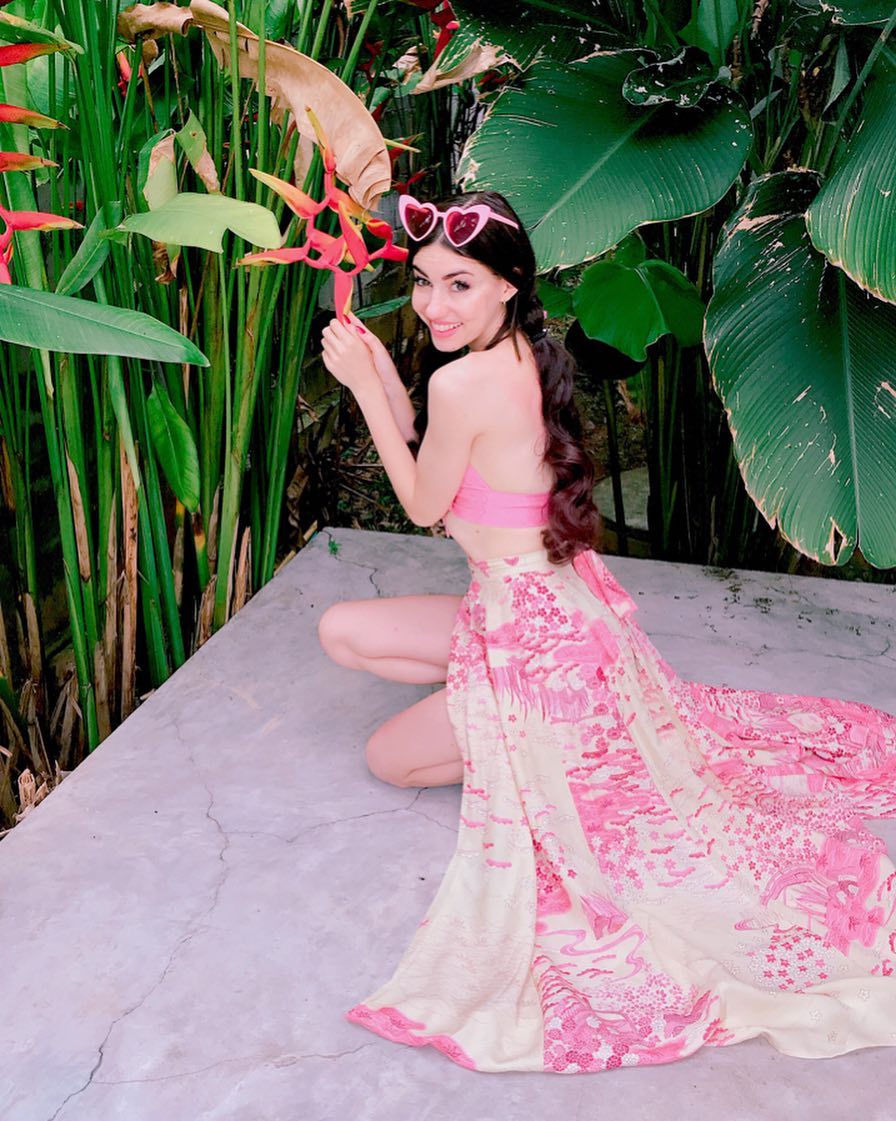 Manon is a Sydney-based designer who upcycles pre-loved kimono by using the fabric in her own designs for her brand Strawberry Skies. Something emphasised by Manon is ethical fashion—she advocates the usage of minimal resources and supports independently-made clothing. Having lived in Tokyo for four years, Manon draws on Japanese culture for inspiration, whether it’s the kawaii styles of lolita, or the traditions of kimono. In an interview with The COMM, Manon said her “overarching theme[s] [are] softness, fantasy and femininity”, and we think her designs are just that! 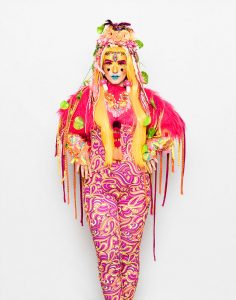 Rosie is a conceptual artist based in Brighton, England. According to her website, Rosie Hammick “is inspired by nature and psychedelia, bringing the two together to create a hyper reality” and this is so apparent in her work—you’ll see visuals such as toadstools, vivid colours, flowers, and elf ears! All are present in nature (you don’t believe in elves??), yet there’s something so ethereal and surreal about Rosie’s works. It’s like an amplified version of reality. And an underlying theme is, of course, pink—perhaps because it’s the most enchanting colour of all! 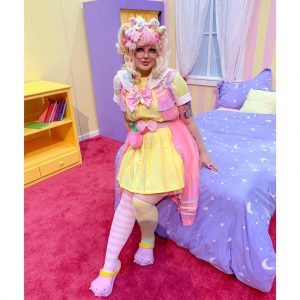 Happyunbirthday, a.k.a Venus Thightrap, a.k.a. Tori, is an American performance artist. Tori describes herself as a “cyberpop alien” and we cannot dispute this. Just a scroll through her Instagram showcases her neon-stained, intergalactic style. Often adorned in handmade ear headbands, Tori is known for her animal-inspired outfits. Imagine a cat-human hybrid dressed for clubbing—on Mars! Her ears are so popular that you can purchase a pair on her Depop! Tori is a bio queen or faux queen, meaning a female drag performer who dresses in a way that expresses an exaggerated form of femininity. She’s also a makeup wizard, and her looks can range from soft, ethereal fairy to that demon you see during sleep paralysis. To play upon the role of aesthetics in gender, she has been known to wear a pink sparkly beard! 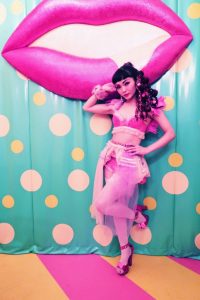 Image courtesy of The COMM.

“My weird fiction is my reality,” Yuka proudly states on her Instagram. Watching Yuka’s performances is like being in an oddly kinky fever dream of Alice in Wonderland. Yuka performs burlesque—but with a Tokyo twist. What’s the twist you ask? We’ll give you a hint: she regularly performs at the famed Kawaii Monster Cafe. Latex. Lace. Leather. Super sexy, yet Yuka manages to make it kawaii. How is this achieved? Through the colour pink! Admittedly, it’s pretty surreal to see a Harajuku girl, clad in a latex maid’s outfit, coquettishly dancing to playful jazz music. But it works, and it’s so unique! Head on over to Yuka’s Instagram to check out some of her performances. Or better yet, check it out IRL at the Kawaii Monster Cafe if you are in Tokyo! 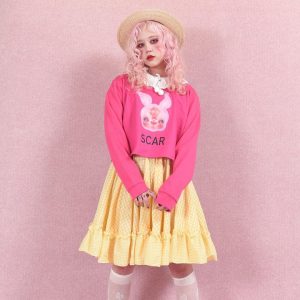 Desserts. Baby animals. Eeriness. What do these three things have in common? They’re all concepts featured in Tokyo-based Mimi’s artwork. Her look has a touch of Yami Kawaii, meaning details like bandaids, blood, and needles. Through paintings and T-shirts her artworks often depict cute baby animals, for example a lamb or a bunny, in a not-so-pleasant state of mind. Maybe they’re in pain, wearing a bandaid on their nose, or maybe they’re lonely, lying in the fetal position and gazing at nothing in particular. Mimi gives you fluffy-cute and pastel hues but remember: there’s always a twist.