No matter how gross you feel, having cute nails makes you feel at least a little put together. From the ultra-long sparkly gyaru talons of the late 2000s to the anime-inspired ita nails, Japan is at the forefront of nail innovation. So, it’s no surprise that they’ve got another trend brewing. The pukupuku nail or puffy nail is basically a 3D blob of buildable gel on the nail surface. (It looks way more interesting than it sounds—trust us!) Read on for some of our fave pukupuku nails for Spring 2021. 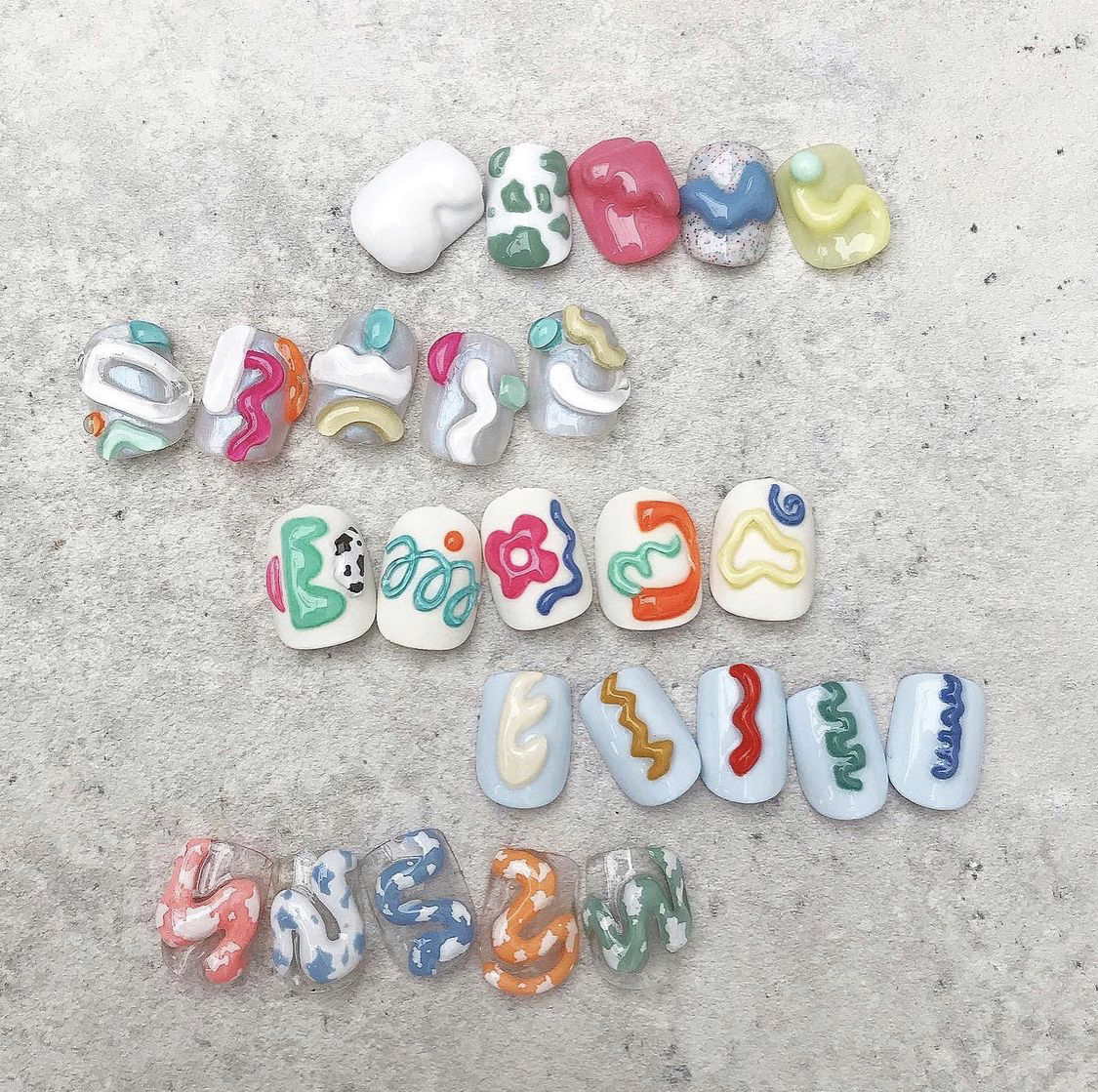 This iteration of the trend gives us major Memphis Design vibes with colourful puffy squiggly on top of a plain nail base. Hen-deco (meaning weird deco) nails are known for their bright punches of pastel and asymmetric pop designs combined with motifs like cow print, flowers and grid lines. The cartoony feel of this style lines up quite nicely with the rising “kid-core” trend in Western fashion. 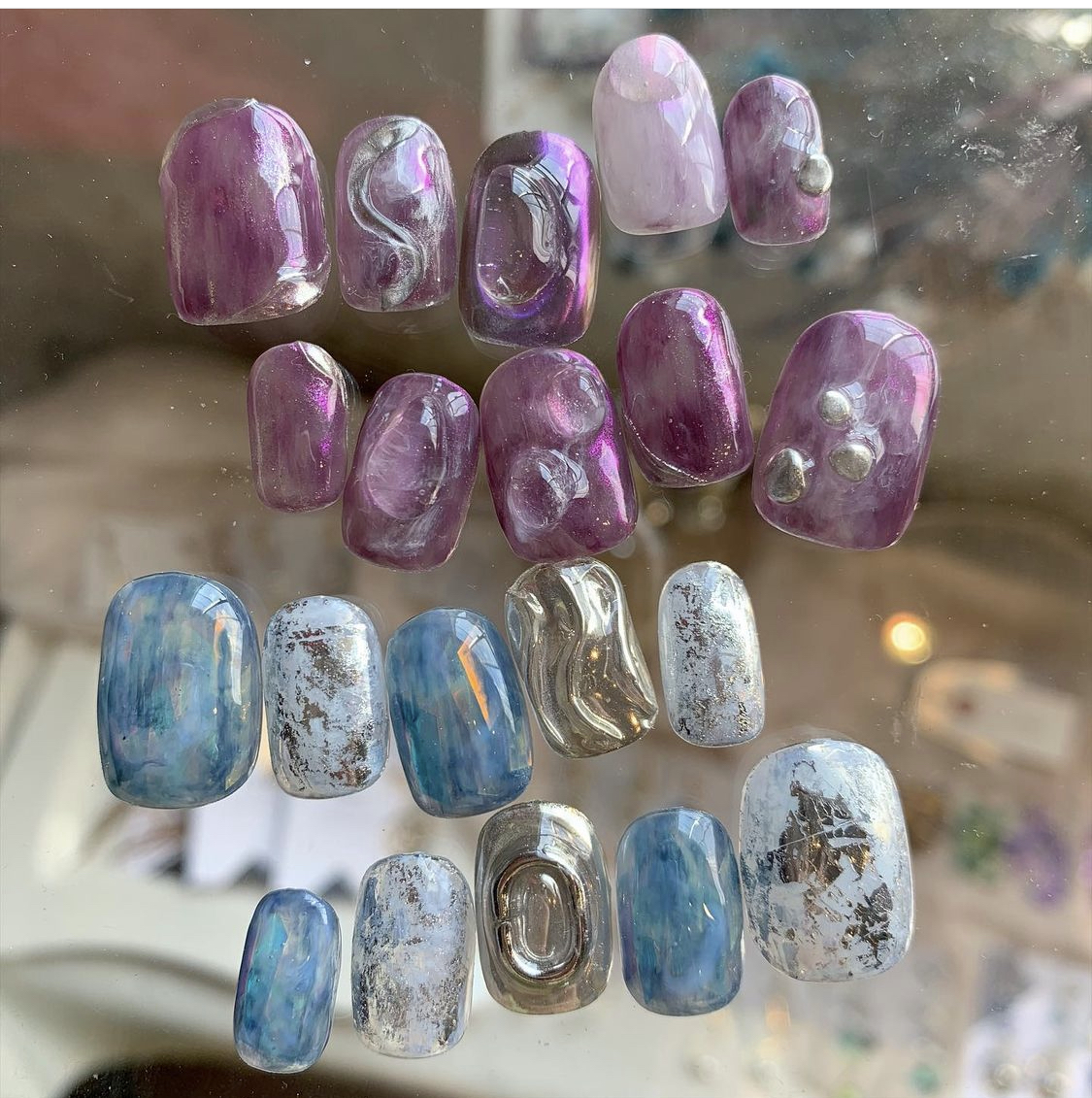 Nuance nails have been popular with young female office workers for a few years now. The idea is to use lots of different techniques, parts and designs to create a totally unique but cohesive look. While the original version tends to be on the conservative side, the pukupuku version is more sculptural and uses flashier colours and shapes. These are probably the easiest look to replicate by yourself at home, so they are a fun way to show off your individuality if you have a gel kit! 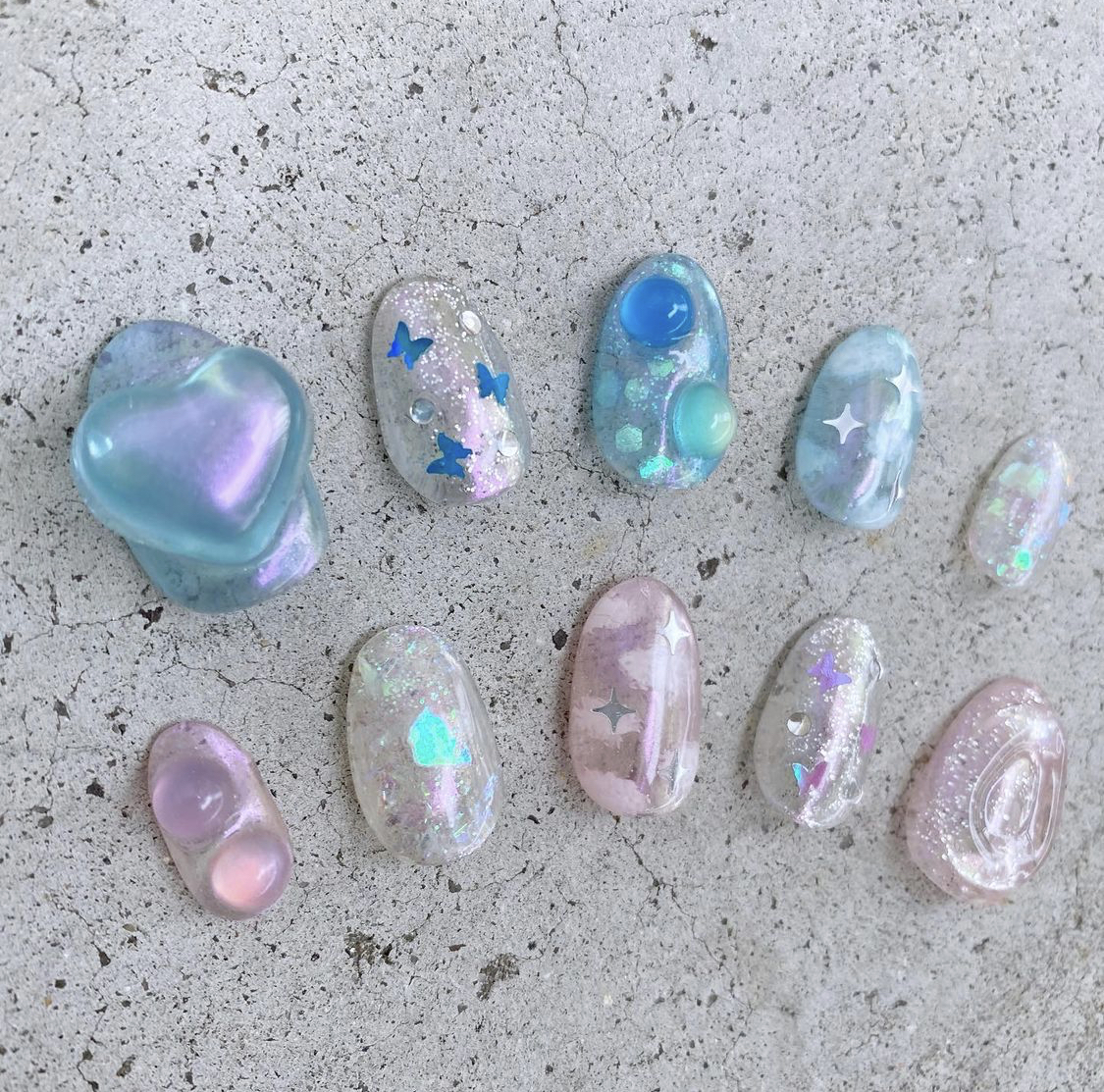 These are easily the cutest version of the pukupuku nail. Clear, colourful gel globs are shaped into hearts, raindrops, bears and fruit to create nails that look good enough to eat! (But seriously, don’t eat your nails! That’s begging for a Gorilla Glue girl hospital visit!) These yummy gummy nails are the sparkliest on the list thanks to an abundance of glitter, shiny inlays and embedded jewels! 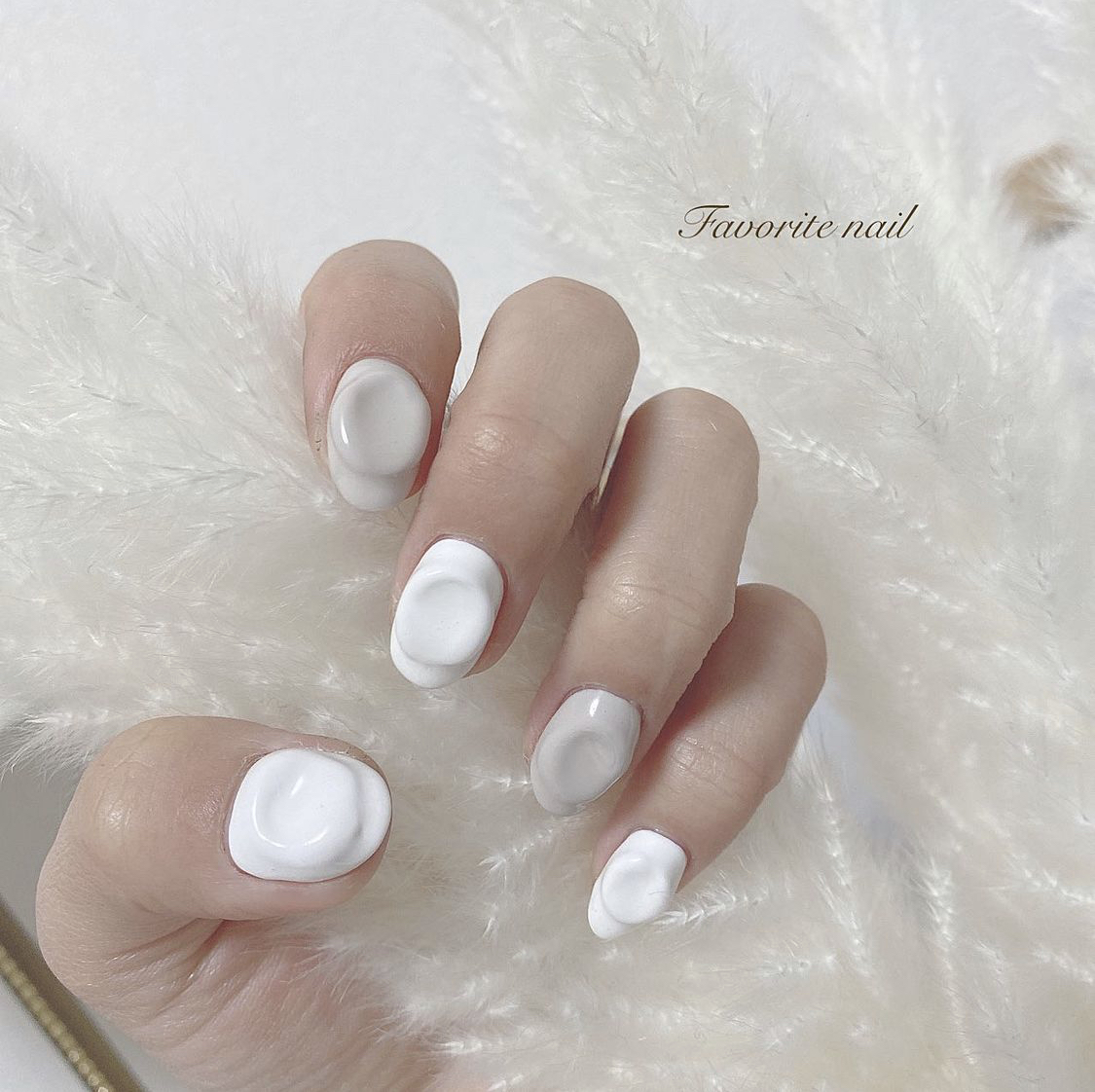 Named after a traditional Japanese kid’s game, Ohajiki nails look like flattened marbles—like the kind you’d find at the bottom of a fish tank. These are probably the most divisive nails on our list. Despite being minimalist in design and colour, these nails trigger the most irrational rage in people. Why would you want nails that resemble craters? Hot or hideous, Ohajiki nails are bound to get people talking.

There you have it, folks! Love them or hate them, you can’t deny that these nails make a statement. What do you guys think? Are you going to be telling your friends about Pukupuku nails? Let us know!