10 Events You Can (Hopefully, Possibly, Maybe) Attend (in the Near Future)!

Whether it be the Met Gala, Superbowl, or Cannes Film Festival, there are a range of events that we all look forward to each year. Even if the pandemic has completely transformed how we attend these events, the show must go on! Many have gone virtual or have become a hybrid and the community is no different. The COMM has curated a list of community events that you should be saving the dates for this coming year!

The first on our list is HyperJapan! Held in London since 2010, HyperJapan is a cultural festival that celebrates Japanese cuisine and its well-loved pop culture including anime, manga, music, gaming etc.! The event grew in scale and attendance with their 2011 HyperJapan event that raised funds for the Tōhoku earthquake and tsunami. HyperJapan will be held online this summer and plans are in place for an offline festival in 2022. Fingers crossed it all works out! 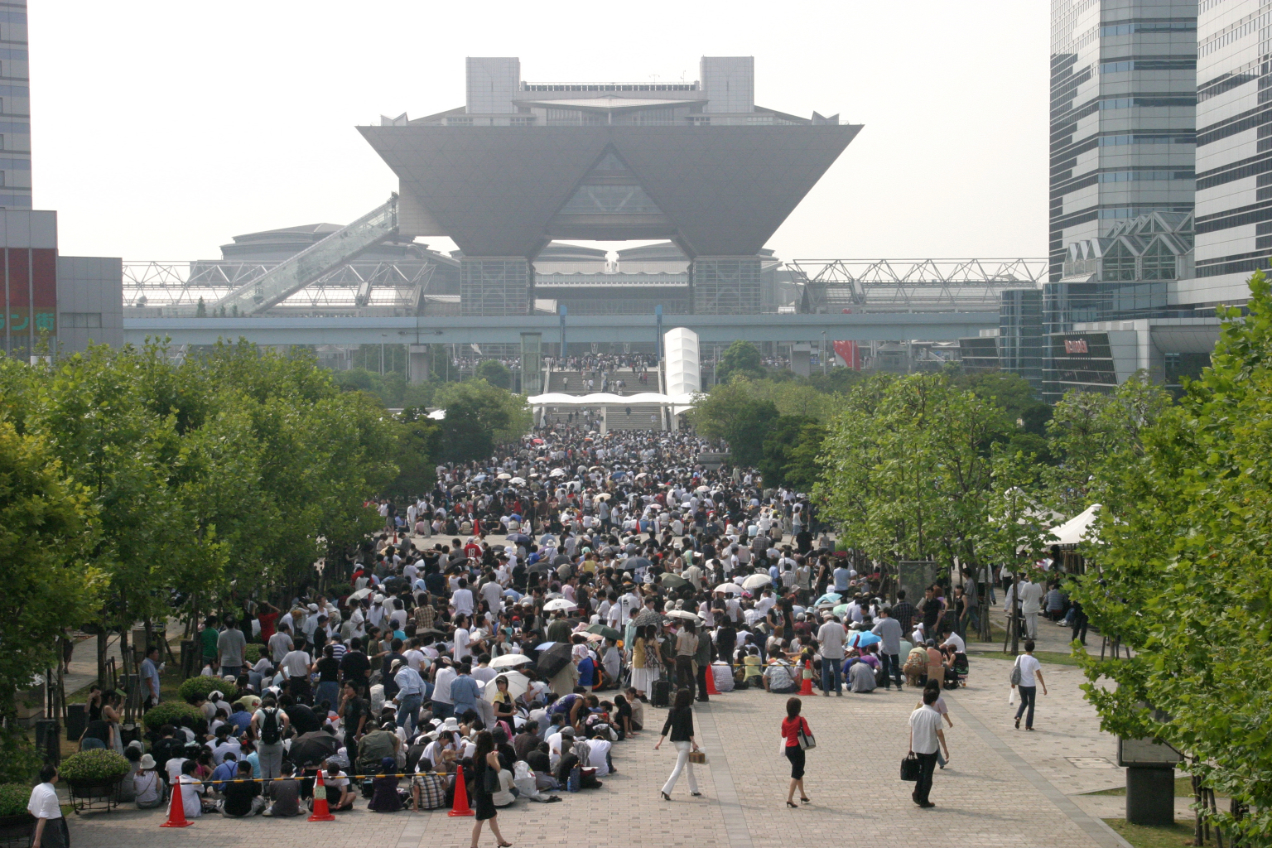 We know what you are thinking! But this event isn’t entirely dedicated to the fried dish Chicken Katsu! KatsuCon is a three-day Japanese cultural convention in Maryland that has been held every year since 1995! At KatsuCon, you can explore Japanese culture through activities like costume contests, visiting maid cafes, playing cosplay chess, and more! Unfortunately, KatsuCon was cancelled in 2021, but KatsuCon will hopefully be open to everyone next year. 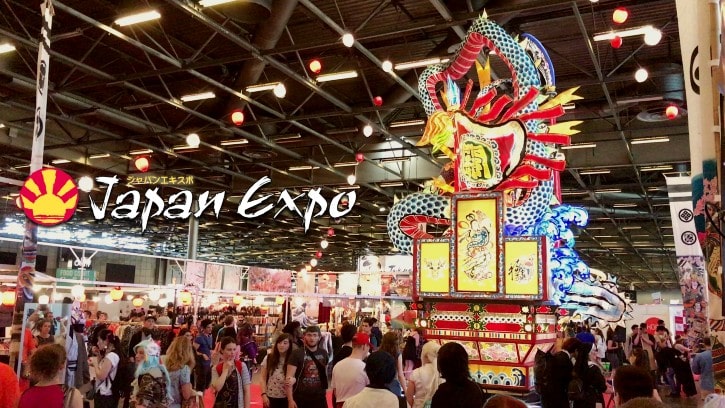 JapanExpo was first held in 2000 in Paris with the ambition of sharing the nation’s passion for Japanese pop culture with the world, and building a solid community of like-minded enthusiasts across Europe. In late 2019, JapanExpo celebrated its 20th anniversary with the Gundam creator and musician, Go Nagai in attendance! The event has been postponed twice since the pandemic hit, but hopefully 2022 will be the year that the community can come back together. 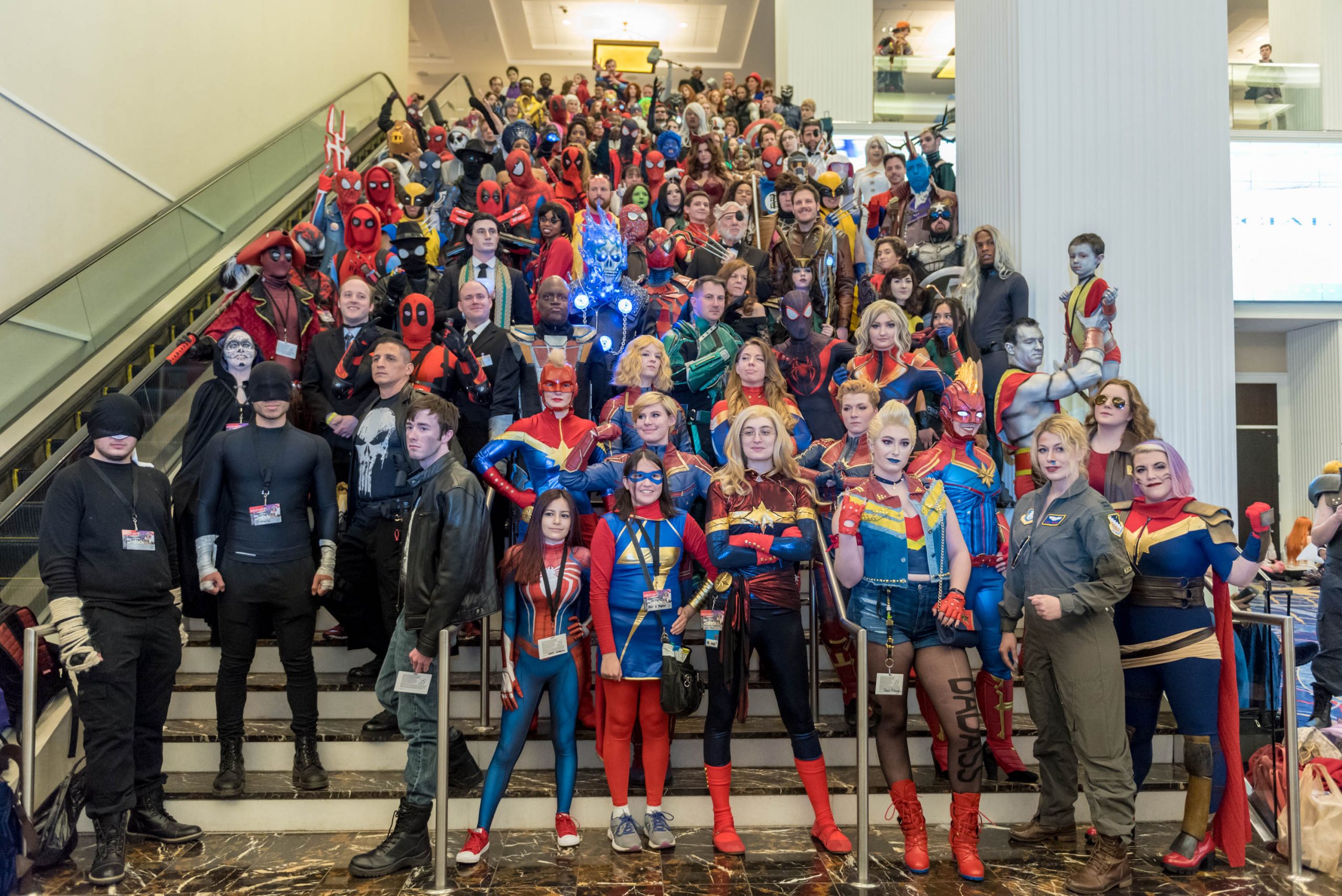 For all cosplay fans and doujinshi collectors, Comiket is the event to mark on your calendar! With over half a million people in attendance since its inauguration in 1975, Comiket is the biggest fan convention in the world—talk about massive love and support for independently self-published comics, right? It’s usually held twice a year, one in August and one in December, at Japan’s largest convention and exhibition centre, Tokyo Big Sight. So, if you’re looking for an alternative to mainstream comics, Comiket is right up your alley! 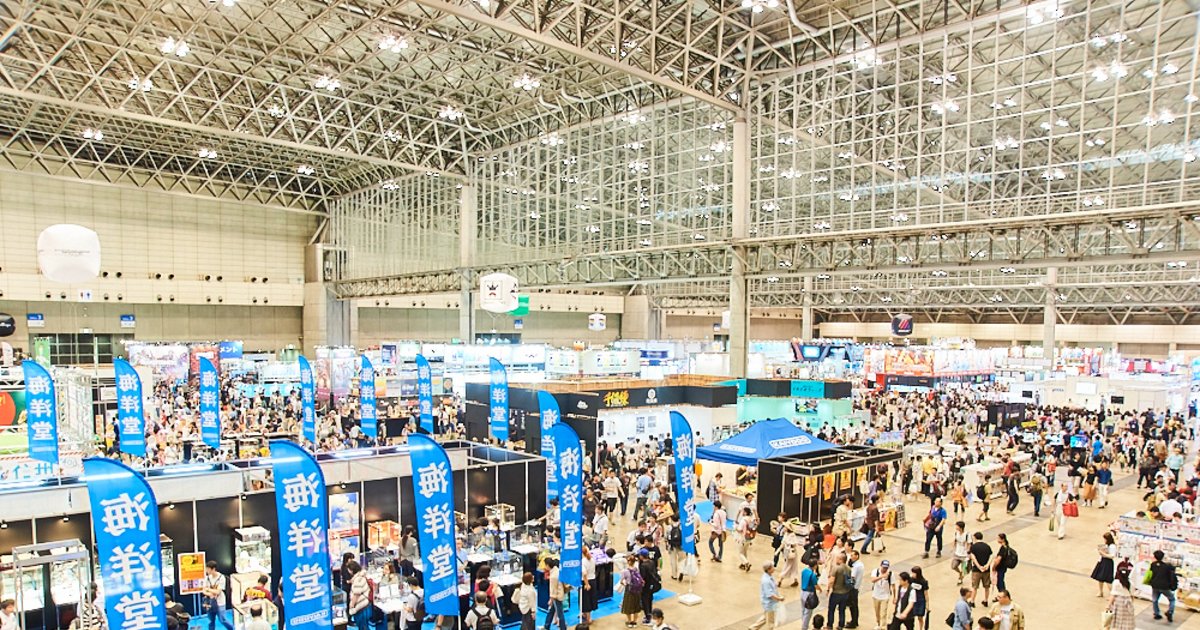 Define Tokyo’s Wonder Festival in one word. It’s a no-brainer, right? The Wonder Festival is “wonderful”! This bi-annual convention allows amateurs and professionals alike to showcase their anime models and figurines aka garage kits.The best part of Wonder Festival? Admission is free! One piece of advice before going to the Wonder Festival: don’t let your eyes fool you. There’ll be plenty of times when you find yourself scratching your head wondering whether it’s humanly possible to create such flawless figures, but these garage kits aren’t mass-produced! 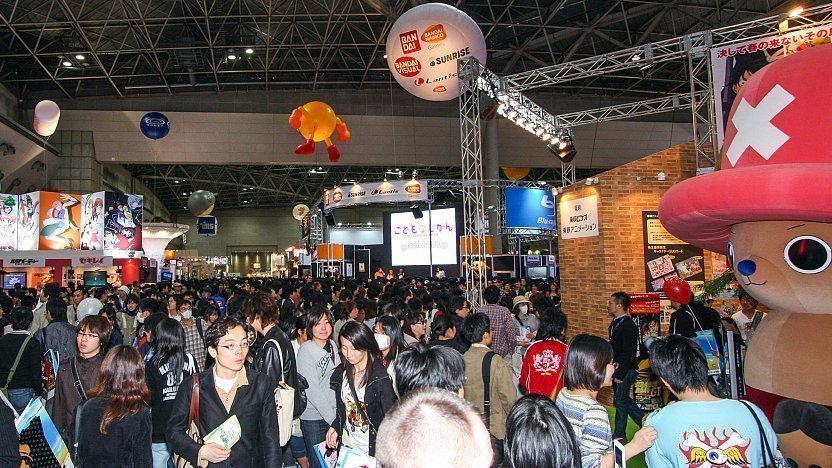 AnimeJapan will make every anime otaku’s dream come true! From anime goods, official merchandise, exclusive exhibitions, and cosplay to special appearances by the most notable names of the industry, AnimeJapan has it all. Typically held around March, AnimeJapan was cancelled in 2019 due to the pandemic, but AnimeJapan 2021 was held online and streamed in seven countries and regions this year! Pretty impressive, right? 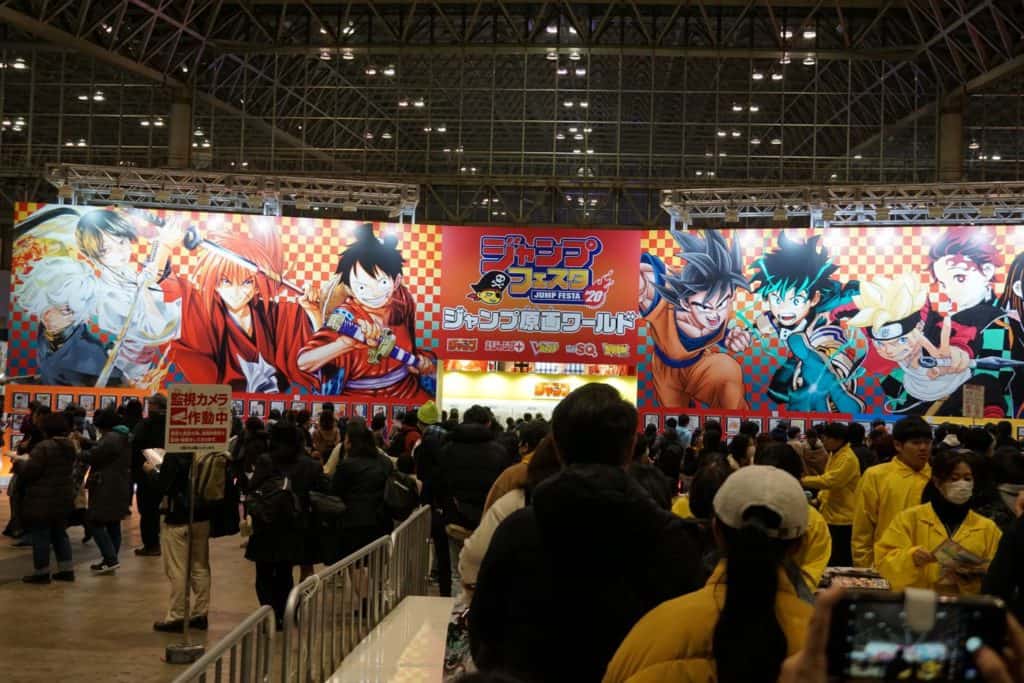 If you love Demon Slayer, Haikyū, Jujutsu Kaisen or My Hero Academia, you’ve heard of Jump Festa. At this convention, expect to see all things related to the manga and anime of Shonen Jump. The expo has been held every December since 1999, but has completely shifted online from its usual venue at Makuhari Messe. Perhaps Shueisha knew what they were doing by holding the event at the end of the year—they knew they had to save the best for last. 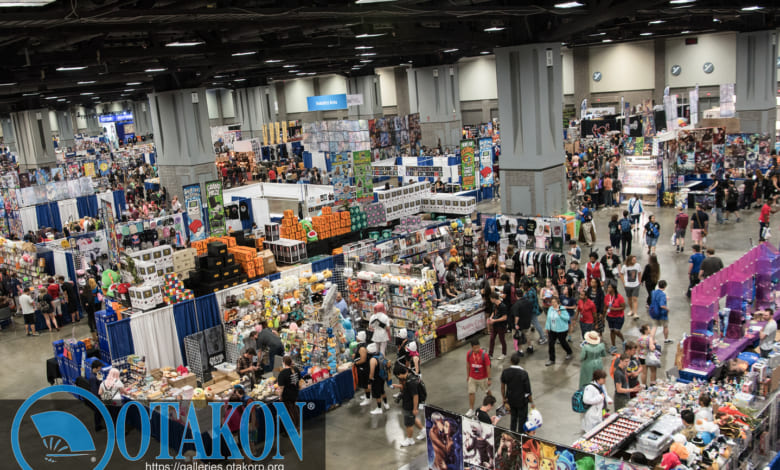 Otakon is a wonderland for all otaku! Otakon has been held in August in Washington, D.C. since 1994. The event aims to celebrate Asian pop culture and all of its fandoms. Otaku can enjoy anime music videos, art shows, a Lolita garden, maid cafes, an anime library, and even a masquerade! This year, Otakon will be held from 6-8 August at the Walter E. Washington Convention Center—how exciting is that! 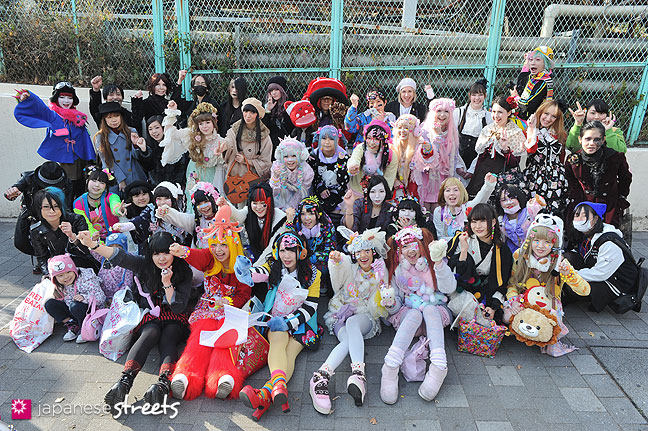 All the events listed so far are either held annually or bi-annually. Lucky for you, Harajuku Fashion Walk (HFW) is held monthly all year round! The Harajuku Fashion Walk is where all kawaii Harajuku fashion enthusiasts gather to show off their best outfits. You can’t help but notice that everyone’s dressed to impress so that they can be featured on HFW’s instagram, so watch out for the cameras if you plan on attending!

The last event on our list is the one and only Mexijuku! Since 2014, Mexijuku is where two distinct worlds collide: Harajuku street fashion and Mexican street styles. The event includes a photo session with all of its attendees and a best-dressed competition. Unfortunately, Mexijuku has been on hiatus this year. Perhaps, we’ll be seeing a revival of Mexijuku when the situation gets better worldwide!

What do you think of the events we’ve listed so far? Was there anything we missed? Which event are you most excited to go to? Let us know in the comments section below!